An ordinary morning.  As usual, there is a checkpoint but everything goes "smoothly".

7:00 - The soldiers are here and begin to open the various gates

which actually open only 10 minutes later.  There is a line of about 30 who are waiting, including wagons with donkeys or horses as well as cars.

O., the owner of the nursery, gets in place and organizes the line, making sure there will be no problems;  indeed, there aren't.

On the sign over the side of the Palestinian cars there is a listing of the hours of the checkpoint.  It says on the sign that it closes at 8:10 in the morning.  However, when the gates close at 8 and we asked why, we were told that everyone knows that 8 is really the hour of closing, even though it is written "8:10".  Both the DCO and the commanders, as well as the Palestinians, know that the hour of closing is planned to be 8;  the soldiers also thought that this was not right and not appropriate to write the wrong hour on the sign, but it isn't in their hands, so they say. 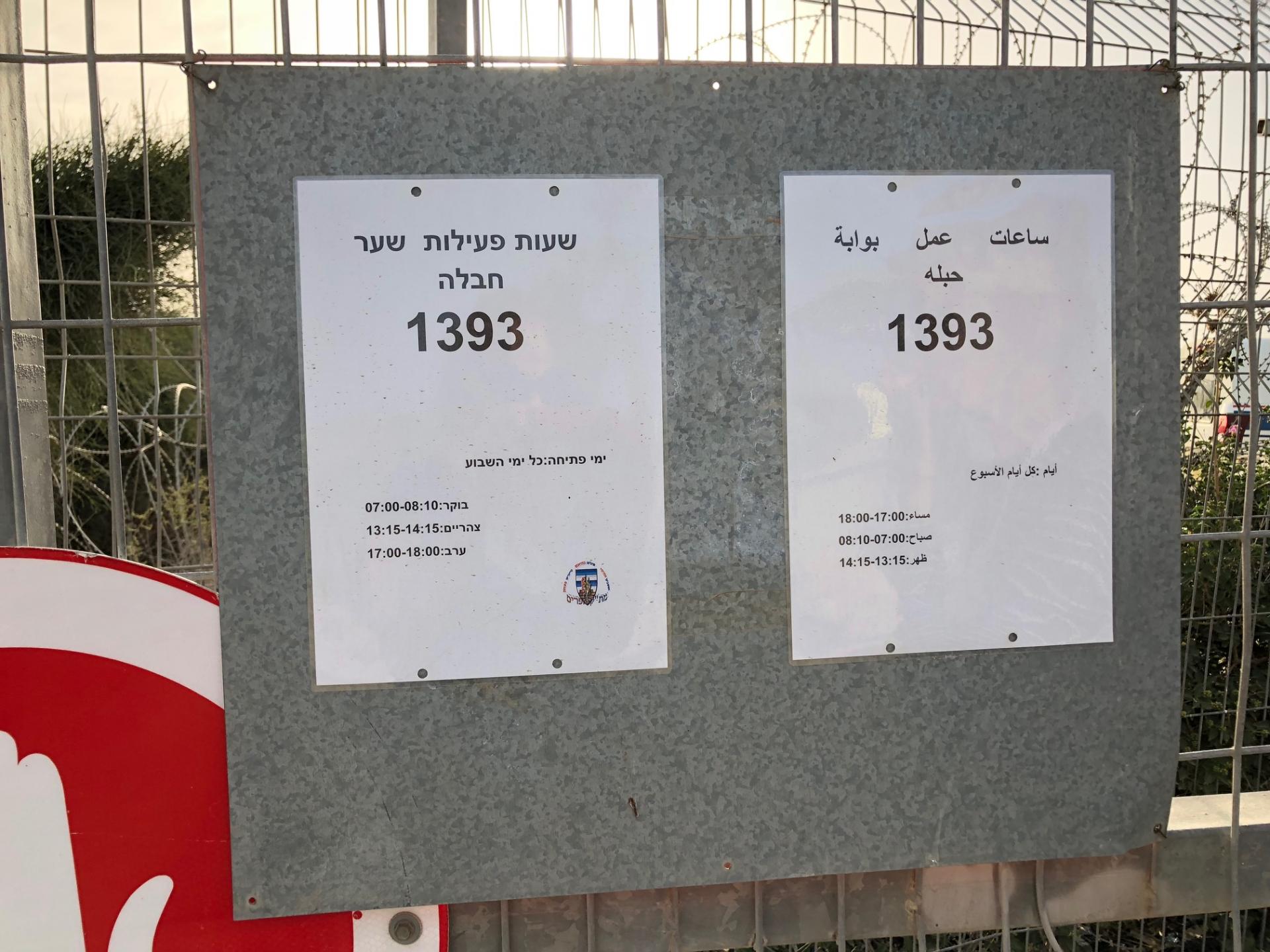 A notice with the opening hours of the checkpoint
Photographer:
Nina Sebba 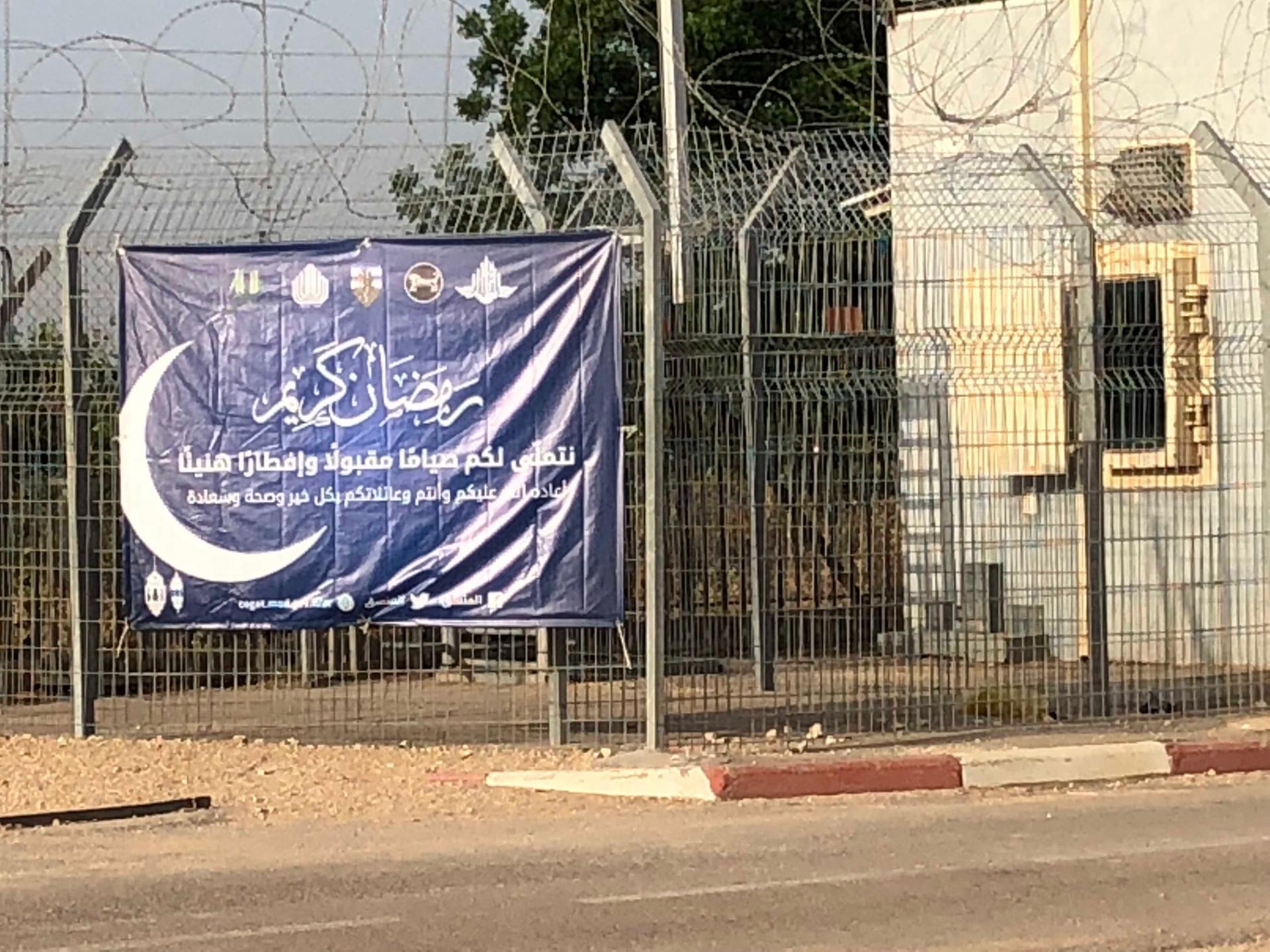 A notice with a Ramadan blessing
Photographer:
Nina Sebba

On the road along the fence 2 bicylists appear, doing their morning workout.  Who allows them to ride there - only the gods of the IDF know, but it doesn't seem to bother anyone.

At about 7:30, the line thins out and remains short.  Perhaps there are less people going through because of Ramadan - not clear, but O. tells us that most of them return in the afternoon and in the evening there is almost no one.  A. tells the DCO that it is possible to shorten the hours of the opening of the gate in the evening until the end of Ramadan.  What luck that there are also Palestinians who care about the IDF!

In the area of the citrus orchards, on the seam line, there was a military jeep, perhaps looking for infiltrators.