Northern checkpoints: Where is the occupation | Machsomwatch
Skip to main content
Back to reports search page

Northern checkpoints: Where is the occupation 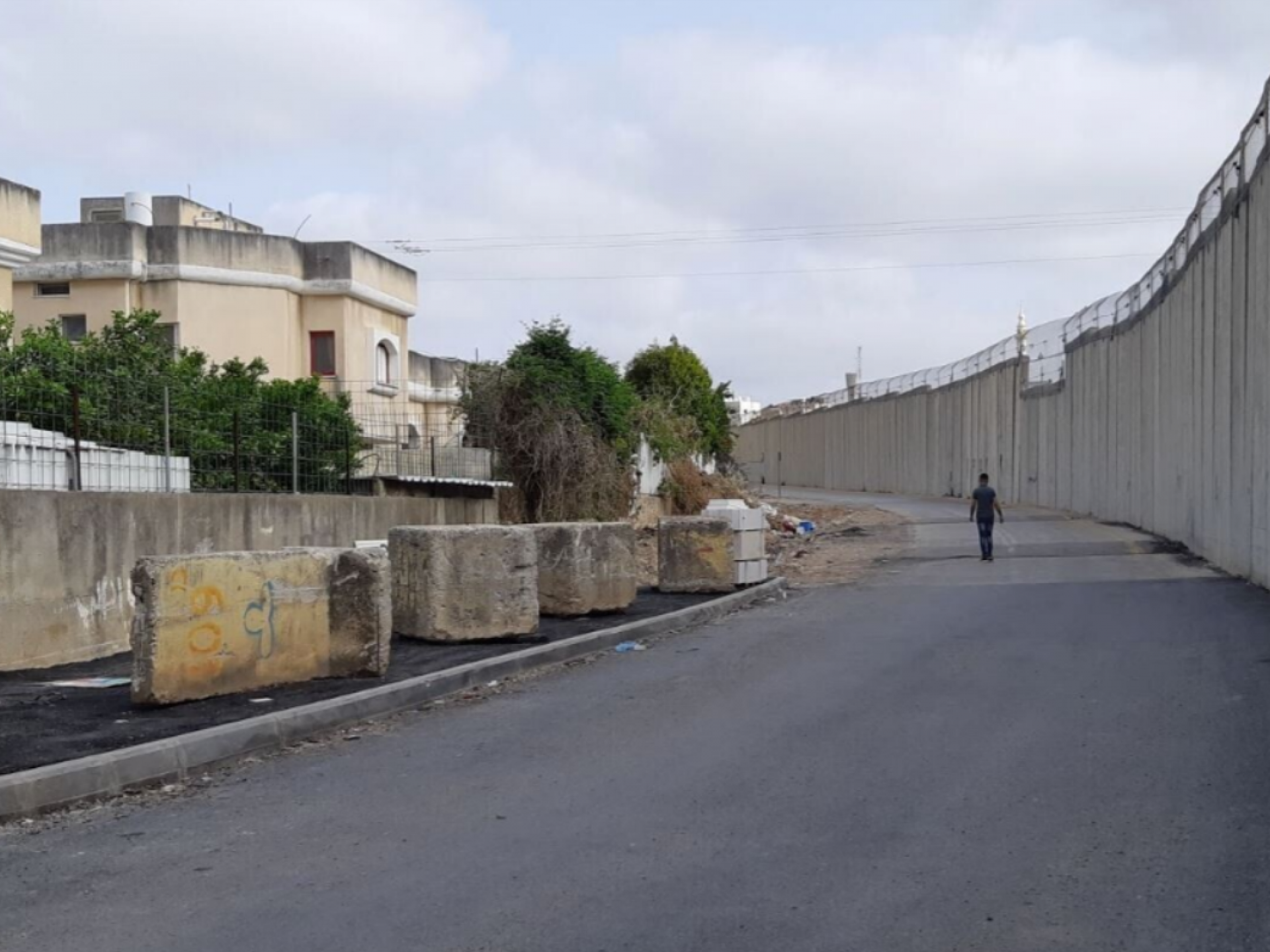 The wall that separates the western Baka from the eastern Baka 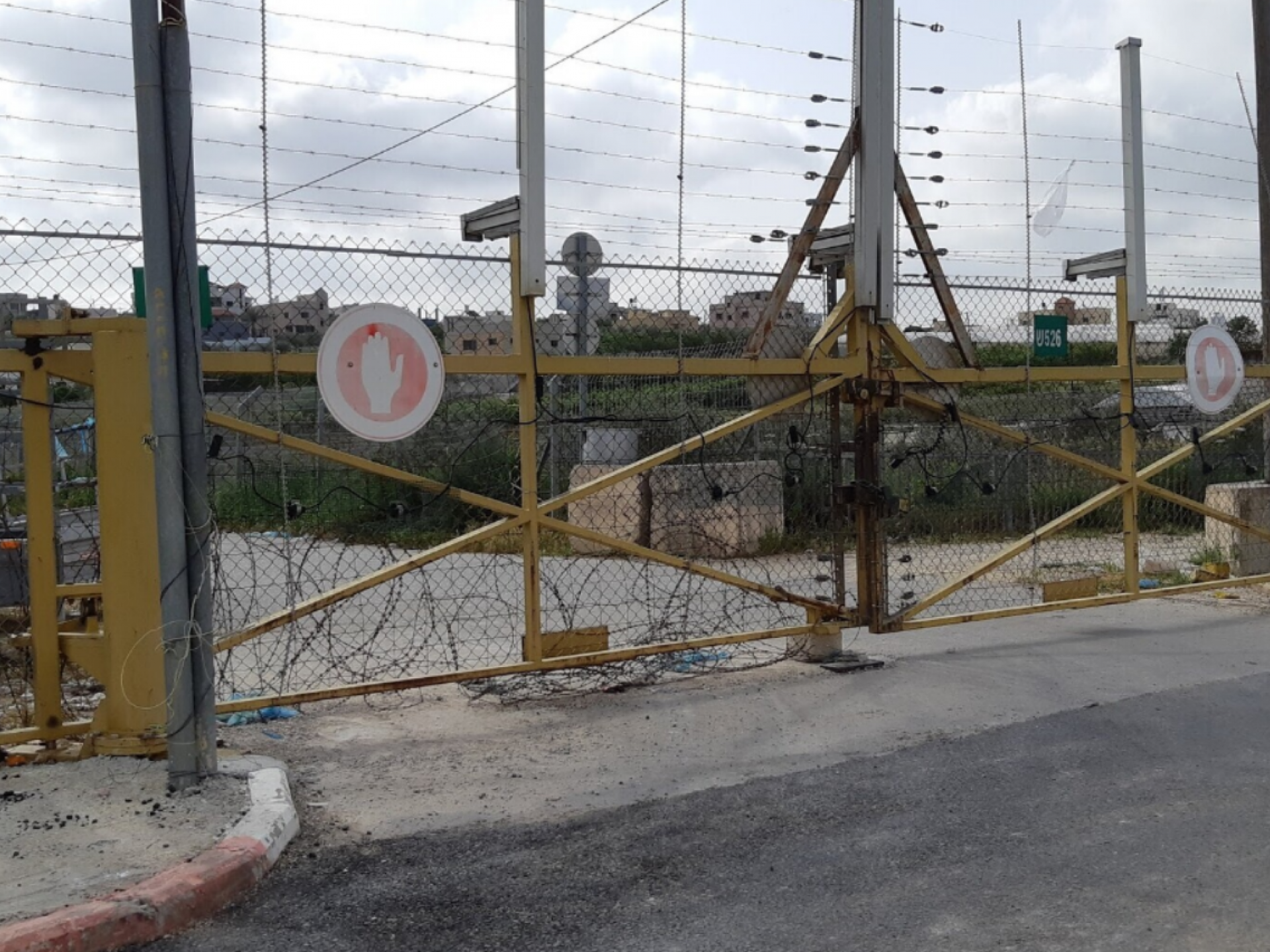 Behind the Iron Gate is Nazat Issa, one of the neighborhoods of Baqa which was moved to the eastern Baqa by the separation fence.

Anin Checkpoint
We reached the Anin agricultural checkpoint 10 minutes before its official opening time. On the Palestinian side stood a tractor, Mahmoud and his son. Only. There are three gates

in this checkpoint: the one closest to the seam zone has not been locked for years now. The one closer to the village is no longer closed either. The group stood next to the middle gate, the locked one, and close to a large opening through which a tractor might cross easily. Mahmoud does not use this opening, he says. The other 20 people who regularly use it are gone. They prefer to cross at other times, when there are no soldiers around, or through the opening opposite Umm Al Fahm, which is long and leads you into the Israeli town after 200 meters of walking, without checking your documents, no favors.
In the meantime the Military Police Toyota enters the checkpoint as in a storm and proceeds on the security road without stopping. Mahmoud texts in English: Hi, how are you, I have not seen you for quite a while… The Toyota returned after half an hour and thus we realized that the opening times in the two only agricultural checkpoints in the north have been changed. Perhaps you can do something? Mahmoud says. They should give us back our hours. The Israeli army’s total disregard of the security measures that had cost millions because they were so crucial is definitely symptomatic. It certainly makes one feel how unreliable the system is.

People are exhausted from the Ramadan fast. Whoever ate at 4 a.m. certainly feels heavy and irritated. Whoever did not, is certainly exhausted even just from thinking about the hunger that waits him until the evening. People – not many – cross the Separation Fence, and there are taxi cabs – not many – waiting for them on the “Israeli” side. At the entrance to the junction is a row of deserted stalls, some of the wares are not covered, everything is thrown about – so disturbing. What a life they have. Like a picture within a picture.

On The way to Yaabad Dotan Checkpoint, we passed by Amricha.

Fatmah’s grocery shop drew us in. She is a pleasant, polite women and we’ll never know what she really thinks about us, but she is curious to hear about our lives. Whenever we say that Neta is from Haifa people are always impressed. They are thrilled. Ho, Haifa…

The road is beautiful, foggy, the sun hides behind clouds, it is rather cool. Yaabad Checkpoint operates automatically. Not clear whether there were even any soldiers. Occupation is hidden here. Old signs tell the stories of the area and attest to the revival attempts of Sa Nur and Homesh – two settler-colonies that were dismantled in 2005 during the Disengagement from Gaza. So far without any success.

A bored Military Policeman is glad to have two guests (us…) who tell him how nice it used to be here before he was born. On both sides of the tall, think wall, the fences and gates, filth and neglect and garbage cover every inch. This is the back yard of Western Baq’a. We saw no activity except the passage of two people.

The checkpoint is on the Green Line beween Baqa alGharbiya and Nazlat 'isa.