A Red Crescent ambulance carrying a woman after a series of treatments at the East Jerusalem hospital Augusta Victoria* arrived at the area of the checkpoint compound where "back-to-back" loading procedures are held.

The medical crew said they are waiting for two ambulances from the West Bank. The Red Crescent ambulance that is supposed to bring the said cancer patient to Ramallah, and a private ambulance bringing the body of a deceased Gaza resident who died in Al Najah Hospital, Nablus, whose remaining travel – from Qalandiya Checkpoint to Erez Checkpoint – will be completed in the Jerusalem ambulance. 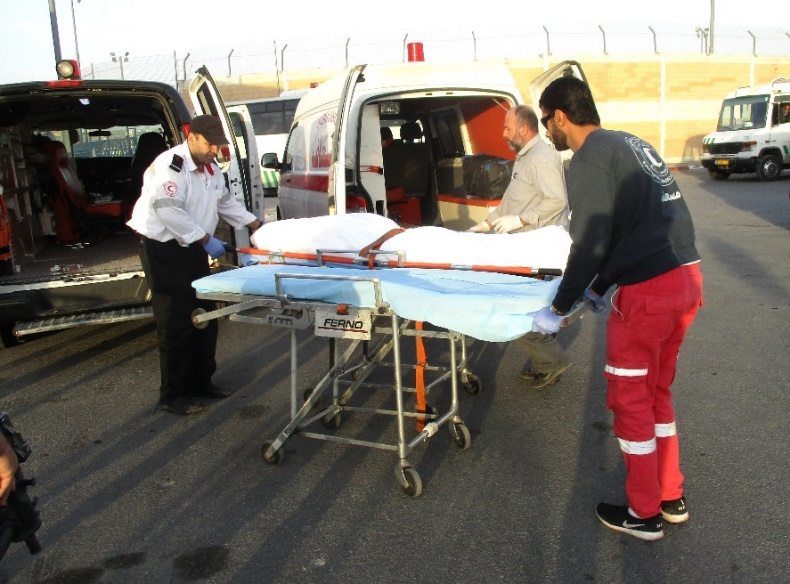 Time passed. Then news came – that the ambulance that was already on its way to pick up the cancer patient was summoned to the scene of a traffic accident and would not arrive.

Problem. What should be done with the patient waiting in the ambulance? Were her condition not so serious she would not be needing an ambulance to begin with, but here she is, in the ambulance, her condition very serious, and here is also the deceased, whose condition is – well… and there are also the four members of the two medical teams here, and security personnel, and soldiers, and one policeman  are all here, and they are very unhappy.

It was decided to transfer the woman to a bus. 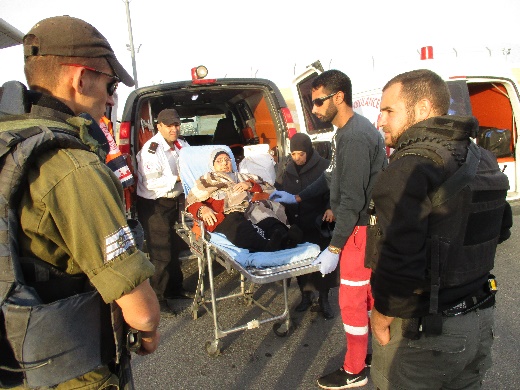 The cancer patient was taken out of the ambulance, and her daughter and a Red Crescent medic held her arms and helped her reach the bus headed for Ramallah.** 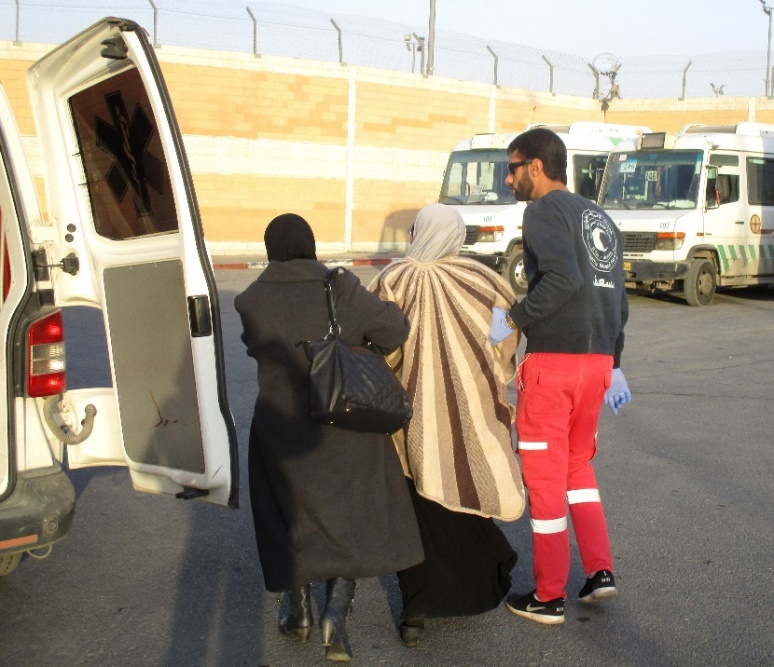 ** In view of the fact that there was no ambulance to carry a cancer patient to Ramallah, I decided to try and check the situation of the Red Crescent's ambulance fleet.