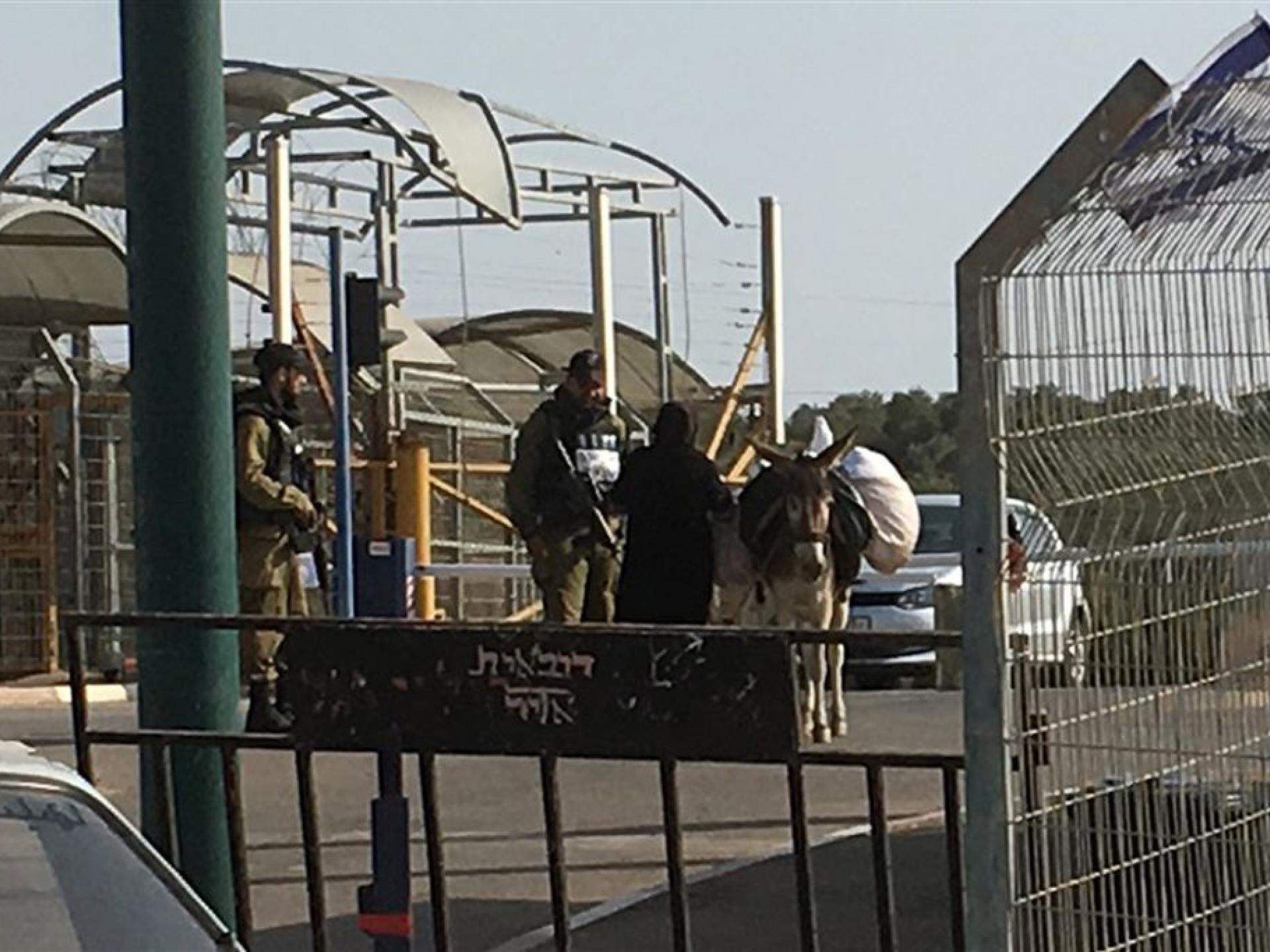 A donkey overloaded with sacks of flour is not allowed to cross. What exactly is "overloaded?"
Photographer:
Ruti Tuval 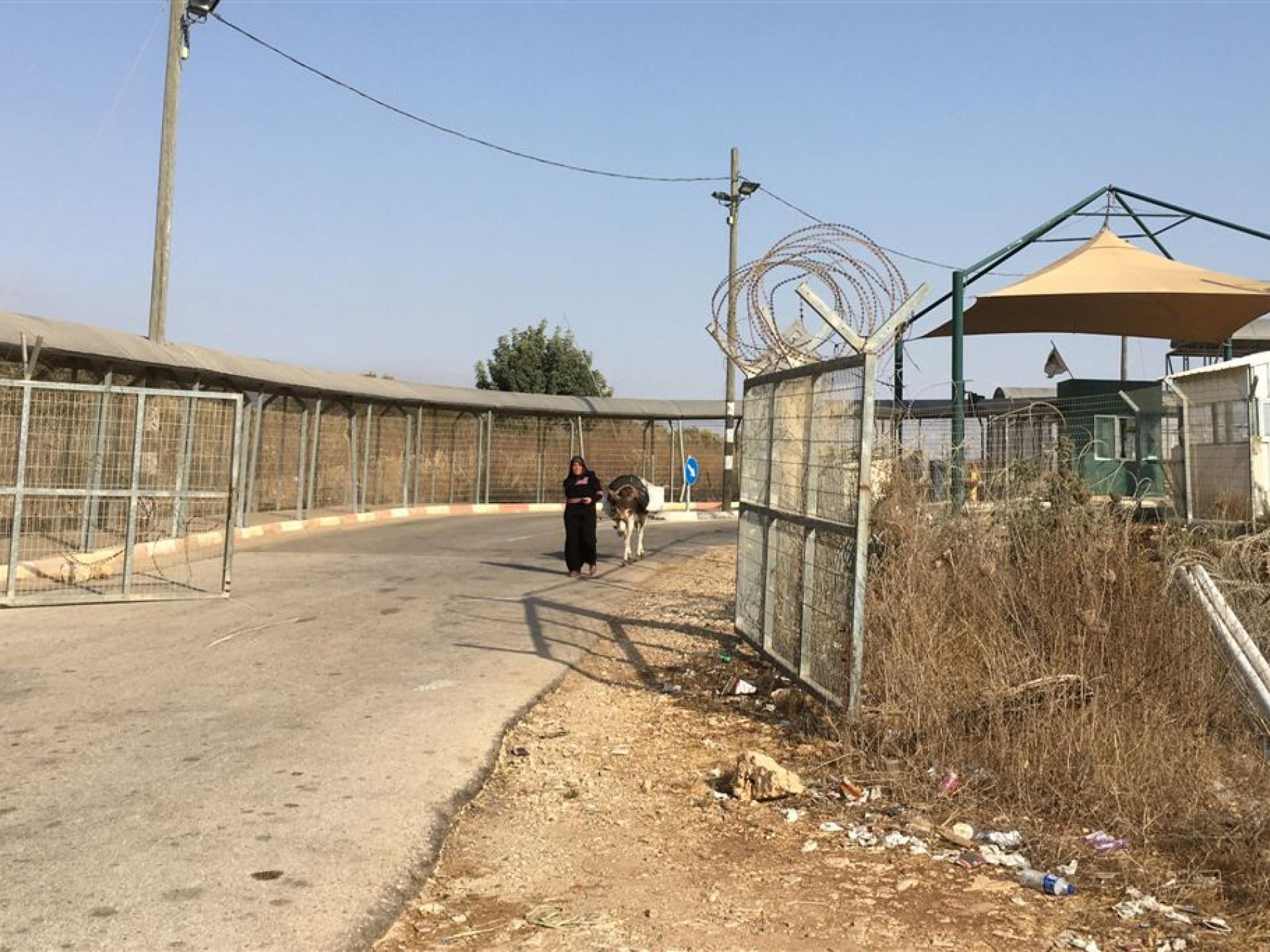 The woman and donkey were allowed to cross after she left the flour behind.
Photographer:
Ruti Tuval 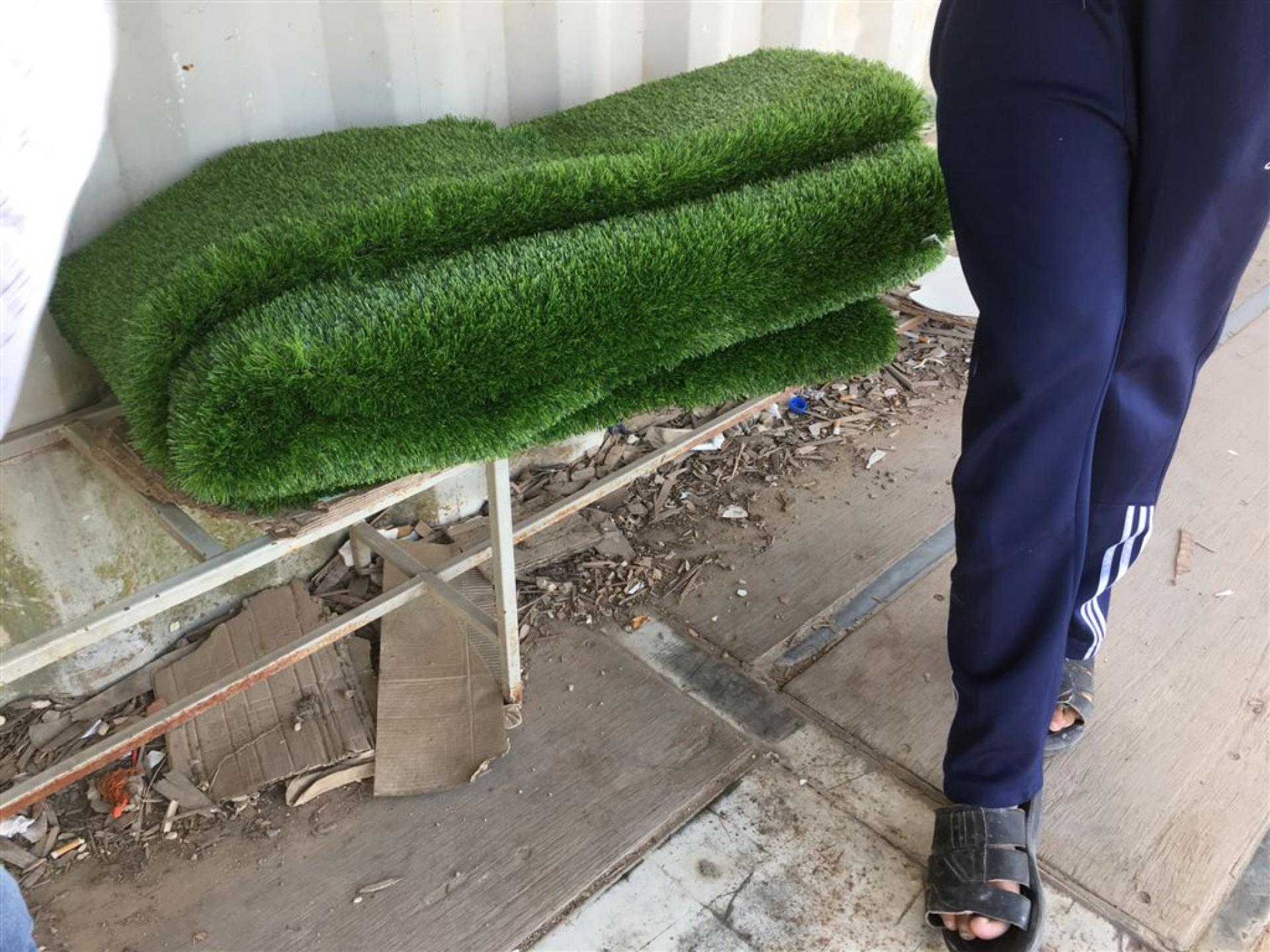 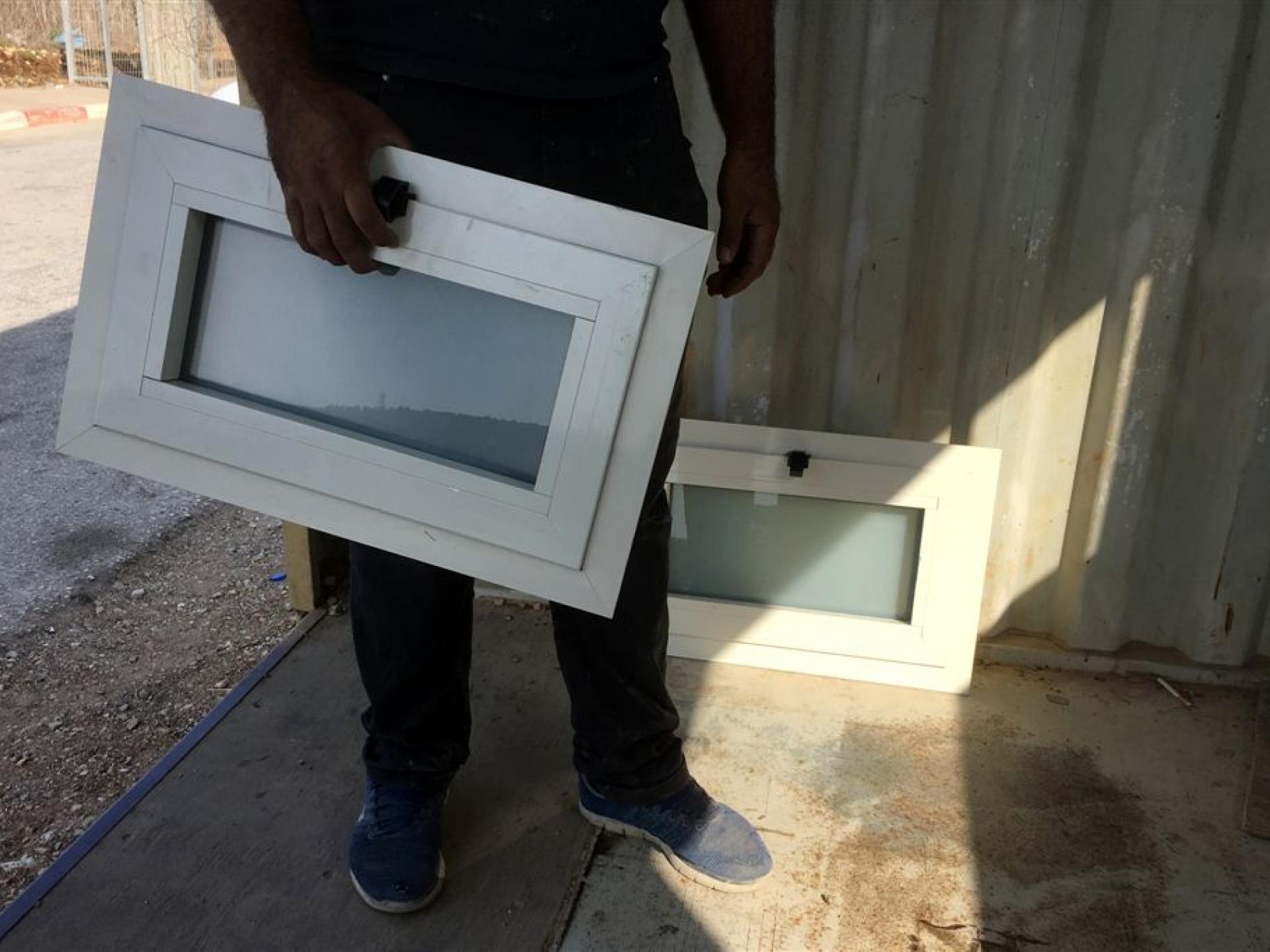 It is also not allowed to bring a small window across the checkpoint without permission
Photographer:
Ruti Tuval

Tura – Shaked Checkpoint:  Why is it not permitted to bring a piece of synthetic grass into the West Bank?

.  We continued on to the Yaabed-Dotan checkpoint and dropped off bags of used clothing at the village of Emricha on the way.  We passed a lot of military vehicles on the road but there were no soldiers in the pillbox at the checkpoint itself. Tobacco plants were in flower on both sides of the road.

We returned to Barta'a – Reihan checkpoint. The parking lot and the sides of the road were still full of cars and we had nowhere to park, so we were unable to see how the construction at the checkpoint was progressing.  Instead we decided to keep track of a woman who was crossing to the seamline zone, to see how long it would take her to cross.

16:00 – There were now many workers crossing from the seamline zone.  Someone approached us who had been banned from entering Israel.  We gave him telephone numbers to ask for help. The woman whom we were following came out of the checkpoint after 25 minutes.

The road is being widened all along the way from Katzir to the checkpoint and there were large rocks along the sides of the road to the Tura checkpoint.  A busload of soldiers were receiving instructions near the fence. The driver explained to us that this group was evidently was replacing those who were leaving.  Several people approached us about items they were not permitted to carry into the West Bank: a man with two small windows that he had repaired was not allowed to bring them in because he had no permit.  A young man was not allowed to cross with a sheet of synthetic grass.  We attempted to clarify this with the Liaison and Coordination Administration but were unsuccessful.  An elderly woman had to empty the sacks of flour she was attempting to bring across on the back of a donkey.  She was only permitted to cross after leaving the flour with relatives. Someone also asked us about being banned from entering Israel and we gave him phone numbers to ask for help.  A woman from a small village consisting of eight houses, called Hirbet Ra'adiyyeh, asked us to help to get the village connected to electricity, after Dahar Al Malec was finally connected.  They have been seeking the help of an attorney for several years.