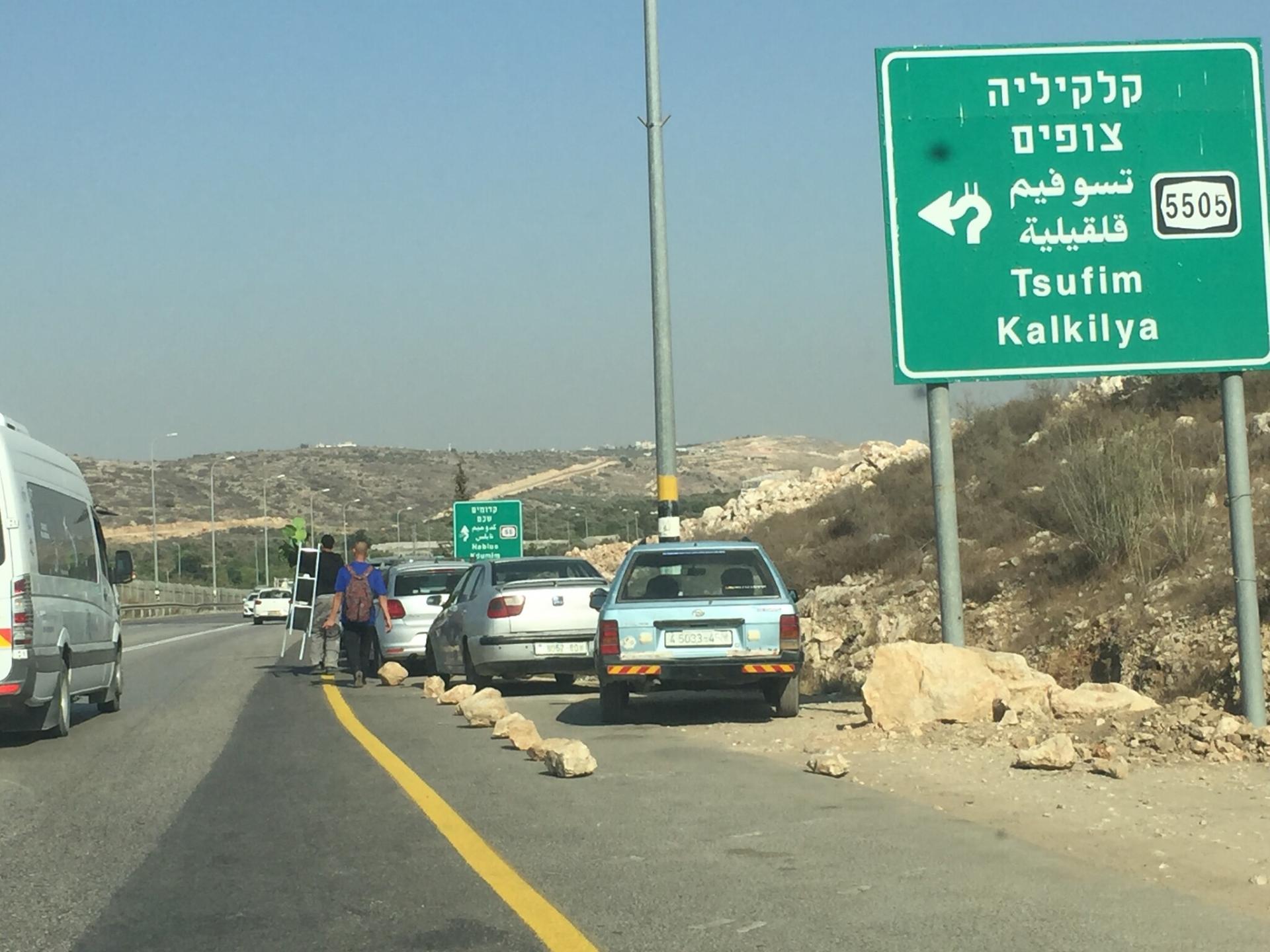 A convoy of cars near the checkpoint 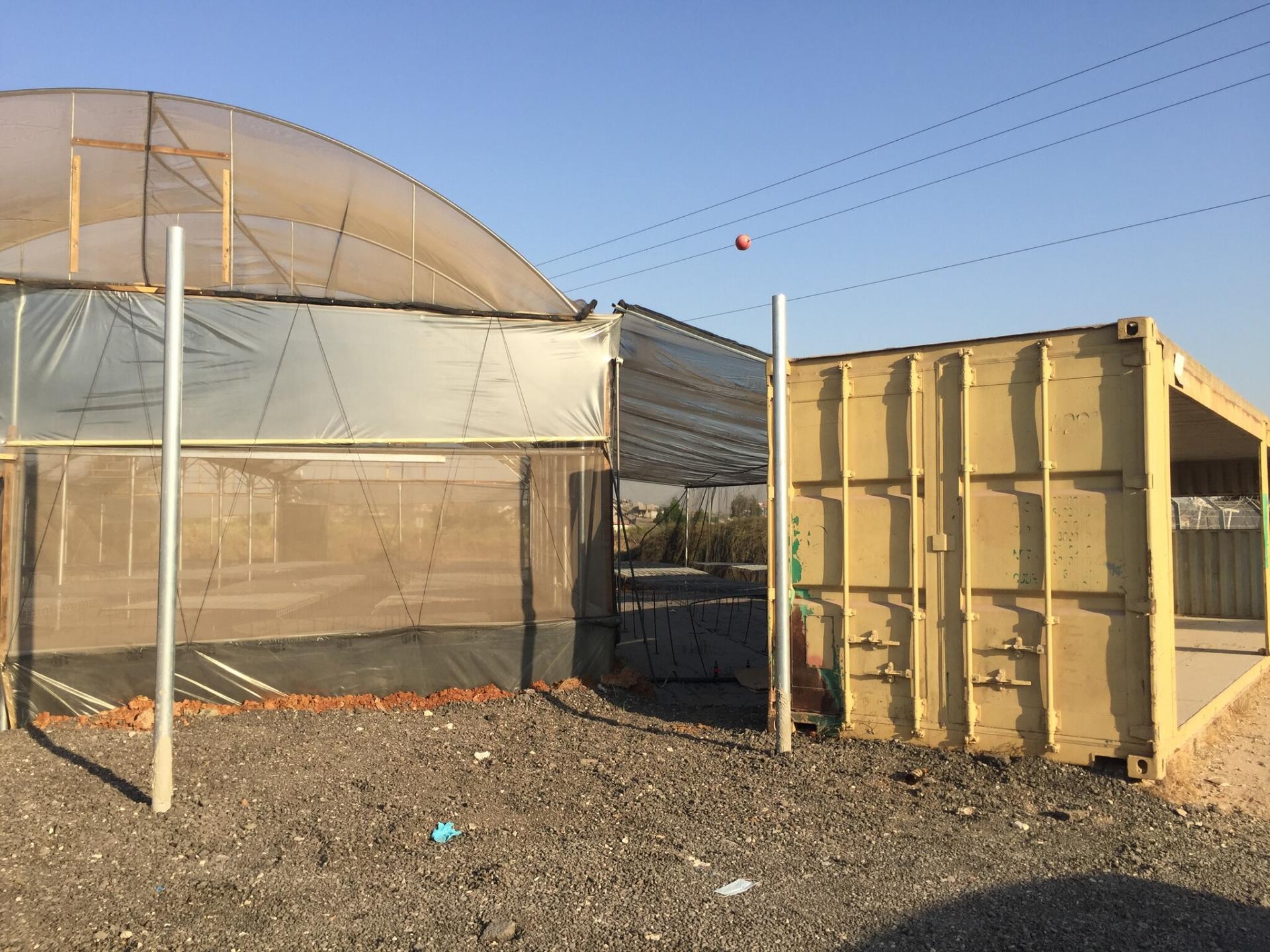 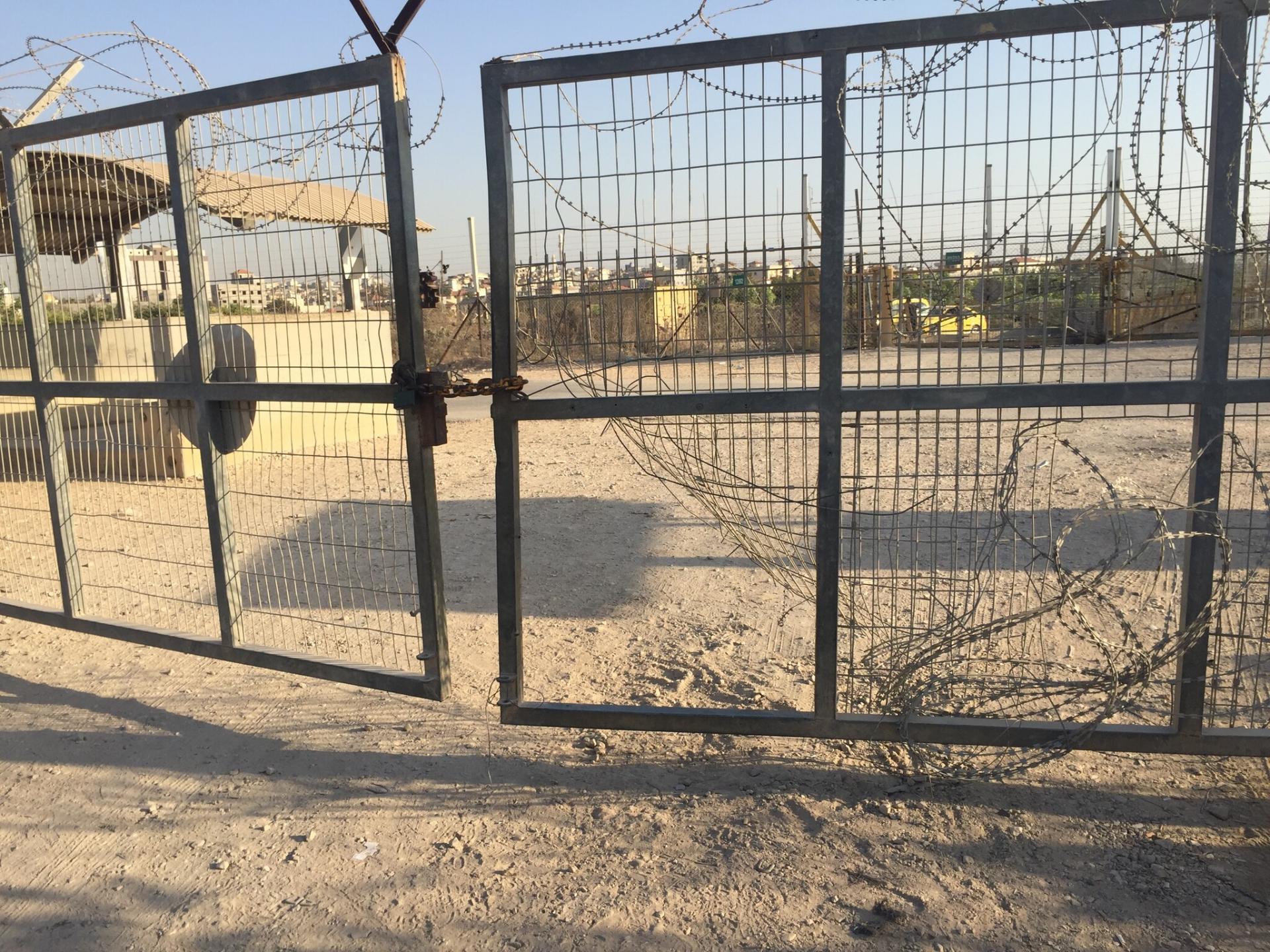 A breach in the fence

As usual, the reason for the visit during the closure

days was the clothing, household objects and toys which filled our cars and were waiting to be handed over to Z. in Azzun, where they are welcomed in joy as a blessing.

After the Eliyahu checkpoint, there was a long line of cars standing on the side of the road, in the direction of the entrance to the West Bank.  According to 'A., these were Palestinians who work along the seam line and leave their cars here in order to get home quickly afterward.  In fact, on our way back we saw the procession of cars travelling.  We were pleased - a sign of prosperity.

We didn't seen military vehicles on the way, nor were they at the entrance to Azzun, which was common.  Maybe the army had been conscripted to control the demonstrations?  At Azzun, everything was open, people were not masked.   The town was busy, as though there was no Corona.  Z.'s wife opened the door to us and their small son helped us to unload. Z. was working in the olive grove, and, since I have not yet learned Arabic, we were not able to find out on whose grove he was working, but we were happy to know he has work, and suppose his son was also working with him.

We plan to travel outside the center next time at a later hour, so we can get there when the head of the family is home, so we can talk with him as we like to do.  On the way home, we stopped at the grocery store and bought a bottle of water for One Shekel!

We went to Nabi Ilyas to eat shwarma.  The town was quiet.  They don't seem to have a lot of customers;  maybe the Israelis aren't coming because of the closure.  We enjoyed the tasty, inexpensive and fresh food.  One of the benefits of the shift!   The squills are flowering by the side of the road, and everything could have been so nice, if only...

'O. waited for us at the nursery.  He told us that Israelis come on the Sabbath, each Sabbath has  more customers than the previous one.  When we asked what happens at the checkpoint, he said that yesterday they opened at 18:30 rather than 17:30.  He also remarked that most of the workers got through the breaks in the fence and don't wait for the opening of the checkpoint.  We saw one like that, walking in the direction of the checkpoint about an hour before the opening time.  When we asked if he intended to wait for such a long time, he answered with a smile.

'A. said that the present army battalion is OK, especially since they don't chase after the "infiltrators".  We drove in the direction of the checkpoint

and the opening in the gate was still gaping, and there was no sign that the army was in a hurry to close it.  Around the checkpoint there were a lot of new greenhouses, where they hadn't started planting yet.  The fence on both sides of the path was in good condition, flowers were blooming there, there was an irrigation pipe, someone was really taking good care of it.  Unfortunately, we couldn't wait for the opening of the checkpoint.  Next time, we will time it so that we can arrive around the time it opens.

This was a short shift, but we can report that everything on this other planet remains at it was.