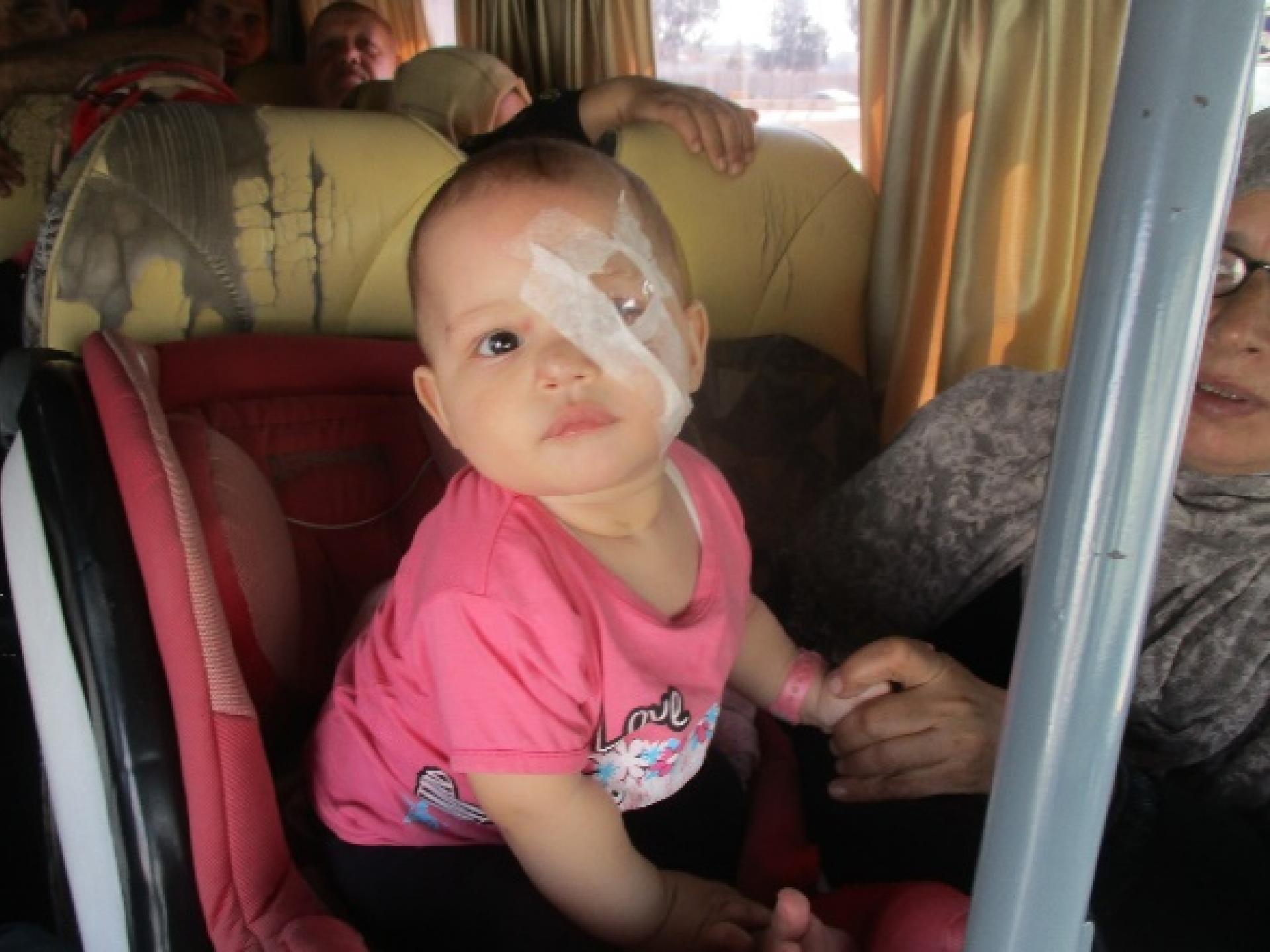 Nine month old baby that was operated on her eye which is protected by a plastic cup. 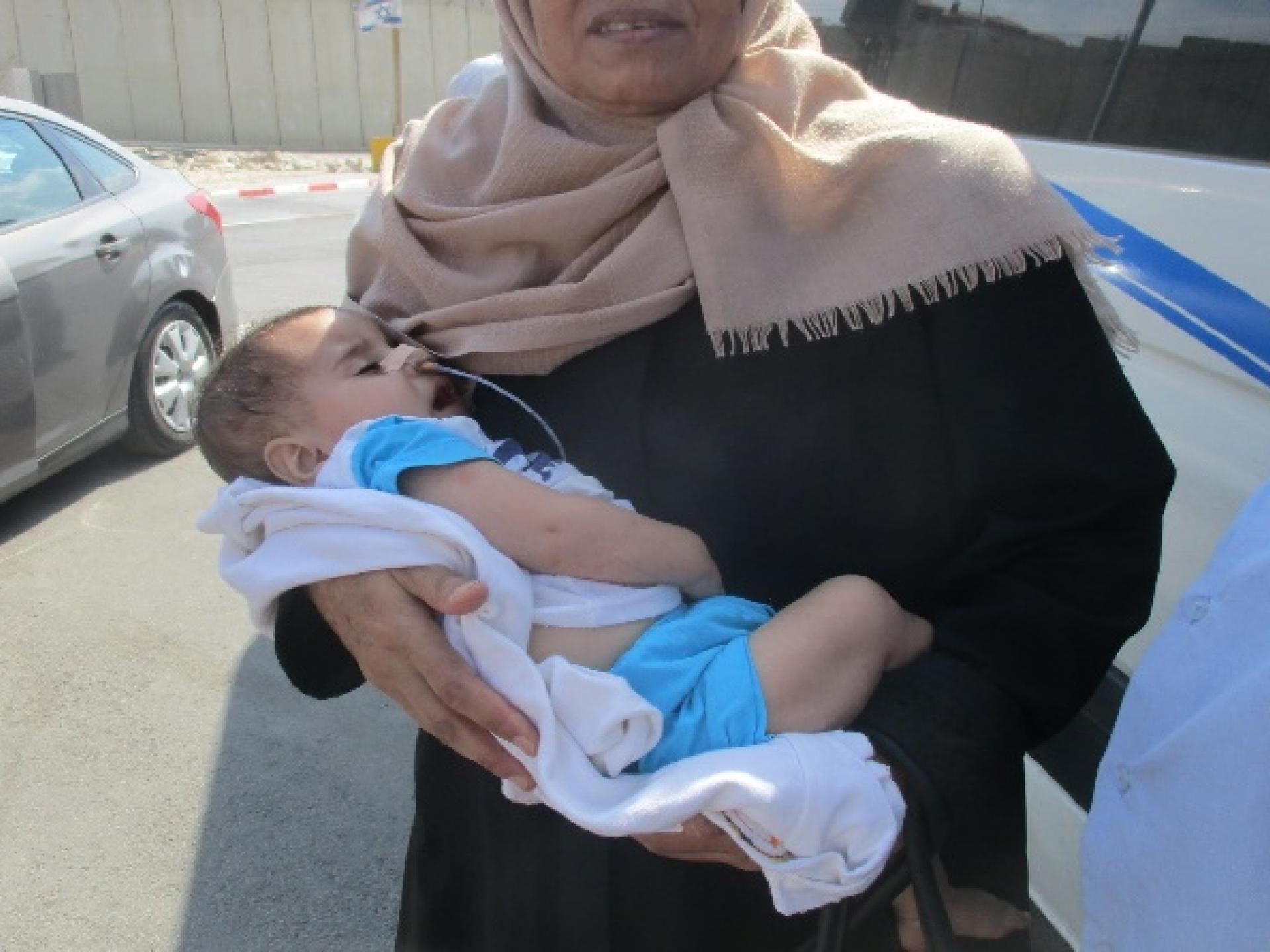 The designated transport vehicle to Gaza was full to bursting. “No room left for you, ma’am,” said a young man back from hospital in Ramallah where he was operated on his shoulder and belly for gunshot wounds.

The ones always standing out in the human combination headed for home in Gaza are the children.

There were two of them – a 9-month old baby

girl operated in her eye protected with a plastic cup, and a tiny baby boy, a feeding tube stretched under his nose – whose age is still counted in weeks. 6-weeks old.

The two are on their way to begin their lives under conditions of want with polluted water, lacking medical equipment, and a neglected health system, in a place where 2 million human beings are under siege, living the life of prisoners.

Some minutes before 4 p.m., with dozens still waiting in front of the DCO offices in order to get the services they expect by “law” – the gates

Those who found themselves outside the iron bars continued to hold out hands with papers, but no hand was held out back to them. Others yelled out their troubles through the bars but no one was there to listen.

In Shuafat, at the home of the Abu Khdeir family, opposite the wall commemorating Mohammad, the child who was “incinerated while still alive”, I sat with the mother whose child died in her arms, the tormented father, and Mohammad’s little sister, who will always remain the little sister even if her age now exceeds his when he died. We spoke of the years that have flown by, about the first time I came to their home, about the hole that is bored in one’s chest, the ever-unhealed wounds of the heart, the longing, the no-more joie de vivre,  and even about the Israeli TV series “Our Boys”. 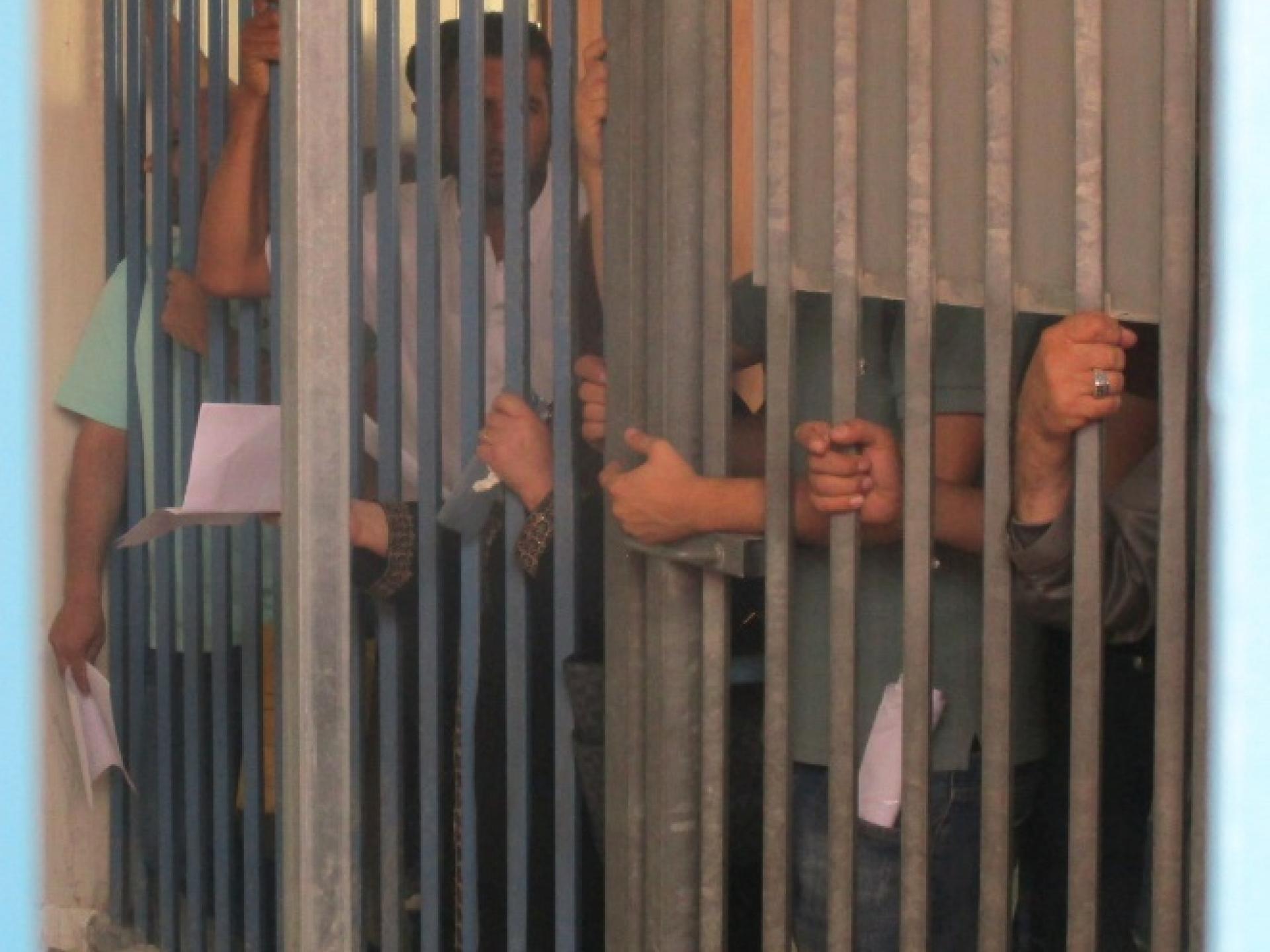 The gates closed before 4:00 o’clock