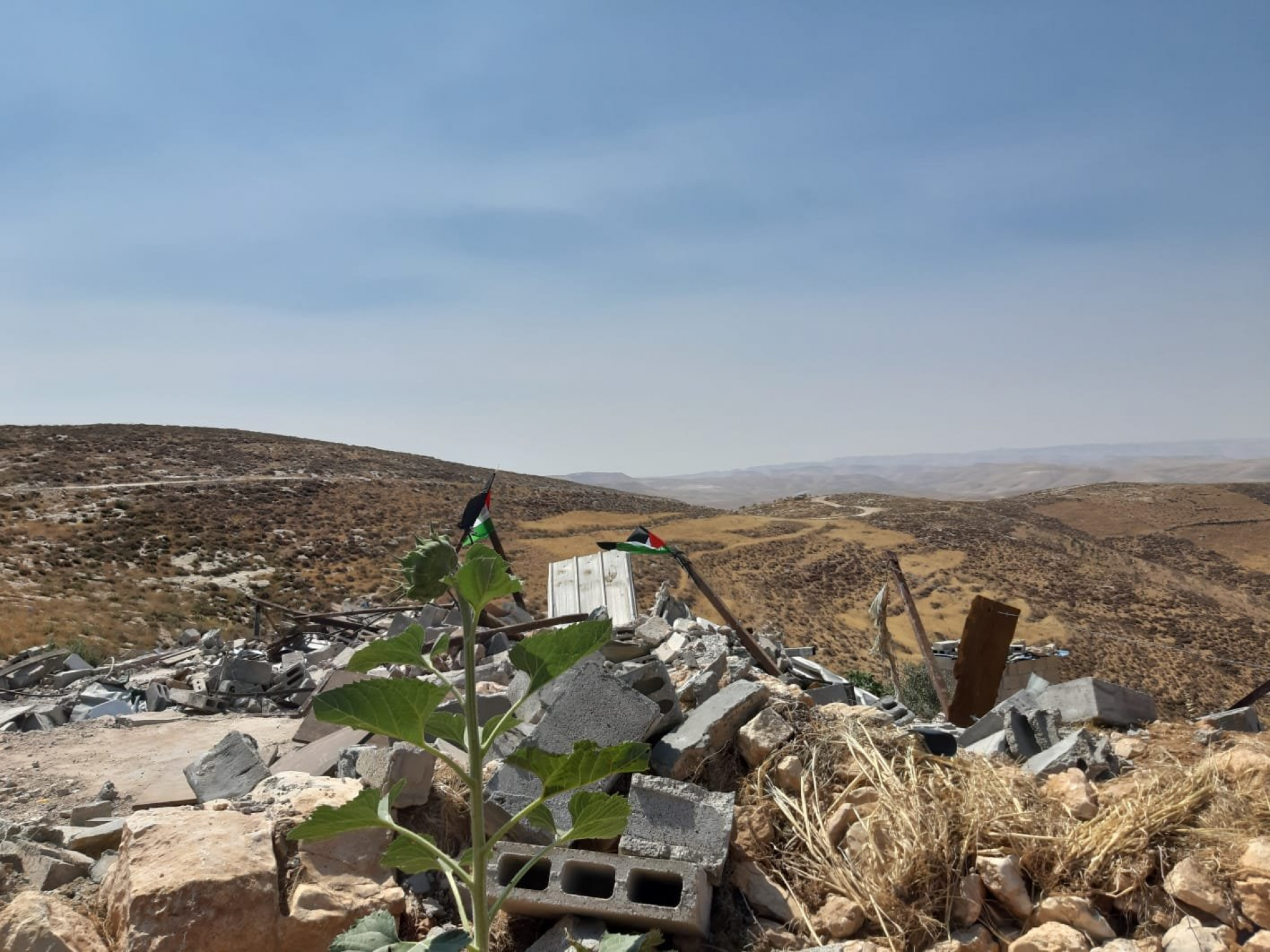 After the destruction with the sun flower trying to survive 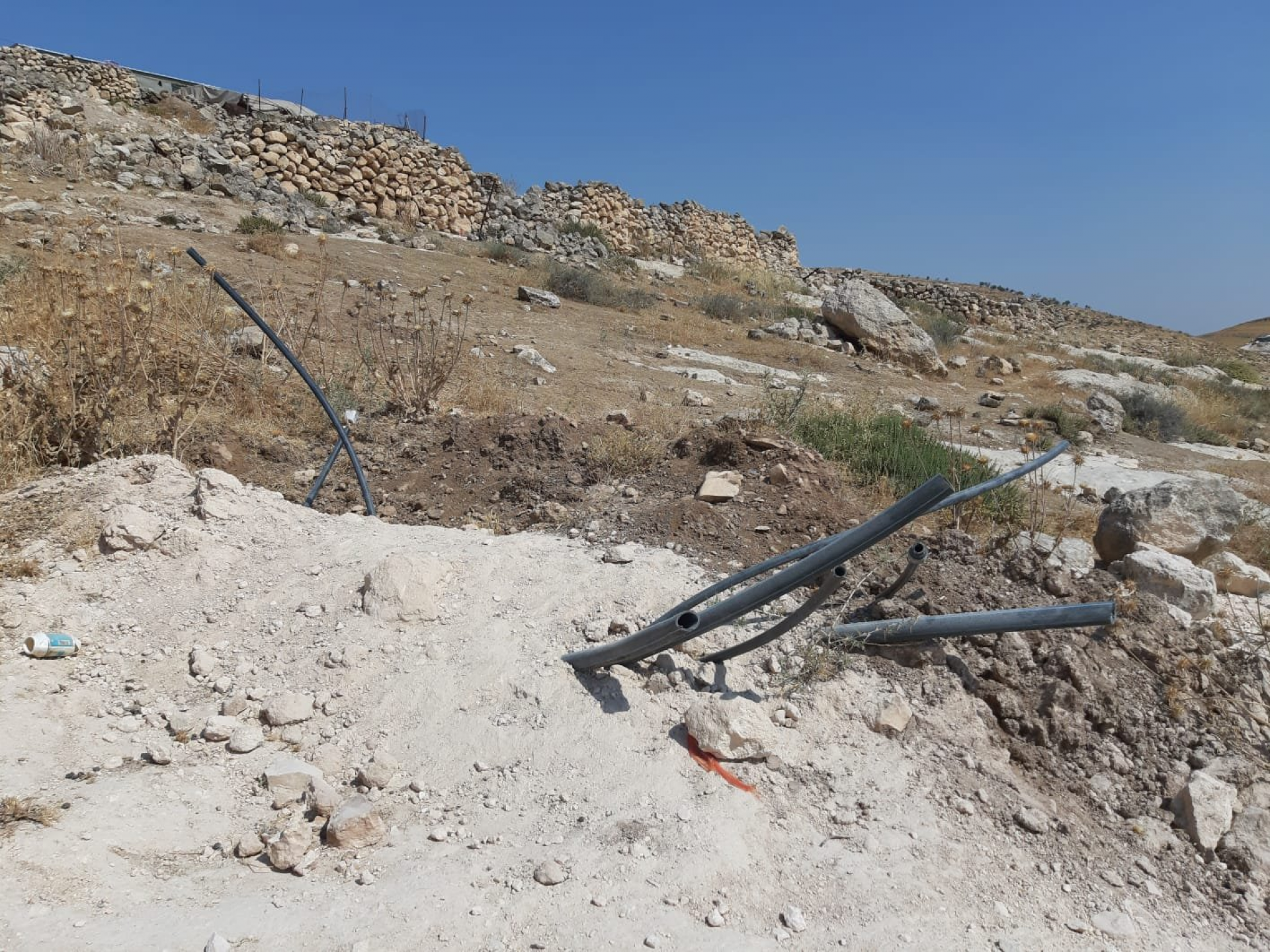 We went to Khalet El Daba'

Area C where no one goes, four kilometer to the east of the settlement of Maon and Tuwani. We wanted to see the people and what was left of their belongings in their homes after we received pictures of the destruction on 16.6. When the army wants to destroy  they know how to find them.

People say they have lived there for 300 years. But now they are told that this is a firing zone.

The last time, a year ago, a building was destroyed and  five years ago all the miserable other dwellings.

This time the army came without warning and destroyed and beat people with no mercy.

Now men, women and children sit with all their belongings exposed to the burning sun and in despair.

The water pipes were torn, the sun panels which European organizations had given them were destroyed. There are still remains of the effort to remain there.

We went to visit the man who had been beaten. He lies groaning on a mattress. They broke his bones and he was sent to hospital and then discharged while he still is very swollen. The sunflowers are a silent testimony to what was there before the destruction.

At Tuwani we were told that they have made several organized efforts to help them. They made a road through which they sent a water pipe in place of the one that was damaged.

They ask if we can help with contributions.