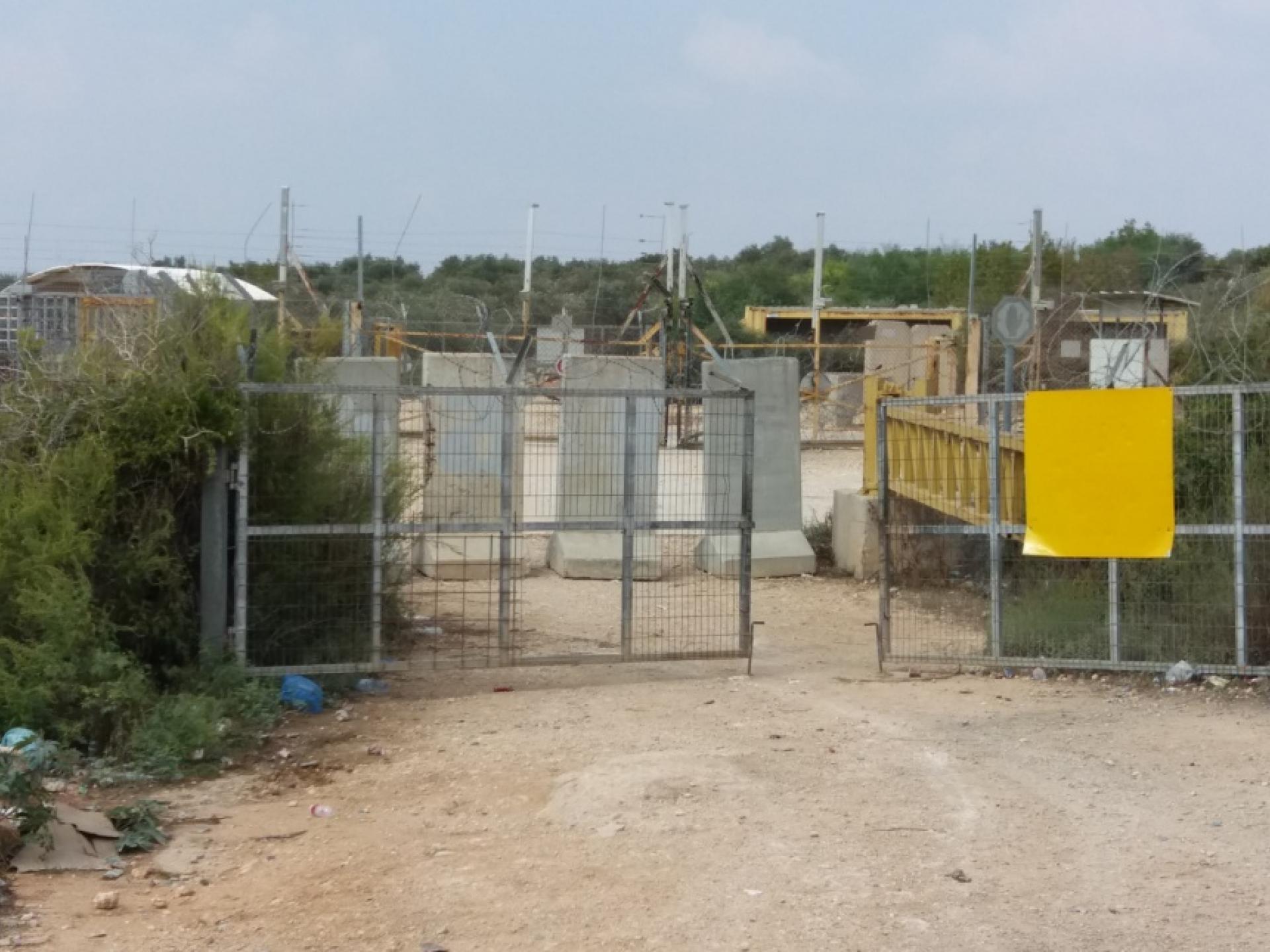 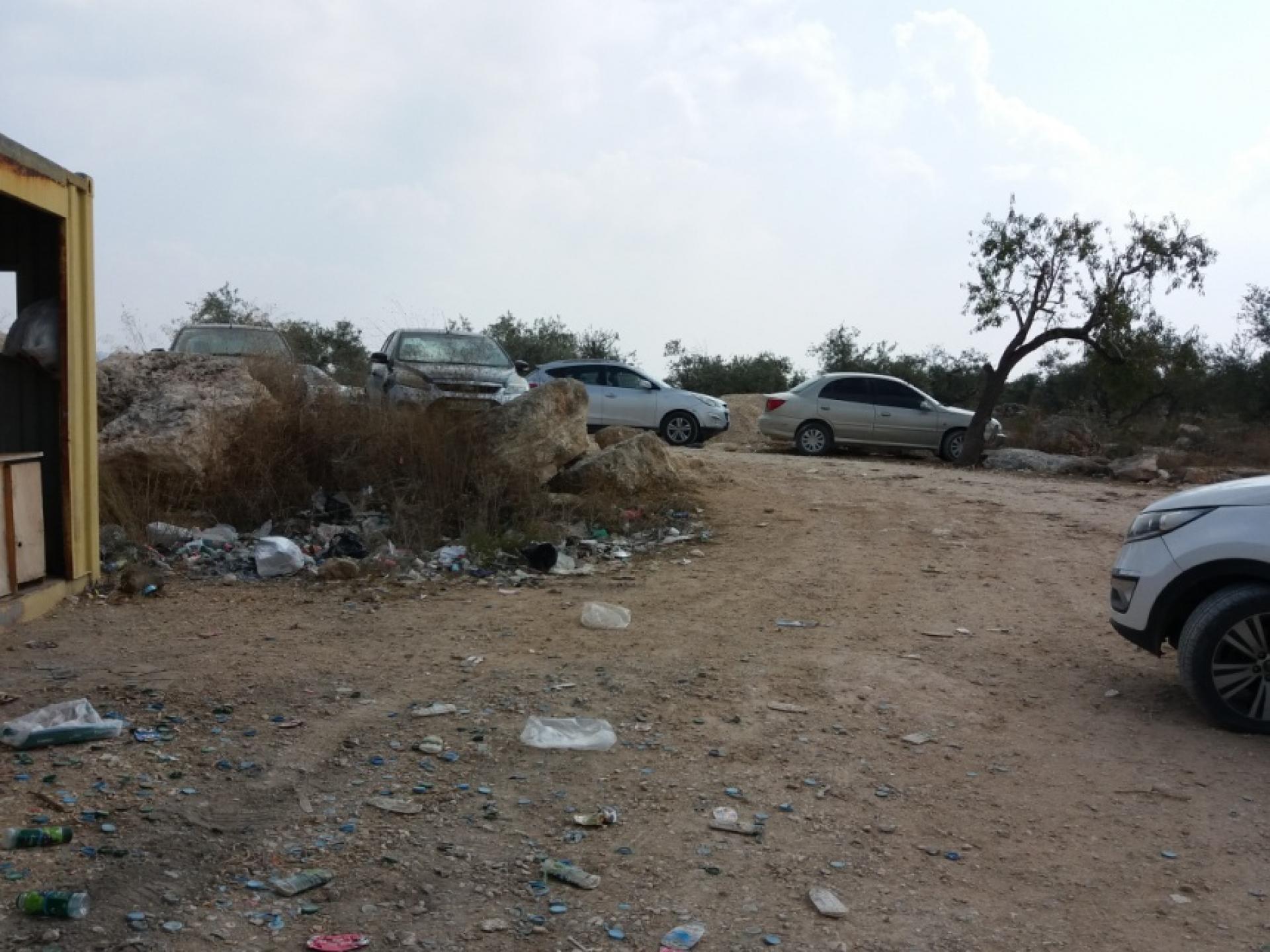 Cars parked near the blocked checkpoint 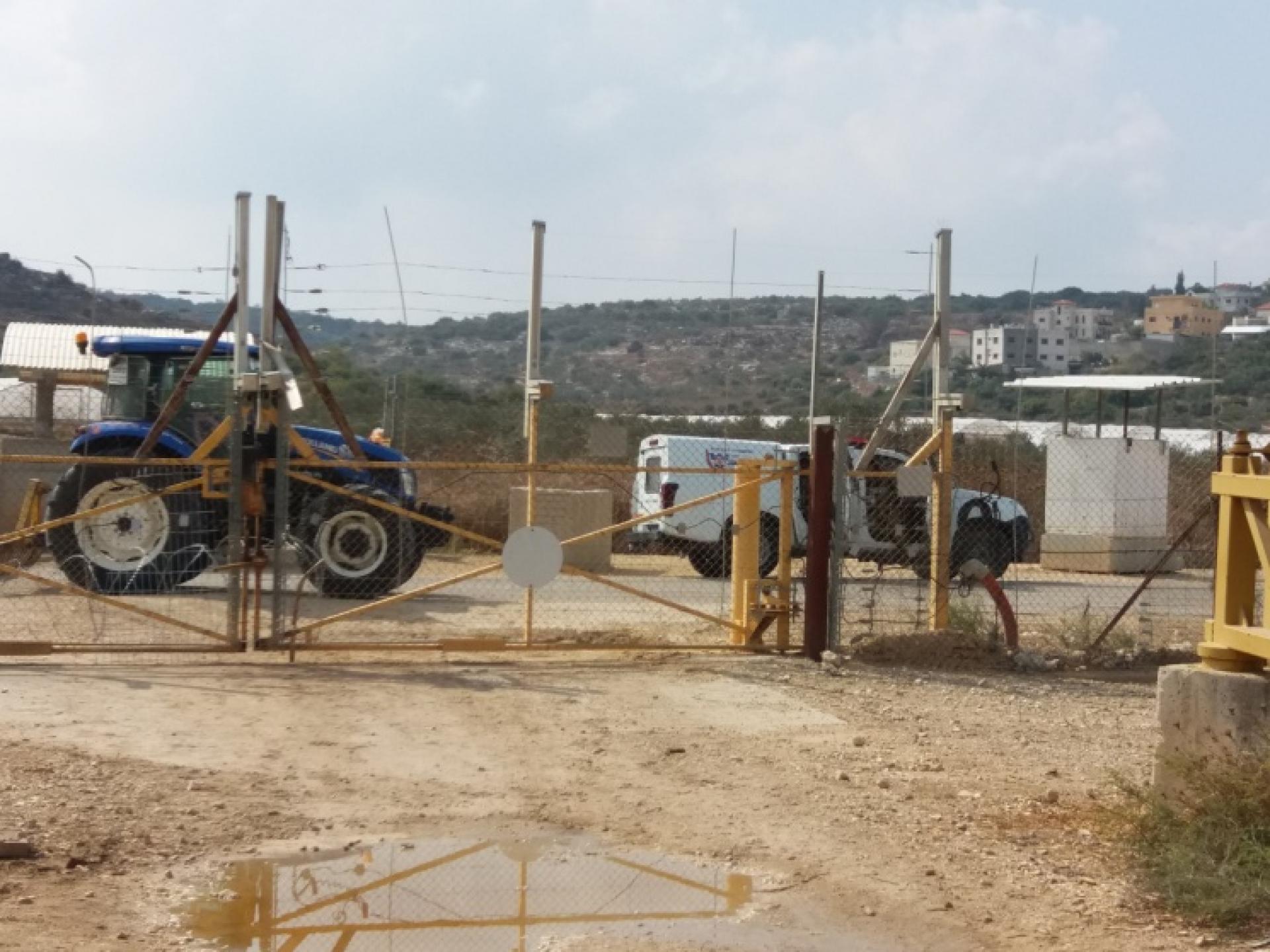 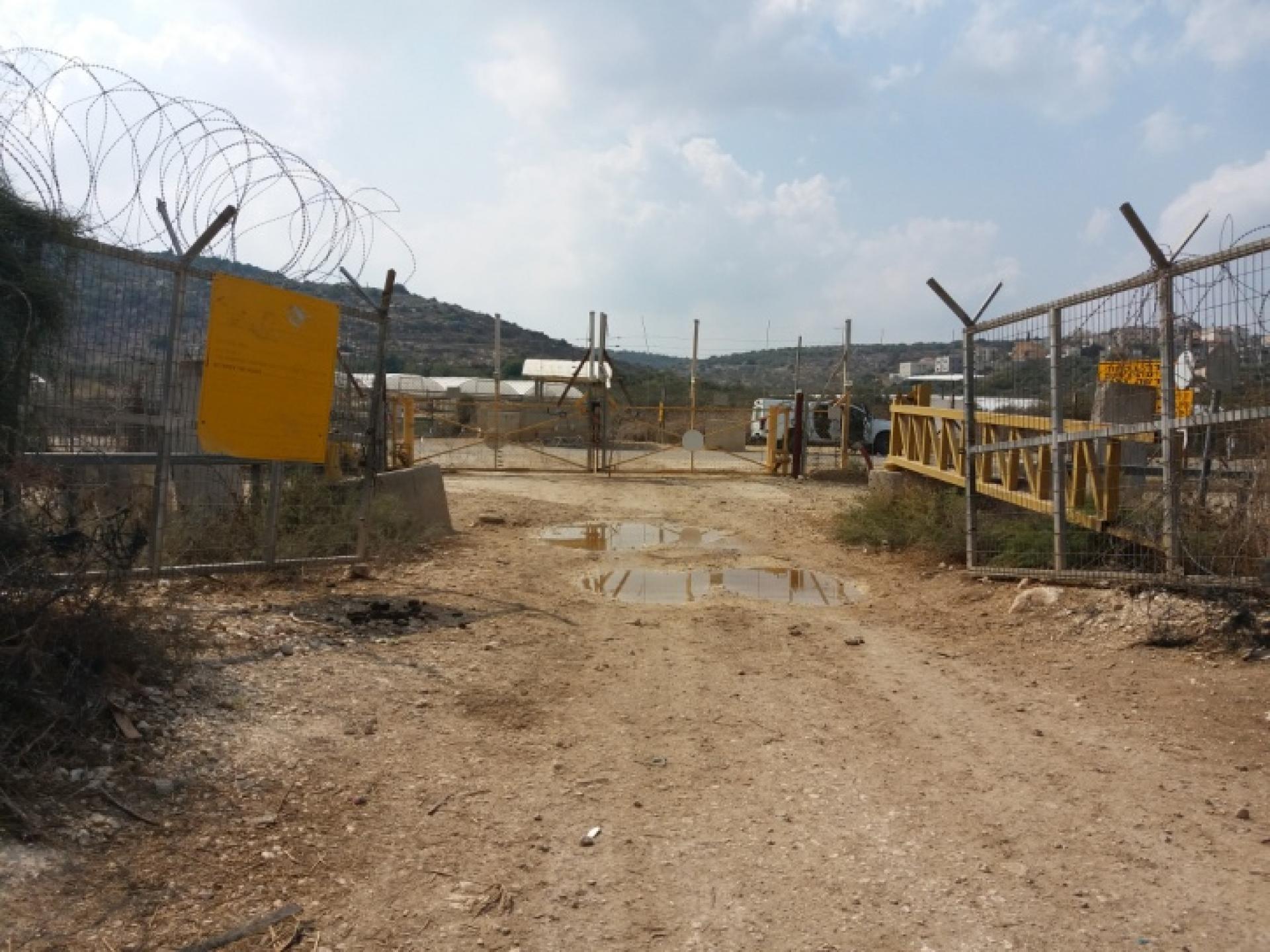 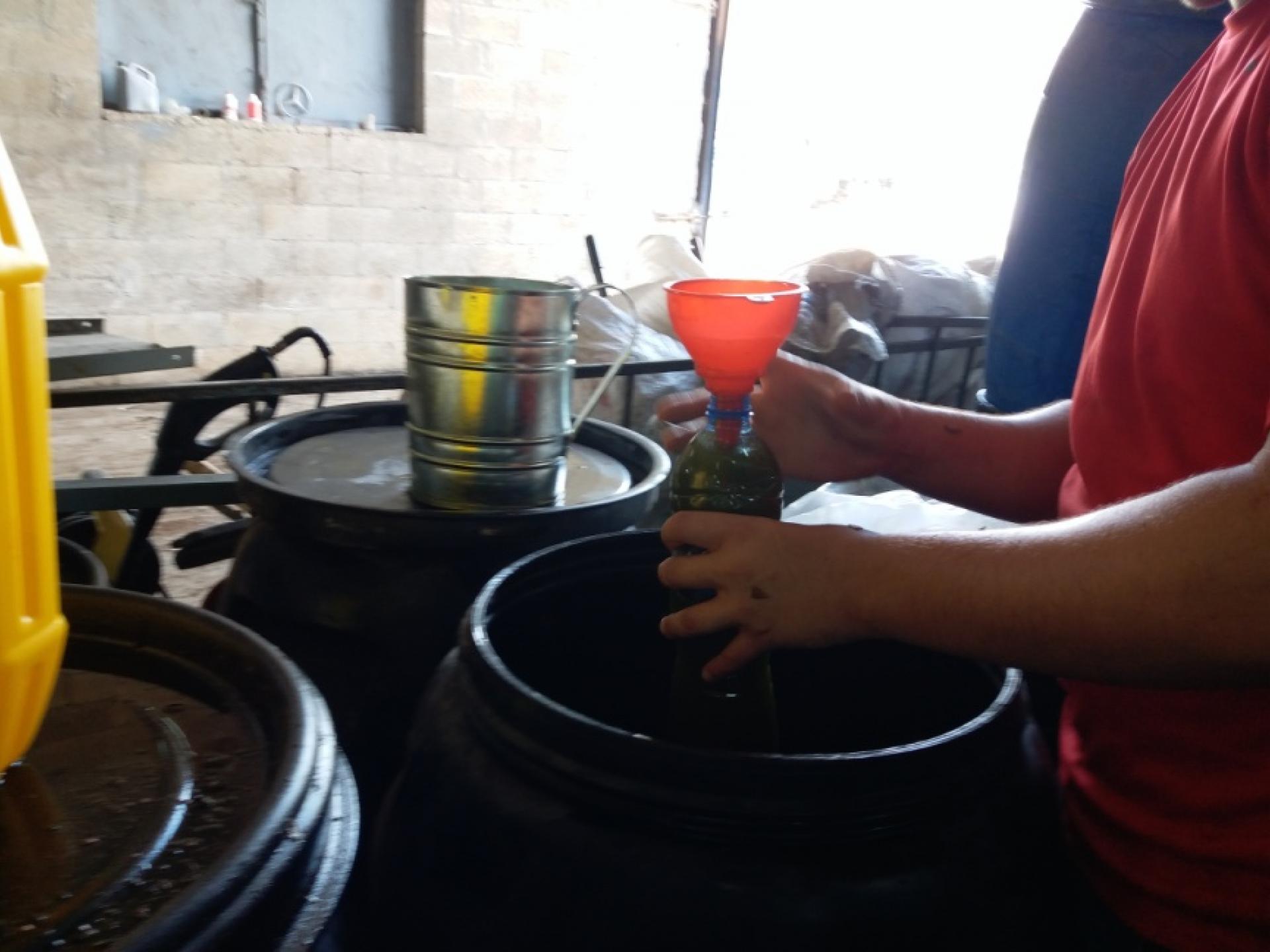 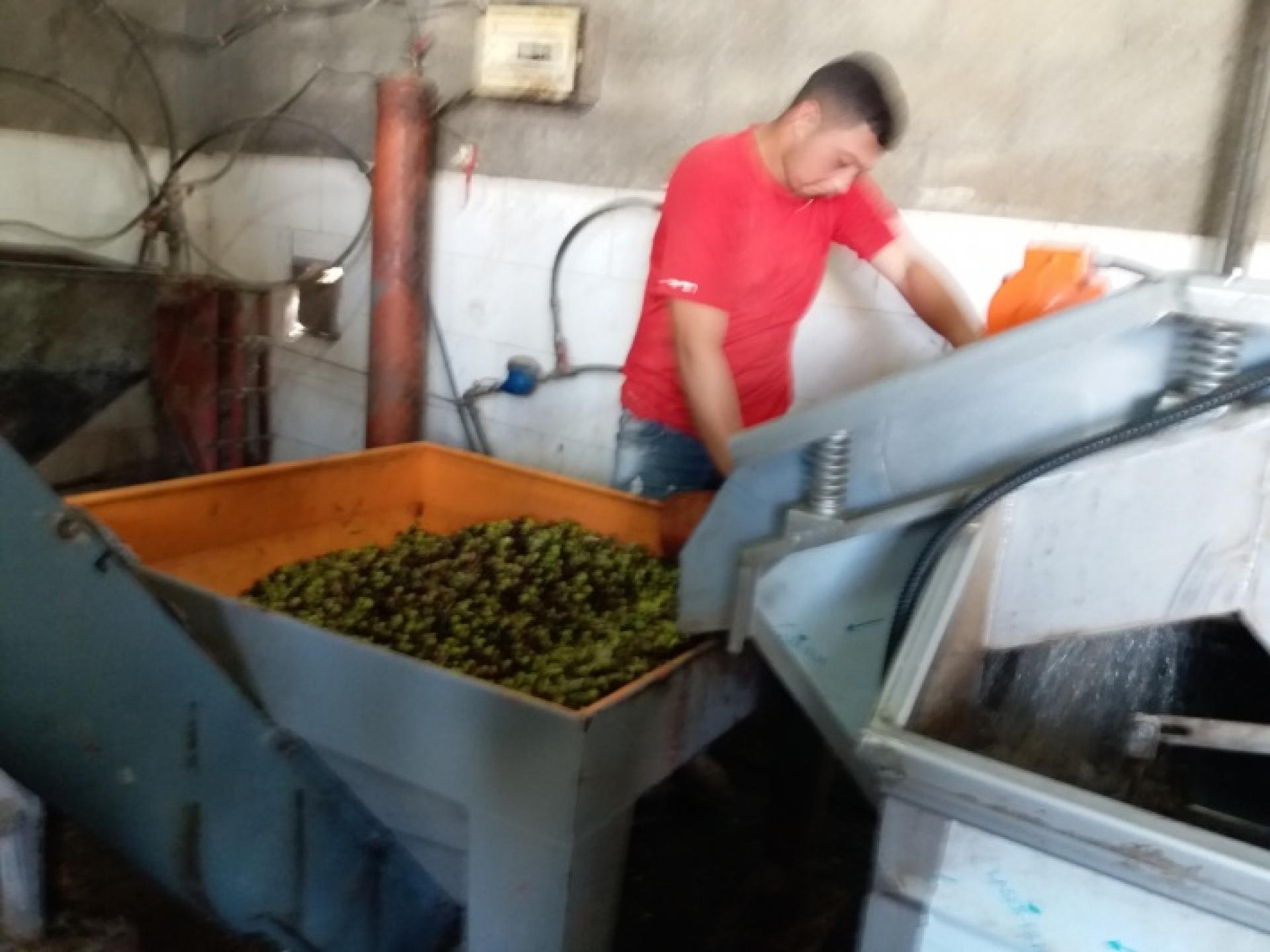 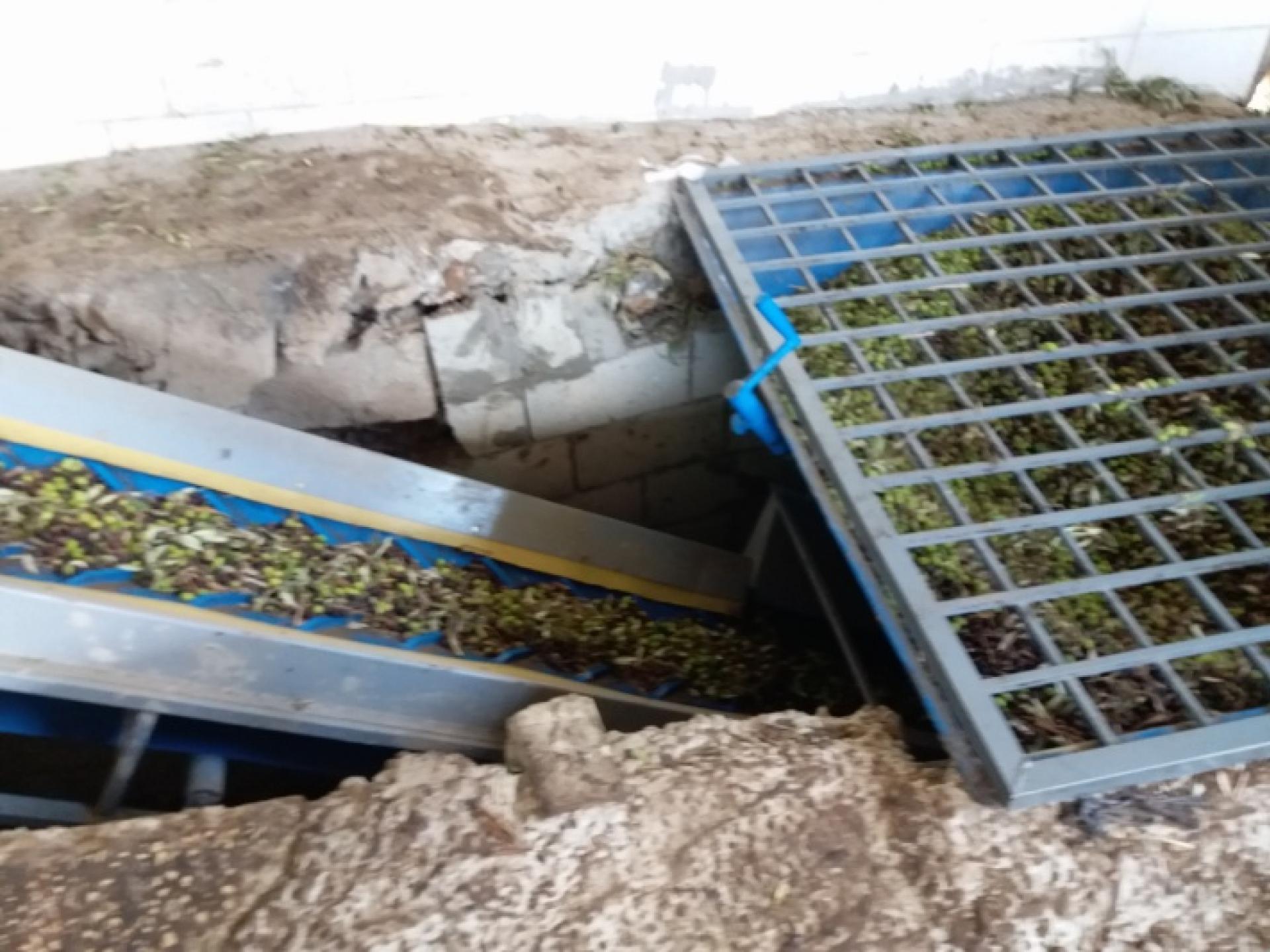 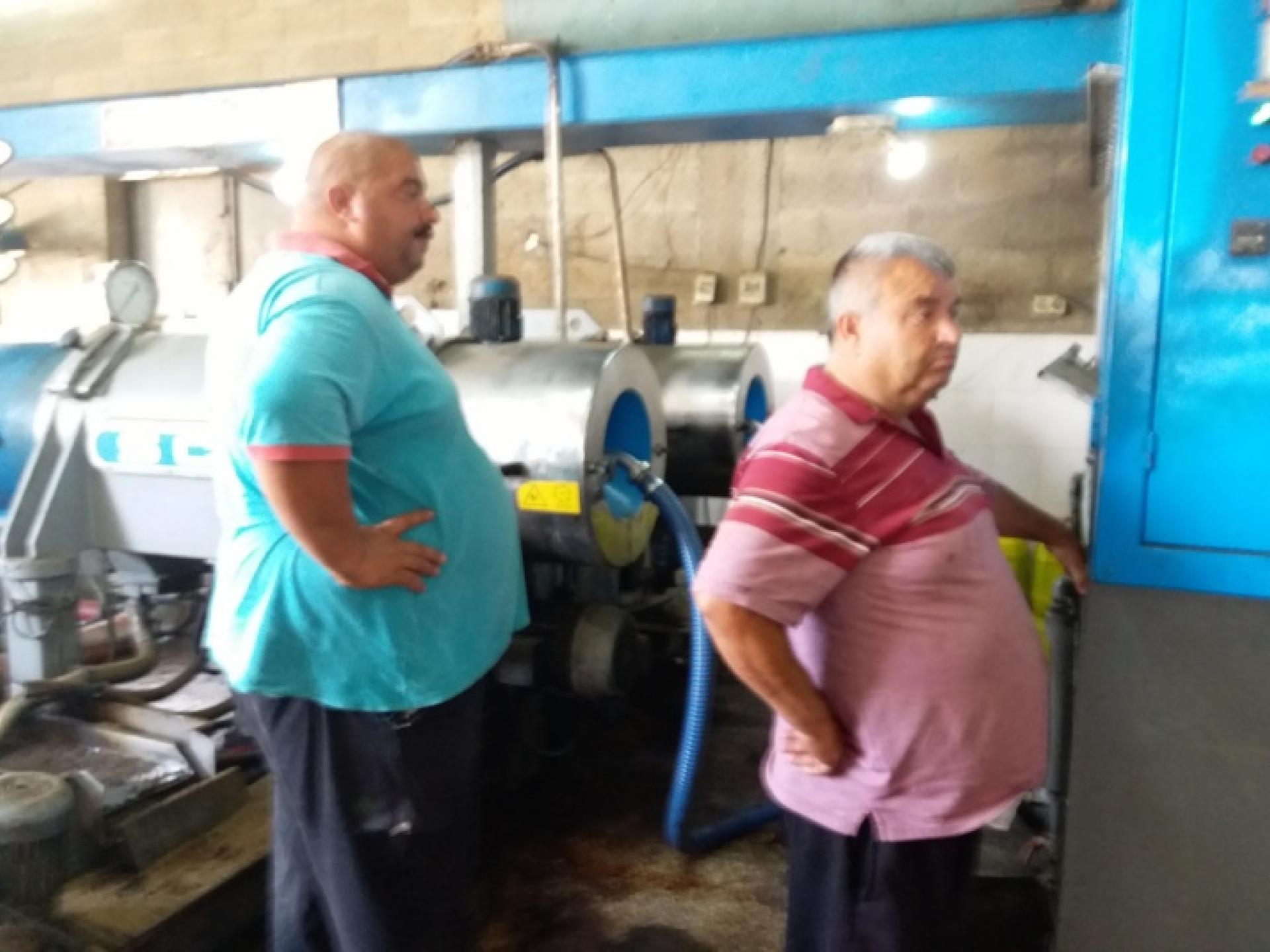 After a short stop at Azoun we drove north for a meeting with the Deir Al Ghusun local council. Basem, head of the council, spoke in Arabic and our driver Mohammad translated for us.

Deir Al Ghusun numbers 10,500 residents
They own 14,000 dunams of land, of which 2,500 are situated behind the separation fence

Nearby are agricultural checkpoints 623 and 609.

Checkpoint 623 – about two weeks ago the Israeli army opened this checkpoint by surprise, and anyone wishing to cross it went through uninspected. Many used this opportunity to spend time in Israel. Then came the stick – with heavy equipment the army put up concrete blocs that do not enable the passage of  platforms or tractors to the fields. A collective punishment? For what?

So now Palestinian farmers must approach the checkpoint by car, leave it close by and cross on foot.

They harvest their olive trees, but how will they bring the crop home? Carry sacks of olives on their backs? Even a donkey cannot get through.

At the crossing, they check the Palestinians’ clothes and how much money they have in their pocket. Clean clothes and over 50 shekels in the wallet are proof of intention to infiltrate Israel. Those suspected are arrested.

Before the olive harvest applications were handed in requesting permits for the farmers’ children. Everyone needs help in the harvest. No answers have been received. About 120 applications are stuck in the Israeli DCO. But the DCO personnel are celebrating Sukkot (Jewish holiday) so why should anyone answer…?

Army incursions - usually things are quiet here. There are no Jewish settler-colonies, therefore – no provocations.

Water – the village has wells. Israeli army representatives arrive once every 3 months to check the water situation, namely how much water is pumped by the Palestinians. Lest they pump too much… They pay about 2.50 shekels a cub.m. to the local council.

Electricity – the Israeli electricity company supplies the village with 50 amperes, which are not enough. They urgently need to increase the supply.

A youngster enters and shows scars on his arm. He has an entry permit to his land but did not make it on time for the opening of the checkpoint gate and got through by opening the fence. He was caught and beaten up. I cringe and he smiles. Blows are a matter of habit here.

The fellow joins us and guides our driver to the second checkpoint.

Checkpoint 609 – the time is 12:05. The army is already here and in a few minutes the gate will be opened. The yellow sign on the left bears no information about the checkpoint number and the opening times. Why? The Palestinians know anyway – says the army… About 30 people cross on tractors and in vehicles. We meet our friend G. He has lands on both sides of the fence. 5 women are harvesting olives on the Palestinian side, and 10 young men in his grove across the fence.

Again we hear that opening times are too short. Not everyone manages to get through. 10 minutes in the morning is not enough. At times at noon the army doesn’t bother opening. The Palestinians have to wait until 4 p.m.

A car with UN insignias arrives. Random checks are conducted. They talk with Palestinians, write down notes and photograph. I go over to chat with them. They have not heard about Machsomwatch. I tell them a bit, take out our Arabic-language information page about us and our activity.

Before leaving the fellow invites us to the olive press. Machinery is in full action. Plenty of olive sacks and olive oil containers.

We met S. who invited us to his new home, now under last stages of constructions. It’s a large two-story house, his son and family will live in the upper floor, and S. in the lower. The other son’s home is being built on another plot of land. His wife, living in Qalansawa (inside Israel proper) will arrive for weekend visits. He seems very content.

In a previous report we wrote about street-light poles that were placed on his land and did not enable tractor passage. (Near the 407 Jbara Checkpoint) Deep pits were dug and earth taken out of them was left on the roadside. With Tzvia’s help we notified Yesh Din and Maisoun came, took photos and looked into it. The Israeli electricity company promised to improve the situation and enable tractor passage eventually.

Applications for renewed permits – about 100 people have lately turned in their applications and have not received any answers. S. is one of them. Not is the height of the olive harvest and they cannot get to their groves… In the Israeli DCO Sukkot holiday is being celebrated. What’s the hurry…? S. had his 55th birthday last year. So now he is permitted to enter Israel any time. But he cannot access his own land. Israeli army logic!