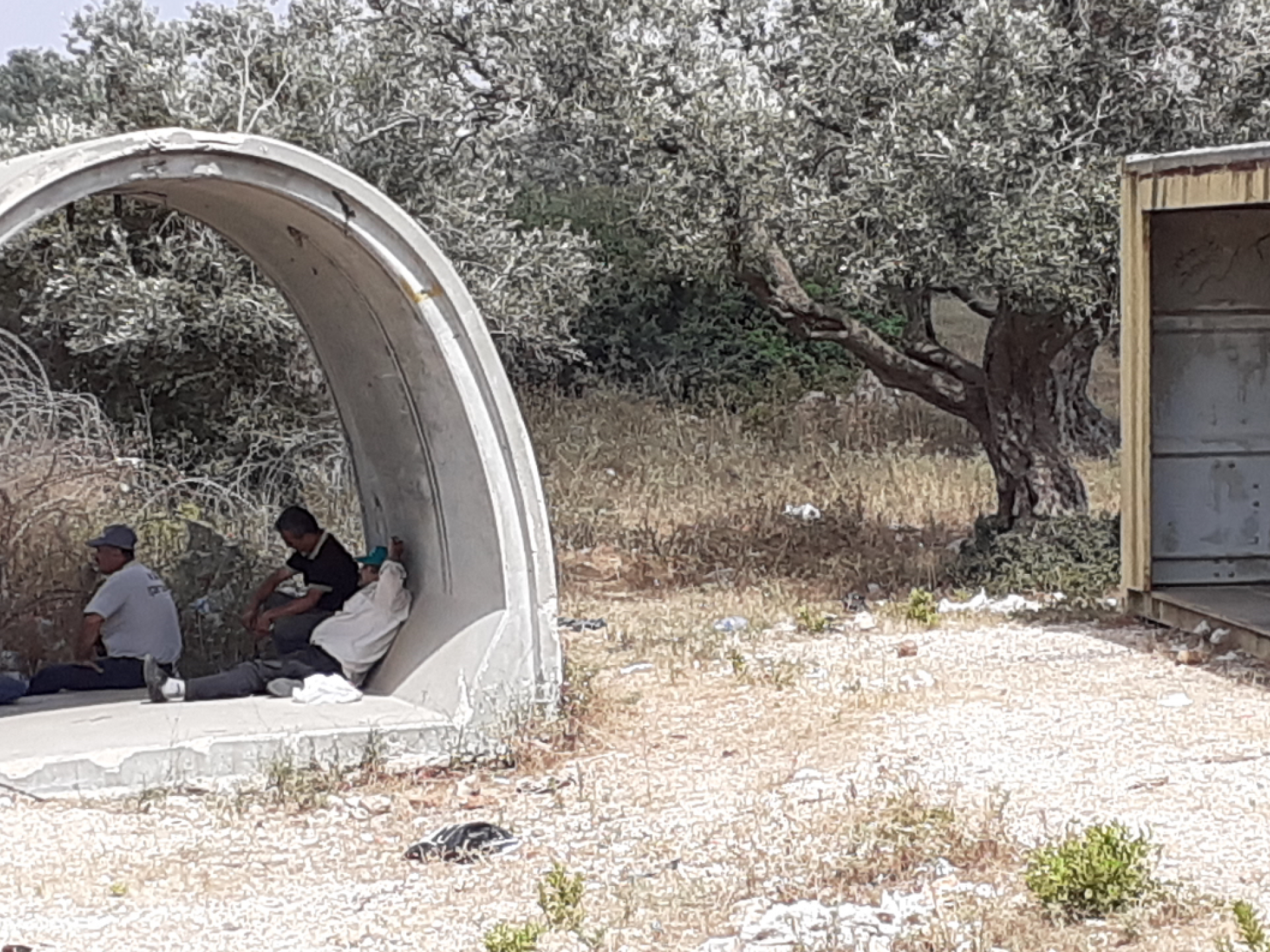 About 15 men, a woman, and two tractors were waiting for the checkpoint to open.  A few were sitting inside the concrete shelter next to the barbed wire behind it.  A few looked at the new construction in the settlement of Hinanit The military police arrived on time, made unnecessary comments about how our car was parked,  The checkpoint opened at 15:15 and people crossed quickly.

It was quiet as it usually is at this time of day.  A car and a man crossed to the seamline zone.  Three workers returned home.  From here we can see the new construction in the settlement of Shaked.

We drove by Reihan Barta’a Checkpoint and stopped at the well-kept grocery store belonging to our lovely friend from Emricha.  The store has grown and developed.  We were unable to  Aside from the usual merchandise and plants there were also modest dresses.  We bought coffee and cookies but were unable to offer any to the shop owner because she fasts on Mondays and Thursdays.

Traffic was moving in both directions.  There was no delay, only the concrete barriers slowed traffic down.

16:45 Barta`a checkpoint, the palestinian side

A lot of people were returning from work in Israel and the seamline zone.  There were no Palestinian attendants and there was no need for any because everyone was on their way home.  A man asked us if we were from a human rights organization and told us in English that it was very crowded in the morning at Barta’a and Jalameh.   We asked him where it was worst and he said it was bad in both places and that people are pushed through like animals.

17:10 – We drove back with a long line of cars bringing people back from work and were returning to Israel.