Slowly and warily those who were released from hospital that morning emerged from the checkpoint compound, most of them women, and continued towards the transport platform from where their designated vehicle would drive them home to Gaza.

Last was a woman, pale, dragging her feet. A few days ago she underwent surgery in a Nablus hospital, replacing her knee, and she yet to recover. The doctors had recommended/ordered total rest for ten days, but the instructions of the Occupation’s experts take precedence over medical ones.

The woman reached the van leaning on her walker and could not tackle the two steps in the front of the vehicle, letting three men take her very gently up and inside.

Like others, she also came there at 9 a.m., and like others, all very unhealthy, waited for six hours to get going.

Until a few months ago, the DCO had a wheelchair for sparing cases like hers extra suffering. No longer.

And one cannot help but ask again:

Earlier, next to the vehicle checkpoint, an Arabic-speaking officer of the Israeli army spokesperson’s office gave a flattering explanation about the wonders of the renovated checkpoint and another officer stood facing him, documenting the speech.

“I spoke about the renovations in this crossing” he told me, as I disturbed the two and broke the idyll claiming that there is a different between a crossing – where people cross – and a checkpoint that checks and blocks passage. 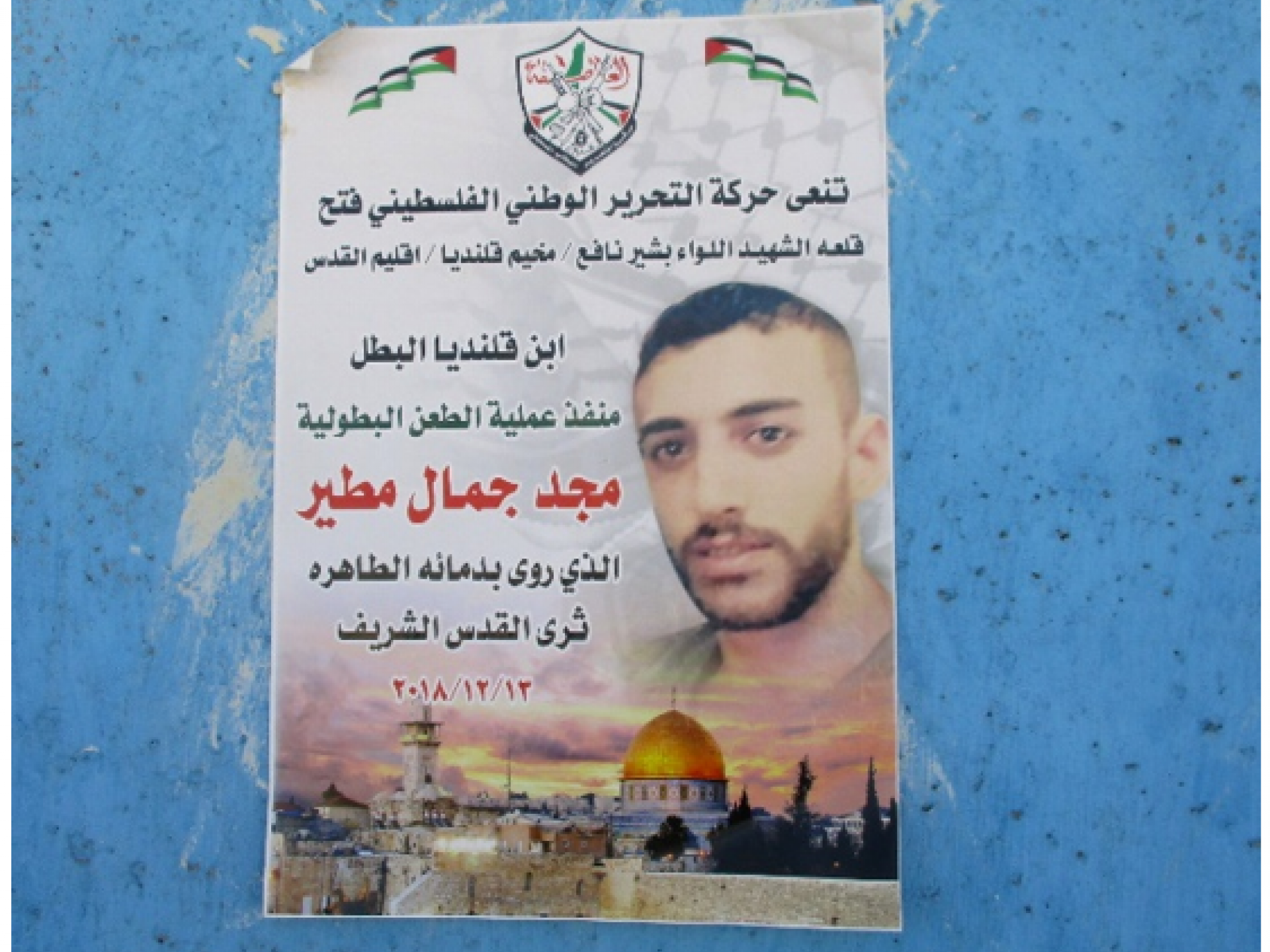 Away from there, in front of the refugee camp, the inner wall that surrounds the checkpoint area showed a picture of the latest martyr from the camp, Majd Jamal Mutir who was shot to death by an Israeli Border Police unit on December 13, 2018, on Hagai Street in the Old City of Jerusalem.

Israeli media reports: “Two Border Police combatants were wounded lightly in a stabbing in the Old City of Jerusalem, the terrorist was exterminated.”

Again, a nameless person was exterminated, a man who was as good as nonexistent except for some scratch he caused two Border Policemen.