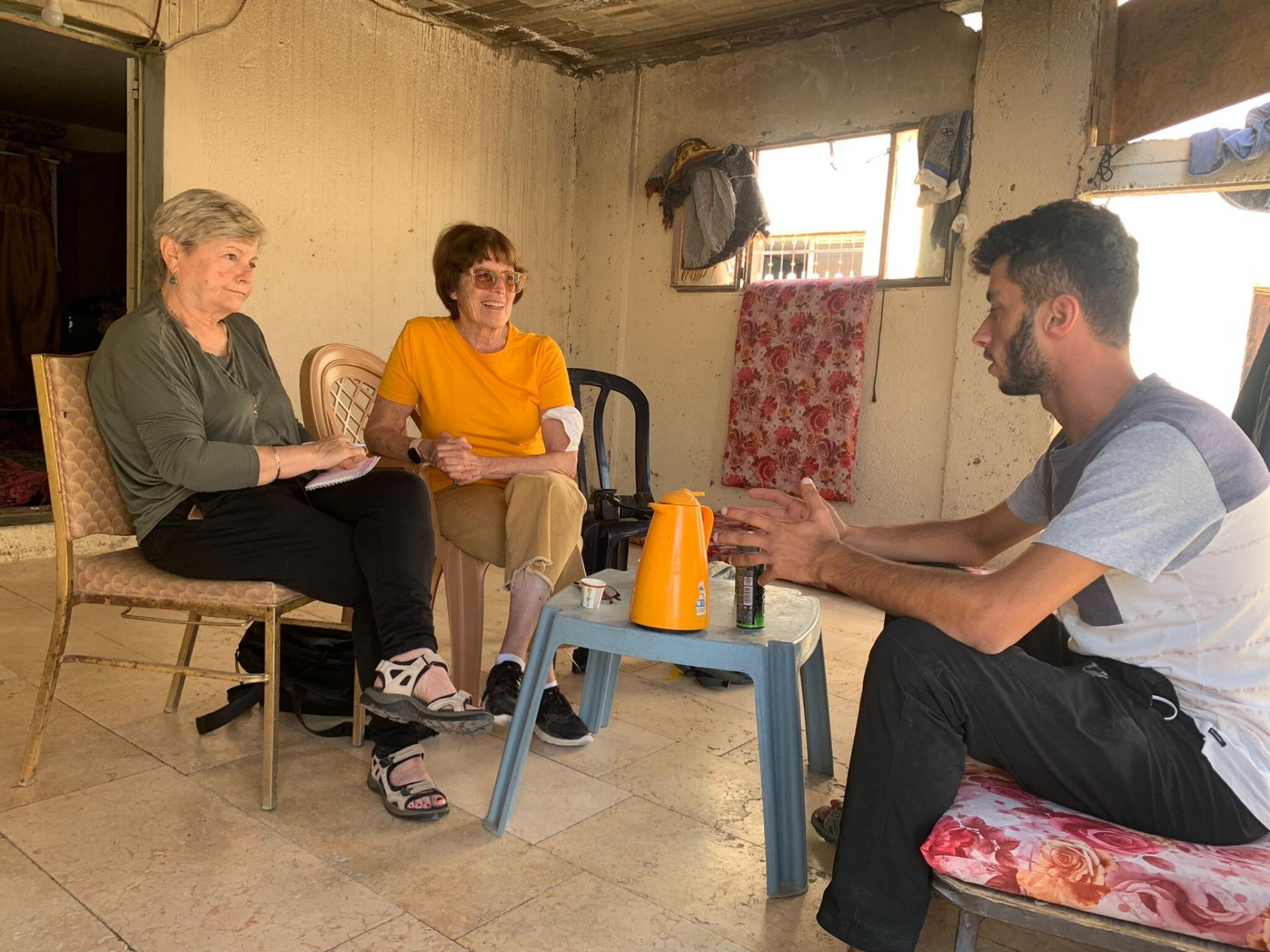 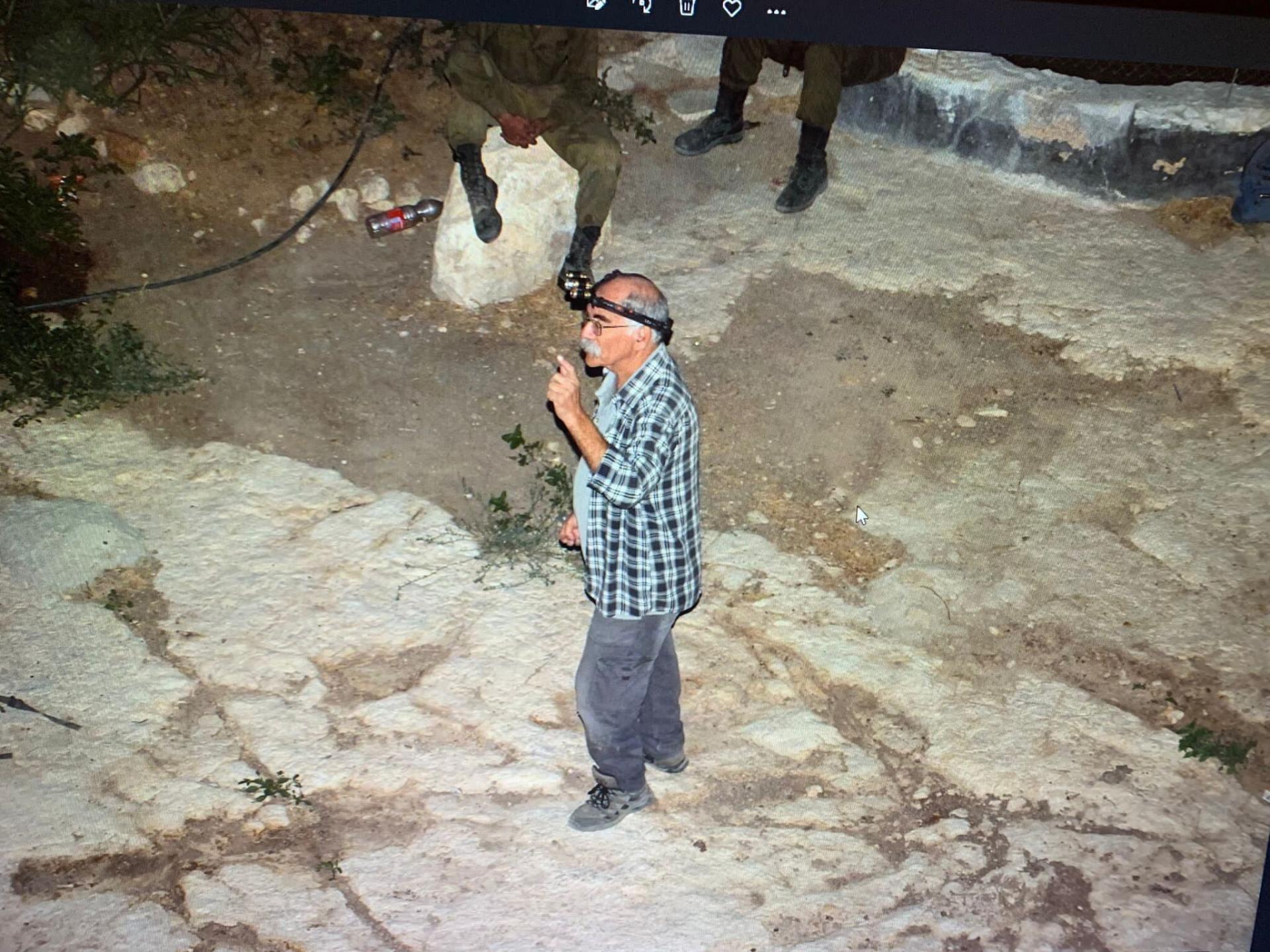 On the way from Meitar checkpoint to At-Tuwani, there is nothing new.

At the entrance to the village, a military jeep pulls out in front of us, so we entered without a problem.

We met Nasser and Bassel to hear the continuation of the event we called "the attempted murder that never happened".

Some young men from Havat Maon came to the territory of Hafez Horaini who was cultivating his land, with the intention of evicting him. Both his hands were broken, and he defended himself with the shovel he had. Itamar Cohen is the settler who hit him with an iron rod.

When an ambulance arrived to evacuate Hafez, the settlers punctured the wheels of the ambulance and prevented his being treated and evacuated. But as usual, the police only questioned the settlers, and arrested Hafez. The reason for the arrest: the charge of attempted murder. Hafez was taken to the hospital.

Today, 15/9/22, his detention in Ofer prison was extended by 5 days. The published video proves his innocence, but it does not prevent his arrest.

That night, the security forces entered the village with dozens of jeeps, dropped stun and smoke grenades.

They Interrogated the men, and warned them against contact with peace activists. The government likes quiet and disciplined subjects!

Bassel adds that yesterday at half past one in the morning a lecture was given to about 20 officers, by three citizens, right next to their house. In order to secure them, a police force was added. They stayed there for at least an hour.

After two days during which the children of Tuba did not receive an escort from the army and stayed at home, today the escorting of the pupils to school resumed.

The occupation in all its glory.