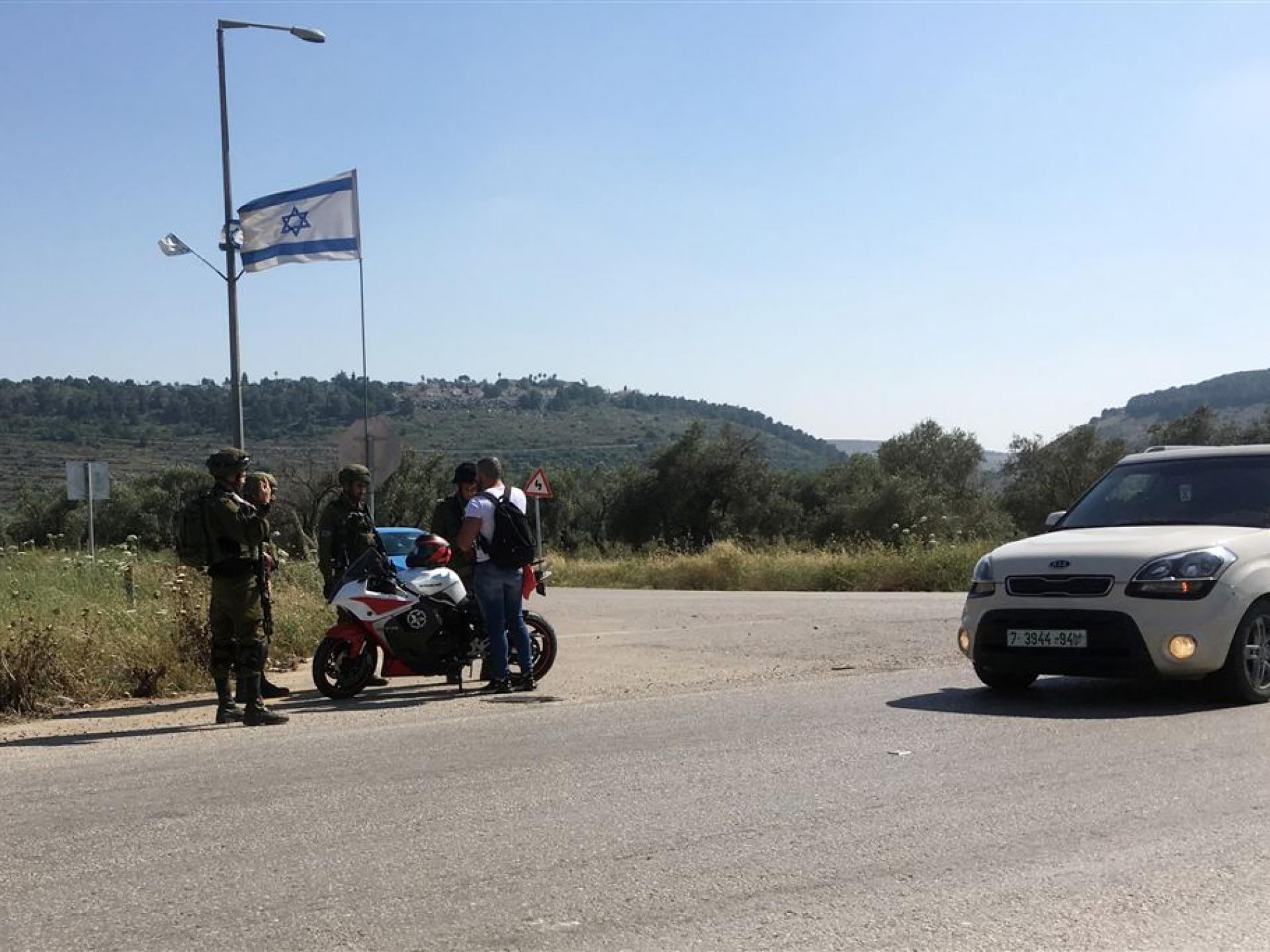 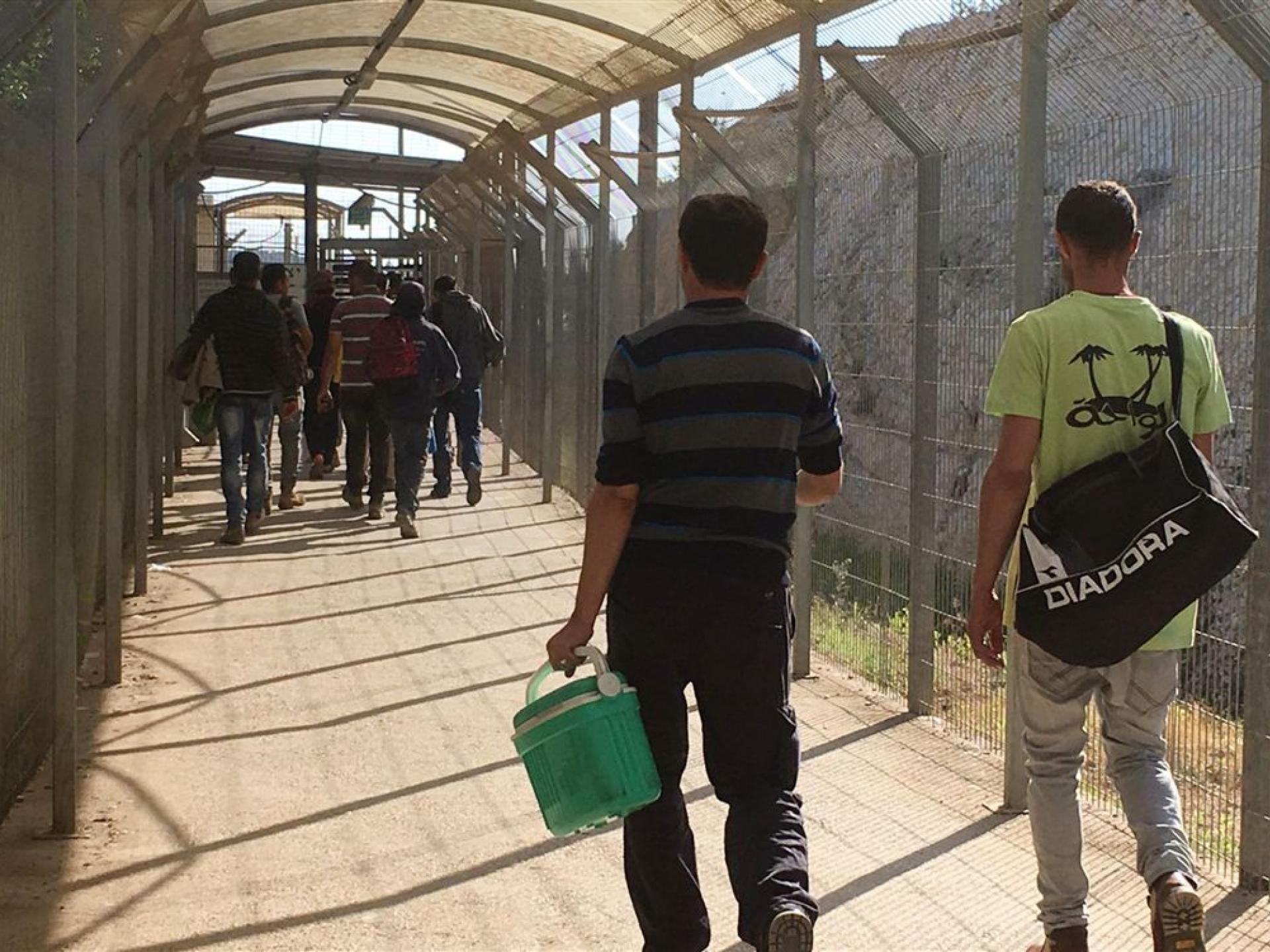 The 15th of May is Nakba Day (the “Disaster”, the memorial day to the deportation of the  Arab Israelis during the War of Independence).  Despite the warnings from two of our friends who worried about our welfare, we chose not to depart from our usual practice and to arrive at the Yabed Checkpoint, which is on the border of Area A.

There are many soldiers, many more than usual, who stop cars and while one inspects and scans them, his friend stands around him with aimed rifles. When I asked a soldier whether this was routine or a new policy here, maybe especially for the Nakba Day, he said he would not speak with women from Machsom Watch or with the media. I couldn't help but ask how he felt in this situation, adding that I didn't expect him to answer. In these moments I felt, by my very presence, complicit in a degrading act. And what can Palestinians do in this humiliating situation? Resist? If they do, what will happen to them?

An acquaintance from Ya’amon village once told me that when he sees me at the checkpoint he wants to stop and say hello, but he doesn't dare, for fear that if he suddenly gets out of his car he may be shot.

A minute before we left the place, a woman (apparently a settler) yelled to us from over the turn to the settlement of Mevo Dotan:  “Filth”!!

The parking lot is very full.  Many vehicles organize to transport workers to the West Bank, especially the builders who construct Harish City (in Israel). We met two peddlers who sell cold drinks from coolers.  Yesterday, Monday, their identity cards were confiscated by A’, from the security company because they broke with the prohibition to sell in the parking lot.  We asked to meet with A’ and he confirmed laconically, what we had already heard, and said that these men had to go to the DCO in Salaam, in order to get their identity cards back.  Certainly, that will not be free.

Tura-Shaked is quiet as usual.