Aanin checkpoint: breaches in the fence have emerged | Machsomwatch
Skip to main content
Back to reports search page

Aanin checkpoint: breaches in the fence have emerged 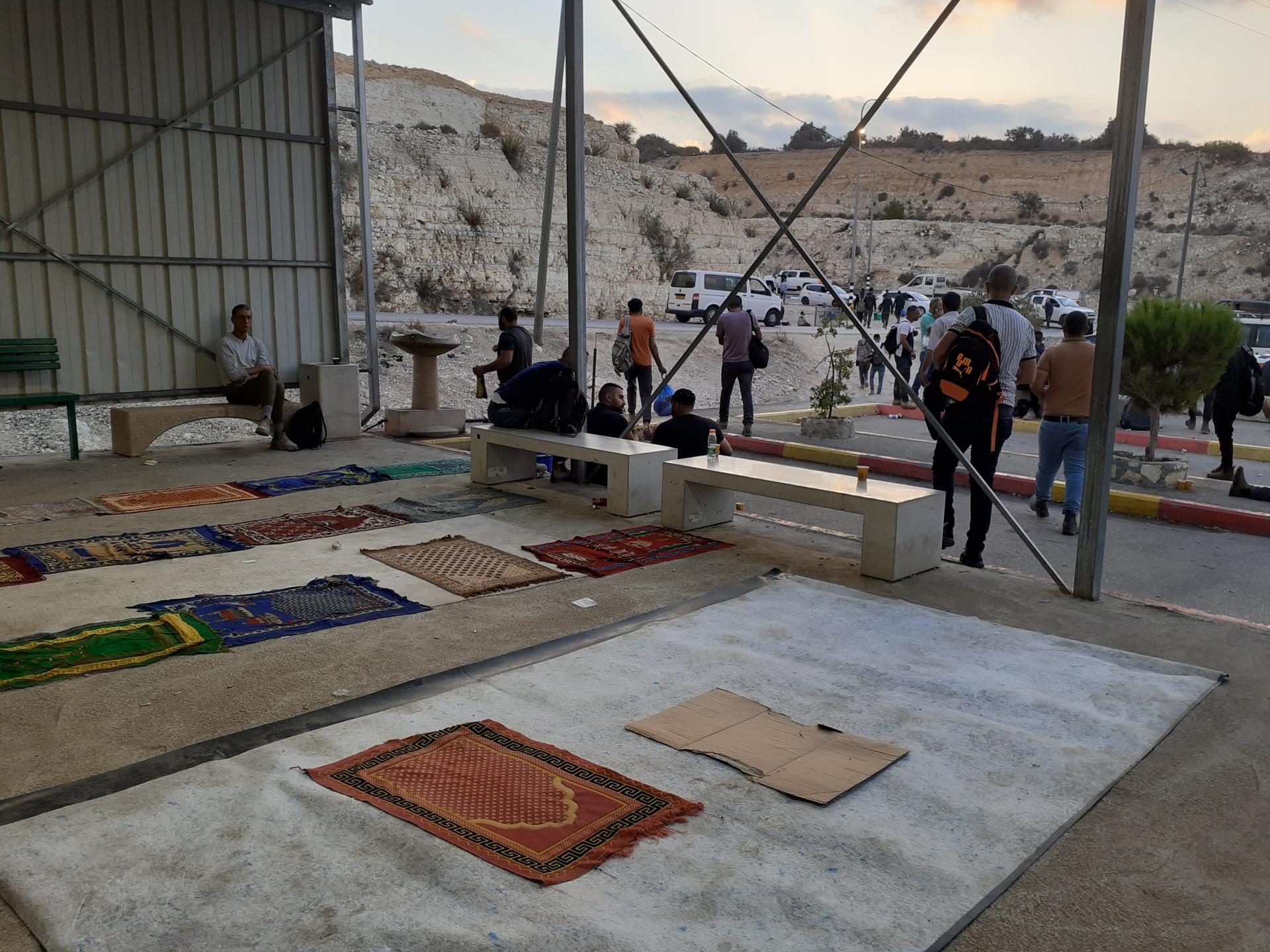 Checkpoint Barta`a: the waiting shed has become a prayer area 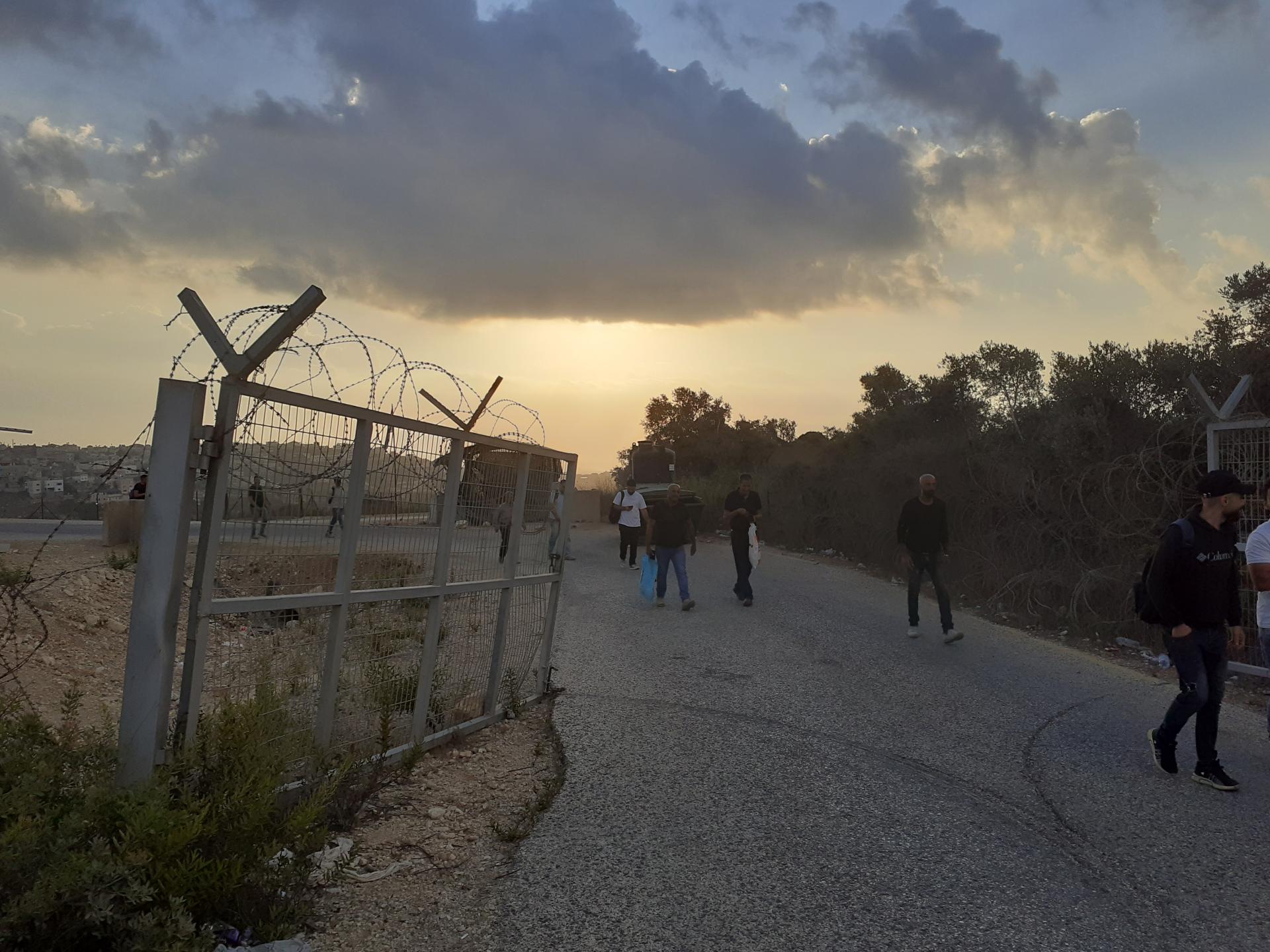 Aanin checkpoint on a cloudy morning

2. Gaps in the separation fence: A young man was caught trying to pass through a gap in the fence. He was brought to the Aanin checkpoint in handcuffs.

06:00 central checkpoint in Barta’a-Reihan, side of the seam area

The parking lot is full of shuttles, taxis, minibuses and even buses. Many prayer rugs are spread on the floor of the shed. People prefer to wait outside it. We barely manage to get down to the terminal when crowds of people pull up to the parking lot, on their way to transportation and work in Israel and the seam area. Only two women pass by at this time. The people look unusual, closed, hardly say good morning. Many of them are not regular passers-by at this checkpoint, and arrived because the Jalama checkpoint was closed due to an incident in which an IDF officer and two Palestinians were killed.

Near the terminal gate it’s already less crowded. Some are entering the West Bank, returning from a night shift. One person reads the writing on our badges and says, “‘human rights’, that’s what we don’t have here”. He says that part of the Palestinian parking lot has been closed and there is literally nowhere to park. We do not know who closed it, the checkpoint management, the Palestinian orderlies or the land owners (?).

The military police are already here, but they are not yet opening the gates

of the checkpoint. A soldier from the Kfir Brigade, from the fence guards, approached us. According to him we are not allowed to be there. In his opinion, he knows us and our opinions, believes that we harass soldiers and embrace terrorists, finds it hard to believe that Hagar's son was until recently a combat soldier and above all declares that everything is ours since biblical days and will remain so for another thousand years. His friend is calmer, keeps him away from us. Meanwhile, the checkpoint is opened and people begin to pass. One of the passers-by estimates that 500 people are waiting to pass.. to us it looks like 150. One tells us that the soldiers are 'okay' and the crossing is 'fast.' A group of women pass by with one child. They wait in the shed for transportation.

A small civilian car comes from the security road along the fence. Two soldiers come out and with them a young Palestinian handcuffed. They seat him next to the shed where the fence guards sit. One of the passers-by tells us that the guy was caught when he tried to go through a gap in the separation fence, and asks us to help him. But we can't. Some time later the car with the two soldiers and probably also with the handcuffed young man (we did not see him) drove off. We don't know where.

07:30 We entered Umm Reihan with our driver. Almost all the shops are still closed. Big and very small children are already on their way to school. Despite the sidewalk, they walk on the road in the village, right between the moving cars. No adult accompanies them. Soon they will have to cross the main road. The school is on the opposite side. dangerous and scary.

Only one person is waiting outside the shed even though the benches have been renewed. According to him, the checkpoint was opened on time, at seven, and the students had already passed.