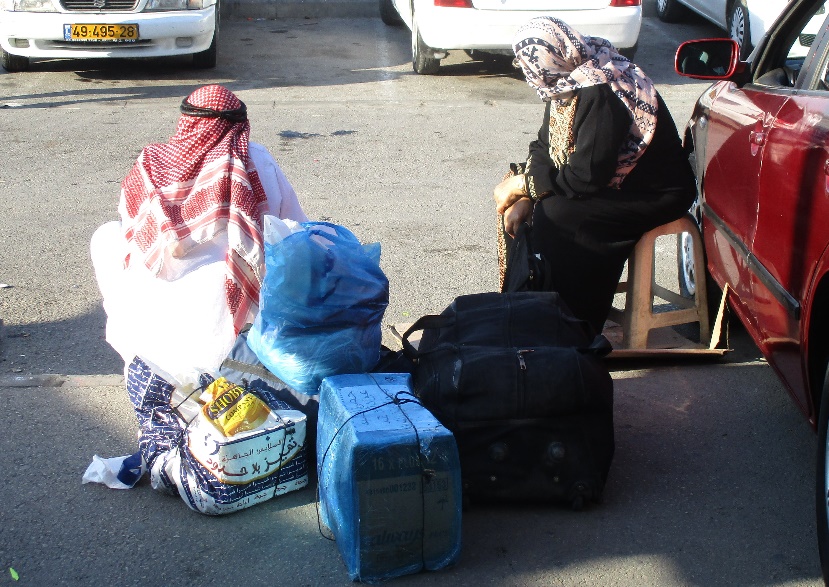 What is this holiday you have today?
- It’s not a holiday, why are you asking?
Because today no permits are being issued to Gazans.

Look at these two old people who, having left the hospital and bought all sorts of gifts for the kids, and then came here – were told to come here tomorrow.

Why shouldn’t they be allowed to cross? Look at them, they’re really old, what harm can they possibly do? And now they’re sitting and waiting for someone to come and take them back to Ramallah until tomorrow morning.

There are 50,000 people living in Jenin, and two ambulances in the city.

I didn’t know. Anwar, the ambulance driver, Khaled – the paramedic and Mohammad, the medical nurse told me this. 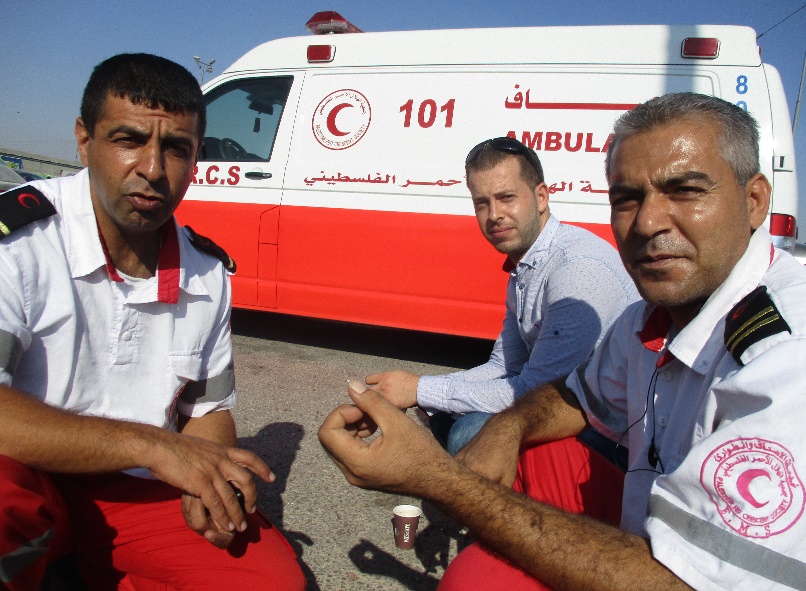 We sat for coffee beside the ambulance, waiting for a doctor coming back from Muqassad Hospital in East Jerusalem.

An hour earlier they carried a 25-year old man, who sustained a head injury in a traffic accident. A day after being treated in hospital in Jenin his condition became critical and doctors had to anesthetize him and send him, escorted by a doctor, to Muqassad Hospital.

The coordination procedures were all carried out ahead of time, the Jerusalem ambulance had already arrived at the checkpoint, but then the wounded man came to, and his life was in danger. The doctor – whose name the coordinators forgot to include in the application – feared for the young man’s life and insisted on staying with him all the way to Muqassad Hospital. This did not sit well with the soldiers at the checkpoint and all hell broke loose: all the echelons and hotlines had to be contacted. Time was running out with the wounded man’s life on the line. The soldiers insisting on procedure, and the doctor insisting on keeping his patient alive.

Half an hour later the knot was unraveled, and the doctor too was permitted to cross and escort the wounded man to Muqassad Hospital.

And all that time, a long time, while Anwar and Khaled and Mohammad sat idle waiting for the doctor, one single ambulance remained in the city of Jenin with its 50,000 inhabitants.

A blue building inside the checkpoint compound houses the community administration that is supposed to provide services to inhabitants of the Palestinian neighborhoods beyond the Separation Wall.

The director of this administration is Nadera Jaber.

Nadera contacted me and invited me to meet her, the children photos on my Facebook page had moved her.

We met in her office for a long talk, mostly exchanging opinions and views.

I also heard about the activity taking place in this building, as she said:

The post office is open three days a week;

The employment bureau receives public once a month;

The branch of the Ministry of the Interior is active two days a week for three hours at a rime (Mondays and Wednesdays);

The social security bureau is open once a week for five hours;

Nadera also told me about a master-plan to relieve transportation pressure, whereby the northern roundabout will be cancelled and a one-lane road will be paved from Kufr ‘Akeb all the way to the checkpoint. Only cars with yellow (Israeli) license plates will be allowed to travel it.

The plan has obtained all the necessary permits and is to be executed, barring unexpected delays, this coming November. 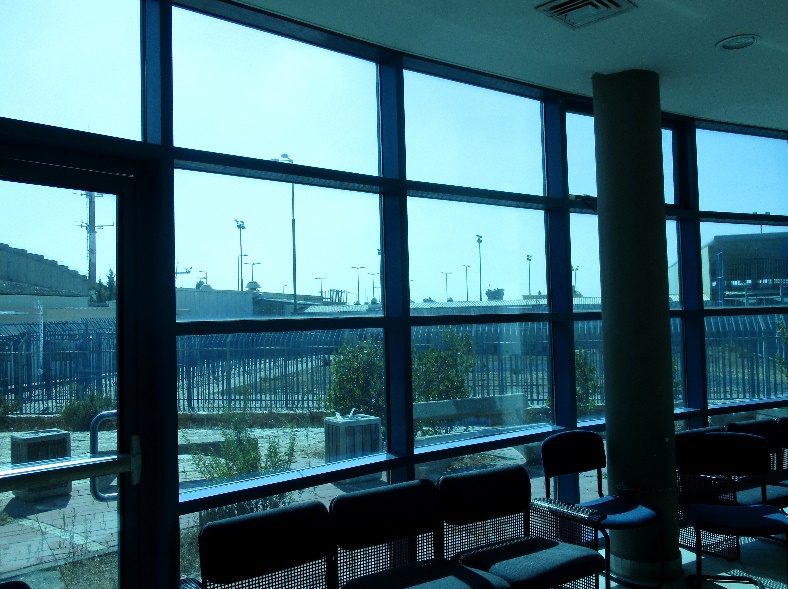 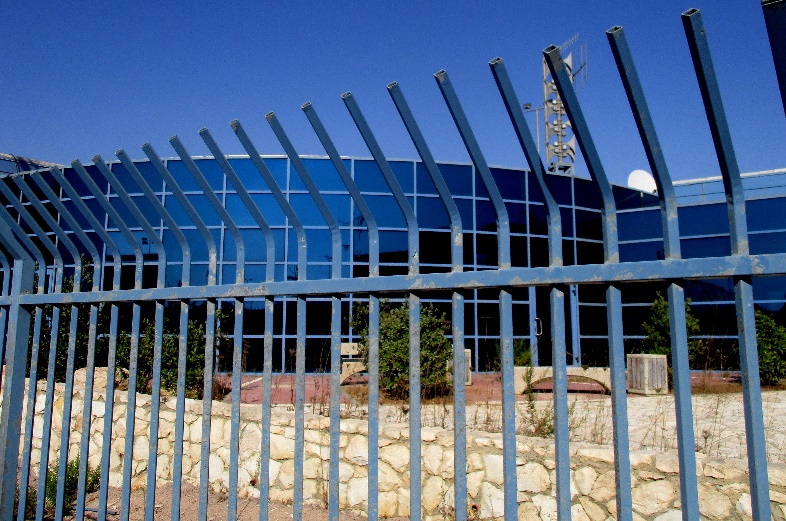