The bureaucracy in the service of the occupation – slowly, surely, silently embittering the farmers’ lives.

10:30  We dropped off parcels of clothing in ‘Azzun for Zaharan.

11:30  We came to A.A.’s home where M., from the municipality, arranged to meet us as he made his rounds during his busy day.

He arrived at 11:45 and announced he’s taking a one-year leave from his job, so that now the seam zone residents will submit their applications for permits directly to the Palestinian Liaison Office.

We asked him about the situation with applications.  He said that about 200 were submitted since January but only 55 responses have been received, most for permits valid for two months.

No response at all has been received for the others, and there’s a labor shortage.

He referred to the host of our meeting as an example.  He has 200 dunums of orchards – olives, guavas, loquats and avocados.  He’s 75 years old and is no longer capable of hard physical labor because of health problems.  He applied for five workers because it’s loquat season.

He received permits for only two and part of the crop will be lost if he doesn’t receive the remaining three permits.

And, in fact, he claimed they’d never called the farmers.  (Perhaps they need the phone numbers for other purposes, like those we read about with respect to inspections now conducted at flying checkpoints along the roads.)

It opened exactly on time.

Two tractors and eight people, some on foot, come through.

The tractor owners get off, show their IDs and then receive permission to bring the tractor through.

The first tractor enters with no problem; the second is detained.

It turned out there was an additional battery on the wagon it was pulling because the existing battery was dying and he’ll have to change in the field while he’s working.

The female MP telephones to ask whether he’s allowed to enter with the battery and tells him he can’t.  He leaves it on the Palestinian side, next to the shed where people wait.

I later telephoned the DCL Situation Room and was told that whoever wants to bring in a battery must coordinate that in advance – for security reasons.

I don’t understand how it’s a security issue – whoever wants to use a batter for other purposes can always obtain one on the Israeli side.

But the Occupation works according to its own logic – which is to make it more and more and more difficult for Palestinians, and not ask any questions.

We leave for Jayyus north.

The checkpoint opens on time.

Things here are organized a little differently.  All the soldiers inspect people entering.  They line them up and they wait.

We asked what happened.  They say there’s a problem with the computers so they’re waiting.

Fortunately for the Palestinians the problem didn’t last more than five minutes and the soldiers began letting them cross.

A farmer on a tractor on his way to the fields tells us he tried this morning to leave via Jayous south but, apparently because tires were burned there yesterday evening, the checkpoint wasn’t open and he was forced to lose half a day and go to work only in the afternoon.

Three farmers return on bicycles from the fields, about five more on foot.

Two tractors also return, one with cartons filled with produce on which is printed “Palestinian Product” in English and Arabic. 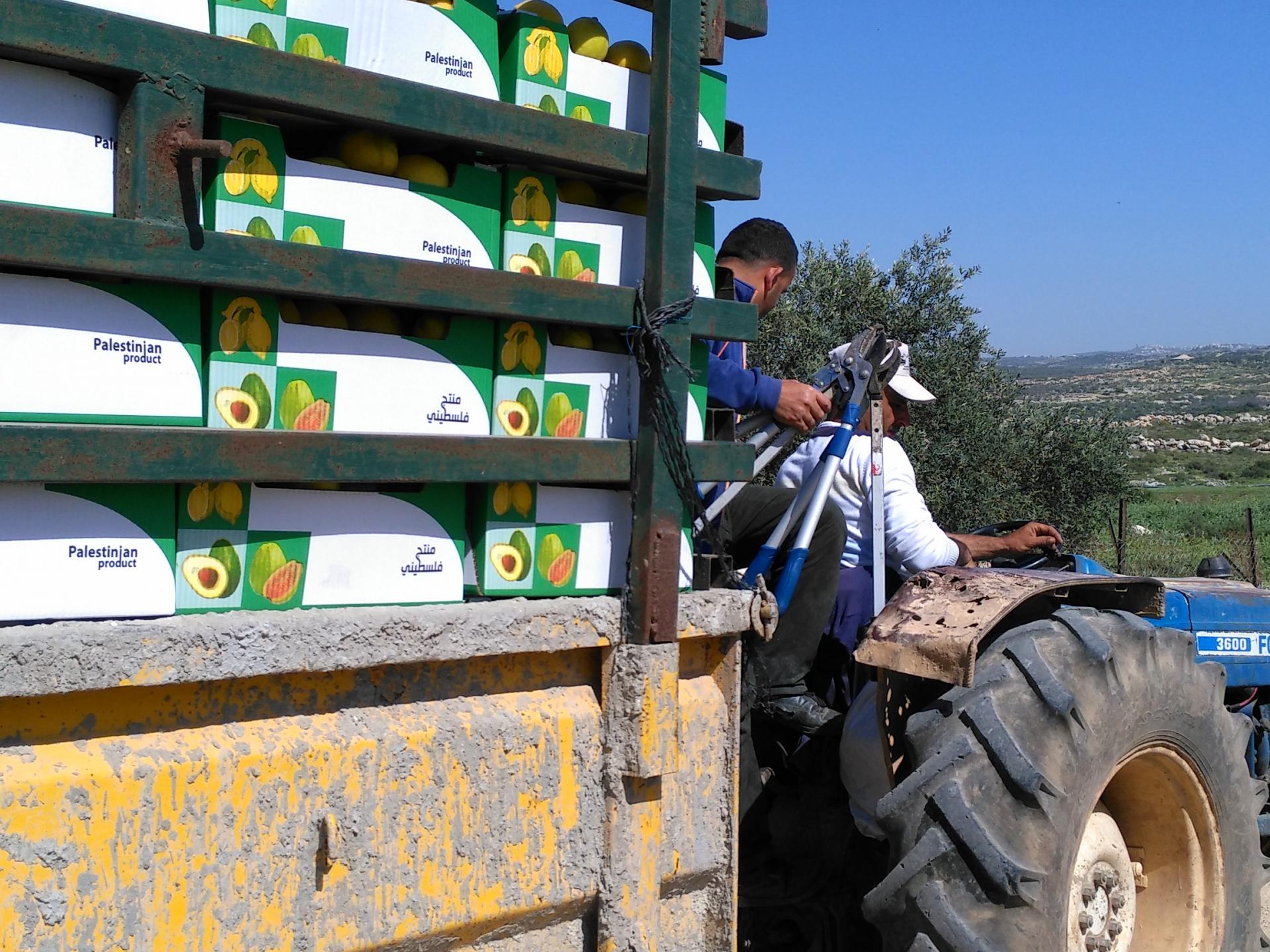 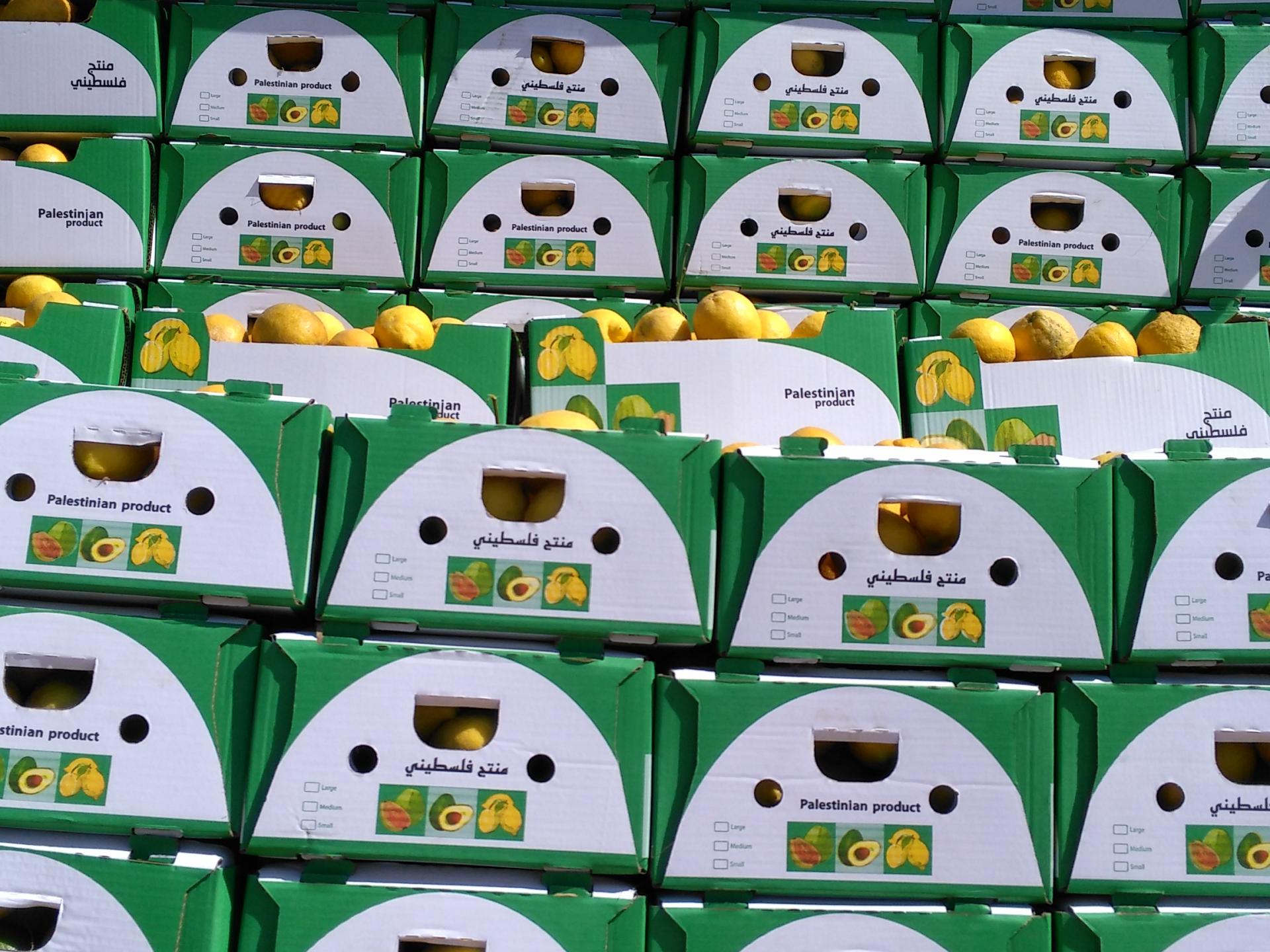