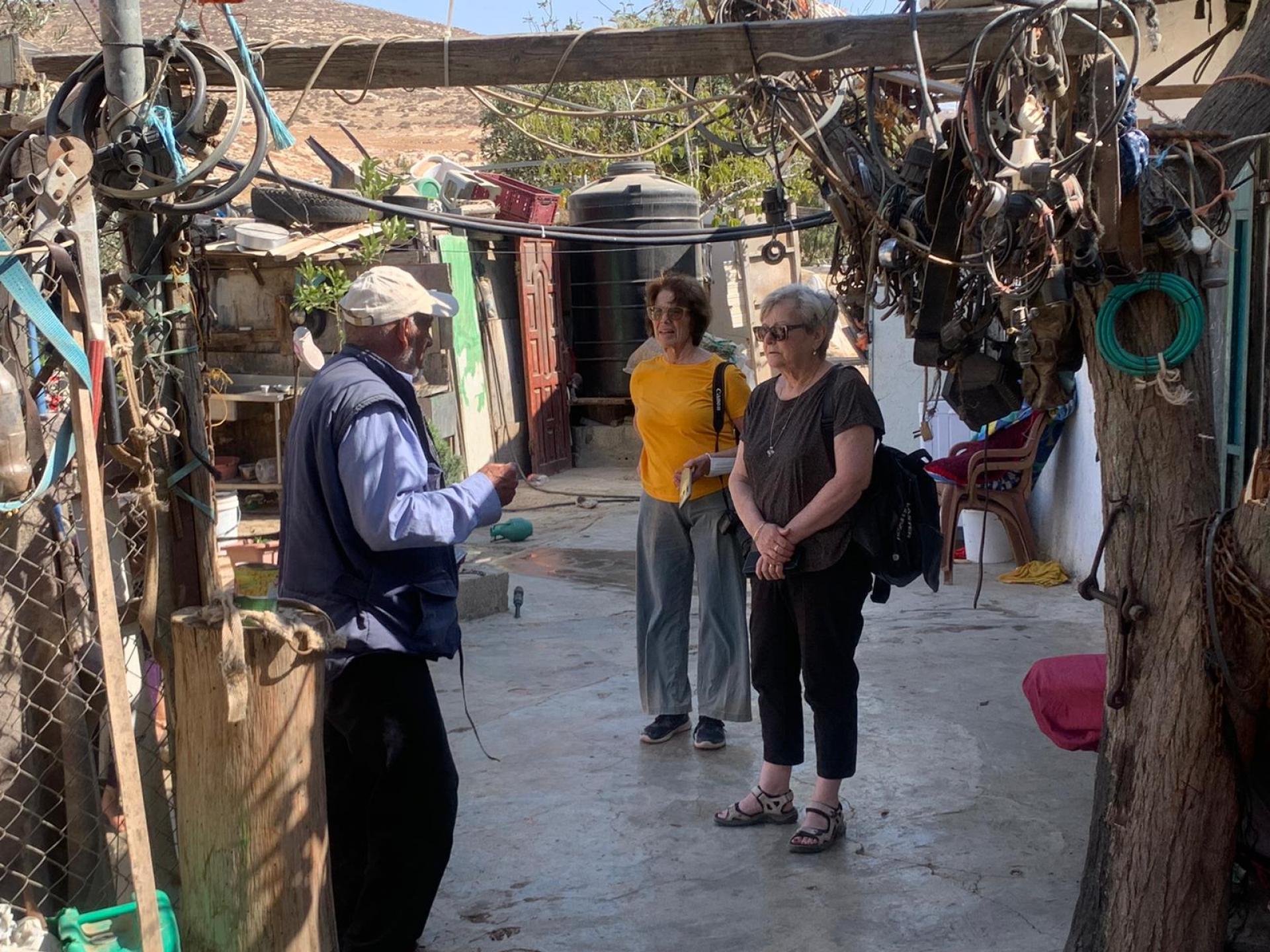 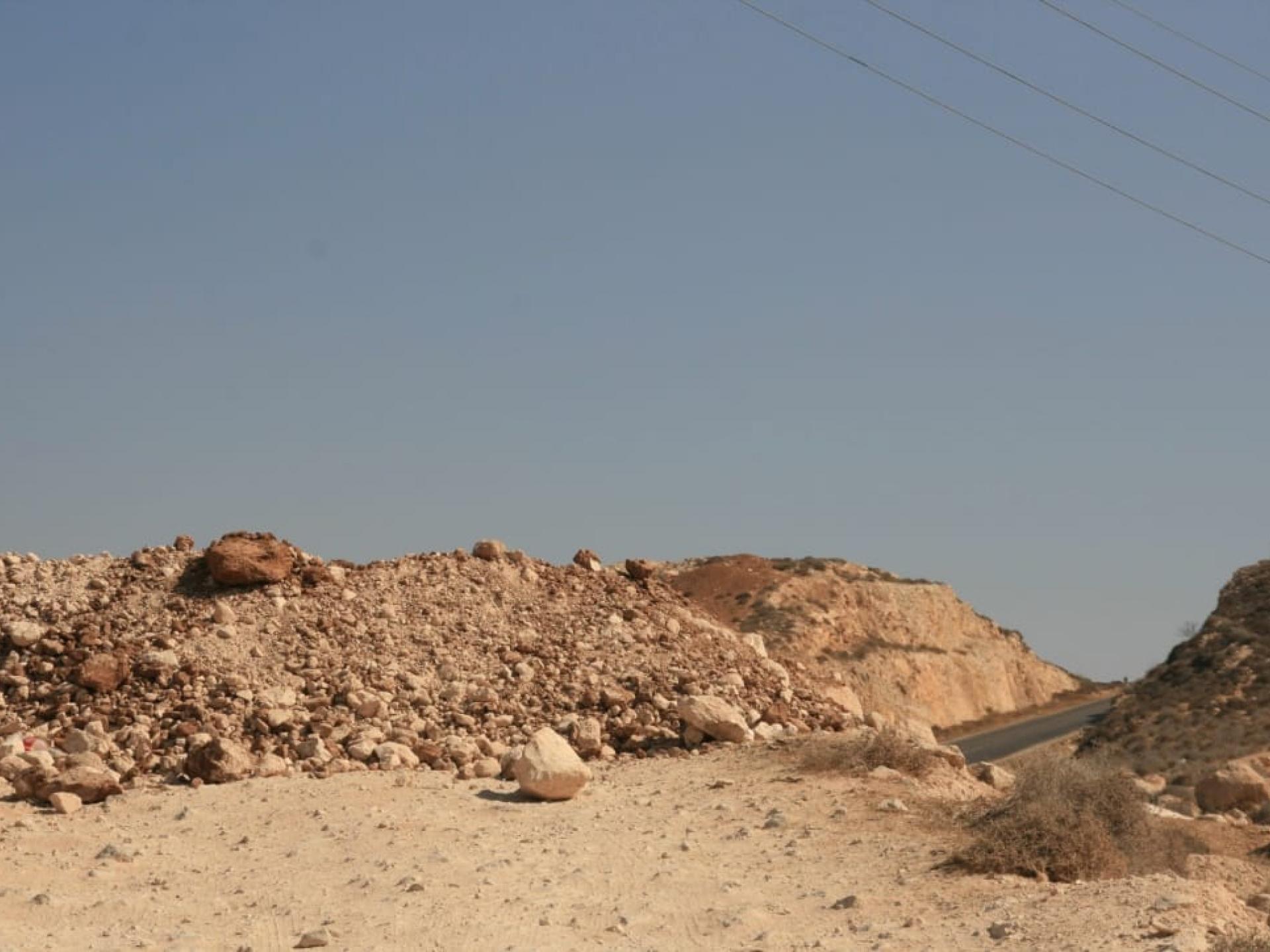 Wadi Radim – the road to Abu Safi is still blocked

A heart-wrenching and infuriating report on the abuse of a poor civilian population, blocking access to homes, arbitrary searches by the sovereign. Water Deprivation - Right below an illegal settler farm which enjoys abundant water.

The military tent that was placed at the beginning of Route 60 is gone. We did not see another tent.

At the Meiterim intersection facing Highway 317, flags of three types are hanging: the Israeli flag, the flag of the South Mount Hebron Regional Council, and a flag indicating 40 years of settlement in the council..
The entrance to Abu Safi (Wadi Radim) is still blocked by an earth embankment, leaving  an entry and exit option narrower than usual.

makes it difficult for the bus to pick up the little girls for kindergarten in Zenuta. Only the 5-year-old walked and they picked her up near the road. Farah, the younger one, finds it difficult to walk this distance, so she stayed at home.

Abu Safi describes a very difficult financial situation. Today he tried to sell yound goats and sheep to survive, but had to go back because of the roadblock.

He adds and says that each trip to Samu’ to fetch water takes 3 hours. Only the diesel costs him 100 NIS, while the water has been discounted.

He says that every drop of water is like a war. Even when washing the dishes, they are very careful

Abu Safi's health is also not at its best. He has breathing problems and his injured leg is very painful.

This is a difficult visit.

We ask what about army visits, and it turns out that on the night of 11/10/22 two military vehicles arrived around 9:00 PM. They collected their cell phones, so that the Palestinians could not photograph, as well as their IDs (they took pictures of the IDs).

According to Abu Safi, at around 18:00 they entered the houses in the village of Rawan, which is on road 317, in front of Samu’. They searched there too, and also turned over the contents of the cupboards, moved objects and drove away. They also did a similar action in Zanuta around 19.00.

And what about Israel Kaplan, the owner of the farm next to the Asael holdings? Well, he is busy paving a road to the hill in front of the farm, where he takes his sheep and where he built a water pipe.