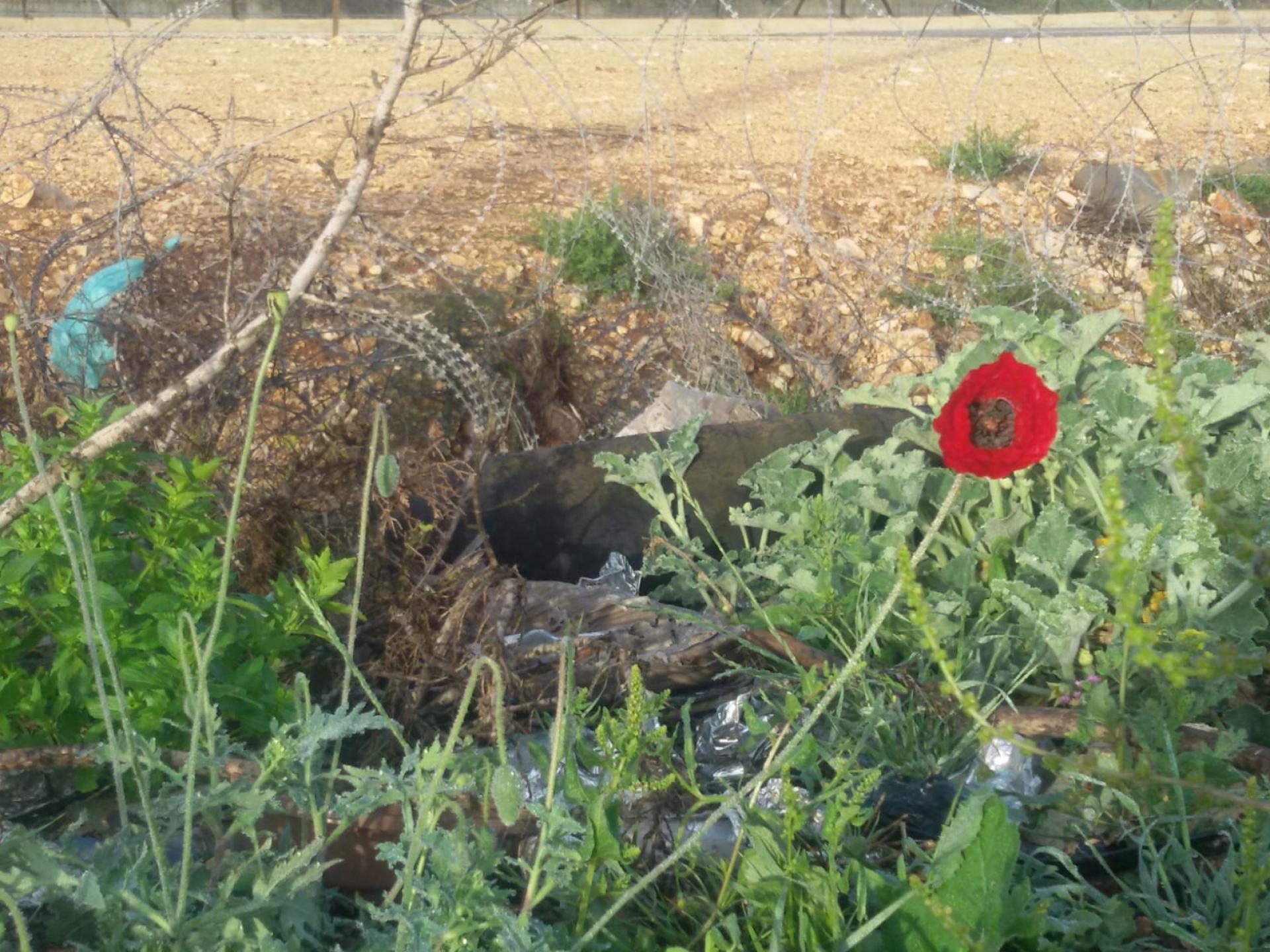 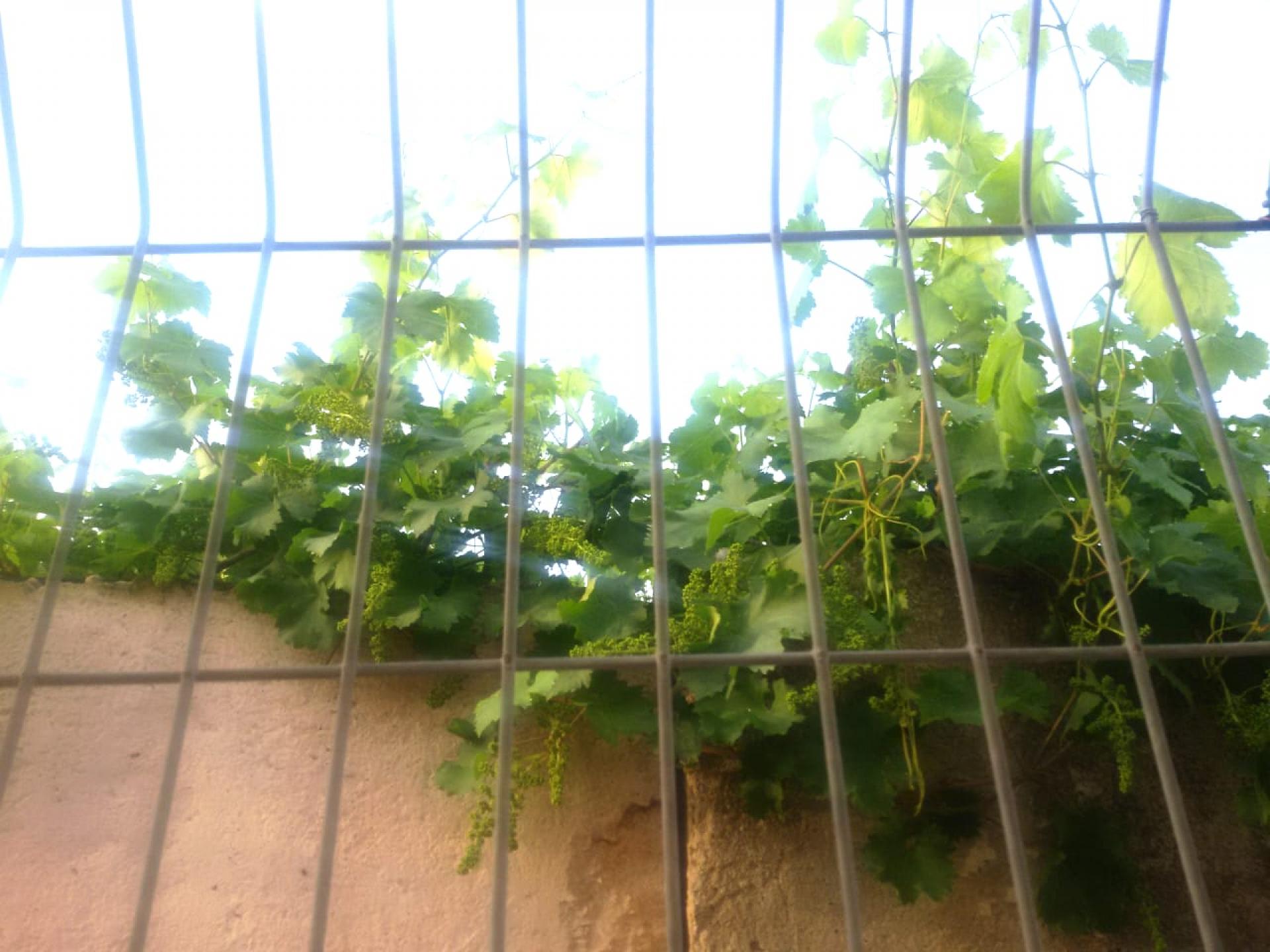 It was Holocaust Remembrance Day, so the flags at Barta'a Checkpoint were at half mast.  A pomegranate was flowering on the other side of the fence as well as roses and bunches of unripe grapes.

The line of Palestinian workers was not particularly long and did not fill the shed, but the line was not moving.  The turnstile was closed but opened after a few minutes and people began entering the terminal.  People were praying in the second shaded area.  The construction of the two sheds was not progressing.

14 small trucks loaded with merchandise were waiting in front of the vehicle inspection facility.  Other trucks were waiting in the parking lot.  One of the drivers told us that the facility works from 08:00 – 14:00, but even if a car arrives at 17:00 it is still checked.

The checkpoint was not manned.  Cars were being held up because of the concrete blocks on the road and the gate blocks the dirt road running alongside.

There were Israeli flags flying along the road and on the pillboxes next to it.  Independence Day is approaching.

The children from the village of Emricha were waiting for their ride to school.  There are no sidewalks along the road running through the village.  The shoulders of the road are narrow and it is dangerous for the children to walk.

There were a lot of workers waiting for rides to work.  Six inspection windows were open in the terminal.  People were coming out quickly and buckling their belts.  Many bought coffee and cakes at the kiosk belonging to the settler.  There were lush flowers growing on the other side of the fence.

There is a big difference in the amount of cleaning and maintenance between the seamline zone side of the checkpoint and the Palestinian side.  We hope that when the new sheds and awnings are finished on the Palestinian side that it will be better cleaned and maintained.

The checkpoint was open and someone told us it had opened at 06:00.  There were few cars or pedestrians crossing.  According to one of the people crossing, the efficiency depends upon the soldier in charge.  "100 people could cross in ten minutes, or it could take ten people an hour and a half to cross."

A group of very young friendly laughing girls arrived.  Unfortunately we could not chat with them because we don't speak Arabic.  The garbage container was overflowing and there was litter scattered around it.  The area around it is covered with poppies and other wild flowers in contract to the fence.

We left at 07:40.  Teachers who work in the school in Um A Reihan who live on the other side of the fence were going to work.