We crossed the Bezek Checkpoint at 13:30.

It is very hot and dry!  The thermometer shows 38-40 degrees.  A herd of cows is making its way through the Ein Al Hilwa Riverbed.  There are a few private vehicles on the road and a lot of military vehicles.  The army training areas are empty.

The climb to Tayasir Checkpoint: The large and small fields are already plowed and ready for planting winter crops.   There are many squills in bloom all around.

It has already been two years or more since the army camp near the checkpoint was used, but there is still a large pile of garbage nearby and there are a lot of bags filled with garbage around the large container.   Perhaps people who were busy with demolitions in the village of Akaba ate and left their garbage behind. 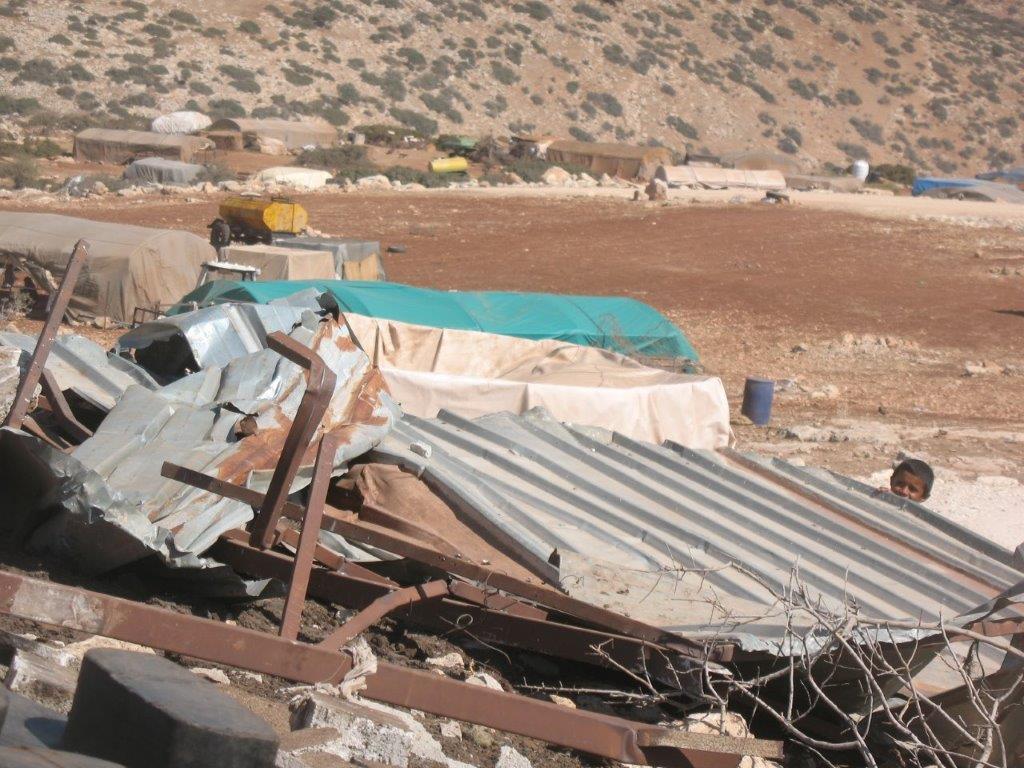 We drove onto an unpaved road south of the road leading to the village of Akaba.  We were mistaken to think that this was the area of demolition.  We saw chickens and sheep, but no people.  There were army vehicles traveling southward on the road towards the training area.

In the village of Akaba we met Hajj Sami, the mayor of the village.  One of the people who was with him rode with us to the family whose home was demolished.  We met A> and Y.  They told us that the residents of the village and the surrounding area of Hamam Al Maliakh have helped them and are helping to rebuild the ruins.  They did not receive any help from the authorities.  They are now living with neighbors and do not understand why people who have never done anything wrong are being harassed in this way.

The Alon Route: The Guchia Gate is closed.  There are fresh dirt embankments surrounding it and it appears that work has recently been done to make them even higher.

Hamra Junction: A military vehicle with barred windows is standing at the southeastern corner of the junction opposite the army post.  The bulldozer is parked in the yard of the checkpoint waiting to demolish homes or to dig more embankments.   The road is open.  The checkpoint overlooks the area.  We hope that the checkpoint will not be operating over the upcoming holiday of Eid al Adha.

Halt makhul - We met women in the village and wished them a happy holiday.

We crossed the Bezek Checkpoint at 15:50.