Policemen and security guards blocked anyone going back into the West Bank, regardless of age or gender. They inspected IDs and permits, some Palestinians underwent an actual body search. Others were forced to lift their shirt and expose their upper body. Quite a few were led into the closed inner compound of the checkpoint (arrests?). Others were detained at the side of the road for long minutes. There was a humiliation parade that included cursing and threats for a young man who responded to his inspectors with pursed lips. There was also a man caged in the small concrete cell, and anyone passing by could not help but see him through its windows. 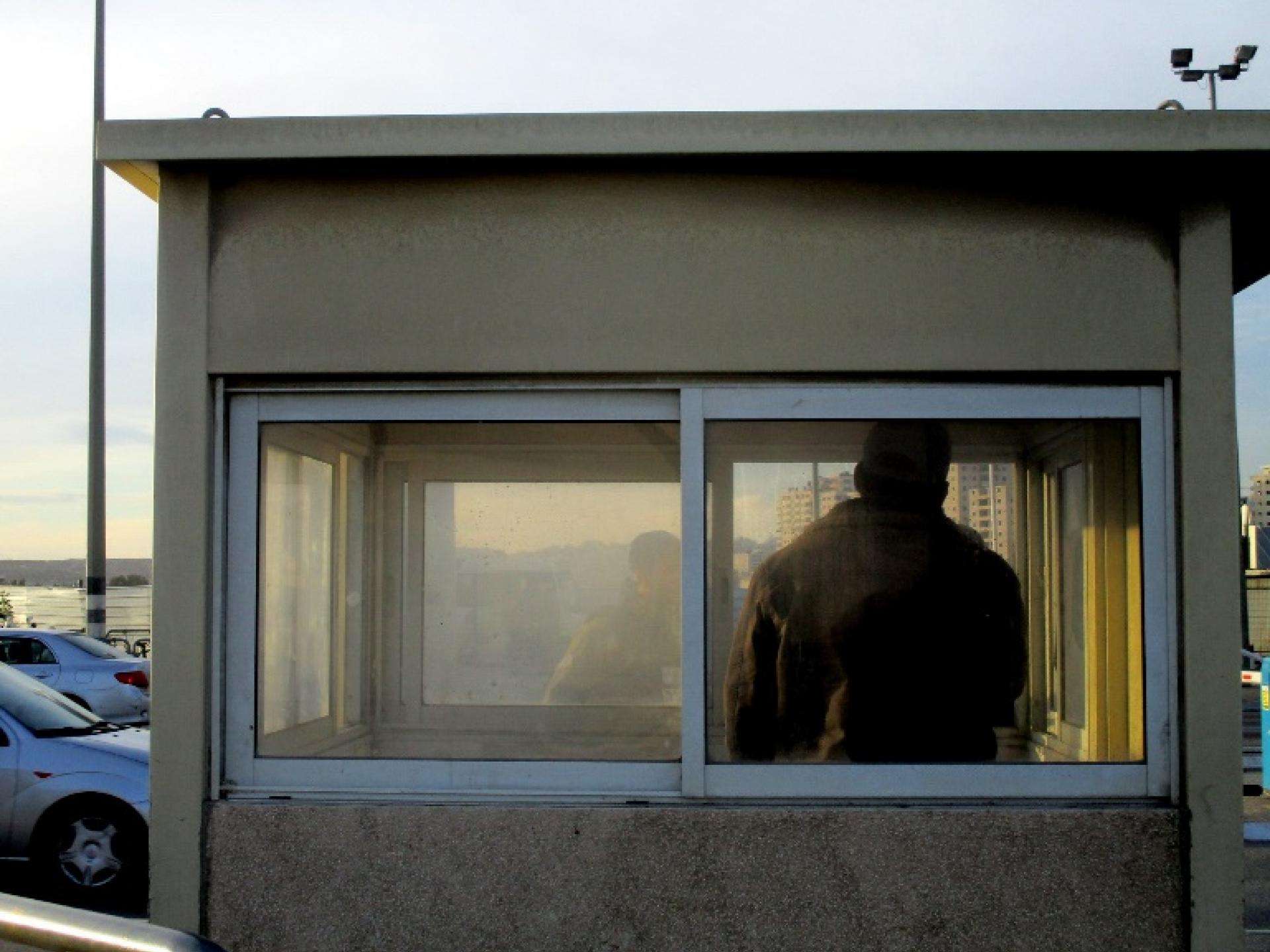 Further on, Iman’s ambulance waited only half an hour plus some minutes until the ambulance from the West Bank arrived, carrying a dying man who was returning the East Jerusalem hospital of Augusta Victoria to his Nablus home. 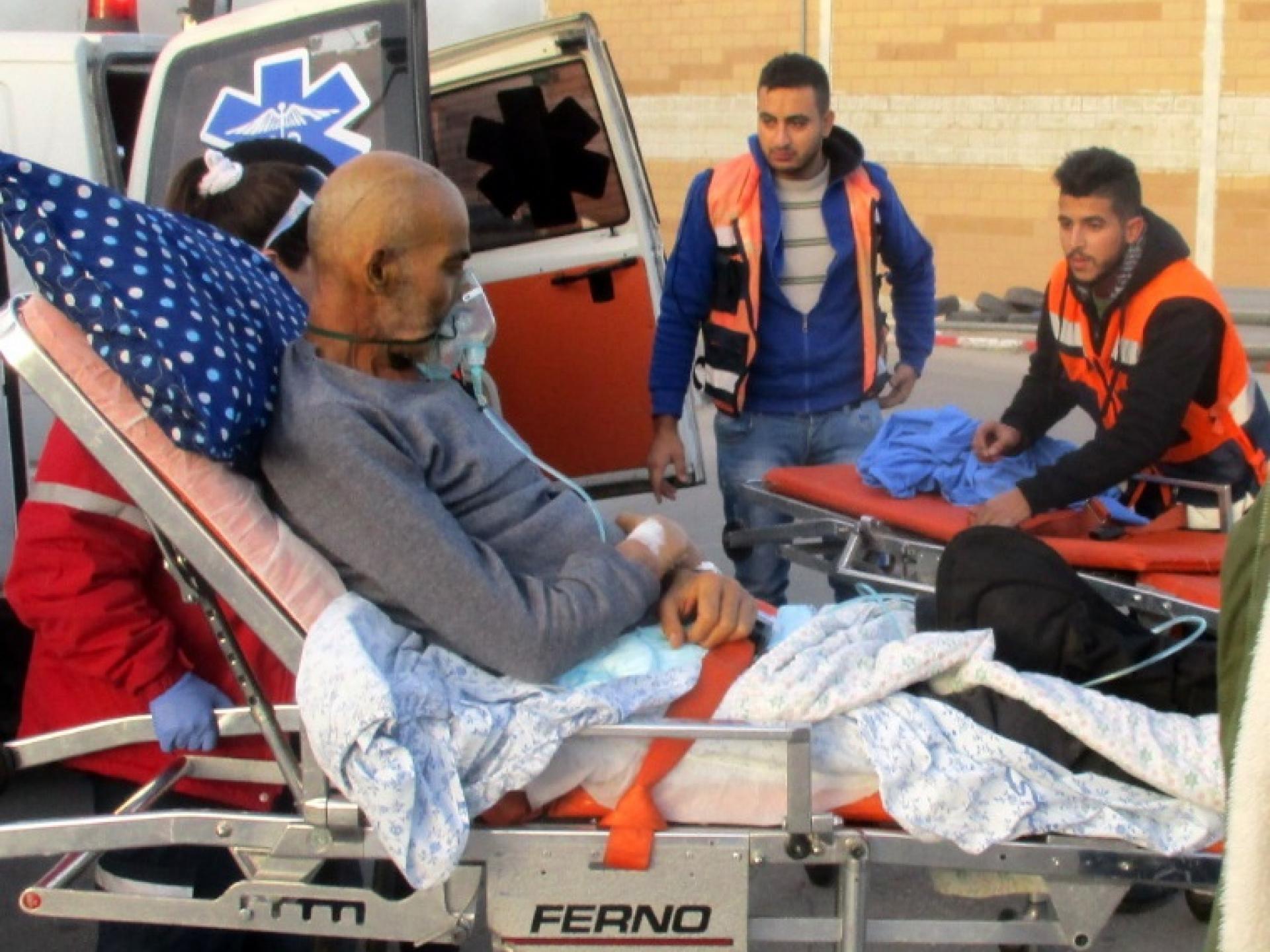 Waiting for an ambulance from the West Bank
Photographer:
Tamar Fleishman

Riots, confrontations, violent protests and all the rest of those definitions depend on the media and its editors. What happened there in Qalandiya that afternoon was that children lit a bonfire up the hill, on the inner – Palestinian - side of the Separation Wall. One child holding a sling threw stones at the Wall’s other – Jerusalem – side and then climbed a ladder that reached only up to half the height of that wall.

Within a short while, the blue sky was striped with white as if a jet plane had whooshed by – stripes that crashed to the ground with thick teargas swallowing everything and everyone.

Time passed, dark falls early and with it arrived two armored cars loaded with Border Police, twelve in number, who disembarked, armed with rifles and grenades.

Their friend, a civilian security guard, approached the bunch, and leaving them – yelled “Fuck them!” – a sort of parting blessing. The armed men lined up and marched over to the other side of the checkpoint. There, facing the refugee camp, they took up positions, their rifles pointed at homes and people.

But the children were no longer on the hill. The bonfire had already died down and there was no one left to fuck.

So, at the order of their commanding officer, they lined up again and marched back to where they came from. 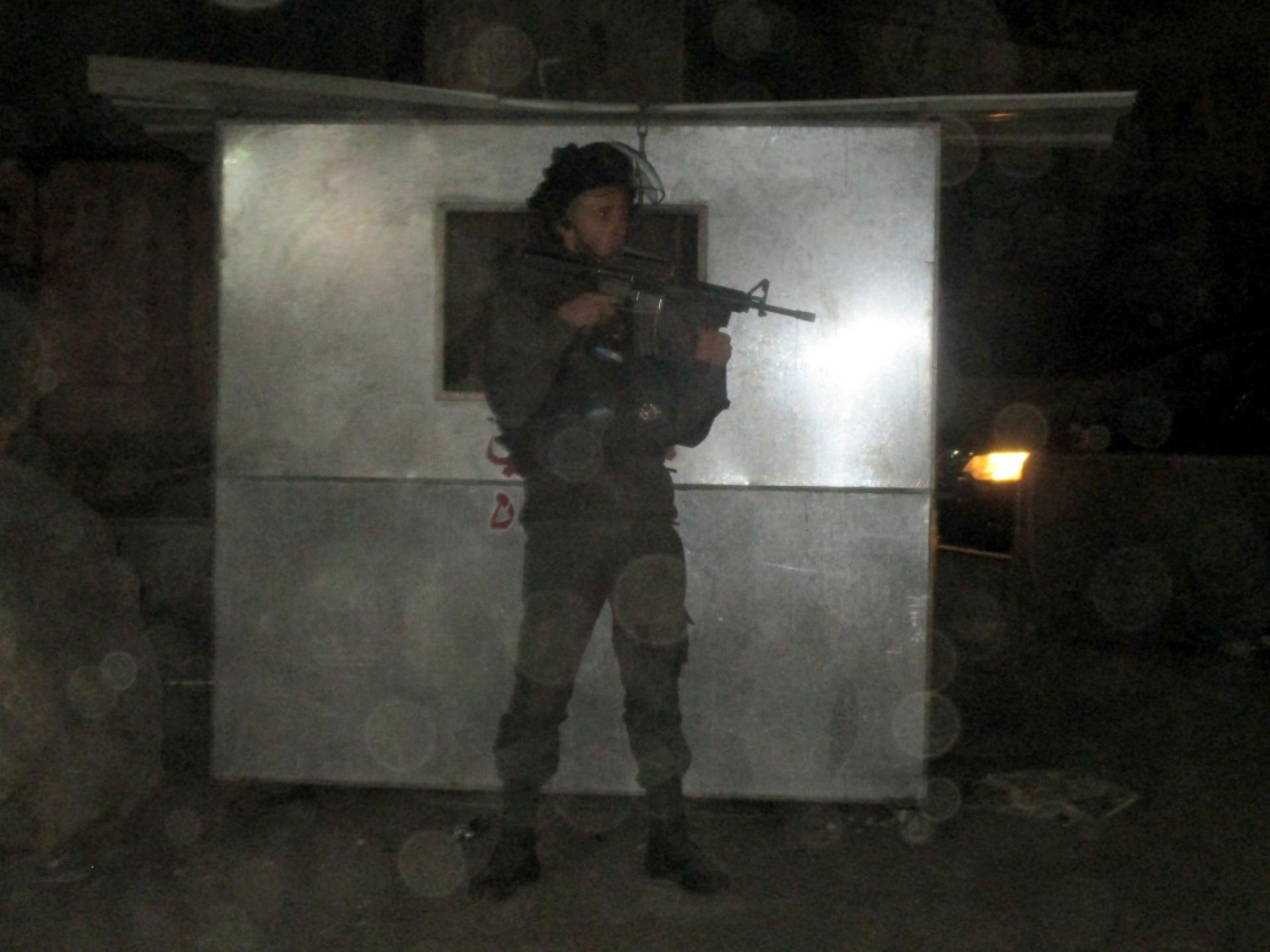