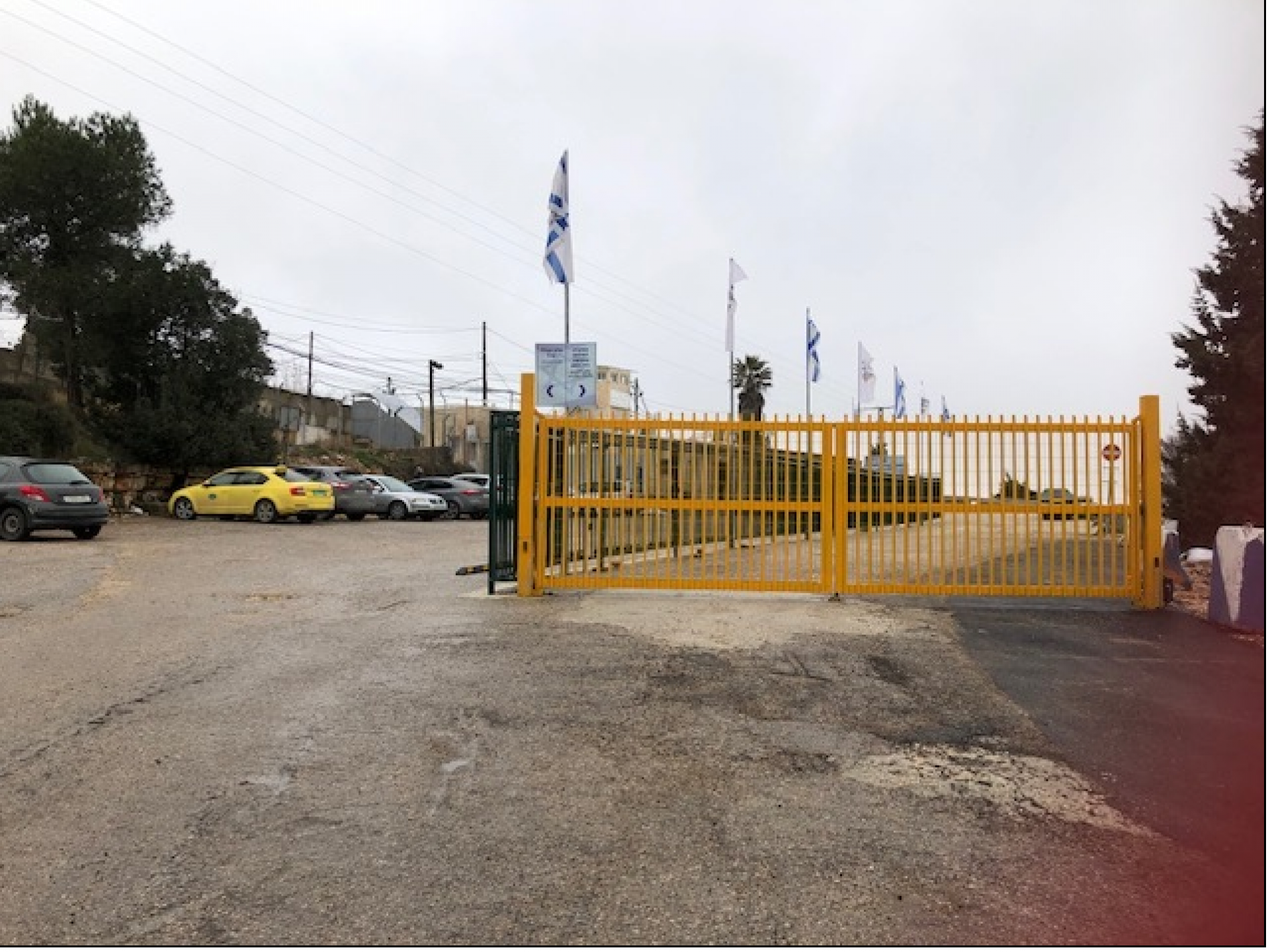 Etzion DCO: Another Iron Gate was born, to whom? Why?

A bitterly cold day. 2 degrees. A new yelow  iron gate has been added. Who can go through it? No one seems to know. Some contractor had made some more money.

When we arrived there were a few cars but the waiting room was completely empty and we were sure that within half an hour we would be on our way home.  Not so and it turned out to be a longer shift than ever before.  After that there was a steady stream of people. But we sat in the car as the waiting room was freezing.

Two young men arrived. They had been stopped a few days ago and after one of them had been interrogated an hour he was told to report to the Shabak. They had come yesterday and spent the routine few hours with nothing happening and had come once again. The  young man said he had had no problems previously.

The saddest case was that of a young man, the poorest of the poor, who has two children.  Both his small son and daughter have extreme medical problems. His wife is in her 9th month of pregnancy. He says that they were not cousins.  He took a lawyer to whom had paid 3000 shekel and for once the lawyer seems to be really trying to do something.  They live in a hired house which  is almost empty of furniture and he showed us the bed of the little girl…sponge rubber such as one sees in the streets of sofas which have been thrown out. The little boy has a serious heart defect and cannot walk more than a few steps and then falls. He says they use rags for the little girl as he can only afford pampers for the little boy. His mother is dead. The father now has two new wives and has thrown them out of the house.  This after he, when working, had helped the father financially. He himself had  worked for a contractor in Zur Bacher but suddenly found that he was a security risk and has lost his job.

He had come previously  with all his papers to the DCO but had been told that he had two missing. He came back with the necessary papers but  had been told that he had to go back to Beit El and he did not know why. N. , the soldier who has been so helpful, called him in and took the papers to the Shabak for him. We also sent the details to Hanna Barag. He just asked for help, not for financial aid. Shlomiet at the end of the shift took him back to Beit Umar. We want to state that we often hear stories but he sounded so genuine in his bewilderment and fear for his son .  He needs to bring him to Hadasssah in Jerusalem but of course he cannot get a permit.

A well spoken man told us that he has his own company and many workers and for the past years had a permit to come to Israel with his car suddenly found that he was a security risk. Why?

Another man who had been caught illegally in Israel and had shown a fake ID was not “permanently” prevented from entering Israel.

There was a steady stream of people coming and when we went to check we found that they had passed through the turnstile but there were no soldiers to deal  with them. We were told that the soldiers had been having happening for Tubi Shvat and would shortly be returning to work.

Another man came with a report which he had just received. He had parked his car on the side of the road at Beit Umar to go to buy something where we have also parked in the past. A policeman came past and gave him a fine of 750 shekel with the option of going to court. We explained to him that he had to decide promptly as  to what to do as the fine would soon go up if he did not do so.

We often ask those who have been called in to the  Shabak if they are called in in an effort to get them to “cooperate” with the authorities but normally, very sensibly,   they just smile and do not say yes  or no.