In the fields the grain has already been reaped and gathered in bundles, even some threshing has already been done. We see no one on the roads or at the roadside except for some shepherds with their herds eating the stubble.

We stopped in Susyia and visited with Azam, and were impressed with his home – an example of all that can be done with so little. Everything is clean, orderly, even decorated, and the rocks are place of livelihood with a chicken coup in their midst, some flower pots vegetables and an olive grove in the ravine.

At Tuwani we wished to see the water holes which the neighboring settler-colonists had contaminated, but we were told we couldn’t reach them without a 4-wheel drive vehicle, so we were hosted by Nasser and were impressed with the additional initiative to wreak a living from the local harsh conditions: In the lower floor of the house a center has been established for women who embroider, and their work is taken into Israel for haute couture (by the Two Neighbours Association). Nasser’s son has built a room for the workers and guest rooms are also planned for the roof. In the meantime they organize meals for visiting groups that also purchase clothes and watch the children dance, trained by the younger son.

Our pastoral idyll was interrupted when right before Zif Junction we saw the demolition and destruction vehicles of the Israeli army – towing and carrying a tractor, a sign that their demolition project had just ended. A local vehicle with B’Tselem photographers drove ahead of us to check what exactly happened. On the dirt track leading to literally nothing, outside the village and out of sight, we reached the rubble. The demolition order attached to it informed us that a roofless structure had been demolished. The blocks look practically new, perhaps they could be used to build anew… what fault is it of the builders?? Who knows.

On our way back on road 60, we noticed that all side barriers were open.

Despair does not get easier. 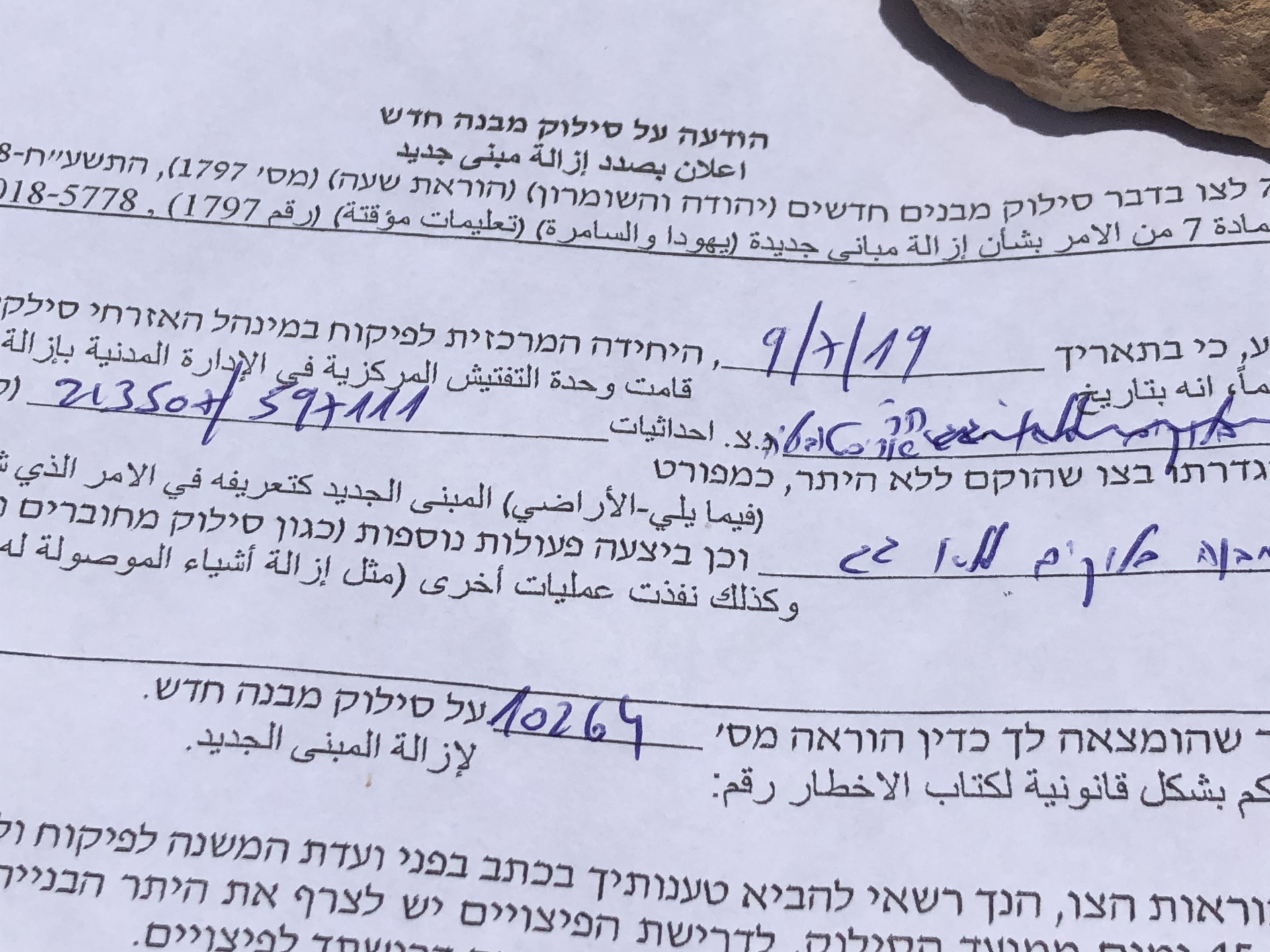