Following the occupation of the northern checkpoints 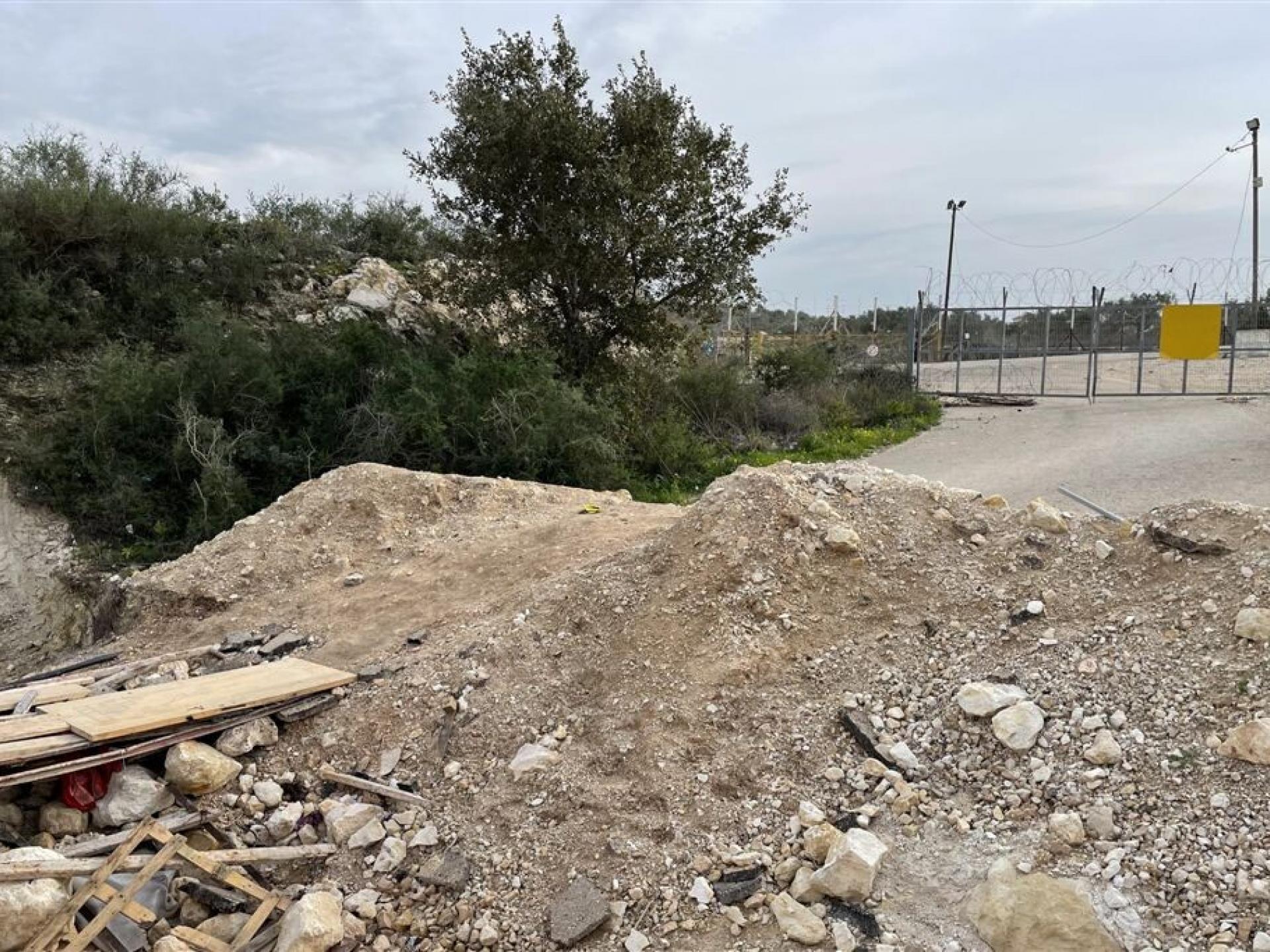 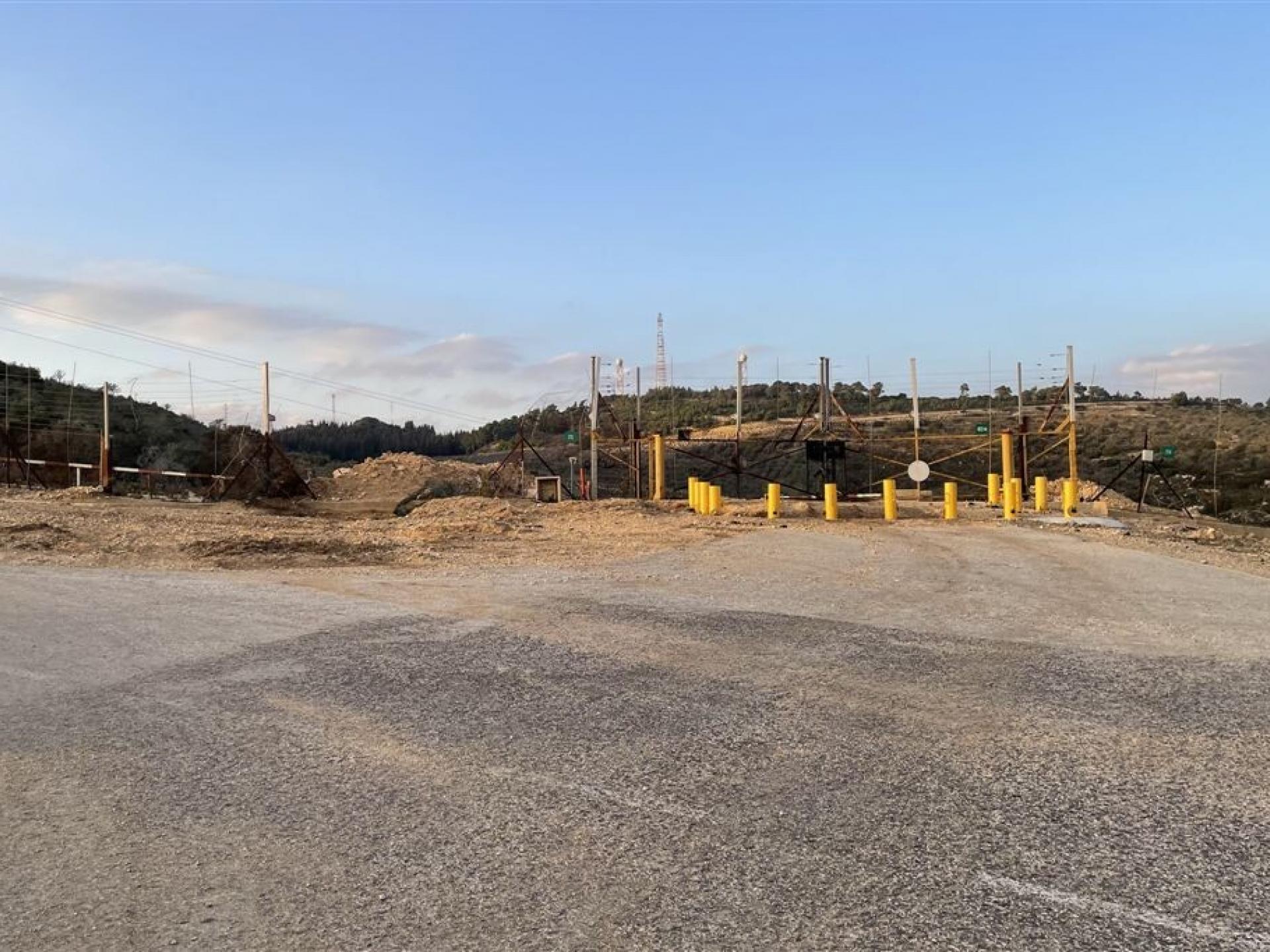 The Anin checkpoint is deserted but wide open 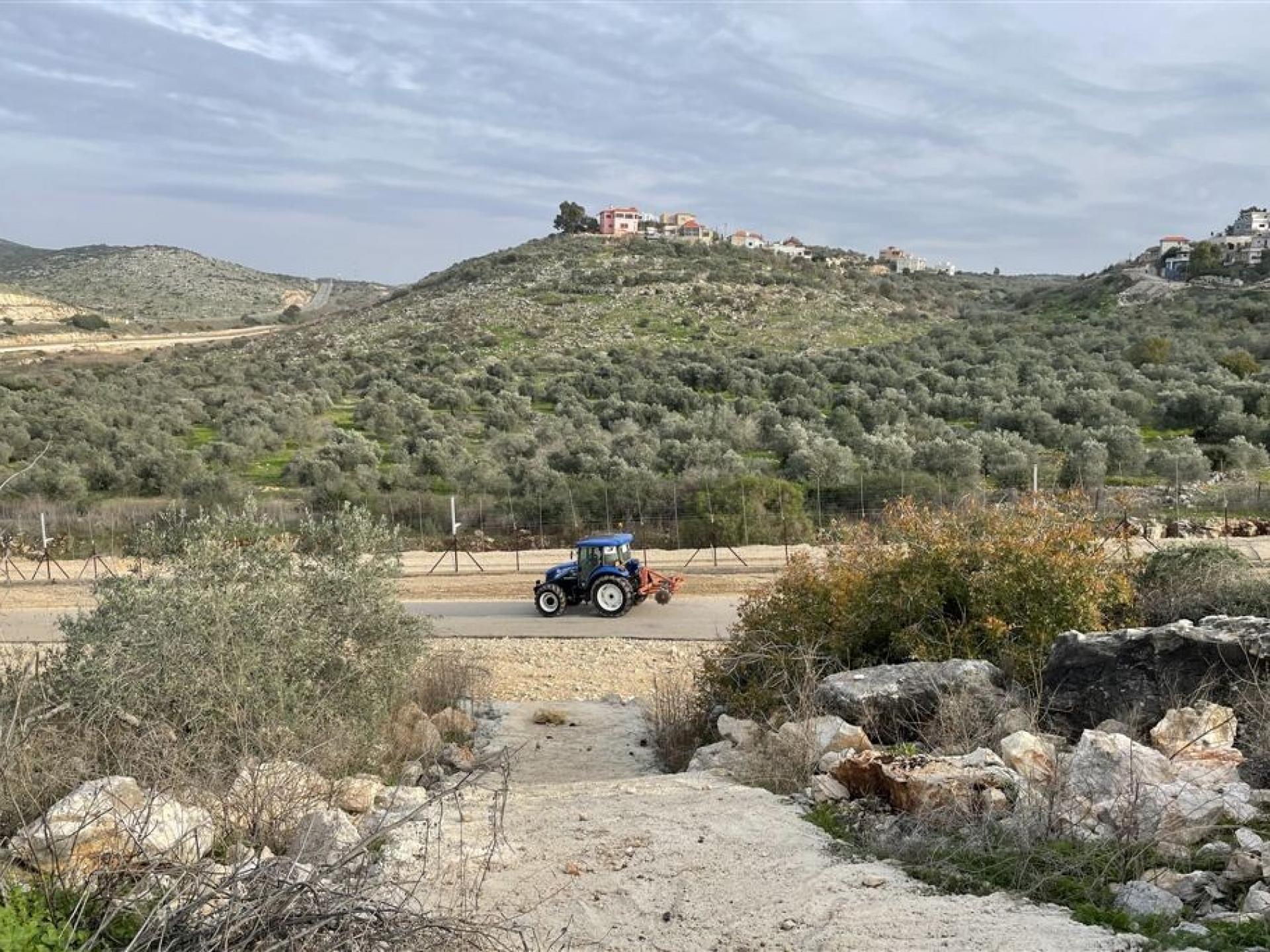 The system road in front of Daher al-'Abd 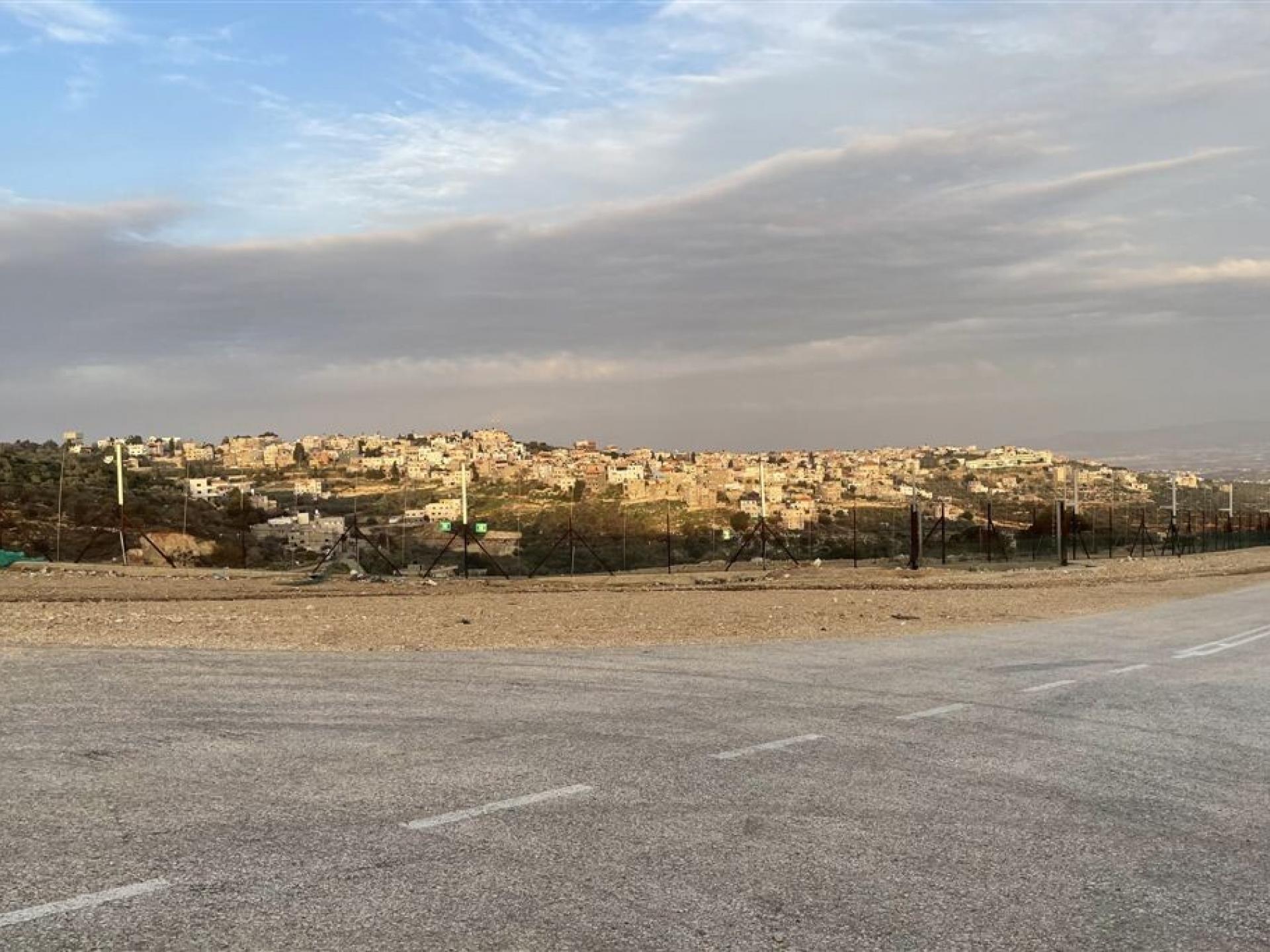 The village of Anin in the setting sun

A car arrives from the old, small checkpoint that was shut down years ago, when the large one now in use was opened. A while later, the friendly driver will tell us that he does transports throughout the seamline zone. The road at the checkpoint is blocked by a heap of rubble and a large breach in the fence beside the gate is wide open for pedestrians. On the security road, a small new tractor is towing a plow. Maybe it’s sweeping over the security road or being used for work in the olive orchards.

We pass by the Barta’a-Reihan checkpoint. Someone is walking alone through the sleeve

. The parking lots are full.

Four stray dogs are wondering round the area of the memorial. They’ve disappeared by the time we’ve parked. Cars are travelling between Jenin and the Barta’a checkpoint without being held up. An Israeli flag is flying atop the pillbox with Givati Patrol emblazoned in large letters. An officer and soldier come down towards us. We introduce ourselves and the soldier says: “Yes, regrettably. I’ve hears about that (‘against the occupation’),” and adds “it’s they who are the occupiers,” pointing towards the large town of Ya’bed (whose history dates back to 1596). The officer hasn’t heard of us and doesn’t care. He warns us against terrorist attacks and tells us about an attempt to run him over, right here. “And what did you do? Did you shoot him?” we ask. “No, he ran away.” “So no soldier was hurt?” we ask. “You wish” he replies and goes away.

Beside the seamline zone, we met the driver we’d met at the old checkpoint as reported above. His friends are laughing and hinting that he transports other things, not just people. He’s angry. We calm him down. “We haven’t heard anything.” A man who has a disability in his legs and a paralyzed hand and walks with a cane enters the pedestrian lane. Everyone passes him. Why isn’t there a shorter route for people like him?

In the industrial zone being developed next to the Reihan settlement, a large number of cars are parked in neat parking bays in between paved sidewalks. We realized that the enormous building built there is a logistic center that has been moved from Netanya and which does manufacturing and marketing for food chains. “Land is cheaper here.” The speaker looks like a senior official in a suit, proud to let us know that he earns a decent living from a reputable owner, but he has no idea why the land is cheaper here. No, he hasn’t heard of the seamline zone and doesn’t know that it’s over the Green Line. “What? Reihan isn’t in Israel?” he asks innocently, or feigning innocence.

On the way to the Tura-Shaked checkpoint, two donkeys wander along the road. A young woman arriving from the West Bank is picked up. A car drives through to the West Bank without hindrance. It’s quiet, filthy, and stinks of poultry excrement.

On the way home, we took a look at the 'Anin agricultural checkpoint although you can’t pass through it today. Nevertheless, the front gate is open wide. The middle gate is securely locked and protected by bollards that can be pulled up to let tractors pass. The famous breach is wide open 24/7 for pedestrians for every reason. Behind it is a large pile of dirt.

We revel in the sight of the village of 'Anin glowing in the sunset.

On the road from Barta'a to the West Bank.