When the fence was built in the Oranit area, checkpoint 1473 was opened for a short period of time and then closed. The explanation we got from the Palestinians was that the checkpoint was a nuisance to the settlers. Instead, checkpoint 1447 where the residents from Azzun Atma and other villages could cross opened three times a day. From this checkpoint they had to walk 6 kilometers to the exit towards Oranit. Later on, they arranged two vehicles which drove them back and forth for a fee.  We used to arrive at the fence, turn left on the road and drive on to checkpoint 1447. A few weeks ago, we discovered a closed iron gate which prevented us from turning left onto the road along the fence and since then we haven't been visiting the checkpoint.

Some days ago, when I inquired at the DCO about the iron gate V. answered that the settlers in Oranit had decided that driving along the fence  in the morning and at noon was faster since there are no checkpoints on this road. (And I thought that Machsomwatch was the reason…)

We drove to check the situation. (picture)

We met a Border Police vehicle with one female and three male soldiers. We asked them what they were doing and they answered that they had been sent as reinforcement. They were not prepared to give any further information. We told them about Machsomwatch and our visits in the past and asked for permission to drive on the road along the fence. They called their officer who told them not to let us. From far away we saw two children walking along the fence. The soldiers approached them, inquired how they had gotten there and decided to open checkpoint 1473 for them. 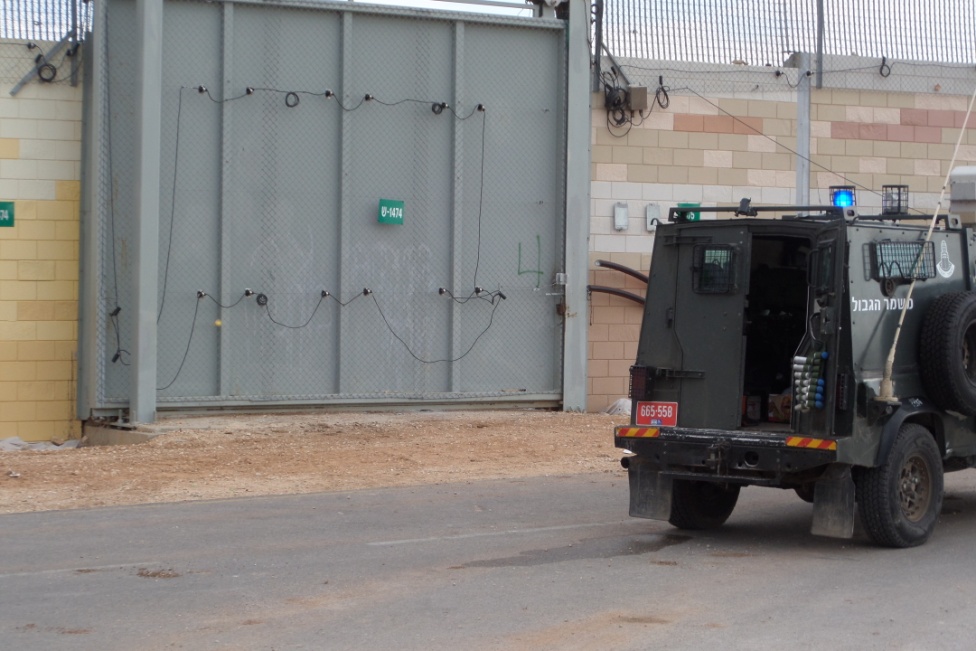 12:30 Unbelievable, but the soldiers open checkpoint 1473 to send the kids away, 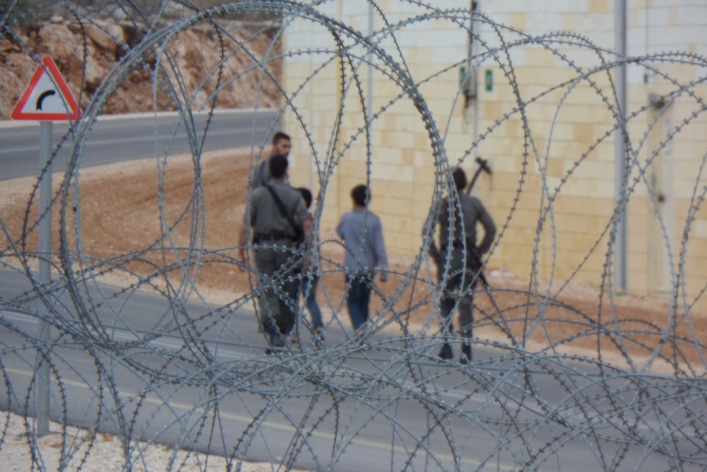 The same checkpoint that the Palestinians begged them to open to make the way to their fields or home again shorter. 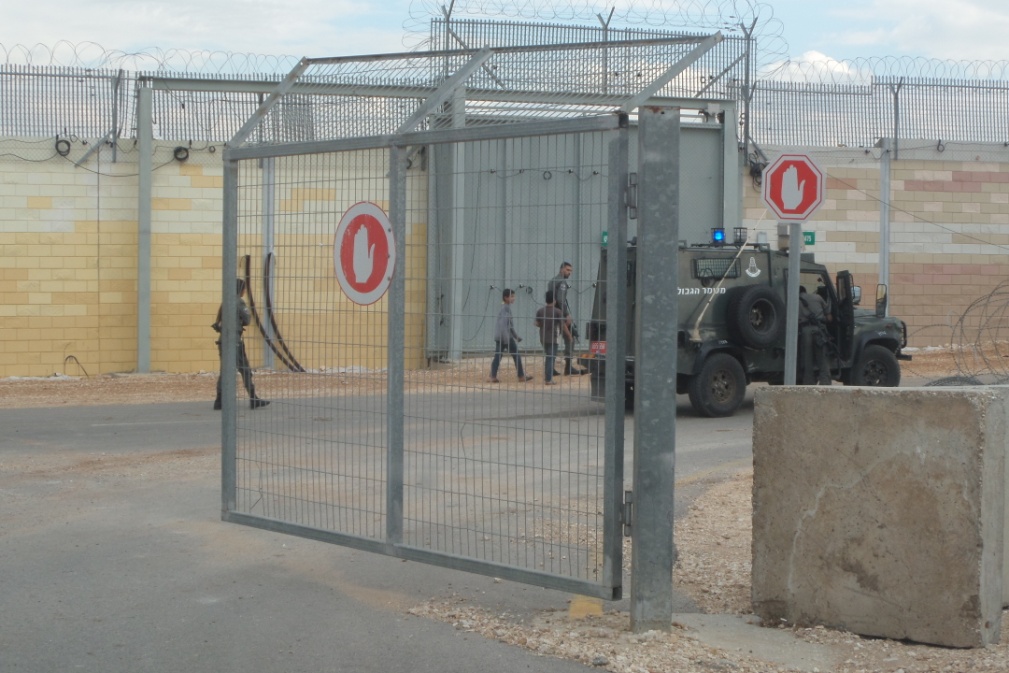 Two Palestinians arrived. Their permits were checked before they turned left on their way to checkpoint 1447. They weren't allowed to cross at the nearby checkpoint. And when we asked why, they answered: The crossing has to be in order. To make life easier for the farmers is to disrupt order. To harass them is keeping order. When we kept asking their commander instructed his soldiers not to answer.

A van with three Palestinians entered the road along the fence in order to reach the checkpoint. We started to talk with them but they felt uneasy.  When they returned they invited us for coffee and we followed them to the greenhouses in our car.

We met S. and M., both from Azzun Atma and partners in the green houses. They grow lettuce, tomatoes, cabbage and cucumbers. They sell their produce in Qalqiliya and Nablus. They rent  48 dunams of land from the owner. S. has 72 dunams in Oranit which he can reach only by coordinating with the army. In the beginning he grew grains on this land, but the settlers in Oranit complained claiming that the grains attract snakes. Tractors came and destroyed it all. Since then he hasn't worked his land. S. has a merchant's permit with which he enters Israel. He especially likes the restaurants in the Hatikva Quarter. M. is denied even though he has never been sued. He has never been investigated and he has no idea why he is prohibited from entering Israel.

The  following is written on his permit:

In army terms, the whole seamline zone is a closed military zone! One reads and finds it hard to believe.

The whole family is working in the greenhouses, brothers, women and mothers. 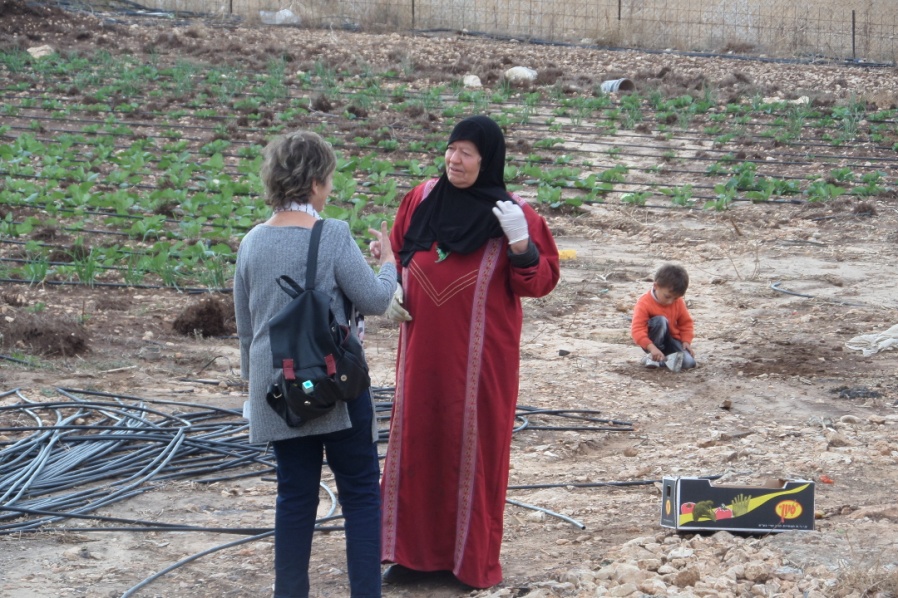