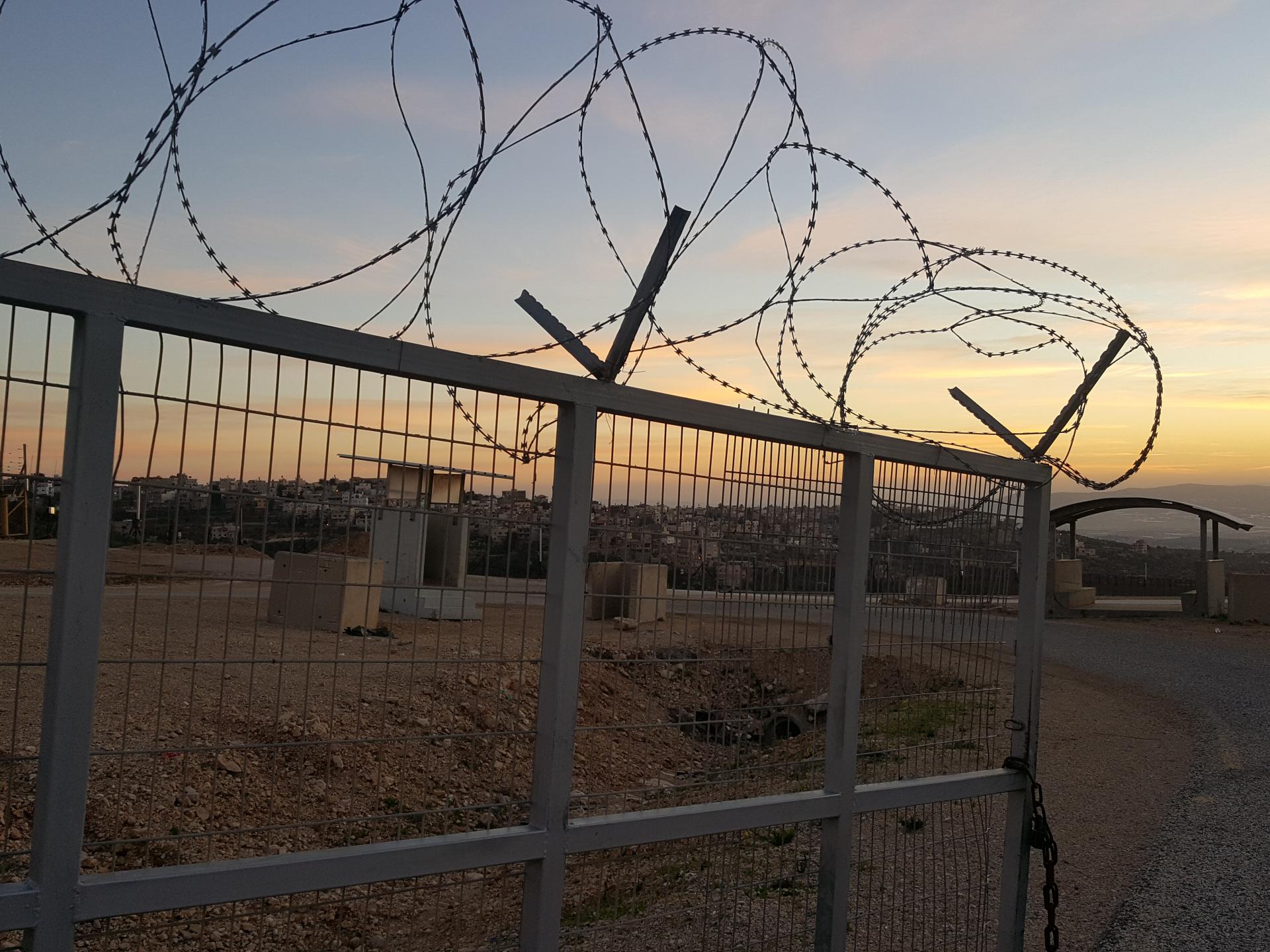 In comparison to the not-too-distant past, today only a few people passed the checkpoint and went up to the upper parking lot.  They wait for transportation to work on the roadside and in the shelter.  Most work in Barta’a, some in Harish in Israel.  In the “sleeve

”, the enclose passage leading to and from the terminal, a thin stream of people continues to go up.  Four inspection windows are open in the terminal; that is definitely enough for the small number of people. Two security guards from the Israeli security company who operate the checkpoint approach us.  We try to understand why there are relatively so few people here.  Why do the many people who used to pass through here in past years, those who build Harish, for example, must pass to Israel through more distant and crowded checkpoints?  The security guards don’t know.  They are not responsible for those changes, rather, the DCO (District Coordination Office) is; everything is under their authority.

The checkpoint and the village is lit with the light of a new dawn. The separation fence with all of the checkpoints and gates

, and the large area surrounding it, partitions the village of Anin and a large part of the land that belongs to the village’s residents. The gate that faces the Seamline Zone is open and army vehicles leave from it. One of the vehicles stops and soldiers clarify what we are doing there. At 06:30, the official opening hour of the checkpoint, vehicles from the military police and from the DCO arrive and now two additional gates are opened in the area of the checkpoint.

06:40 – The first Palestinian leaves. Altogether 26 people and one tractor pass through. Among them are 5 women who walk to visit relatives in the next Palestinian village, Umm Reihan. One of the women has a married daughter there. Another treats us to pastries she has made.They are delicious.

The soldiers who have earlier operated the Anin Checkpoint arrive at this one. They travel on the roadway that runs along the length of the security fence, and we travel on the alleyways of the city of Umm-al-Fahm. They precede u, and when we arrive the gates of the checkpoint are already open. The fence here separates between the villages of Rumana and Tayibe and the narrow strip of land (the green line, which served as the boundary before the 1967 War). Here is the Seamline Zone, at the foot of Umm-al Fahm. Thirteen people and 3 tractors pass through.

07:15 – We leave and on our way home, we see the tractors turning to the parcels of land that are cut off from their villages.