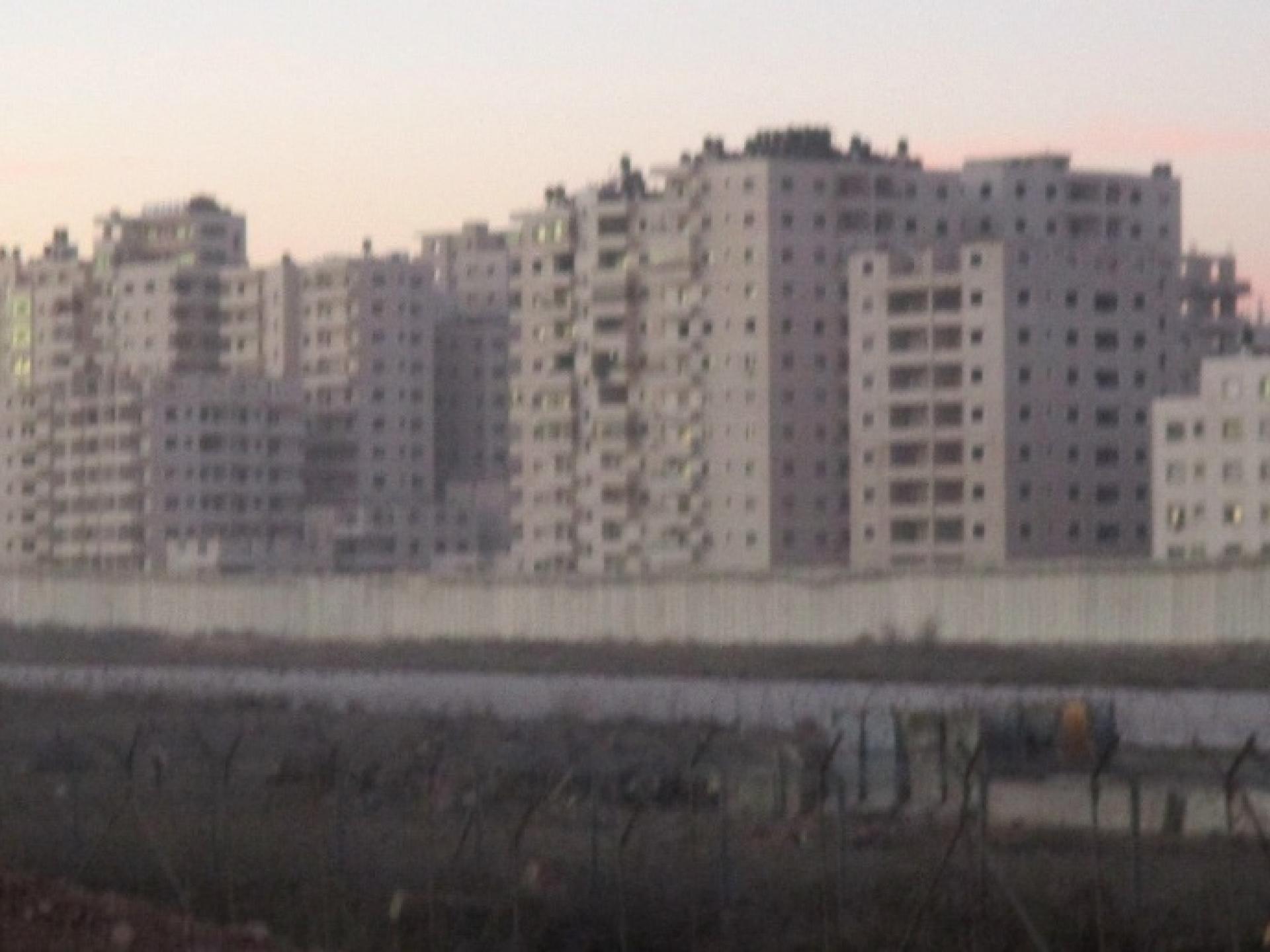 the buildings they intend to demolish
Photographer:
Tamar Fleishman

There, those are the buildings they intend to demolish, an acquaintance told me as he pointed towards a cluster of tall apartment buildings rising on the hill, on the inner side of the Separation Wall. The man named several families living on each floor and estimated how many people will remain homeless – many hundreds.

Why? Perhaps because of the absence of construction permits, or the supposed welfare of the Palestinians for whose sake a road is planned that will access the checkpoint and lighten up the heavy traffic, as it were. These are the pretexts for demolition and destruction.

In the meantime, the lives of Kufr ‘Aqab residents remain on hold until the court rules either in favor or against the demolition. 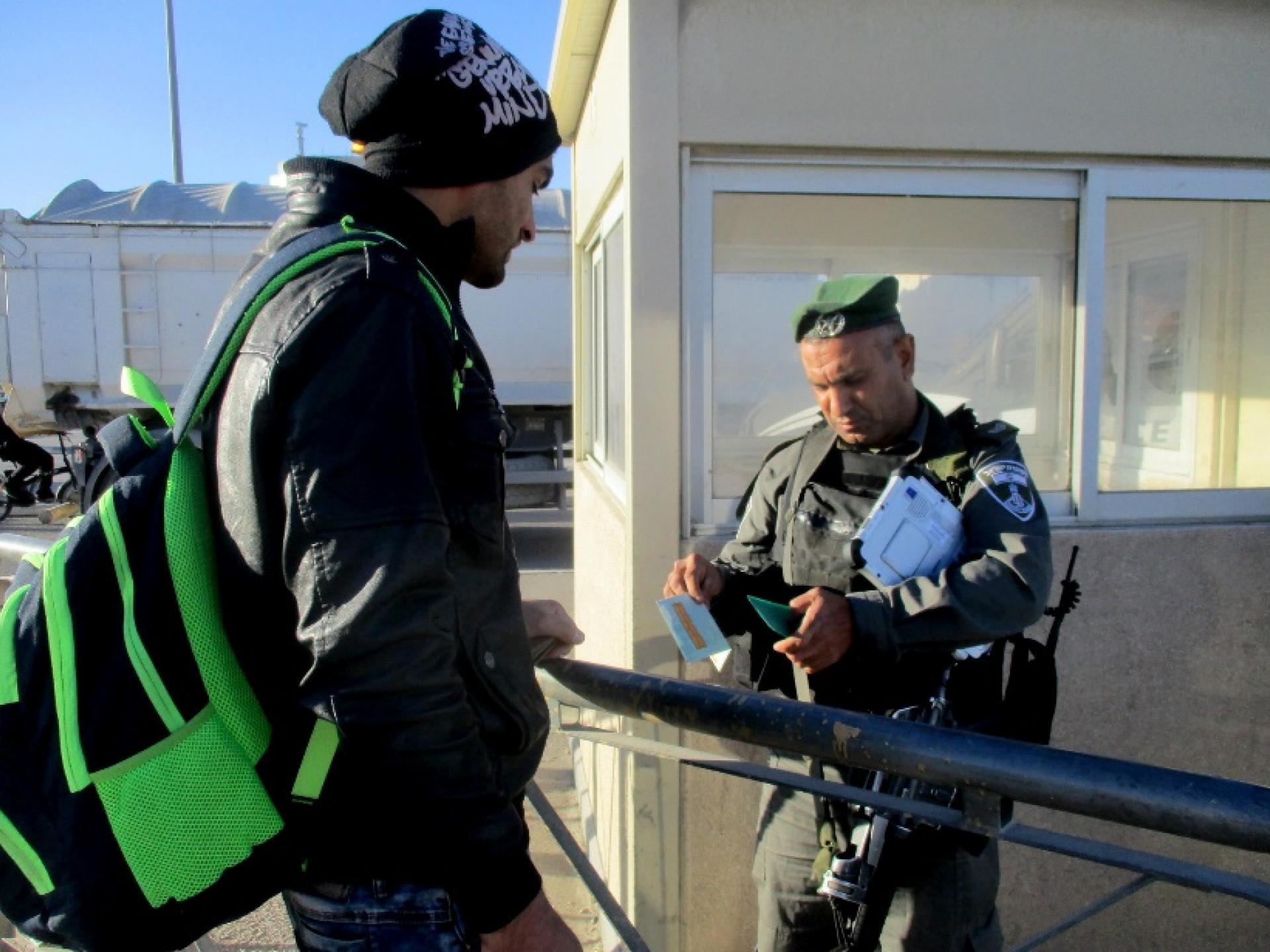 A group of Border Policemen commanded by an officer blocked some young men on their way to the West Bank at the end of their workday.

They were held up one by one, their IDs inspected, their licenses checked, questioned. But luckily for the Palestinians no fish were caught today…

The patients scheduled to return to Gaza left the checkpoint compound at the appointed hour, ‘escorted’ by rifles and women-soldiers. The Gaza Strip coordinator checked the lists he held, counted the people, and said: two are missing. Yes, said the woman-soldier – they have no tansiq, coordination paper. They should come tomorrow.

I offered to call a friend with ties to Physicians for Human Rights who promised to solve such problems. Great, said the woman-soldier, and invited me inside to join them where the two persons denied transit were waiting. They were standing in the waiting shack in front of the offices, an elderly woman and a young man, busy making phone calls. He tried to get hold of Rafat of the Gaza DCO, the man who had assured him that there was no problem, but Rafat was not answering. She was calling acquaintances in the West Bank, perhaps one of them would put her up for the night.

After many minutes, Rafat called back, repeated that “everything was alright" and said that he sent the coordination paper by fax.

But everything was not alright:

Before I managed to call my friend, someone from somewhere in Ramallah agreed to put up the woman for the night, and not only her but the young man whom they as well as the woman do not know – before they had to share this bit of fate.