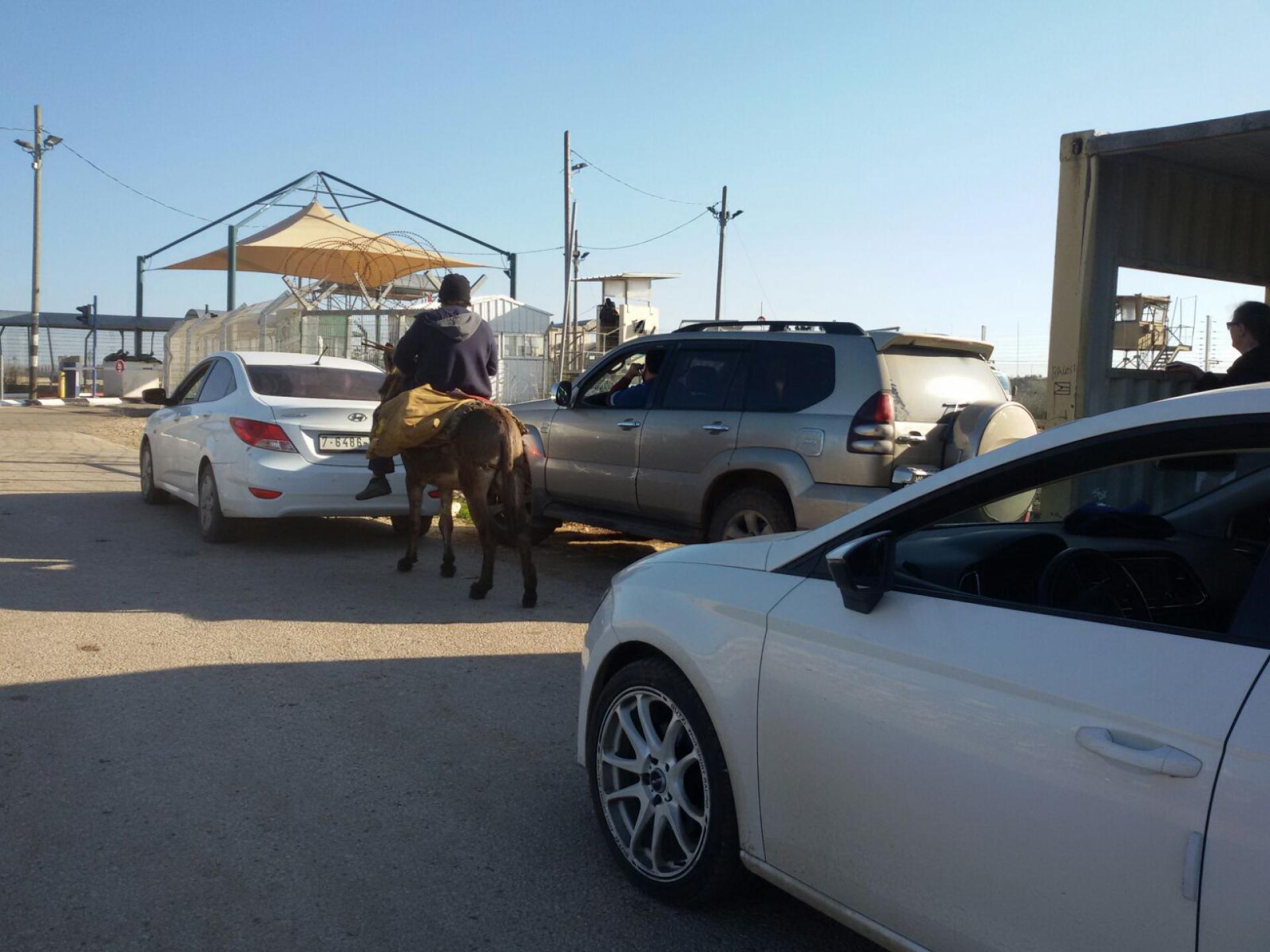 Crossing to the seamline zone was stopped because of a security incident near Tura Checkpoint.

On our way to A'anin checkpoint we picked up a resident of A'anin who told us that the military police at the checkpoint had continued to send people back on Monday because they were supposedly not dressed appropriately for farmers going to tend their olive groves or had too much money in their pockets.  On Monday he had NIS 50 in his pocket and after arguing he was allowed to cross.

The work on the road leading to Tura Checkpoint continues.

The checkpoint was closed in both directions.  People said they had been waiting for a half hour. We asked the soldier what was going on and he answered, "You can't know everything."  We called the Liaison and Coordination Administration and the female soldier who answered reported that the checkpoint had been opened.  The checkpoint had opened in the direction of the West Bank, but the crossing to the seamline zone remained closed.  When we called the Liaison and Coordination Administration again the soldier transferred us to the officer in charge who informed us that there had been a security incident on the other side of the fence and that he hoped it would end soon.  There was a lot of traffic of military vehicles around the checkpoint and a lot of soldiers standing near the road with weapons at the ready.

to the terminal together with workers returning from work. A few young women, evidently students, were coming up in the opposite direction towards the seamline zone.

The kiosk belonging to the settler was still open and there was an aroma of freshly baked cakes that people were buying.  People asked our help in eliminating prohibitions to enter Israel by the Special Services and the police.  We gave them notes with the appropriate phone number and wished them luck.

Police in civilian clothes were searching a car with Israeli license plates.  We did not visit the Palestinian side of the checkpoint, but instead returned to Tura – Shaked Checkpoint to see if it had reopened.

The crossing to the seamline zone was still closed, and there were a lot of soldiers and military vehicles in the area.  We did not succeed in finding out what happened.