The face of terror preceded those arriving.

The blood of the youth who was shot and wounded and lost one of his kidneys two days ago, a youth who was shot because he threatened, with empty hands, the soldiers, was now mixed with the blood of Muhamad al-Kosba, 17 yrs. old, who was murdered by the head of the Binyamin Brigade, General Israel Shomer, in the morning;  a murder which was carried out without any complaints, no investigation and no official report.

"He climbed on the fence, and wanted to go pray at Al Kuds" is what the Palestinians said.

The martyr, Muhammad al-Kasba, joined his brothers Yasser and Samer, who were murdered by the soldiers' bullets in the year 2001, and a long and growing list of martyrs from the refugee camp Kalandia.

And in occupation as in occupation, those who pay the price of the injury of the youth and the murder of another youth are the victims themselves.

From the IDF we heard about the cancellation of the "favors" granted to the Palestinian population for the Fridays during Ramadan, a step which is nothing other than collective punishment of millions of people.

Added to the system of the stick and the carrot which is employed against the Palestinians all days of the year, every year and during the month of Ramadan in particular, is a worsening of the criteria according to which thousands of women and men from the West Bank cross through the Kalandia checkpoint or their way to the mosque of Al-Aksa, while their freedom of religious practice is damaged, a right which is protected by international laws and is emphasized in the Declaration of Independence.

As the former President of the United States, Spiro Agnew, said, "The bastards changed the rules and didn't tell me."

Many of those who left their homes at dawn and made their way whille fasting, and arrived at the checkpoint in order to continue on their way to the Al-Aksa mosque at the proper time for prayer, did not know that the  had procedure had been changed;  they didn't know that women who were not yet 30, and men who hadn't celebrated their 50th birthday, were not eligible according to today's laws to carry out their religious obligations, no matter how many hours they had traveled and no matter if their homes were close by or far away from here. whether they lived in Ramallah or in Nablus or in Jenin, armed men and women stopped them, checked their ages and sent them back. 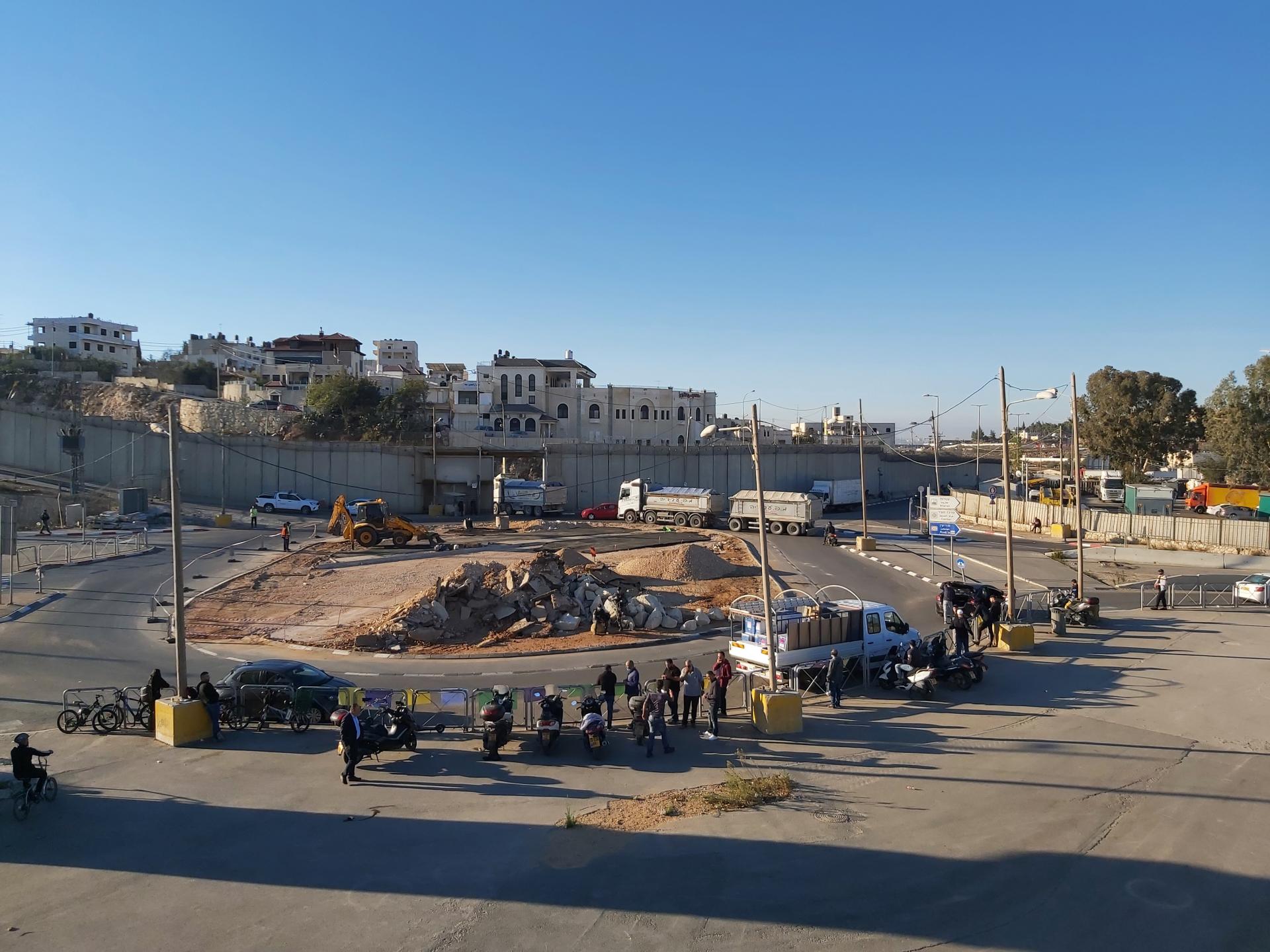