There is only one shift for both routs today and we have decided to travel along different routs in order to see which roadblocks and checkpoints have been removed and which ones remained.


Road 5 – Samaria Passage
We travel up to the road junction leading to the settlements of Pdu'el and Alei-Zahav, turn to this road and drive up to Deir Ballut.

From road 5 to Deir Ballut

Driving along this road, we see that the exit from Buruqin to the road is still blocked, as is the exit from Kafr ad Dik to the road. It's worth mentioning that the Palestinians have been allowed by the army to use this road in the past year, but since these two exits are blocked, they don't use this road much, and it serves mainly the workers who work in the Barkan industrial park and near the settlement of Bruchin.


From Deir Ballut junction to Sanniriya along road 446

The checkpoint at Deir Ballut in unmanned and the traffic is free. Driving northward along road 446 through the villages of Rafat, Zawiya, Mas-ha, Biddya and Sanniriya, we find out that there are no roadblocks on the road except for the biggest one created by the separation fence (which forces the drivers to make a detour of some 15 kilometers).

From Sanniriya we go on to Beit Amin to the northern checkpoint at the entrance to the village of Azzun Atma inside the occupied territories. The checkpoint has undergone renovation in the last months, demonstrated mainly in the improved conditions of the soldiers at the checkpoint, who can now stay in big shaded areas. The Palestinians' waiting area is unshaded.


We continue of the same road, which goes along the separation fence up to Qalqiliya. Near the village of Jal'ud, where the separation fence close to Green Line and at Alfei Menashe enclave are only 40 meters from apart, the roadblock of the southern exit from Qalqiliya has been removed and traffic flows freely. At the southern entrance to Qalqiliya there is a roadblock of the Palestinian security forces, but they don't stop cars for checking. Palestinian security forces are also stationed at the eastern exit (the main exit) from Qalqiliya.

From Azzun we drive to gate 753 (the Schoolchildren's Gate) at the entrance to the village of Jubara.


The checkpoint is manned by reservists who try hard (perhaps influenced by our presence) to treat with respect a detainee, a young man without a permit to stay in the village, and a worker who has come back from his work in Israel. Despite their efforts, the young man without a permit has to wait several hours until the soldiers get permission to let him pass (we intervene and call the Humanitarian Center). The deaf worker is released after a short time.


Since it is impossible to leave through gate 407, due to some malfunction at the checkpoint, we go down to Anabta via Beit Lid. The traffic to Tulkarm, Qalqiliya and Nablus via Beit Lid flows freely.


Road 57 – Road 60, The Barrels Checkpoint
The traffic flows. There are soldiers at this checkpoint, but we don't see them. We do notice them later when we try to travel toward Deir Sharaf. According to the commander, the checkpoint is open for traffic 24 hours a day. The traffic is very lively. One car stops for a quick check on leaving Nablus.

The traffic to and from Tulkarm is slow because Israeli cars are being checked. The five lanes of the new checkpoint aren't open yet and since the checkpoint is close to the junction of roads 57 and 557, people who wait in line and stand on the main road are at risk.


We go back to the Green Line through the Figs Passage and stop at Eyal Passage for about 20 minutes.

We leave and go on toward Qalqiliya, intending to check whether there is an operating checkpoint on Thursday afternoon.

The traffic flows freely and we see no soldiers at the checkpoint.

A group of workers is being checked. 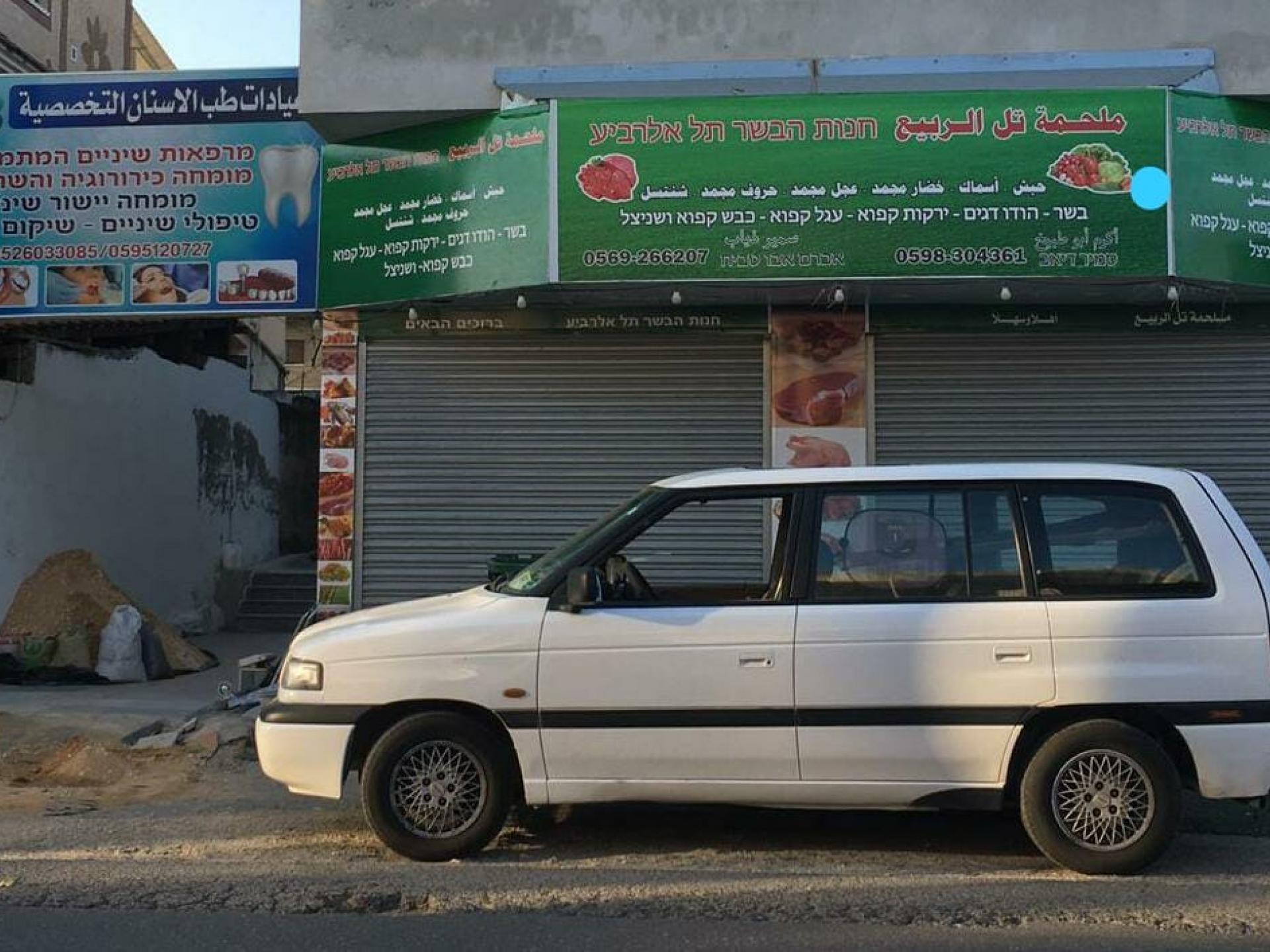