The moment we arrive at the “Te’enim
Gate” a soldier opens the gate to Tulkarem to let us through. Behind
the metal gate we see the cement blocks waiting to become a roadblock
on the day when the gate is opened permanently.

At the gate, from the direction
of Jubara, a driver on a tractor and a cab full with passengers are
waiting. From the same direction a young man is walking up to the checkpoint.
From the opposite direction, from Ar-Ras, a van with two passengers is
waiting. A driver and a passenger are waiting in a private car next
to the road on the security road. Strange. A soldier makes a sign to
a pedestrian to move forwards. He takes his ID card, asks him a few
questions and tells him to wait on the side. He sits down on a stone
and we try to understand what the problem is, but he does not understand
Hebrew or English and we do not speak Arabic. The soldier checks the
permits and lets the tractor and the car from Jubara drive through.
The same goes for the vehicles from the direction of Ar-Ras and the car
on the security road. Every once in a while the detained man says to
us, “no permit”.

Changing of guards at the checkpoint.

Two passengers are getting out
of a car from the village. The car drives back. Pedestrians pass the
checkpoint and somebody gives the detainee a bottle of water. They sit
down on the side of the road until a cab comes to pick them up. In the
meantime a soldier calls the detainee and releases him after he has
been waiting for about 15 minutes.

At the exit from Jubara we wait
for 10 minutes until one of the soldiers “makes the effort” of opening
the gate to us.

The work to widen the road continues.
There are long lines of cars in both directions, about 10 at the entrance
and 11 at the exit. The procedure is the same in both directions: A
soldier waves to the car to drive through and glances at it while it
passes. From time to time he stops a car to ask a question.

The flow of traffic passes the
checkpoint at a steady pace until we leave at 15:35.

There are 13 cars at the entrance.
After a quick glance the soldiers let them through. In the background
we hear a loudspeaker from the neighboring army camp.

One of the soldiers approaches
one of us and tells her very quietly, so as not to be heard by the others,
that yesterday a six-year-old boy was detained. She asks if there was
a reason for it and he answers that their company commander is quite
mad. He says that he and his friend released the boy.

The traffic is flowing and when
no cars are left we leave at 16:40. 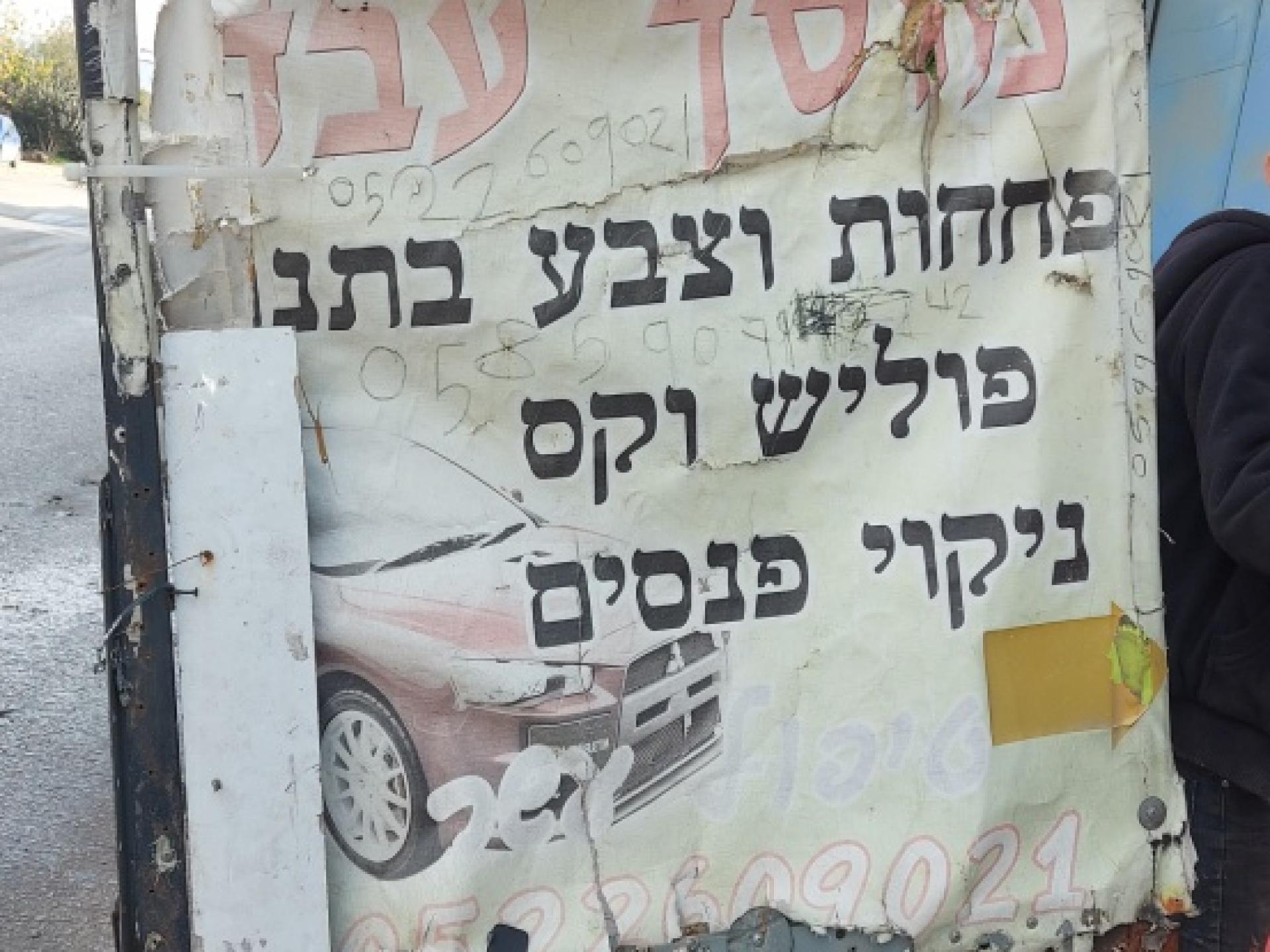