When the commander of the Central Command, Major General Tamir Yadai, met with the "Boys of the Hills", residents of the outpost "Maoz Esther", to "create dialogue and calm the area", in the words of a military source (Haaretz, 22.2) - he negotiated with active Jewish terrorists. Some of these "boys", who are no longer boys but adults who bear criminal responsibility under the law, took part in wild demonstrations against police officers, after one of them, Ahuvia Sandak, was killed in a car accident during a police chase.

His comrades, who fled with him in the car after apparently throwing stones at Palestinians, are suspected of fatal killing, endangering human life on a nationalist transport route, throwing stones at Palestinians and conspiring to commit a crime. All of these incictments are recieved by Palestinians regularly at the military courts. The illegal outpost was declared a closed military area and was to be demolished two days before the accident. If this was a Palestinian village, the "was to be demolished" would not be needed.

Yadai spoke as early as January with so-called "representatives of the hills" - rabbis and public figures - to "calm the area", after the number of settler attacks against Palestinians has skyrocketed since Sandak's death. As for the "representatives of the hills" - a new geopolitical term - who met with Yadai on Monday and last month, these meetings are a show of their influence and strength, not of the IDF.

"We very much appreciate the willingness to meet and speak at eye level. However, we are not prepared to bring up for discussion a discourse that could be interpreted as a withdrawal or relinquishment of the Land of Israel. We will continue with all our positive action. Oslo is in the trash of history. " That's what the "representatives" said. The important term here is "eye level", which ostensibly means that they and the IDF are both on an equal footing.

The glory days of dual morality

Unknown individuals smashed the windows of a Palestinian vehicles near Shiloh, hours after the evacuation of a settler building
The "representatives" are the ones who conduct the negotiations, they are the ones who set the rules, they are the ones who decide if and when they will go to the next terrorist activity, and they are the ones who demand that the IDF understand and accept their motives and see them as a legitimate body. If the IDF wants a clash with the "hills," if it begs the thugs to stop throwing stones at soldiers or setting fire to police vehicles, it must pay a political price. Or as Bibi used to promise Hamas, "silence will be answered quietly."

The IDF, in the opinion of the "hills", should stop persecuting the gangs, not destroying illigal outposts and especially preserve the status-quo that has been rooted for decades, according to which attacks on Palestinians are an internal matter concerning relations between the gangs and the Palestinians. The Israeli Army does not really control them. It has already become a mediator between the settlers and the government and between the two and the law. When the government cannot, and especially does not want to confront the settlers, enforce the law and protect Palestinians from violent attacks, it sends the IDF to conduct the negotiations.

Tactically Yadai is right. He cannot negotiate with either the "Yesha" Council (of the settlers the West bank) or Knesset members who sponsor the militias armed in the territories, in part because they are unable to control their behavior even if they wanted to - and they do not want to. An appeal to the Yesha Council is like a request for help from the Palestinian Authority to control Hamas.Israel, in this case, is negotiating directly with the Hamas, and conducting negotiations with Jewish terrorists is a kind of "internal deviation" that does not impose responsibility on the Yesha Council and its rabbis.

And what can a general in the IDF, who is also the sovereign of the territories, do when he is faced by three  fortified walls that protect the "hills"? the rabbis, the Yesha Council and the government? he can not offer them even the gift of vaccines... 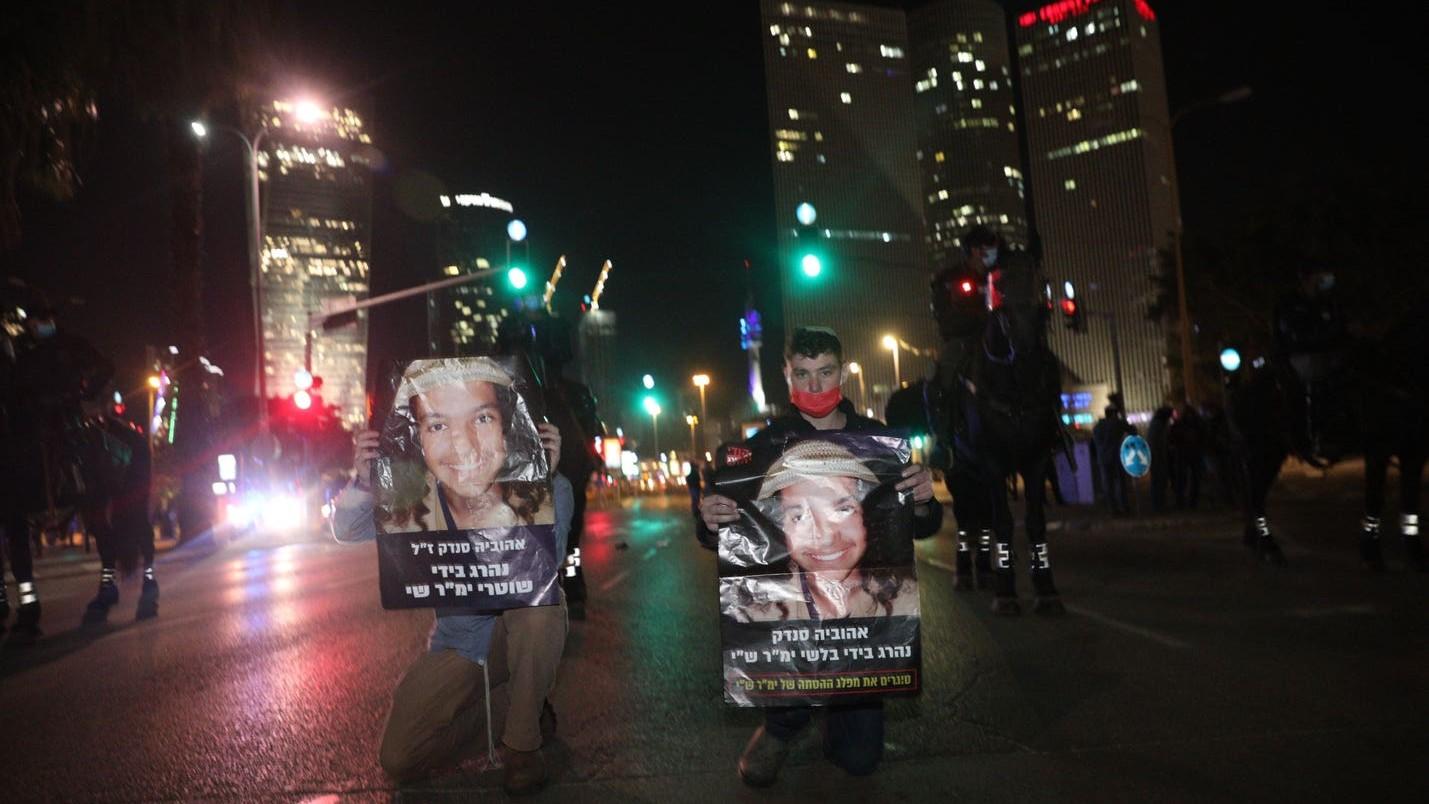 If the IDF wants to reconcile with the "hills", if it begs the thugs to stop throwing stones at soldiers, it must pay a political price
Photo:
Ofer Vaknin, Haatetz
various topics summaries
Donate
Tour with us
Q & A
Join us
Our reports
Military court reports
The gate Keepers