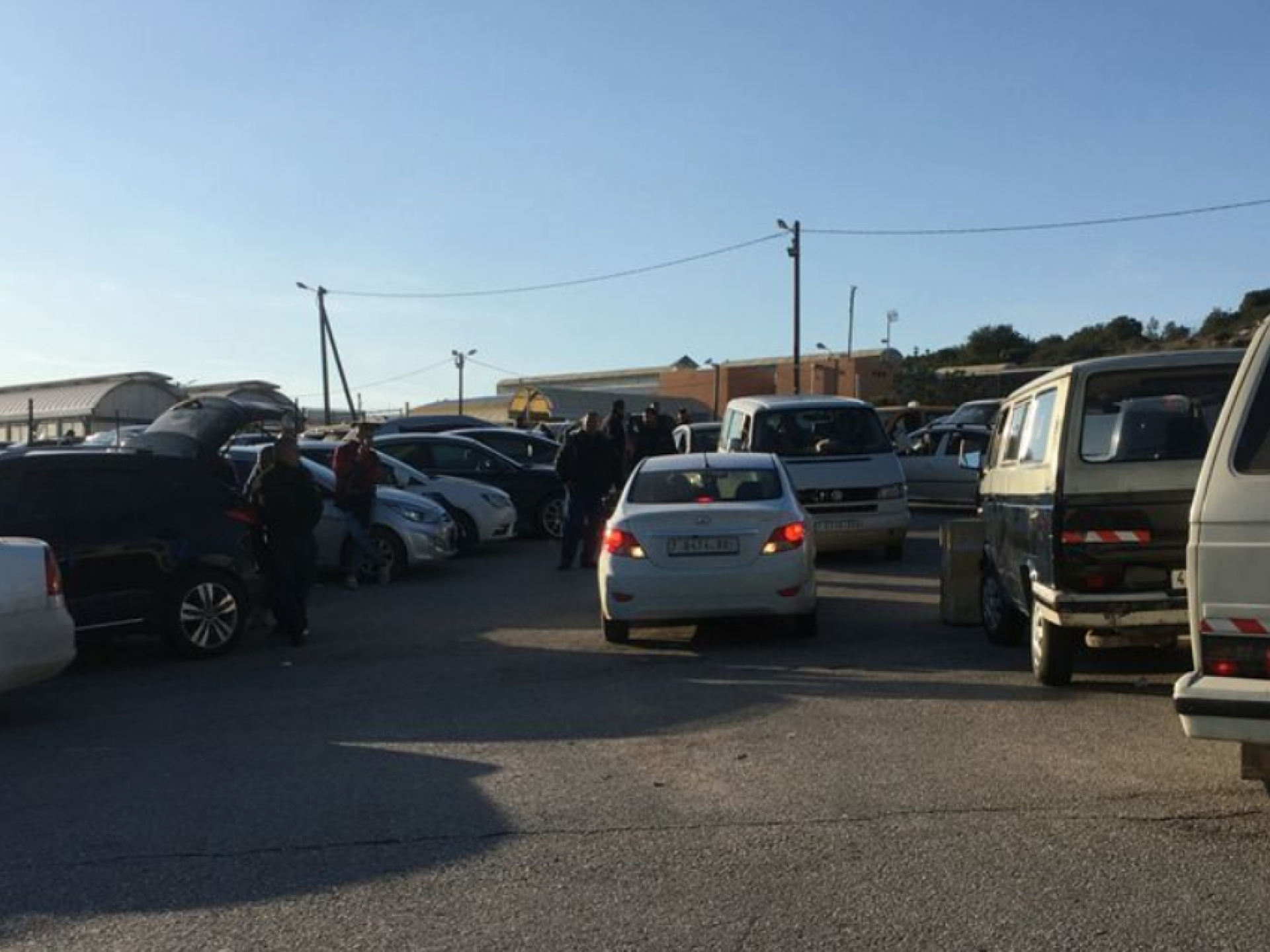 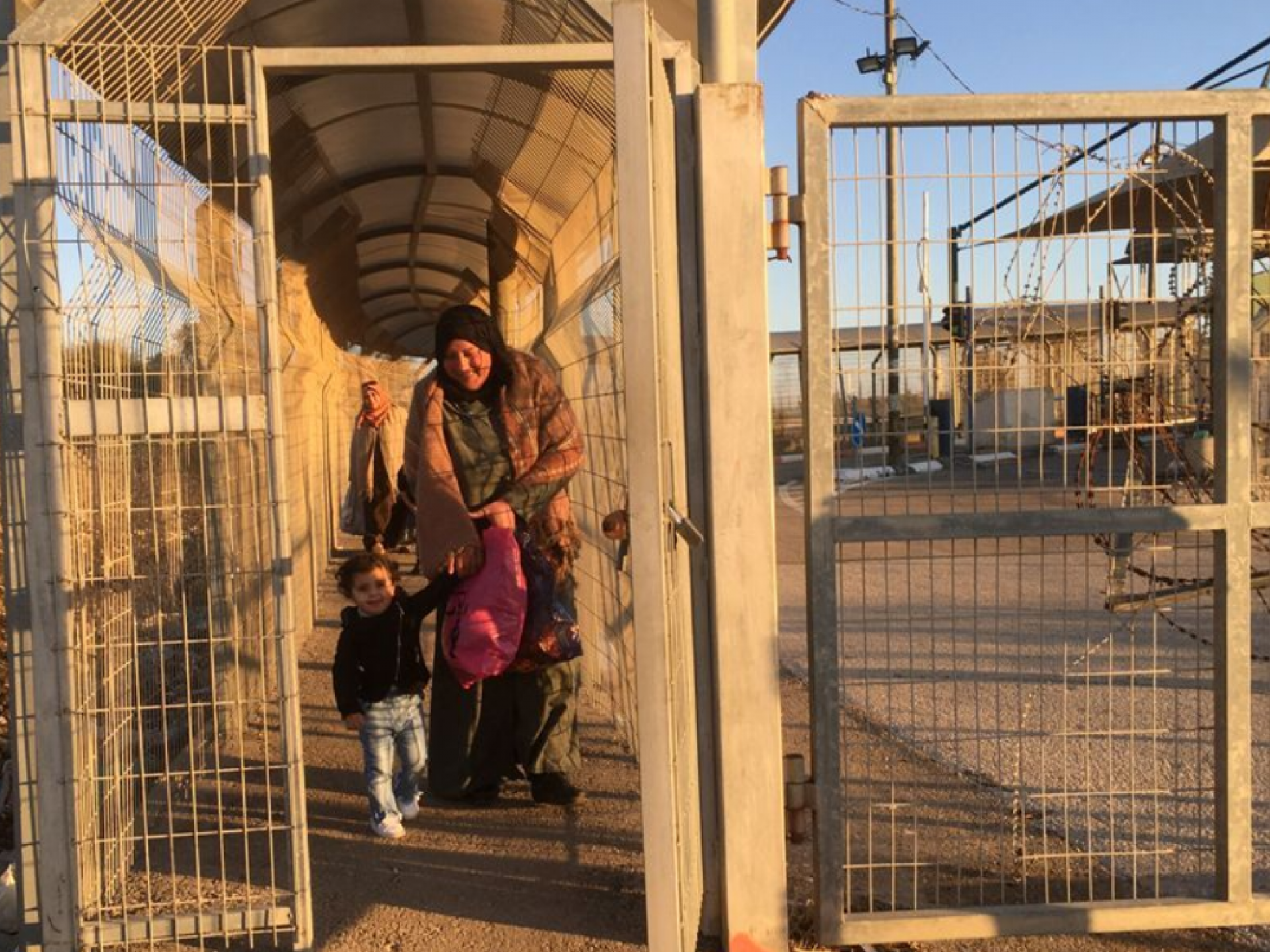 Barta’a Checkpoint: All the parking lots and the roadsides were filled with cars.

The green and white flag of the Nachal Scout Patrol was flying at the top of the pillbox again.  Cars were weaving freely between the concrete road blocks.  ON the way back we saw two army jeeps on the muddy road next to the former charcoal factories.  We drove back to see what they were doing there.

When he was younger Fadi from Yaabed was a sailor who traveled the world packs and sells bags of charcoal.  It is produced “far behind Yaabed”  so as not to bother people in the settlement of Mevo Dotan.  He reported that the soldiers had driven on down the road to “go on a hike”.

Traffic was moving freely.  Even a car with an Israeli license plate drove towards Area A.

We had to search for a parking space at the crowded checkpoint.  There was nowhere to park on the sides of the road, so we had to turn around and park at a parking lot that was far away.  We remembered and were told by someone that workers who held permits to work in Israel were once more being allowed to cross at Barta’a Checkpoint in the morning.  Many of them arrive in their private cars and the taxi drivers shout in an attempt to lure every passenger as they make their way honking their horns through the traffic.

On our way to the exit we saw a sick person being transported on a stretcher from an Israeli ambulance to a Palestinian one.   A security guard agreed to tell us what had happened.

A worker who works in Hadera got out of a car with a Palestinian license plate next to the checkpoint.  He told us happily that the driver who brought him has permission to drive to Hadera!