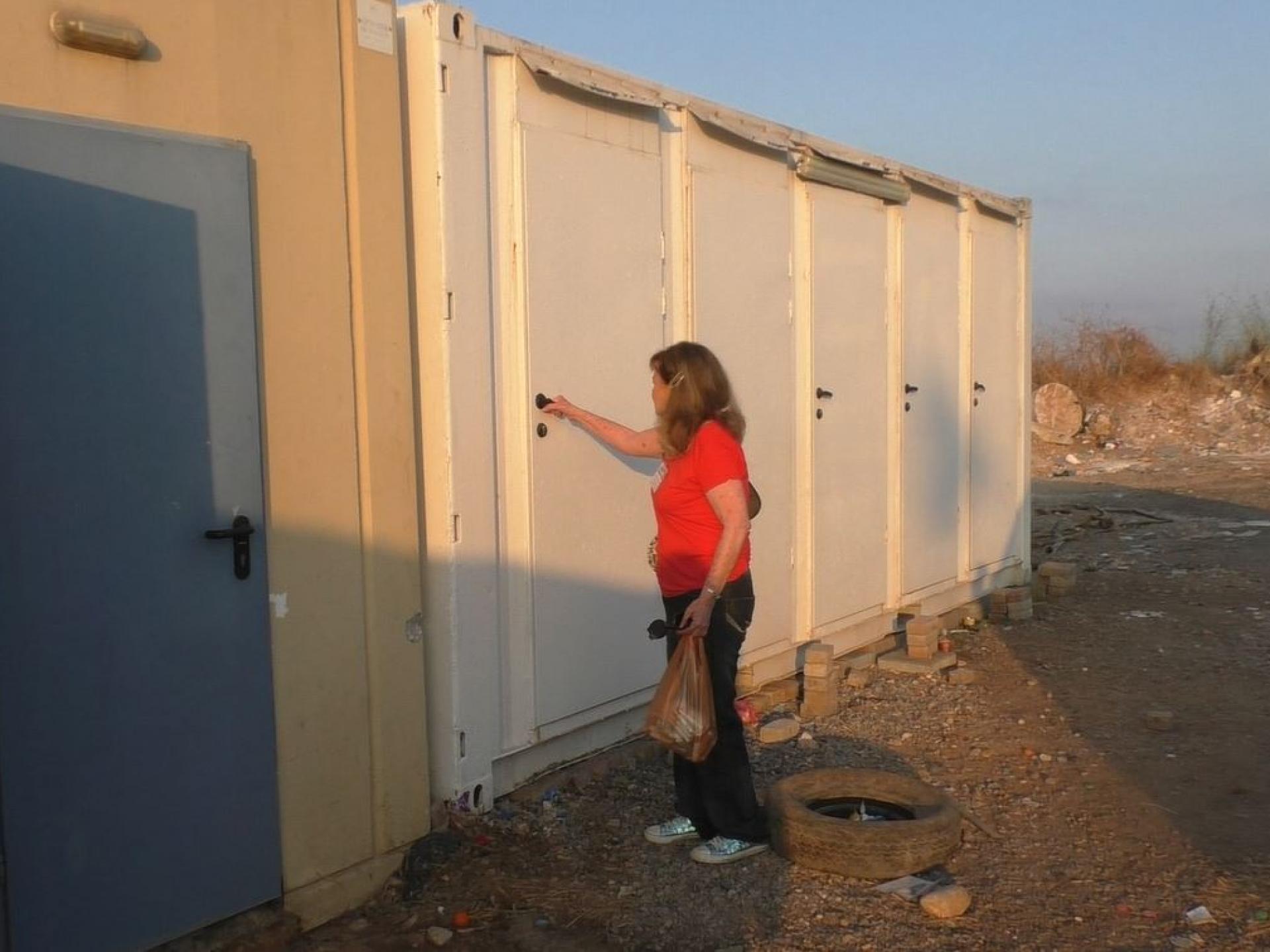 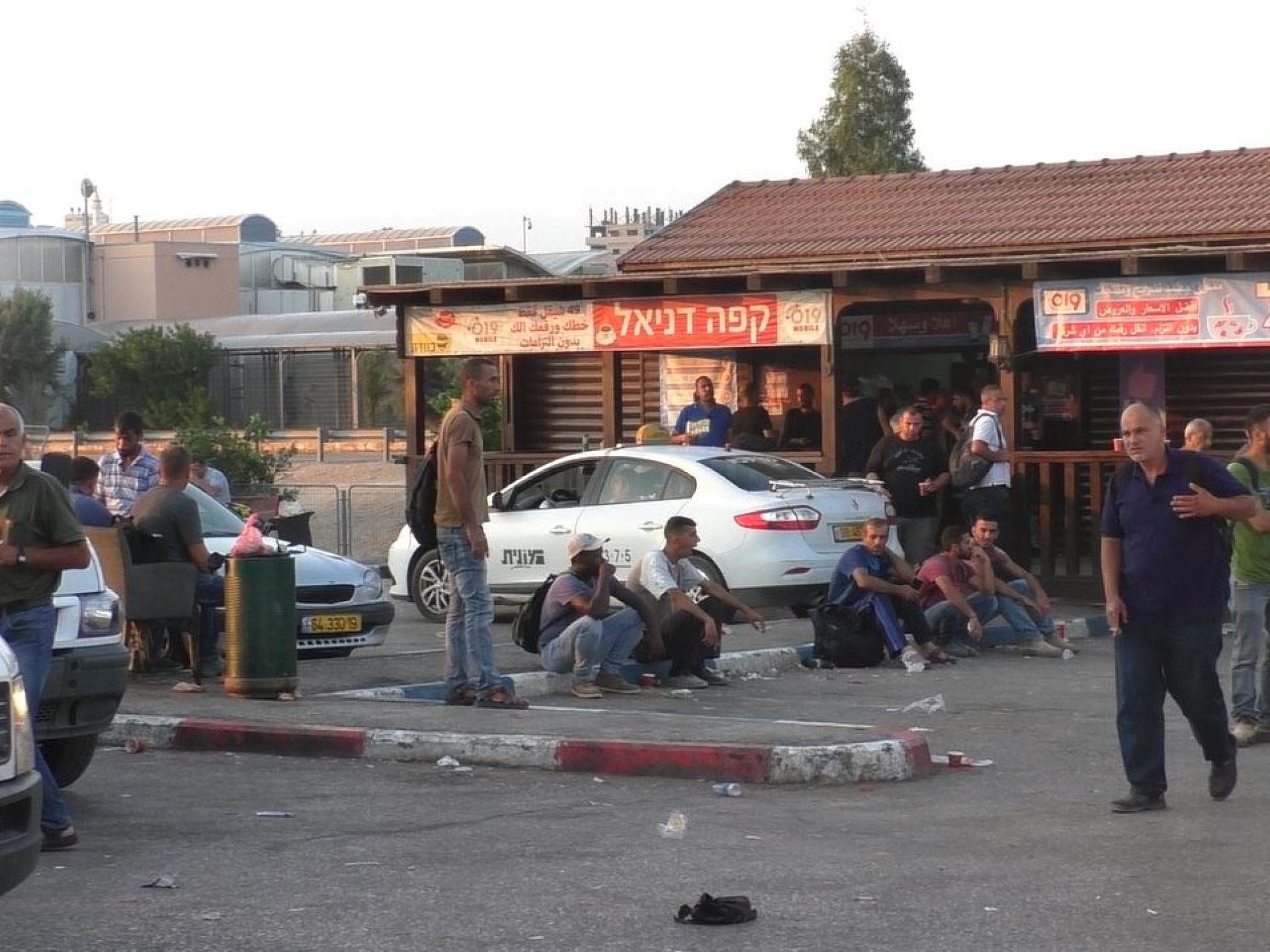 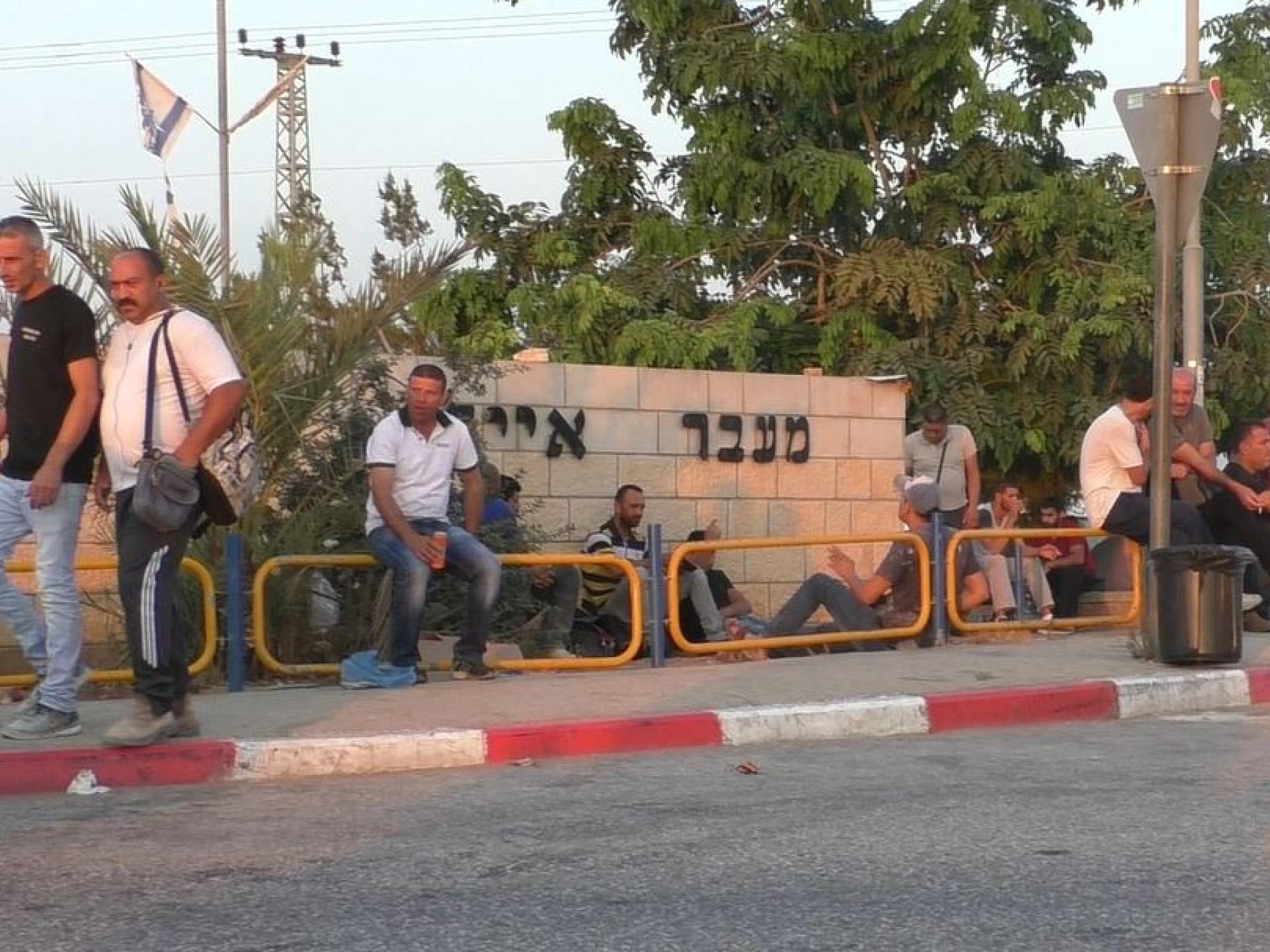 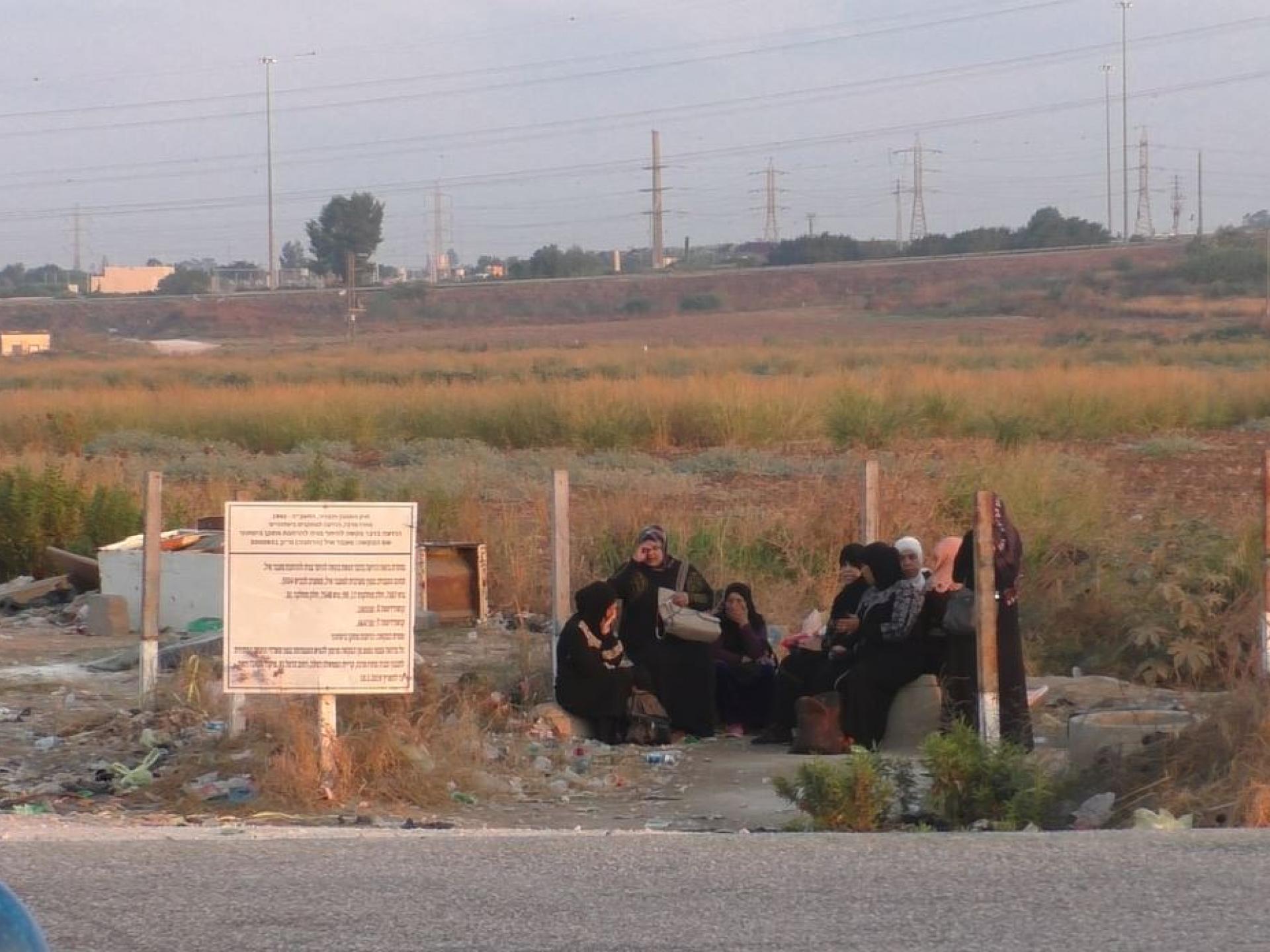 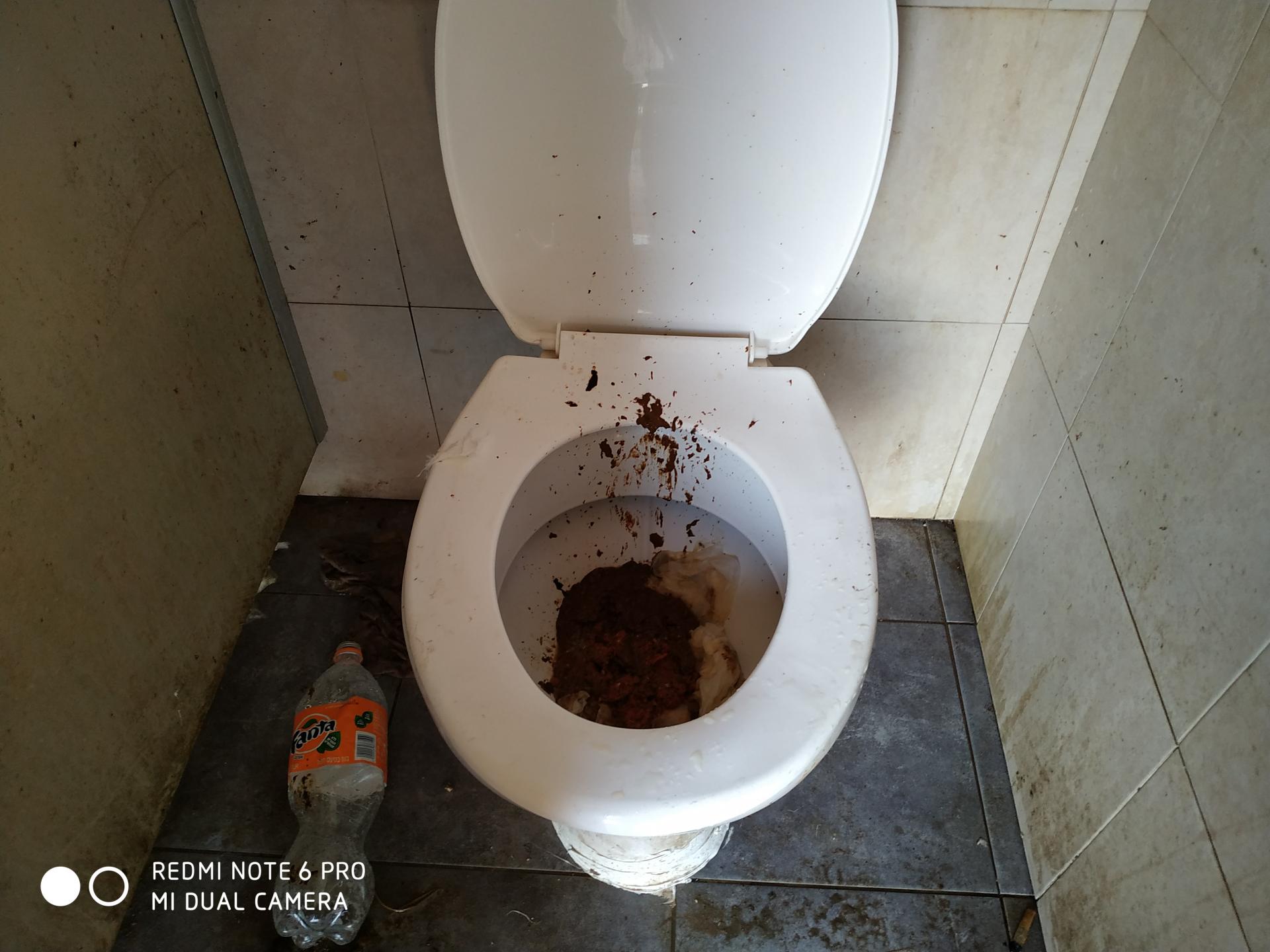 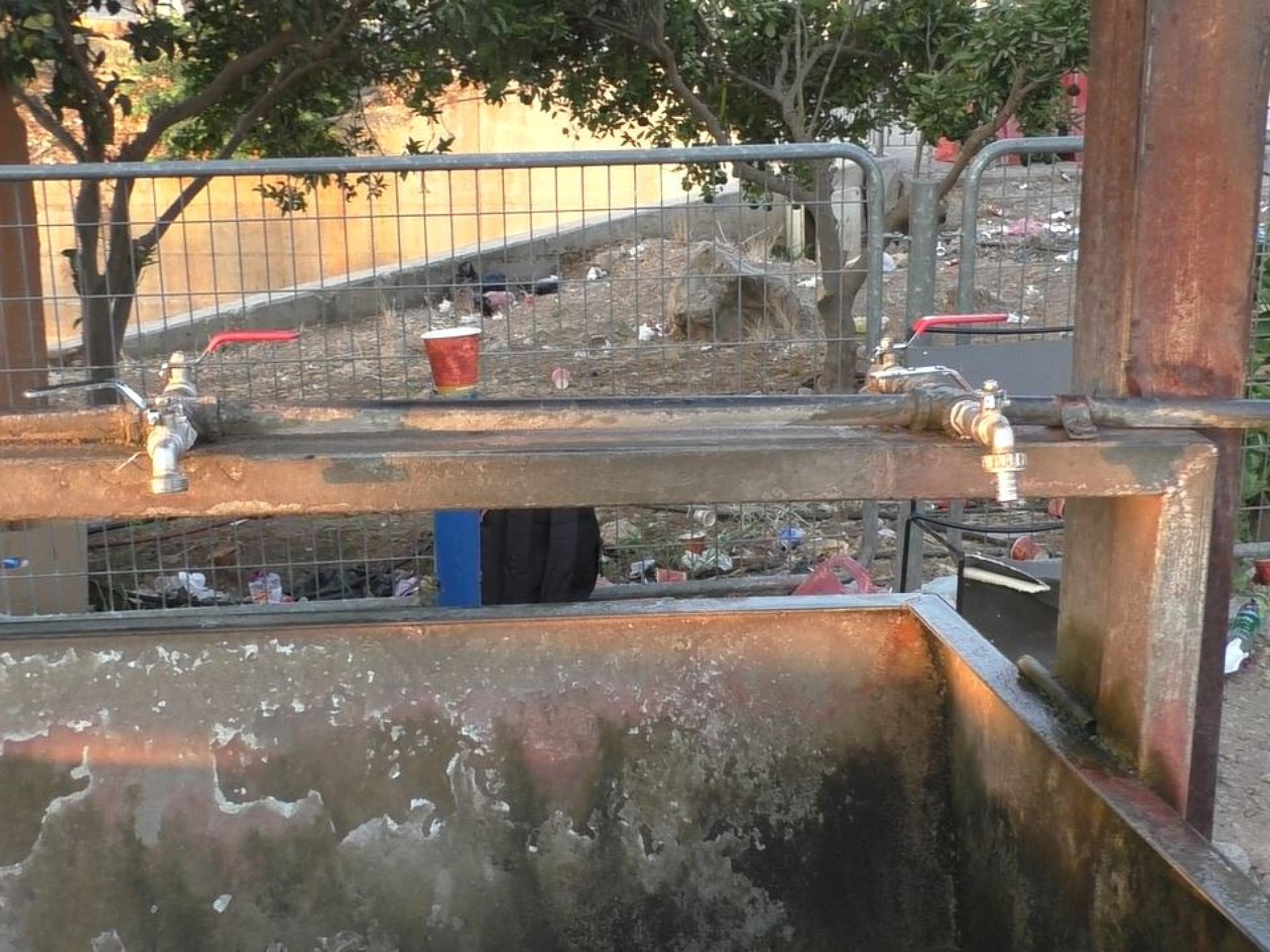 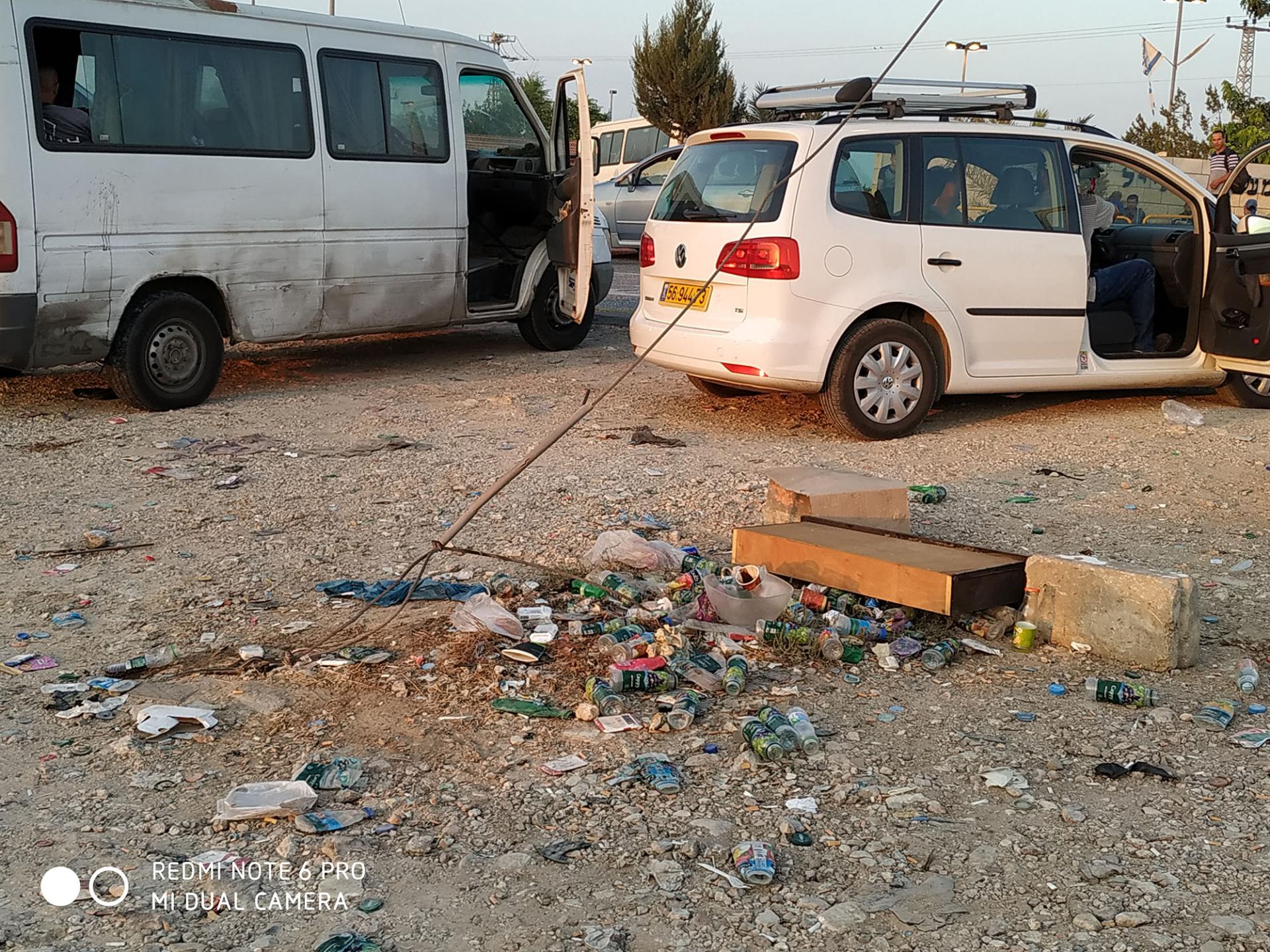 We arrived at the checkpoint.  Some workers had already crossed, others sit waiting for their transportation.  Many more sit smoking, waiting for Godot, who doesn’t come.  That is, since they’ve already paid NIS 2500 for the permit, they’re hoping to be lucky and be offered a day’s work.  Thus, in despair because the month is ending and they’ve already paid in advance, they fear they won’t cover their expenses.  But still they wait.  One worker says he worked only one day this week.  Nor is he the only one.  He apparently represents many more who complain about how difficult it is to make a living, about economic insecurity.

We asked about the bathrooms.  Relatively ok, they said, but three cubicles for 14,000 people crossing aren’t enough.  The surrounding area is clean.  One person told us, with a smile, that an employee of the facility saw he’d discarded a cigarette butt and gave him a bag, ordering him to collect all the cigarette butts by 08:00.

Here too, some of the workers had crossed and many others sit on the rocks hoping to be offered work.  They’ll probably have to return home disappointed.

The entire area is filthy, everywhere you look, including the bathrooms.  Only two out of eight cubicles are accessible, and they’re a catastrophe.

We thought that if the bathrooms at the Etzion DCL, and at the old Qalandiya checkpoint, which are used by those going through the new facility (according to the photos Ronit sent last month) the situation is terrible, it’s undoubtedly generally like that elsewhere.

What did we feel?  Resignation.

Eyal checkpoint (terminal), which was opened in 2004, is on the Green Line, at the outskirts of Qalqiliya, south of kibbutz Eyal. Only Palestinians with permits to pass to Israel are allowed through. The permits are in the form of magnetic cards. The intention of the army is to hand its operation over to a private company, but until now it is still operated by the army. 4000 people pass through the checkpoint daily. They have to return from work on the same day and only through this checkpoint.