Irtah - A woman leaves home at 02:00 so as not to be delayed at the checkpoint 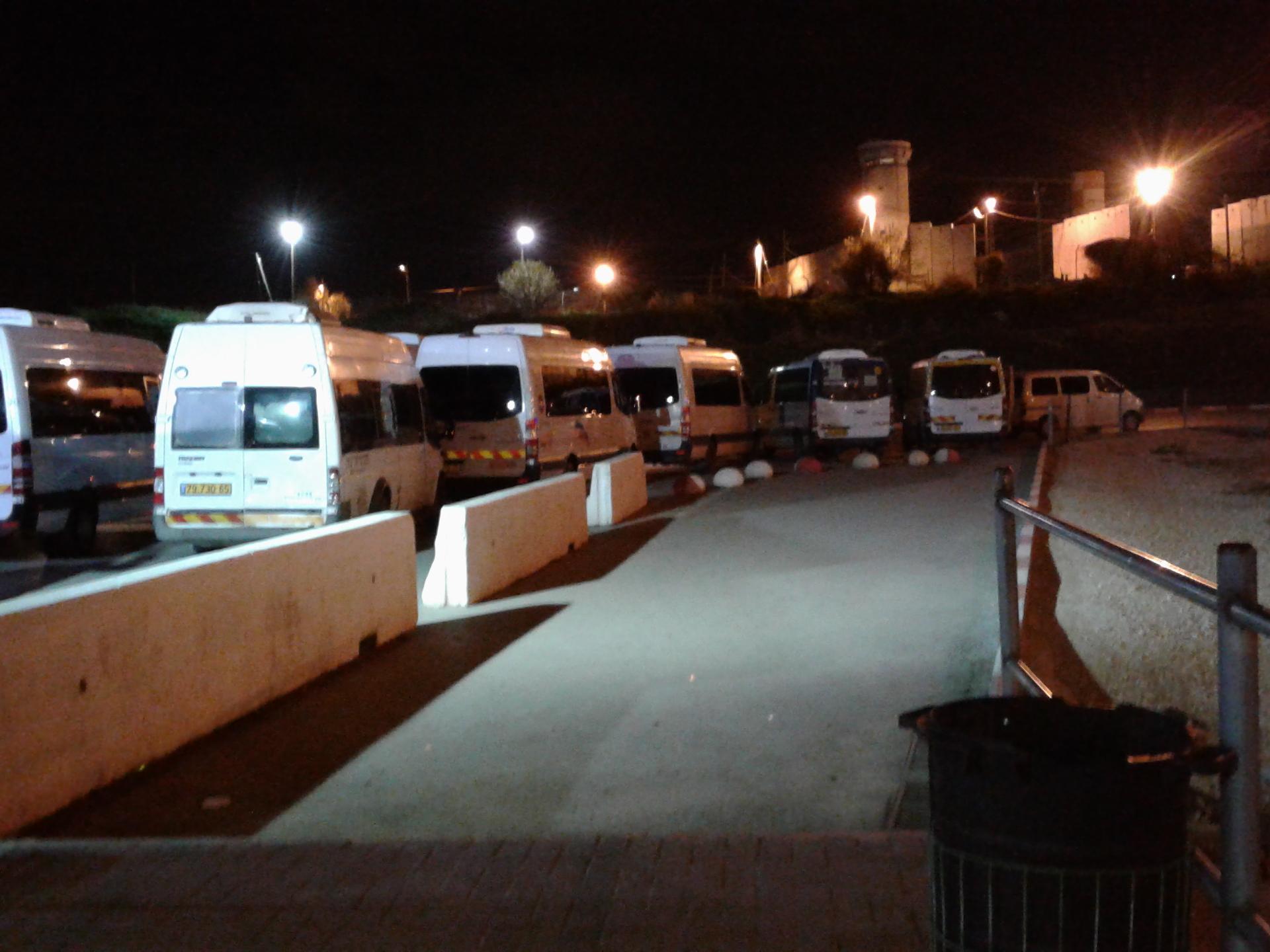 3:45 We arrived early. In the parking lot we noticed a path for pedestrians, separated from the cars by barricades. In a previous report we requested some arrangement for pedestrians, so it's encouraging to see that someone cares. In the course of the morning nothing else was encouraging.

The staff parking lot has been widened, at the expense of the area available to the Palestinians who pass through the checkpoint. The passage isn't narrow, but it isn't as wide as it used to be.

opened at 3:59, and the first people got through in just three minutes. Hundreds of people were waiting for the gates to open, including a large number of women so early in the morning. All the time we were there, we saw no drop in the pressure at the gates.

Around 4:10 it took eight minutes to get through the checkpoint, at 4:35 it was 22-25 minutes. At this point we already saw a repeat of the bad old situation where young men climb over the fence to avoid standing in line, to the displeasure of the people in line. (When the line moves reasonably fast, this doesn't happen.)

At 5:00 we came back to the gates and saw things were even worse. We heard the noise and shouting, and saw people forcing their way to the head of the line by various techniques, some of them dangerous. It was a lot more crowded than the last few times we visited.

We had a number of conversations with people after they passed through. Several complained about the mess at the entrance to the lines before the gates. A woman told us her problems. She's been working at the same place for 25 years, but now she needs to undergo dialysis three times a week and she's tired. She leaves home at 2:00 a.m. to be first in line; she starts work early in order to have time for her appointment at the hospital in the afternoon. She complained about the time it takes to pass through the checkpoint, and also about the cost of transportation on both sides of the border.

A man complained about delays on the way home. We know that an impromptu market has developed on the Palestinian side of the border, and evidently merchants set up their stalls too near the checkpoint entrance/exit. To force them to move back, the checkpoint shut its gates and wouldn't let anyone through until they complied. The man told us that Thursday he had to wait an hour, and asked the authorities to find a way of maintaining order that doesn't penalize innocent passers-by.

A group of young men complained about the generally hard life of workers like themselves, though they're better off than the ones who request work permits and are refused.