As of noon yesterday, carts aren't allowed through.  Since truck traffic is very restricted (about 100 authorizations at the Beit Iba checkpoint for the Nablus sub-district, whose population is about 320,000), the carts serve as a critical lifeline.  This morning, for example, food and pitas didn't reach the grocery in the village of Deir Sharaf.  Two elementary school pupils told us they left home without eating, and they're hungry.

Tomer, the DCO representative, tells us that the division commander ordered that from yesterday noon carts aren't permitted to pass through the Nablus checkpoints.  The order was issued after a pedestrian carrying explosives was discovered at the Huwwara checkpoint.  The DCO expressed its reservations to the division commander, but they can't influence his decision.  As far as Tomer knows, there's total prohibition at the Huwwara checkpoint.  At the Beit Iba checkpoint, carts will be allowed through when the K-9 unit comes, and the dogs will sniff the loads.


According to the checkpoint commander, there's no telling when the dog will arrive, and how long it will remain.  In general, he thinks the checkpoint has advantages, because it provides work for the porters.  Unfortunately, we didn't have time to make it clear to him the connection between the checkpoints and the disintegration of the West Bank's economy and the situation of an entire metropolitan area that has to depend on a few carts and donkeys.


We visited three nearby places, to see what happens when goods can't even be transported in carts.


1.  The "May" laundry, Beit Iba – specializing in dying and laundering new jeans.  They receive 1250 pairs of jeans a day from workshops in Nablus (50 sacks, 25 pairs in each).  They dye them, and return them to Nablus to be ironed and marketed.

The owner, Hisham Haroun, once had permission to enter Nablus with a vehicle, and he's waiting for the permit to be renewed (our impression is that he's waiting in vain; no more permits are being issued).  Meanwhile he uses a carter with a donkey – Adnan Nofel, 55 years old, who has eight children and has been working as a porter at the checkpoint for five years.

The laundry employs 15 workers.  As of yesterday, they're unemployed; some of them have gone home, and some are hanging around the workplace.  Dozens of sacks are waiting outside to be shipped.  Mr. Haroun estimates that he's losing NIS 6000 every day.


2.  Deir Sharaf grocery – Jamal Musa, the owner, receives 100 kg. of pitas every day.  Today he managed to get only 20 kg, that were carried by hand.  His regular porter is Halad Antari, 46 years old, who has worked at the checkpoint for five years.


3.  The "Central Boys" Elementary School in Deir Sharaf.  The principal accompanies us to two classrooms and asks the pupils who didn't eat this morning.  Most are embarrassed to raise their hands.

Mahmud Anwar, 11 years old:  We knew the grocery didn't have any pitas, so we had bread brought from Nablus.

Back at the checkpoint, Bilal Said, a porter, 45 years old, says that he was supposed to have brought meat to Nablus yesterday, and was stopped at the checkpoint.  According to the invoice, the meat was intended for a hospital.

At 08:40 a dog arrived at the checkpoint, and the carts began moving again.  As we said, it's not clea 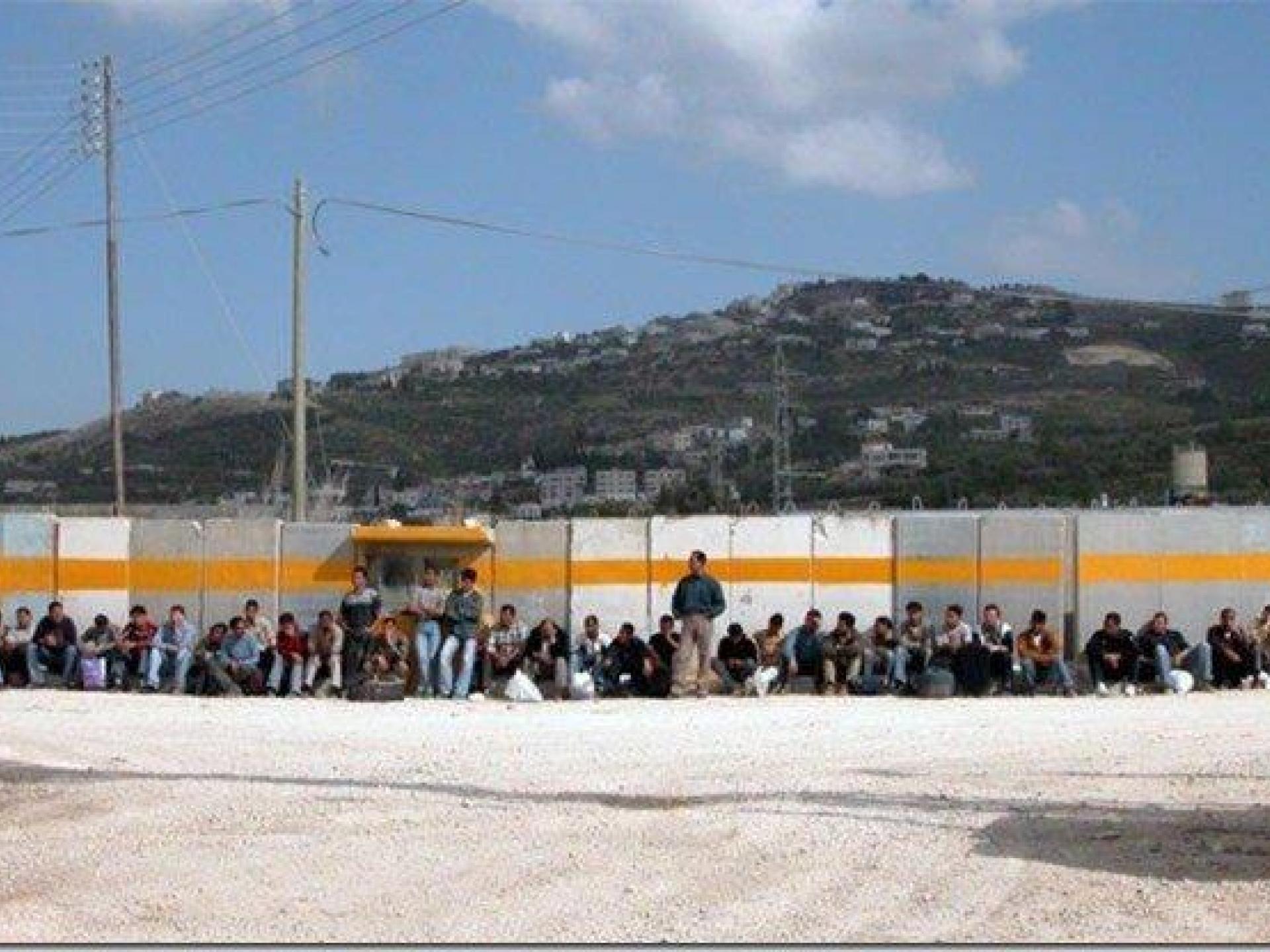