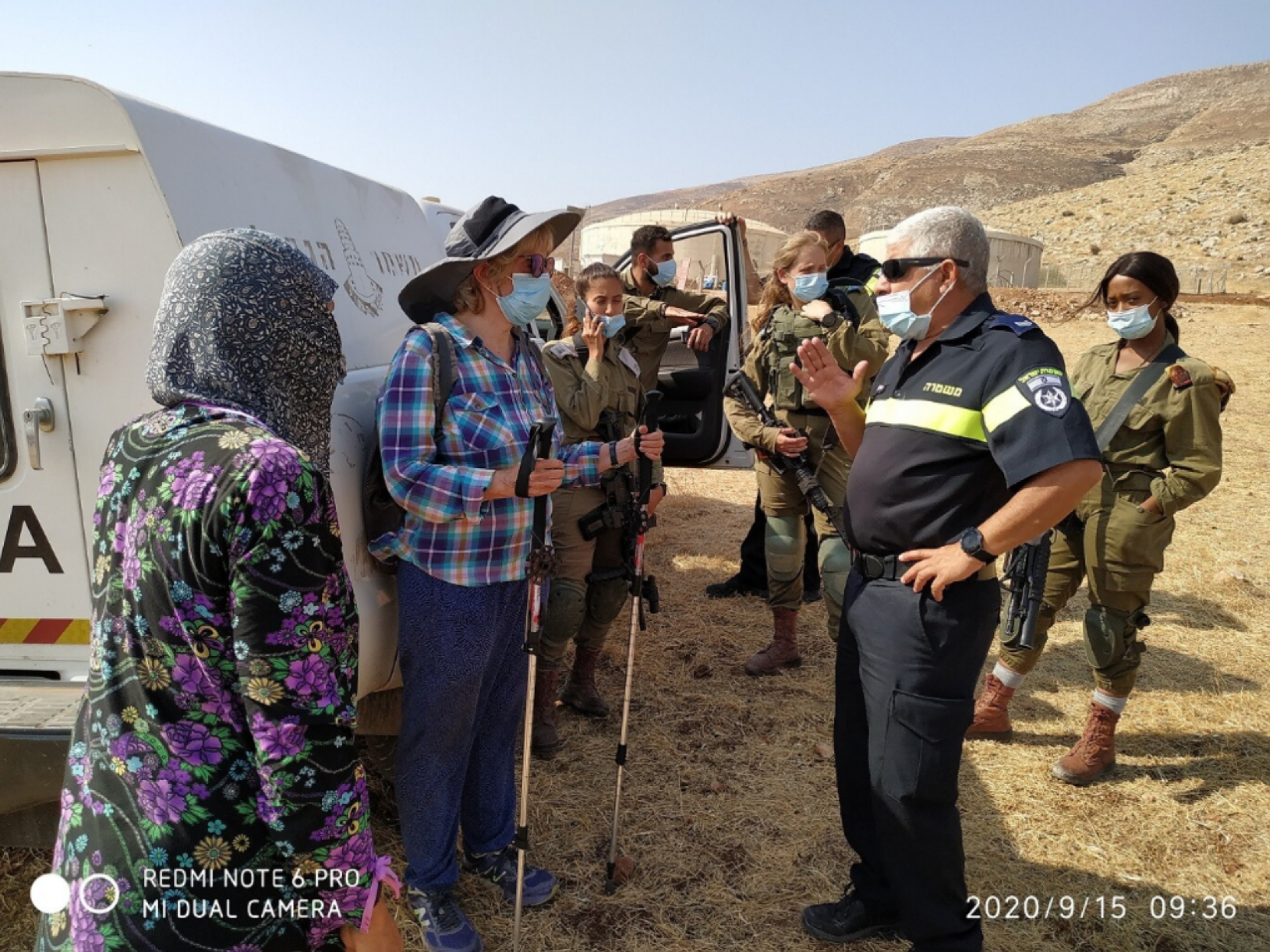 Jordan Valley: Shepherds are once again being removed on the pretext of entering military territory. 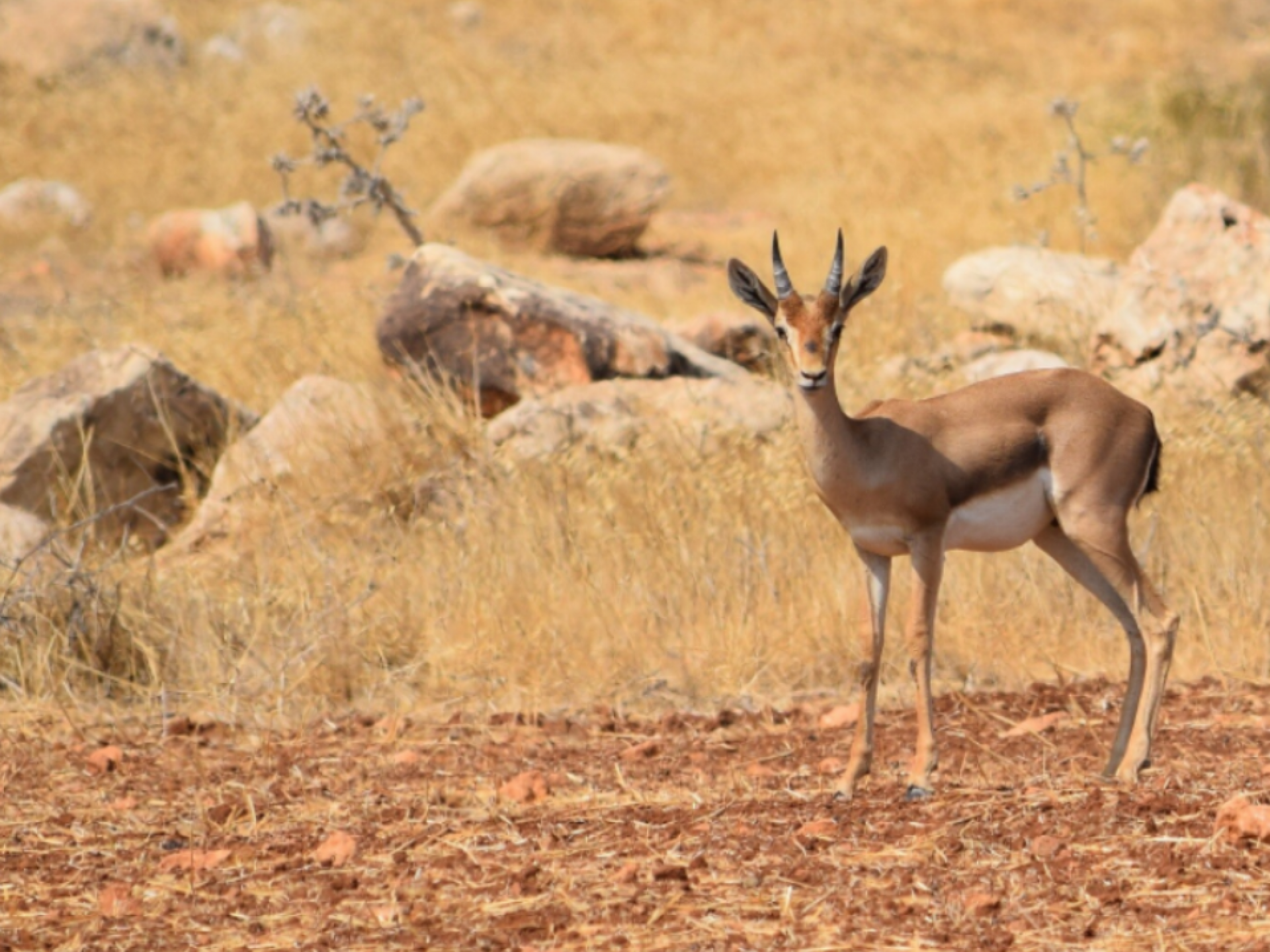 Jordan Valley: Suddenly a handsome deer appeared in front of us

The Palesitnian Jordan Valley: "If the Israeli women come to you again, we'll arrest you."

We met the shepherd who had arrived just as we did, on the hill west of Hamra settler-colony, above the water reservoir. After a difficult ascent, at 8 a.m. – two women soldiers arrived, one of them a captain. The officer told the shepherd he was inside a firing zone and must leave immediately. After a short argument, during which she kept waving in his face the plastic shackle and blindfold she was holding and telling him that he was detained, he gathered his flock in order to move elsewhere. He must have acted too slowly, and she decided to arrest him and even managed to shackle his hand.

In the meantime his father and mother arrived, while I was checking with Dror Etkes (of the Kerem Navot organization) whether this is really a firing zone. Apparently, we indeed were some meters inside a firing zone…

The claims of the shepherds that they have been grazing there for 40 years, that two days ago the Israeli army was here and said nothing, that this was their livelihood – all fell on deaf ears. The woman-officer had come for one purpose only – to arrest the shepherd, apparently at the bidding of the Hamra settler-colonists. Finally a Border Police pickup truck arrived, with two policemen who stayed at the foot of the hill. The officer, aggressive and mean the whole time, forced the shepherd to descend towards them, claiming that he was under arrest. We followed them.

The older policeman, Shlomo Nahmani, yelled at the shepherd and forced him into the pickup truck, helped by soldiers and another policeman. The guy's mother burst into tears and when she tried to touch the policeman, so he'd listen to her, he yelled at her: "Don't touch me! If you dare to do that one more time I'll arrest you too!" which only increased her crying. He wouldn't listen to us and asked to see our IDs. When he saw my name, he smiled as if at an old friend and said, "I remember you from 20 years ago at the checkpoints". He added, "Then too you harmed the Palestinians with your actions. Every time you came, we closed down the checkpoints!"

The women-soldiers left, after which the policeman softened. First he said he'd release the shepherd at the main junction. We said that if so, we'd follow there. Then he relented and released the young man on the spot. However, he wished to speak to him privately and took him aside. He told the shepherd that now that he had his personal information, and that if he heard the Israelis ever came to him again, he would arrest him for three months. Ever since, the shepherd has been traumatized.

If that were not enough, apparently the woman officer and the soldier drove off with the shepherd's ID (which is an illegal action) and they had to be summoned back to return it.

We then drove to Z.'s family (above the Hamra checkpoint). The Civil Administration had come to them, photographed the place and threatened to demolish the home of the only son (out of 8) who had remained there to help the elderly father farm. All the rest have left because of repeated demolitions.

We then drove to K.'s home in Jiftlik, but didn't enter, realizing the mother was very nervous about the Covid-19 virus. 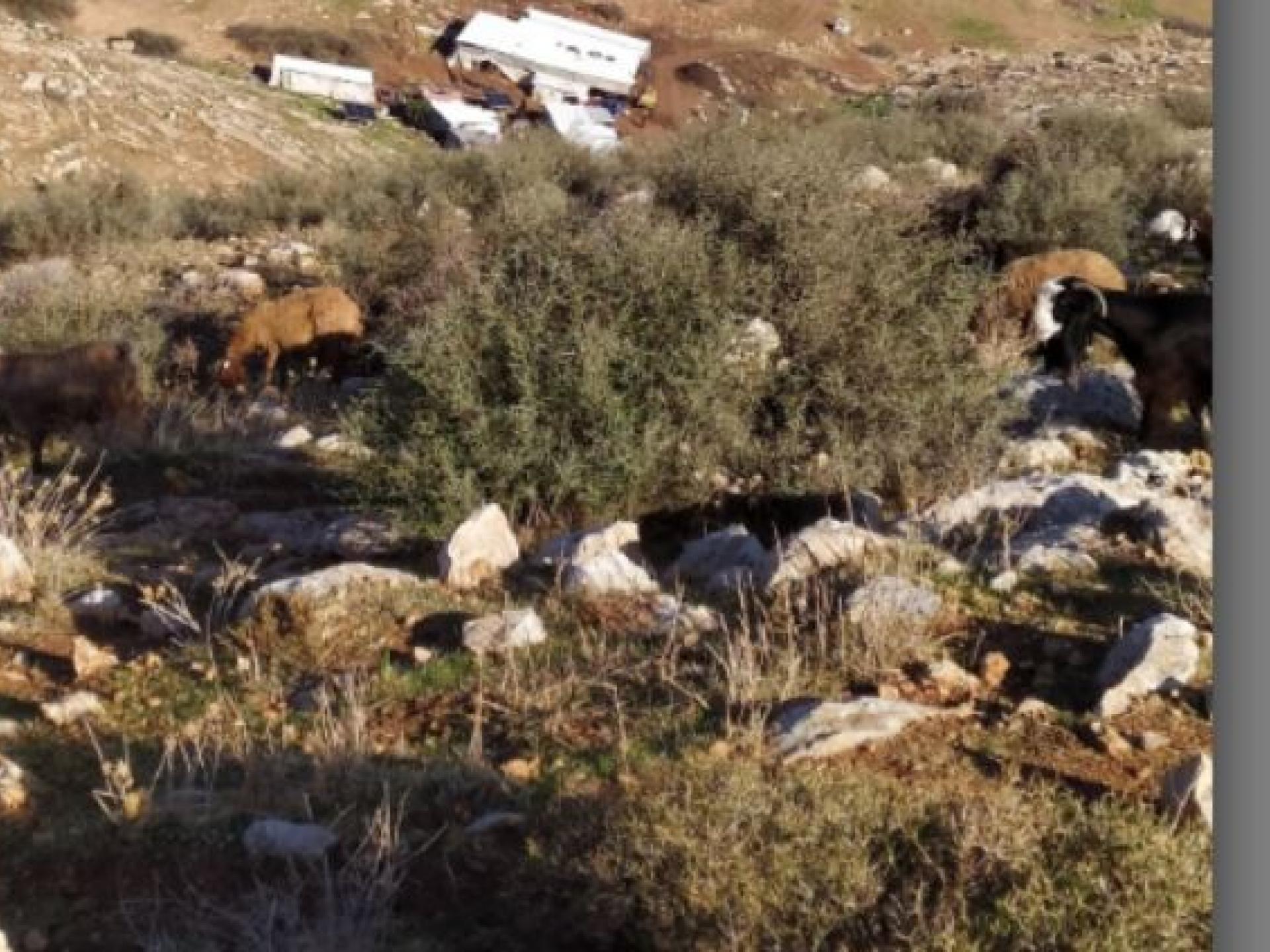 The herd rises south in search of food