South Hebron Hills - even the rainwater is for Jews only 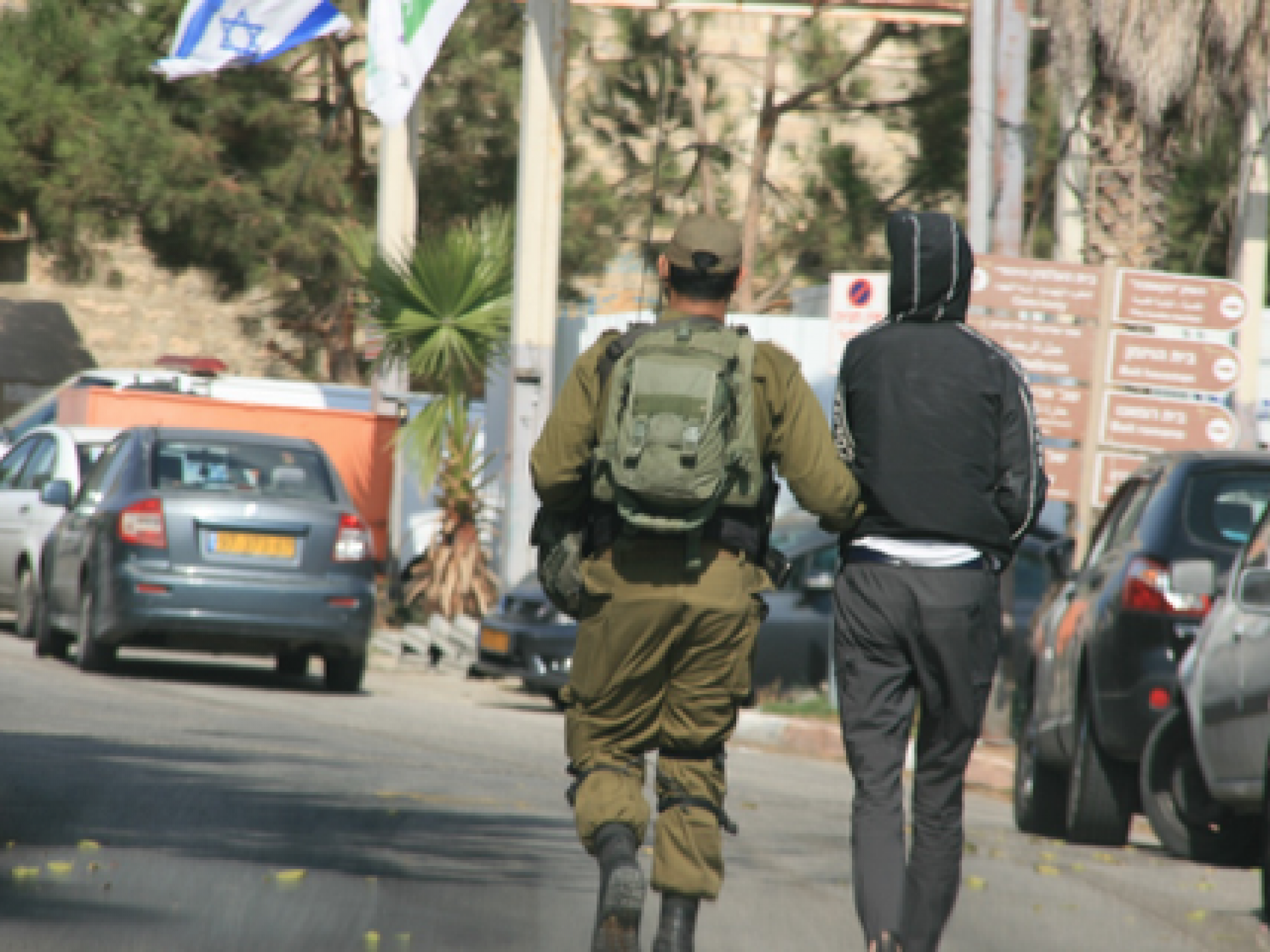 At the Meitar checkpoint, the parking lot was full. Along the fence, where there was the “11 gates

” (breaks in the fence), guard posts were set up on the Israeli side, but on the day we were there they were not manned.

It is very easy to distinguish between a Palestinian and a Jewish neighborhood by the water boilers on the roofs.

At the entrance to the Kafisha neighborhood, near the synagogue, the gate was closed, but the soldiers opened it for us without any problems.

In Tel Romeida, nets on the windows, but not against mosquitoes. (against the settlers who throw rocks at the houses).

The Jaber neighborhood looks deserted and most of the shops there are closed. In short, Hebron looks like a ghost town.

We arrived at "Beit ha-Heirut" (Freedom House), a block of buildings close to the Pharmacy checkpoint and near the Al Ibrahimiya school. According to the newspaper Israel Hayom, settlers entered a new house on the night of July 27, 2022, in the area of ​​the Jewish settlement in Hebron, Beit haHeirut, near the Cave of Freedom. The house was purchased by the "Expand Your Place" association.

Entering Shuhada Street, we saw the following appalling spectacle: a handcuffed Palestinian youth with a flannel over his eyes being led to....

We gave the money from Rachel Afek to the person we were supposed to give it to.

At the House of Contention , the renovation is over and there is already a new kiosk there.

On the way, Abu Safi, whose land is in the area of ​​road 317, called us. He said that the settler, Israel Kaplan, prevented him from reaching the rainwater that had fallen the day before. Israel went out with his ATV and drove his herd away.

Even the rainwater is for Jews only.