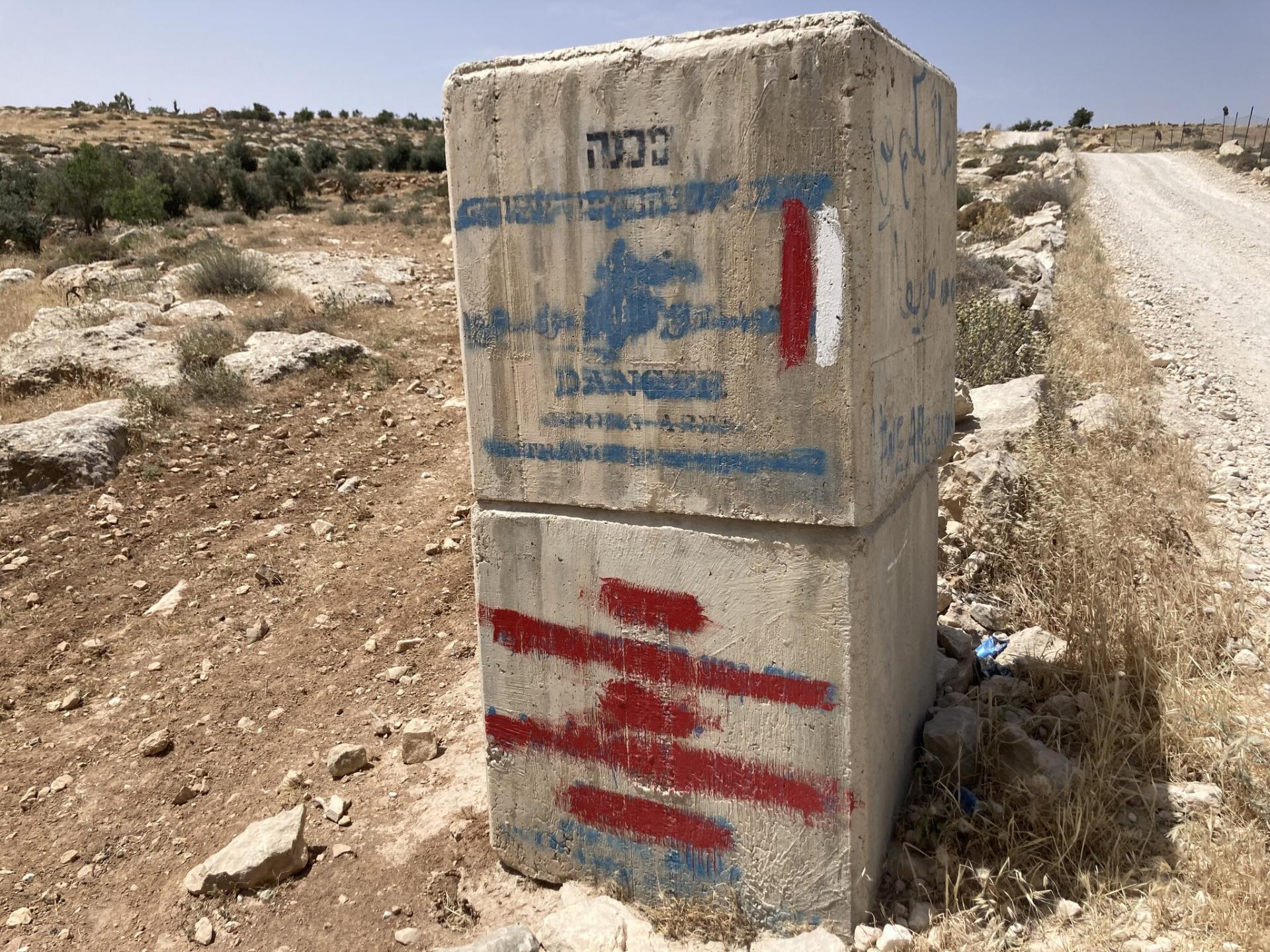 South Hebron hills: The entrance to the fire zone of Msafar Yatta 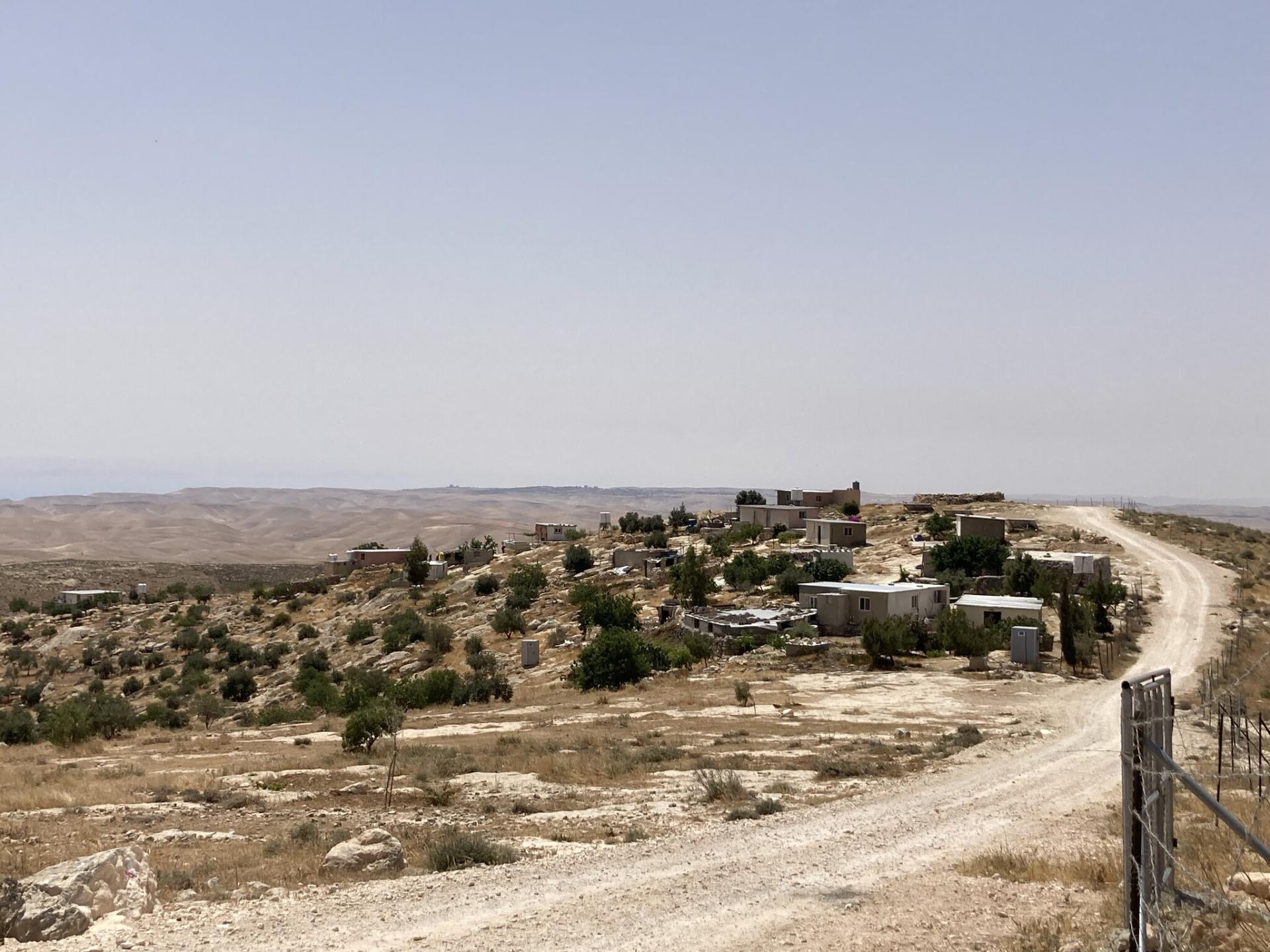 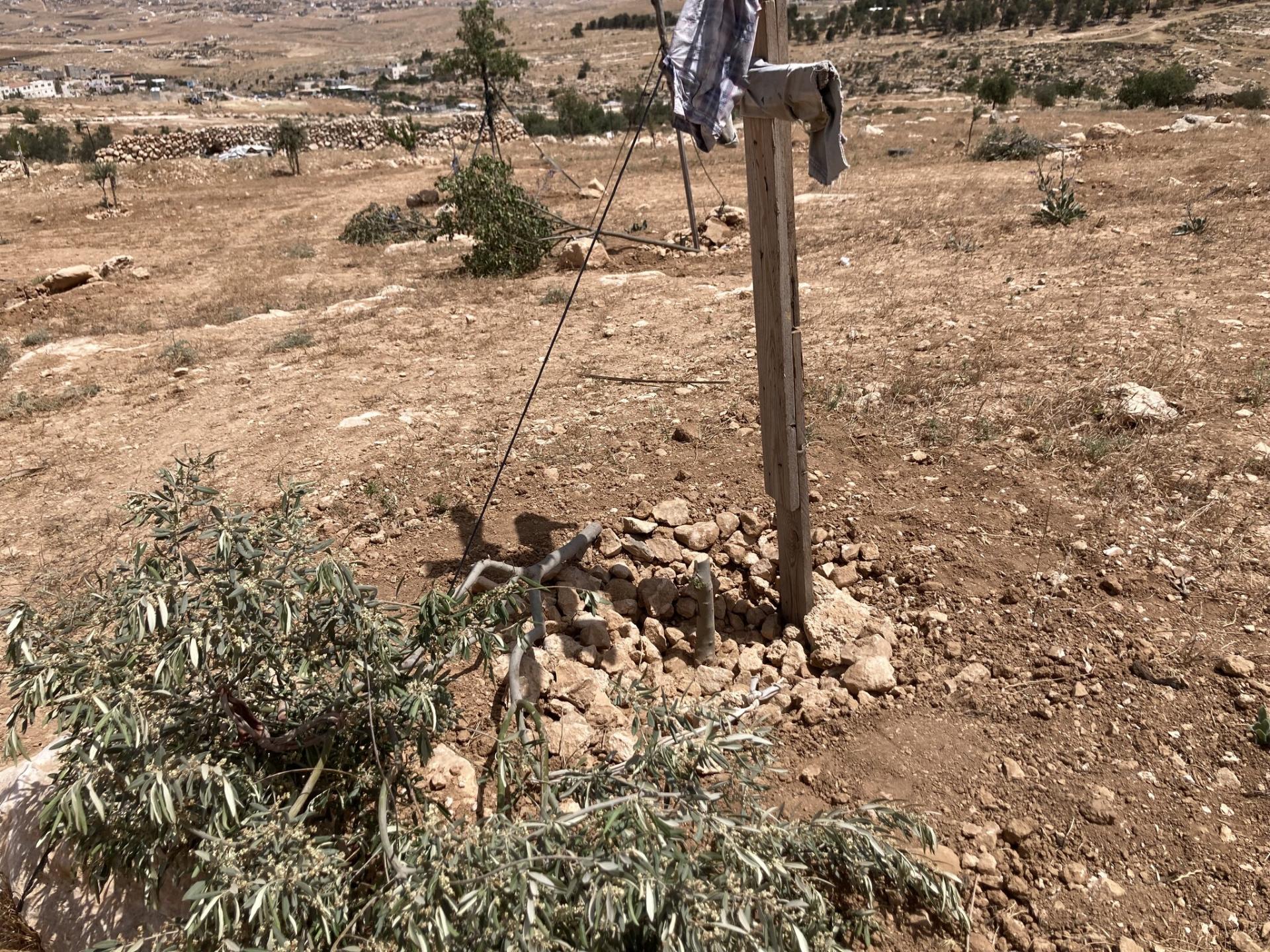 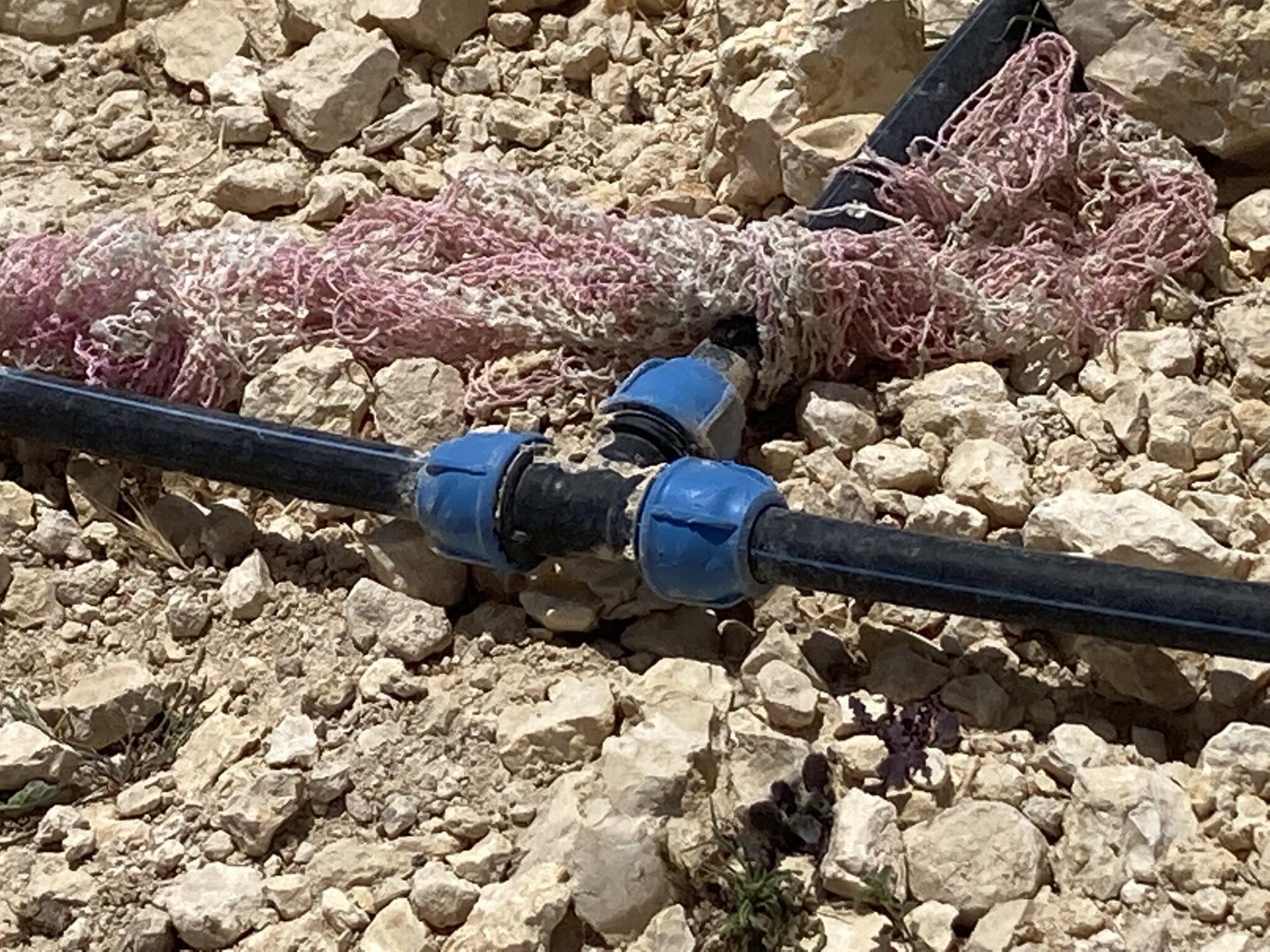 Of all days, on Memorial Day (eve of Independence Day for the Jewish Israelis), the Israel Supreme Court ruled to transfer and expel the inhabitants of 12 Palestinian villages in the Masafer Yatta area of the South Hebron Hills. The villagers live under threat of demolition, eviction and dispossession ever since the Israeli army declared their area of residence a firing ozone. In 1999 they were issued an eviction order claiming they were not permanent residents of the area. This totally ignored their special way of life and ancient farming culture, as well as a clear historical record that attests to generations-old Palestinian habitation in these villages – cave dwellers in the past and with time, also outside the caves.

Eviction of villagers from the area means the demolition and destruction of these historical villages and leaving entire families (about 2000 persons children, adults and the elderly) homeless. Such eviction contradicts Israel’s duties towards the occupied Palestinian population, violating both international law and Israeli law.

We visited three of these communities today, to express our solidarity. They say that solidarity visits by Israelis and internationals give them the strength to carry on their struggle. They have nowhere to go and will stay on their land until they die, even if it will be in tents.

The ways to these communities were made by Palestinians, and on the horizon, one sees the city of Arad. The border between Jordan and Israel was below the Jimba community. The army and police patrol along this track, and at times, for no reason they harass the Palestinian villagers. Thus they destroyed water cisterns at Khalat Al D’aba, disconnected water coming from Tawane, poison-sprayed and burnt a plot of land with trees (in 2012 already), as well as other endless harassments.

Mufaqara is the only community living near the colonist outpost of Avigail, and suffering from colonist harassment as well. Firing zone 918 begins east of Tawane and east of Havat Maon. The Palestinians cannot understand why it is impossible to come to some arrangement with the army during maneuvers. Apparently emptying the area of its inhabitants has other reasons…

We were also told today about 25 olive trees that were ravaged, belonging to Nasser of Tawane. Colonists came with their electric saw, sawed the young trees and broke the olive branches of other trees. The police and army were summoned, and chased… the Palestinians! Bassel was badly beaten! We saw his harsh bruises. All because he wanted to record this with his camera

. The colonists left behind incriminating evidence which the police never bothered to collect.

So everyone will know who’s in charge…