At-Tuwani - military operations in the village 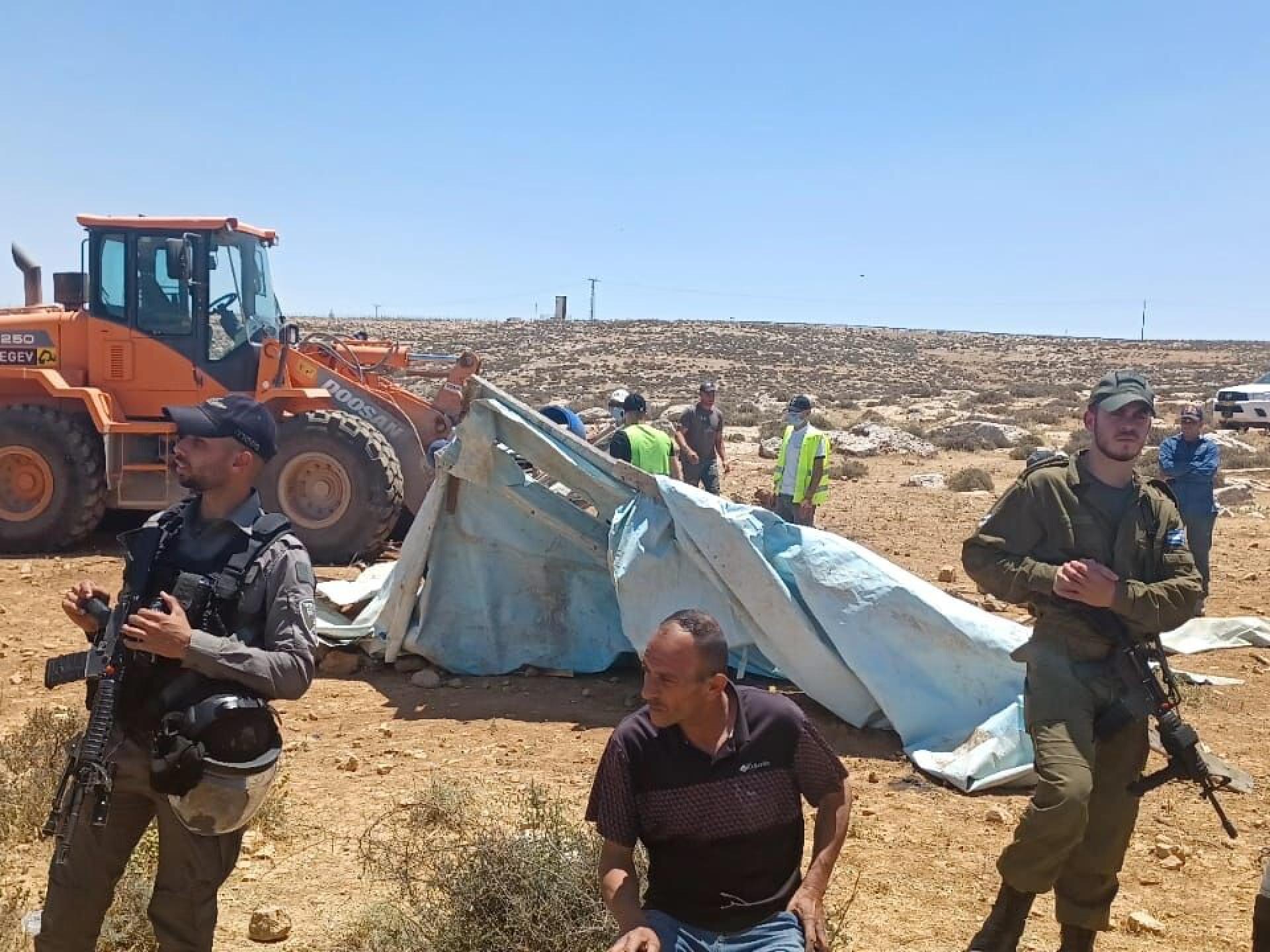 At-Tuwani - the army in the village

Many workers entered the Meitar checkpoint, parking lots are as usual.

We made a big detour on Route 60, to see what happens after Jerusalem Day and the tension in the territories. For most of the route, the intersections were open, no checkpoints and military vehicles were seen.

Al-Fawwar Junction, both the passage of cars and people is as usual, there is no special alert....

have been set up so that it will be possible to close them...

There is more expansion at the junction.

Zif Junction, also no checkpoint, and no jeeps manned at the entrance.

We met with Nabil at the Zif junction and it turns out that just before we arrived, soldiers came to his store, because they heard gunshots at night! They took cameras from the store and made a mess in the store, and the goods, in search of weapons.

We continued on 356 and at the entrance to Umm Ashukhan (a little after the Zif junction), there were army vehicles, with soldiers with weapons, and it seems that they are entering the village (continuing the search?).

We continued to At-Tuwani. We met Nasser who told us about how difficult things are with both  the government and the soldiers in the daily lives of the residents:

in the morning at 04:00, they set up a checkpoint at the entrance, preventing workers and teachers from going to work and confiscated vehicles (former Israeli vehicles, which are sold for dismantling, but until dismantling, are driven in them, in the immediate vicinity).

About a week ago, at 02:00 at night, army vehicles arrived with a skimmer, closed in on At-Tuwani and confiscated Palestinian vehicles on the grounds that they were smuggling workers into Israel. They entered the mosque and intentionally broke windows, also broke into an old mosque and caused damage to the speakers, etc. They took the car keys of the guard and damaged his car.

The soldiers also started walking around the village on foot, entering houses claiming that they were looking for workers who intended to enter the country illegally. Meanwhile people started waking up to go to work, and wanted to take out the cars and dismantle them.

The volunteers, too, woke up, went out and took pictures. Nasser fears that they will also take and confiscate tractors, which are used both for agricultural work and as transportation...

The tension and fear of military operations is great....

The photo documents the military operations in At-Tuwani.