Huwwara - Palestine Flag or Punishment of a Proud Palestinian Town 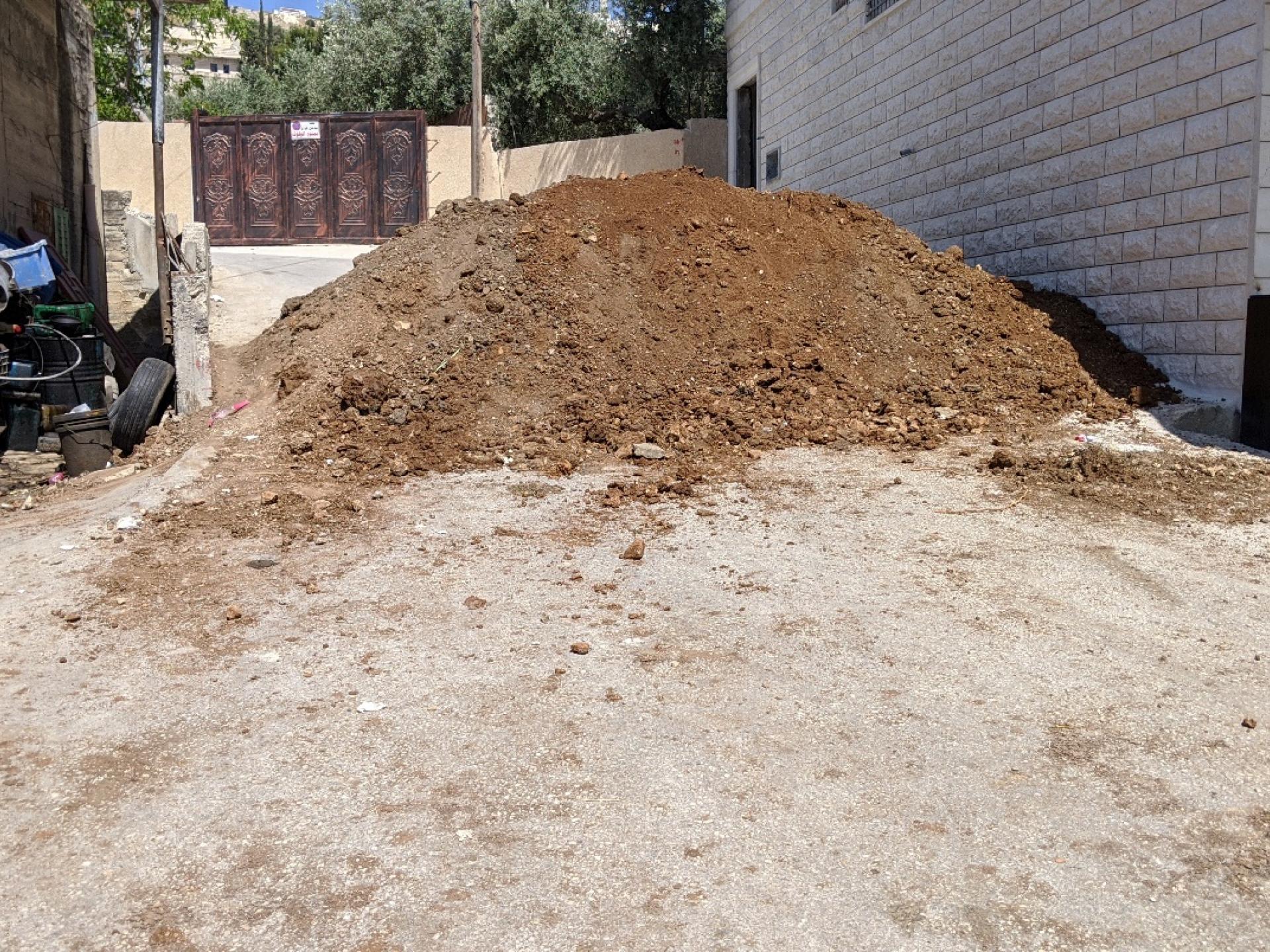 Blocking the exit to Route 60

"Only those who want to do away with  the Palestinian people, to live in its place and not next to it, can be so anxious about waving the flag of this nation." Raif Zarik wrote in Haaretz this morning, May 26, 2022, regarding the violence caused by the hoisting of the Palestinian flag on the occasion of the Nakba Memorial Day by Arab students at Beer Sheva University.

How right he is was evidenced at Huwwara that very morning.  What began there with the tearing of two Palestinian flags by settlers,  continued with accusing the Palestinians of throwing stones at a wounded settler's car. Then, as punishment for the Palestinians, the occupation regime turned Huwwara into a blocked ghost-town where more IDF soldiers with weapons drawn are seen than Palestinians and made the town center into a stage for settlers to dance with Israeli flags.

On the evening news on Channel 11, as part of a report on the events at Huwwara, the broadcaster Michal Rabinowitz called the Palestinian flag the PLO flag at least twice and no one corrected her.

Huwwara, a town with 8,000 residents that stretches on both sides of the busy and bustling Route 60, is now dead silent. The road is almost empty and most of the shops and restaurants, many of which have Hebrew signs, are closed. Piles of soil or construction debris block all the roads that branch off from the main road, and by them sit armored military vehicles with IDF soldiers as well as soldiers walking around.

It was not pleasant to drive on this empty road in a car with an Israeli license plate. We deservedly received  looks of rage so we hurried to get to the City Council building where we were welcomed.

A member of the City Council hosted us and described the chain of events. He noted that the incident began shortly after the killing of Shireen Abu Akleh and the funeral in which the Israeli police severely injured coffin bearers and ripped off Palestinian flags. Shireen Abu Akleh's name was repeated many times in the conversation. "It happened after..”!

The tearing down of the two flags by the settlers infuriated the residents, who responded by hanging up many Palestinian flags. And perhaps the many Palestinian flags on both sides of the road frightened the driver with his two children who lost control of his vehicle? A council member said the driver drove wildly to run over Palestinians. I suggested that it’s quite improbable that he would go out to run over Palestinians with his two babies in the car. It is clear that the intensity of dehumanization on both sides is catastrophic. The Israeli response to the driver's injury was threefold: incitement and accusing the Palestinians of "trying to murder a Jew," a brutal blockade of the openings of Route 60, and a settler celebration with Israeli flags in Huwwara's main square accompanied by soldiers who have since continued to fill the town.

During times of occupation, as usual, the supermarkets, restaurants, and garages of Huwwara are full of Israelis,  settlers, or those like us who come from Tel Aviv or Kfar Qassem. The newly-paved Huwwara bypass road - paved on Huwwara lands when 200 m on each side has already been declared a closed military area - is a double injury, both from the loss of agricultural land as well as cutting  off livelihoods that came from trade and services for passers-by on Route 60.

We heard about all this at the council and were equipped with many videos documenting the events.

We handed out some booklets in Arabic about the maqams and they were very happily received. There is a connection between the erasure of Palestinian heritage and religious sites through the settlements established in the mountains - and the removal of Palestinian flags from the villages at the foot of the mountains, by the settlers. This is how those who want to "live in the place of the Palestinians and not alongside them" work.