Report of the demonstration in Masafer Yatta 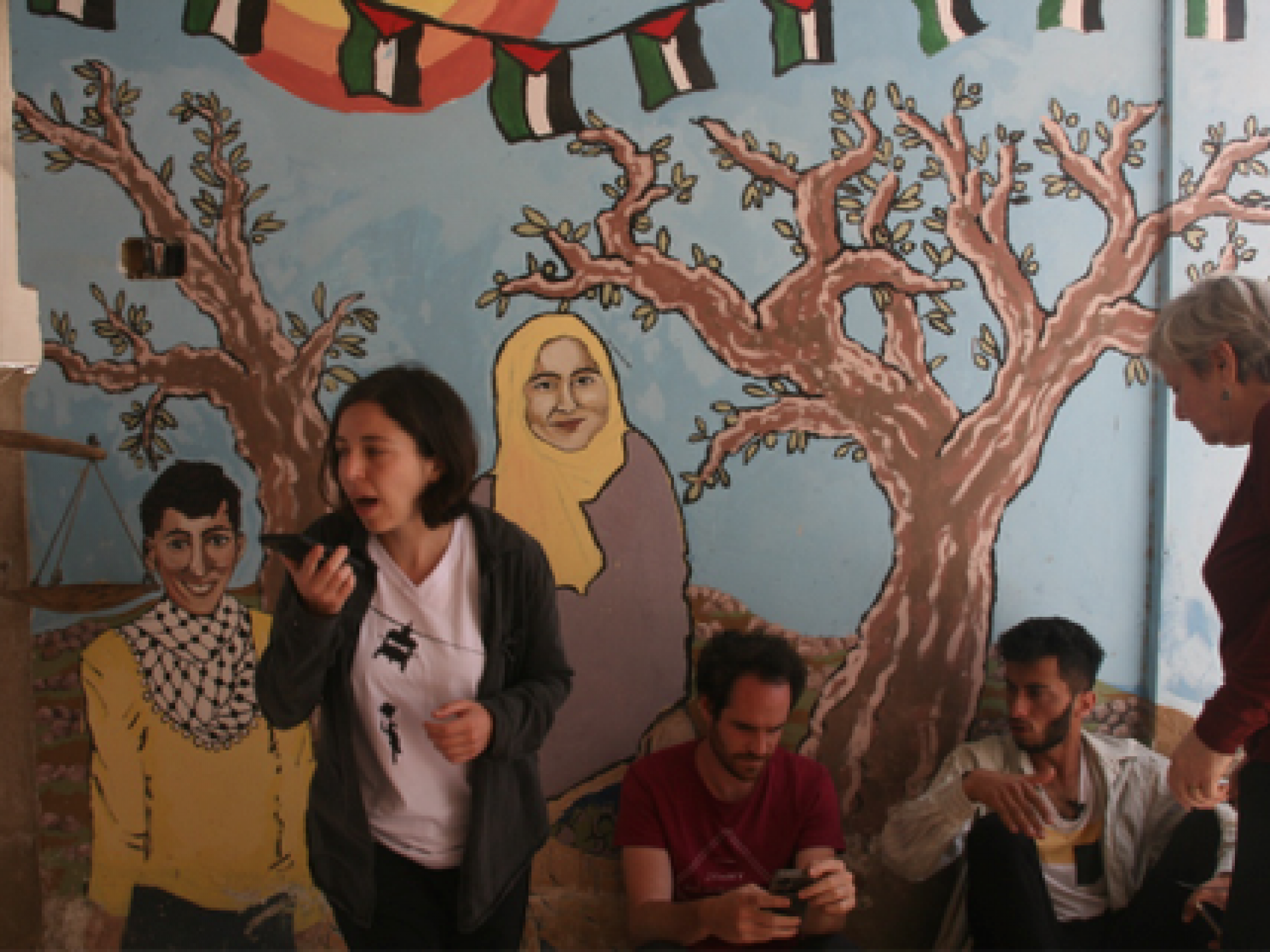 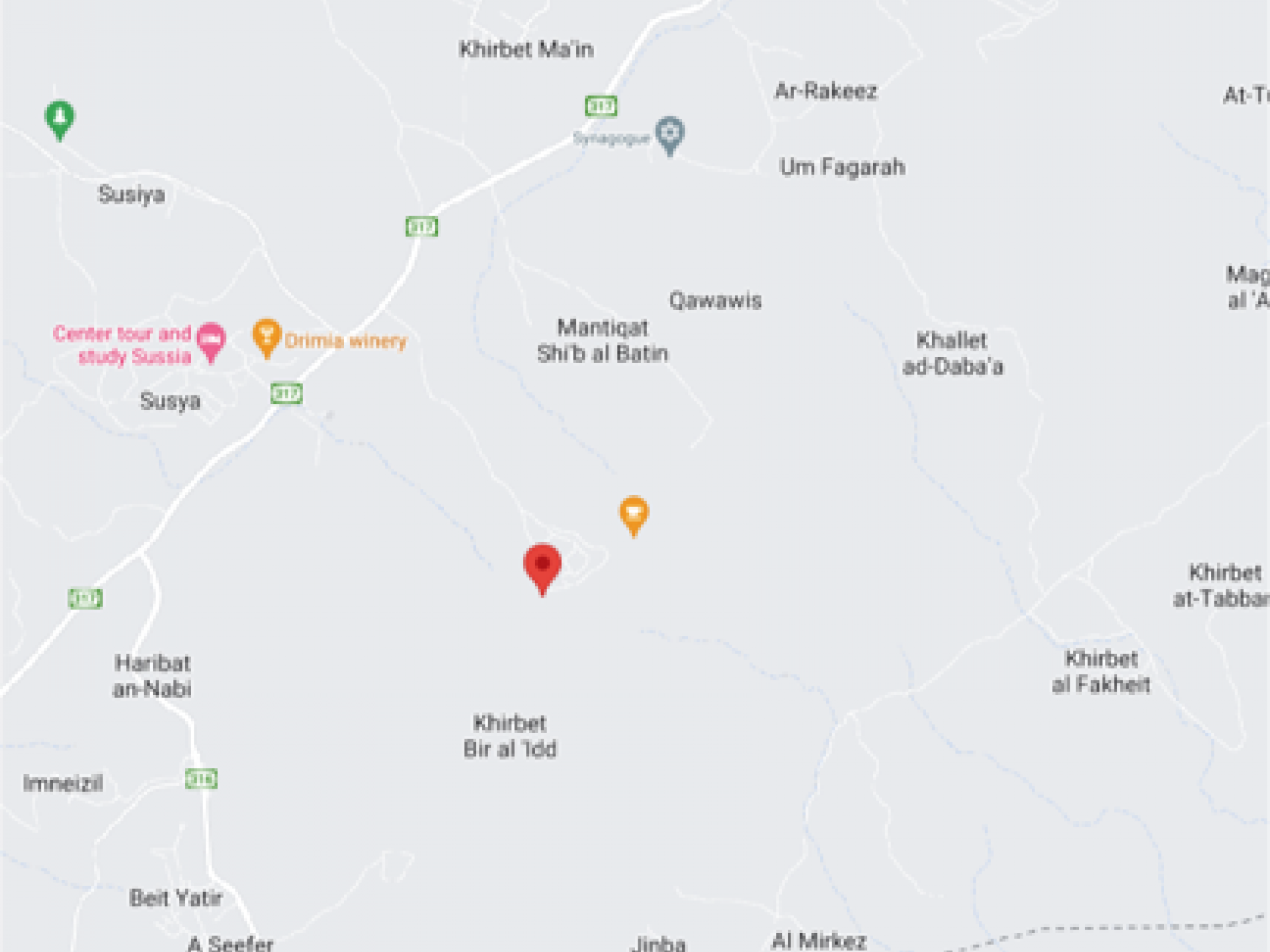 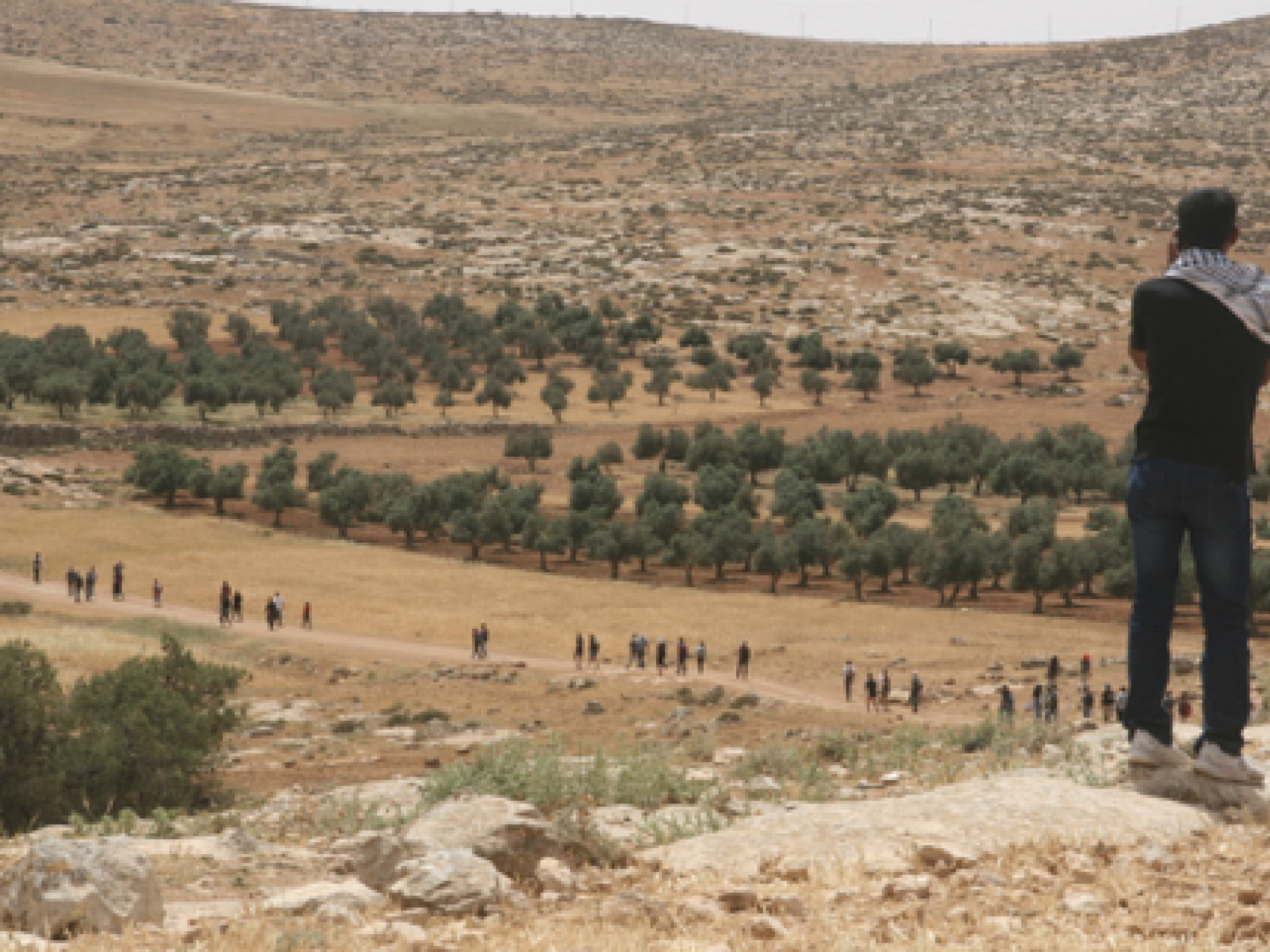 Masafer Yatta - the protesters from Jerusalem 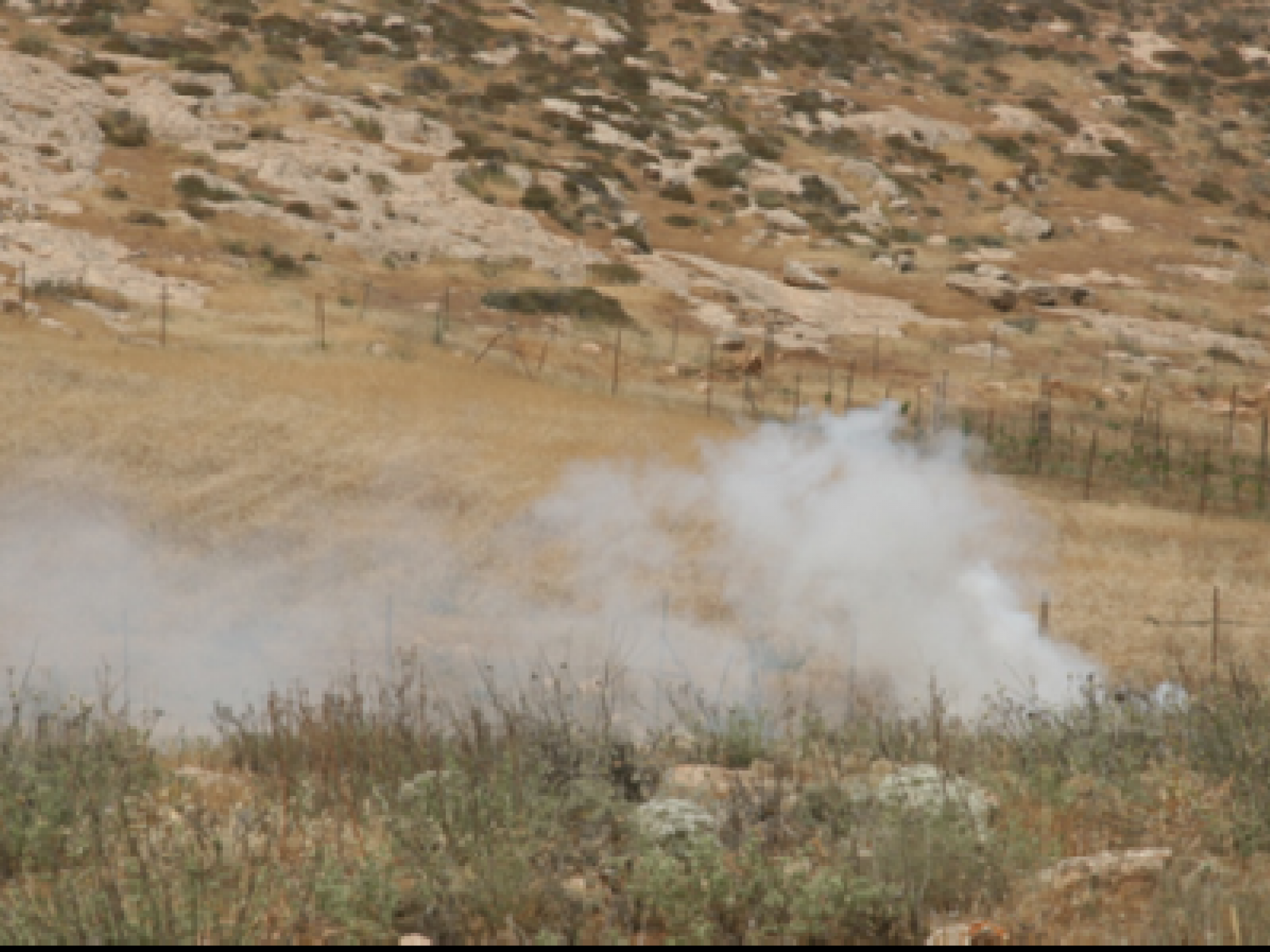 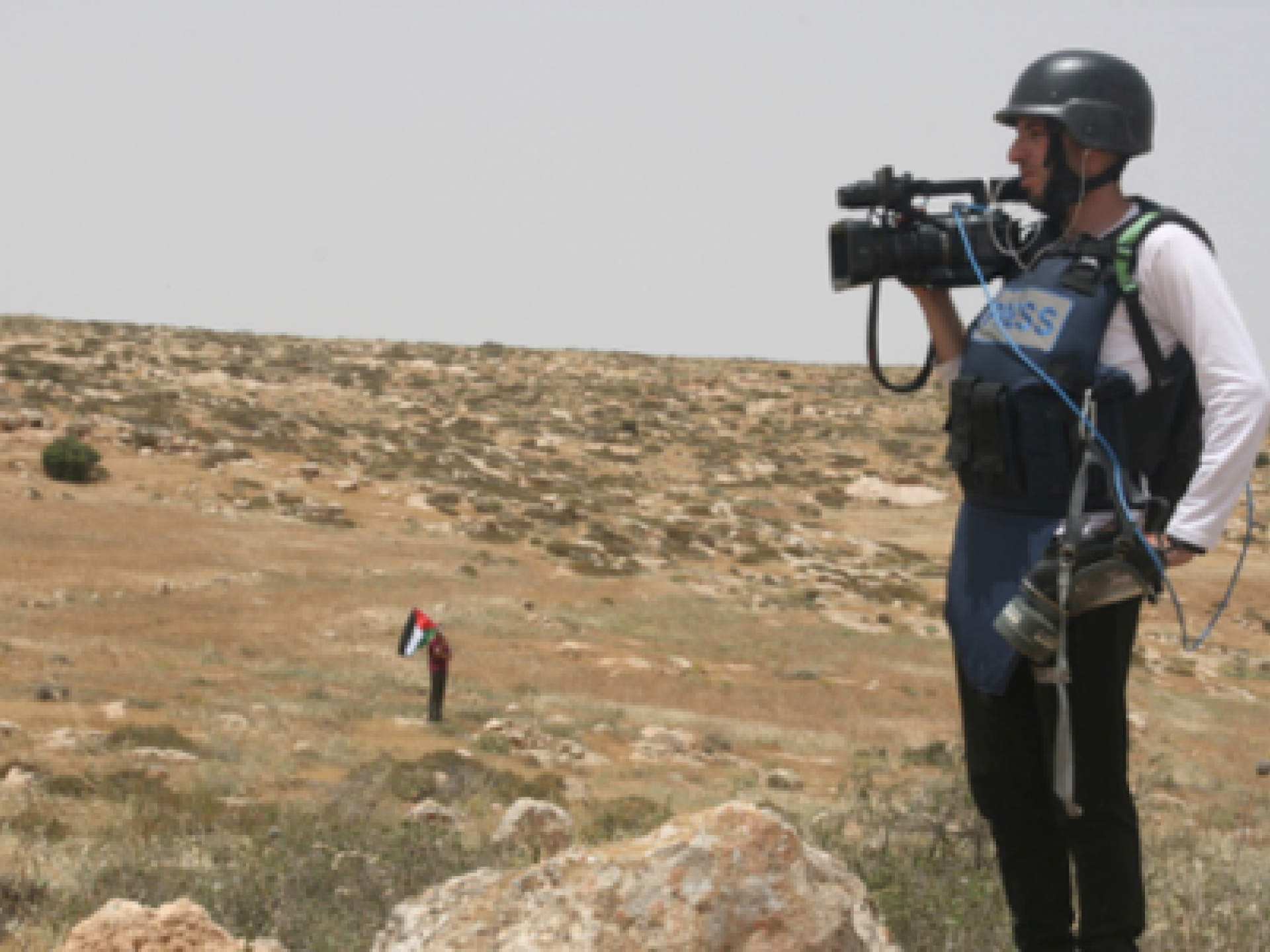 Report of the demonstration in Masafer Yatta

We passed the Meitar checkpoint without any problems a little before 10.00. To our surprise, the parking lot was full even though it was Friday.

We drove to At-Tuwani, where all the protesters were supposed to meet. The road was open, with no military presence and no military vehicles were seen, neither on Route 60 nor on Route 317.

Until we got to At-Tuwani. There, at the entrance to the road leading up to the village, a military jeep was parked and one of the soldiers ordered us to stop. About five soldiers came out to us with aimed weapons and announced that it was a closed military area. I asked to see the order and also asked them if we were so threatening that they stood in front of us with armed weapons. The answer was that this is how they always stand.

We made a U-turn and reached At-Tuwani through the hills, thanks to the resourcefulness of Muhammad. At Basel's house, we met peace activists who had arrived there the day before. Probably they had anticipated what happened to us and also to others. Some of the people started marching towards the villages of Bir al-Eid and Jinba, which are close to the illegal outpost of Mitzpe Yair. In this area, the IDF had destroyed 19 buildings two days earlier.

The red mark on the map indicates our location and is close to Mitzpe Yair.

We were unable to get close with the vehicle because the settlers had blocked the road and did not allow the vehicles to pass, so we joined the marchers. Suddenly people started running. It turned out that the settlers started throwing stones and then also a smoke grenade and tear gas were thrown.

Now I understand why the photographer is equipped with a gas mask.

The settlers came down to us equipped with batons and pistols but the army prevented them from approaching us. Apparently this behavior was so unusual that one of the settlers turned to an officer on the ground and asked him, "What is happening to you?" The settler was shocked that the army was doing what it was supposed to do. The army behaved in a respectful manner.

In the background is Mitzpe Yair. The settlement was established as a so-called neighborhood of Susiya but is in fact an illegal outpost.

According to the website of the Judea and Samaria Council, Mitzpe Yair is an:

"agricultural community in the southern Hebron Mountains that overlooks the amazing view of the Judean Desert. Technically considered a branch of Susiya, in practice - an independent locality. The Mitzpe Yair neighborhood is suitable for any good person who loves his family, who has a desire to give of himself. A great place in development and growth, and especially to people who love to live in a natural environment and love spaces and landscapes."

On the way back we met passengers from a bus that had come from Tel Aviv and Haifa. At the Meitar checkpoint, they did not let the bus pass and they drove to the checkpoint from Metzadot Yehuda, where it was only possible to cross on foot. The bus was waiting on the Israeli side. Several Druze also arrived on this bus. 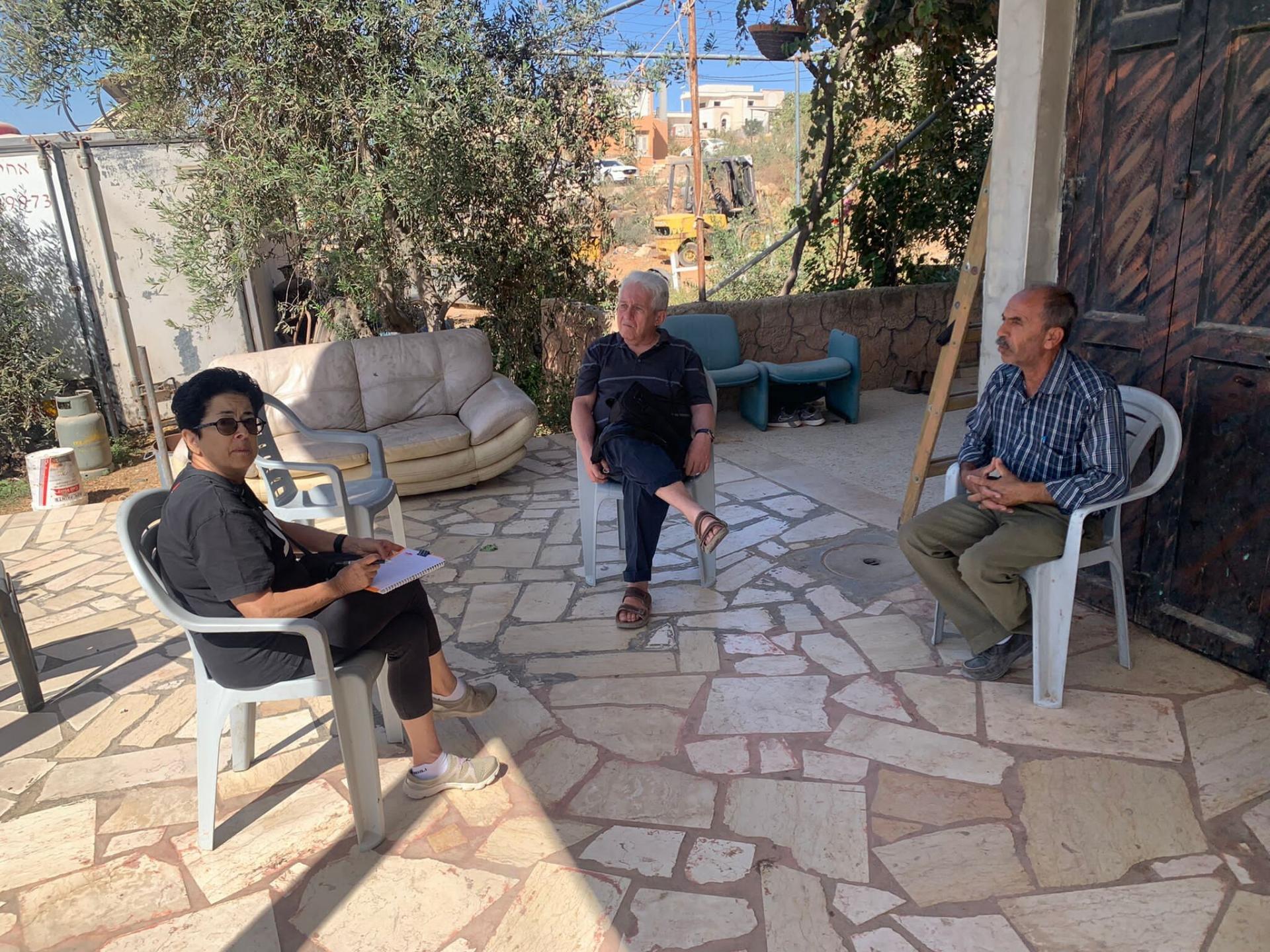