Today we took a new route that passes through Road 60 towards Gush Etzion. We turned off Route 35 toward Halhul-Sa'ir and drove along Route 60.A large number of soldiers are standing on the sides of the roads and at the intersections are soldiers with weapons on hand ... scary. In addition, the pillbox overlooks the traffic, so the feelings of the those travelling the road (like me) are not pleasant.

We passed through Beit Ummar and the refugee camp al-‘Arrub. We turned onto Route 367, which the settlers called "the breach road." The road connects the Ella Valley to Gush Etzion and is 17 km long. We stopped at Etzion DCO, an important landmark for stopping. We met Mahmud Yussef Hassan Jibril who brought his documents to prove that the land is his in order to obtain the necessary documents of ownership.

The villagers received 8 orders to stop building houses in Sha’b al-Butum even though the land belongs to them according to the documents and everyone has come here to submit documents.

One of the women in the waiting room, Nada, came running to me along with her daughter. She has an appointment for a medical examination in Israel and needs a permit. Nada, as well as 5 other men who came, are waiting in the waiting room for someone to see them. In front of my eyes see the red light which tells us that there is no entry. I shout aloud, sorry, sorry, and received no answer. A phone number written on the board to which Nada drew my attention was helpful. I called the number 029703854 and received a speedy answer from a pleasant man named Yoav. I informed him that we were at that moment in the waiting room of the DCO Gush Etzion and that I was waiting together with 6 other people hoping to be taken notice of but most unsuccessfully. We are all waiting for the red light to turn green so that the turnstile will open and the people who have already waited a long time will be allowed in to the offices. At the end of the call and after a minute or two all those waiting entered.

To the attention of the IDF, the number-taking facility is broken and has been so for a very long time. As has the women’s toilet which has been closed for months.

Is there anybody there?’ said the Traveller,

Knocking on the moonlit door;

And his horse in the silence champed the grasses

Of the forest’s ferny floor:

And a bird flew up out of the turret,

Above the Traveller’s head:

And he smote upon the door again a second time;

‘Is there anybody there?’ he said.

But no one descended to the Traveller;

No head from the leaf-fringed sill

Leaned over and looked into his grey eyes,

Where he stood perplexed and still.

But only a host of phantom listeners

the Gush Etzion-Hebron road - which is the main axis of  the southern Hebron Mountains - passes through the boundaries of the village. Many incidents of stone throwing occurred on this section of road. There is a checkpoint at the entrance to the village.

In March 2006, a 25-dunam land seizure order was issued around the settlement for the purpose of establishing a "special security area" (SHBM) and a warning fence around the nearby settlement, Carmei Tzur. In April 2019, 401 dunams of the land of the villages of Beit Omer and Halhul were expropriated for the purpose of paving a road that bypasses the house of Omer to the east.  Demonstrations are held by the villagers against the seizure of land with the participation of Palestinian, Israeli and international activists. 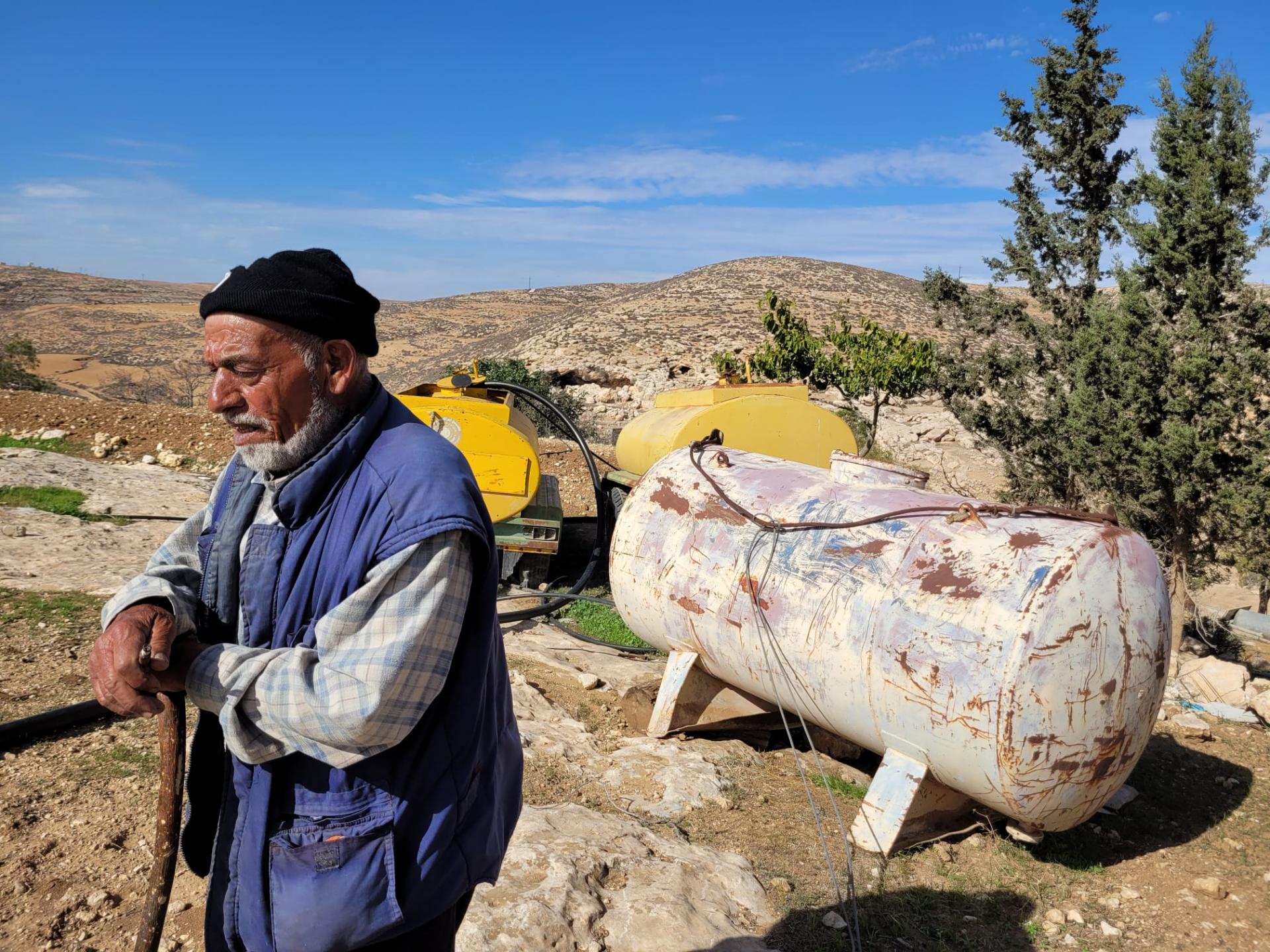