A routine of demolition and despair

7:30 The Bustan neighborhood in Issawiya

We heard in the morning news that today the time limit for self-demolition of the 13 houses due for demolition has expired (out of 70 houses due for evacuation in Silwan - the rest are still in the courts). We drove there. Beneath the tourist complex of the City of David and its settler houses, the residents of this meager and neglected neighborhood are quietly waiting in despair for the impending disaster. When exactly will the bulldozers arrive - today, tomorrow, the day after tomorrow? Still waiting for a miracle or international intervention.

The locals tell us about the discriminatory conduct of the municipality during all the years of struggle to change the plan of turning the place into the "King David's Orchard" National Park, which will also probably be sponsored by the branch of the Elad Association in the City of David. City Hall has always worked by the settlers' demands, headed by Aryeh King, and ignored the Palestinian residents of Jerusalem. Now, with that the deadline's expired, they will have to pay for the demolition by force and find a new place to live, no intention of providing them with alternative housing or helping them find solutions that we know of.

N. has a small clothing store slated for demolition. She returned last week from Istanbul with new merchandise. Her husband was killed in a clash with settlers two years ago and her 16-year-old son was arrested in anti-demolition demonstrations. She lives day by day. Another resident lives in Batan al-Hawa across the road, next to a house whose two upper floors are inhabited by settlers. They want to destroy his house, he says, because he is supposedly obstructing their view of the Old City's walls. He complains about the neglect of roads and the environment, and all the services that the municipality is supposed to provide to Palestinian property tax payers.

Although there is a protest tent in the neighborhood (the morning we arrived it was empty), and activists from Peace Now and Ir Amim are also helping with the demonstrations - the neighborhood is much less publicized than the Sheikh Jarrah neighborhood. One of the reasons is of course the proximity to the city of David, and also the fact that it was a small neighborhood of immigrant Jews from Yemen at the end of the 19th century, established by a Jewish religious charitable trust designed to care for poor immigrants. The Yemenites were evacuated by the British in the early 20th century and alternative housing was found for them, and the trust ceased to operate. A few years ago, it returned to life, when it was taken over by a settlers' association, in cooperation with the Israeli authorities. There was a demand for the evacuation of the area and the houses - some of them are intended for the demolition and construction of a national park, and the part up the hill called Batan al-Hawa is intended for the evacuation and settlement of settlers.

A-Ram - We drove near Mukassed Hospital and high schools. We were happy to see that there were no security forces there.

The Olives Pass (Ras a Sabitan) - 1,800 people passed here this morning (the military policeman at the checkpoint provided the number), is now empty. If you want to see and hear you have to come between five and seven am. A few minutes after we arrived, cute kids that we know showed up, selling us sweet sage tea and a Za'atar pita that Mom had made.

Shuafat Refugee Camp checkpoint - We were greeted by a traffic jam from the exit to Jerusalem into the neighborhood. It turns out that the traffic light at the junction of the exit to Jerusalem and Hizma - is broken, and it happens a lot according to the people. The checkpoint soldiers shared information and said that a few minutes ago they sent a Border Police officer to the intersection with a license to direct traffic. So we walked along the traffic jam and reported. Many have already guessed that once again the problem is the traffic light. And this is the second problem: why not take care of repairing the recurring fault thoroughly?

Anatot Junction - now a bit busy, but the driver says that there are a lot of traffic jams at the junction when people return from work from the direction of Jerusalem. Sometimes the apartheid road is closed to Israelis. It is clear that the Anata-Issawiya checkpoint is a checkpoint funded by the Anatot settlers, and security personnel on their behalf are manning it with the addition of one or two soldiers.

Sheikh Jarrah - We just passed to see if young people (including pizza couriers) were still being stopped on the main Nablus road out between its eastern and western parts. We were happy to see that there are no Border Police on the road, but the neighborhood blockades from all directions exist. Two days later, our driver informed us that the blockades had been removed. Natanya reports that the police brutality in the Friday-Saturday protests has not abated.  The settlers on their part come out just about every evening to embitter the lives of the Palestinian residents. The Supreme Court's ruling on the eviction was postponed until the beginning of August. 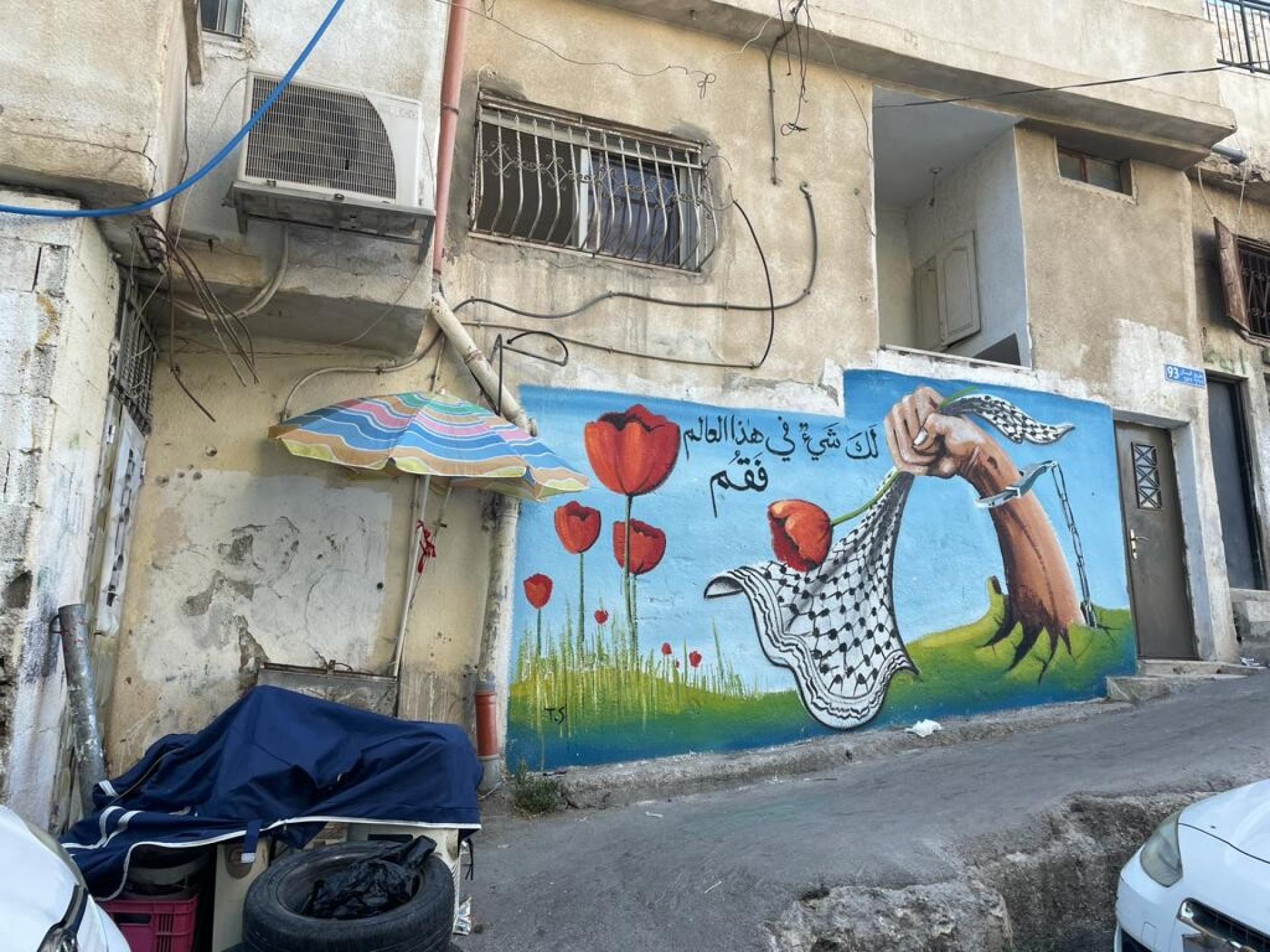