Drivers at Barta'a checkpoint: There's no work, everyone's got a car | Machsomwatch
Skip to main content
Back to reports search page

Drivers at Barta'a checkpoint: There's no work, everyone's got a car 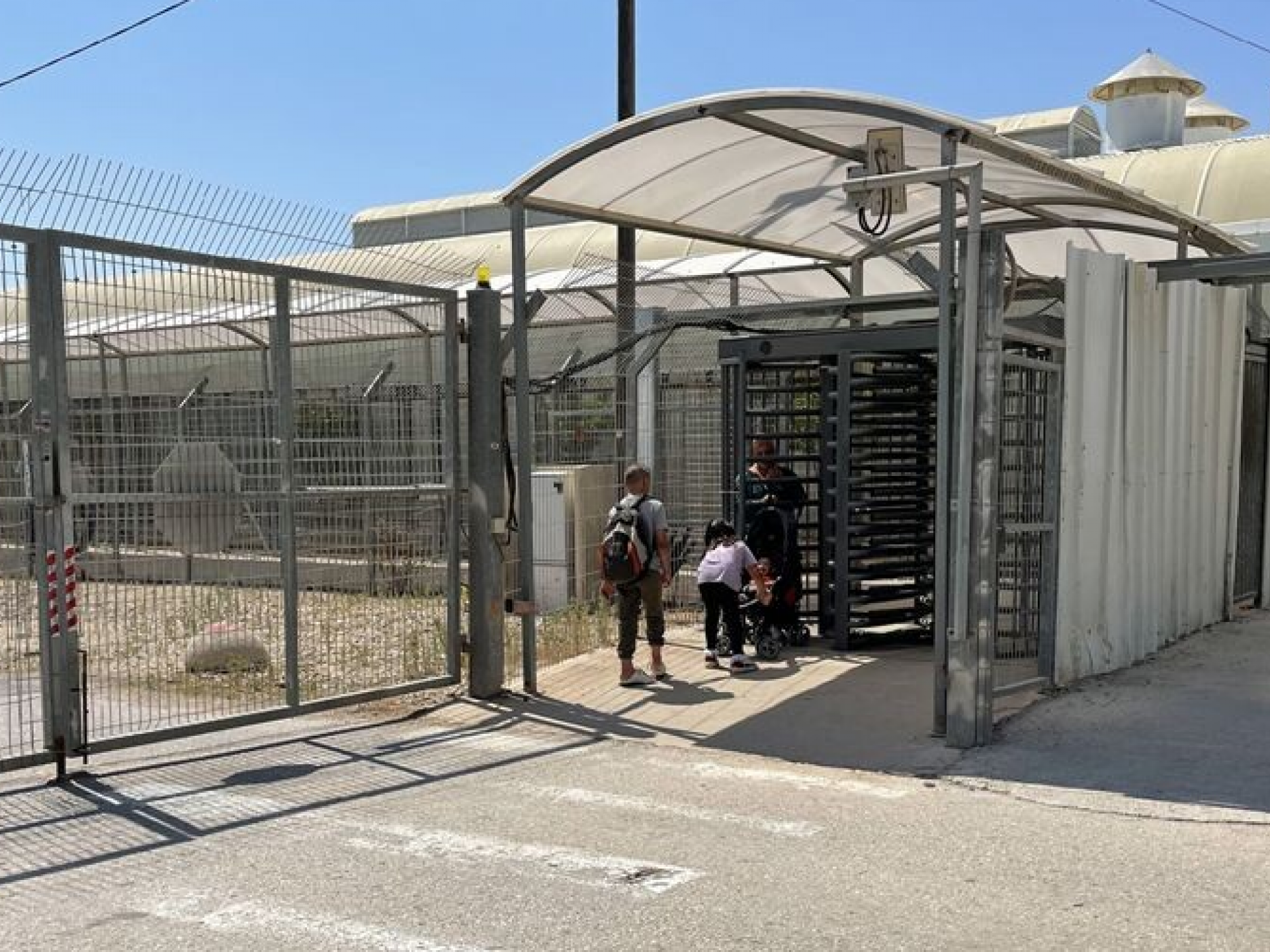 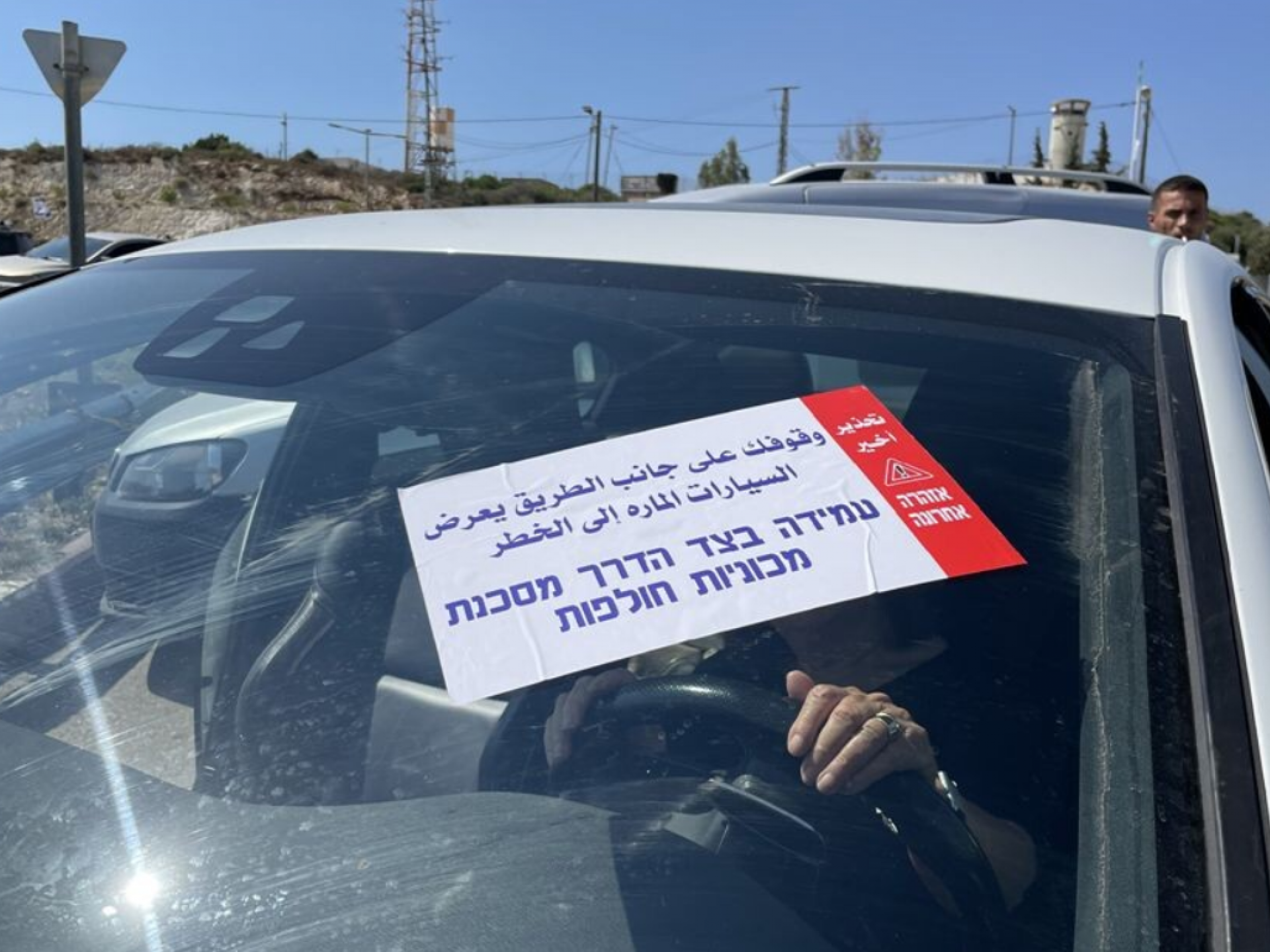 At the Barta'a-Rihan checkpoint, the law is being observed 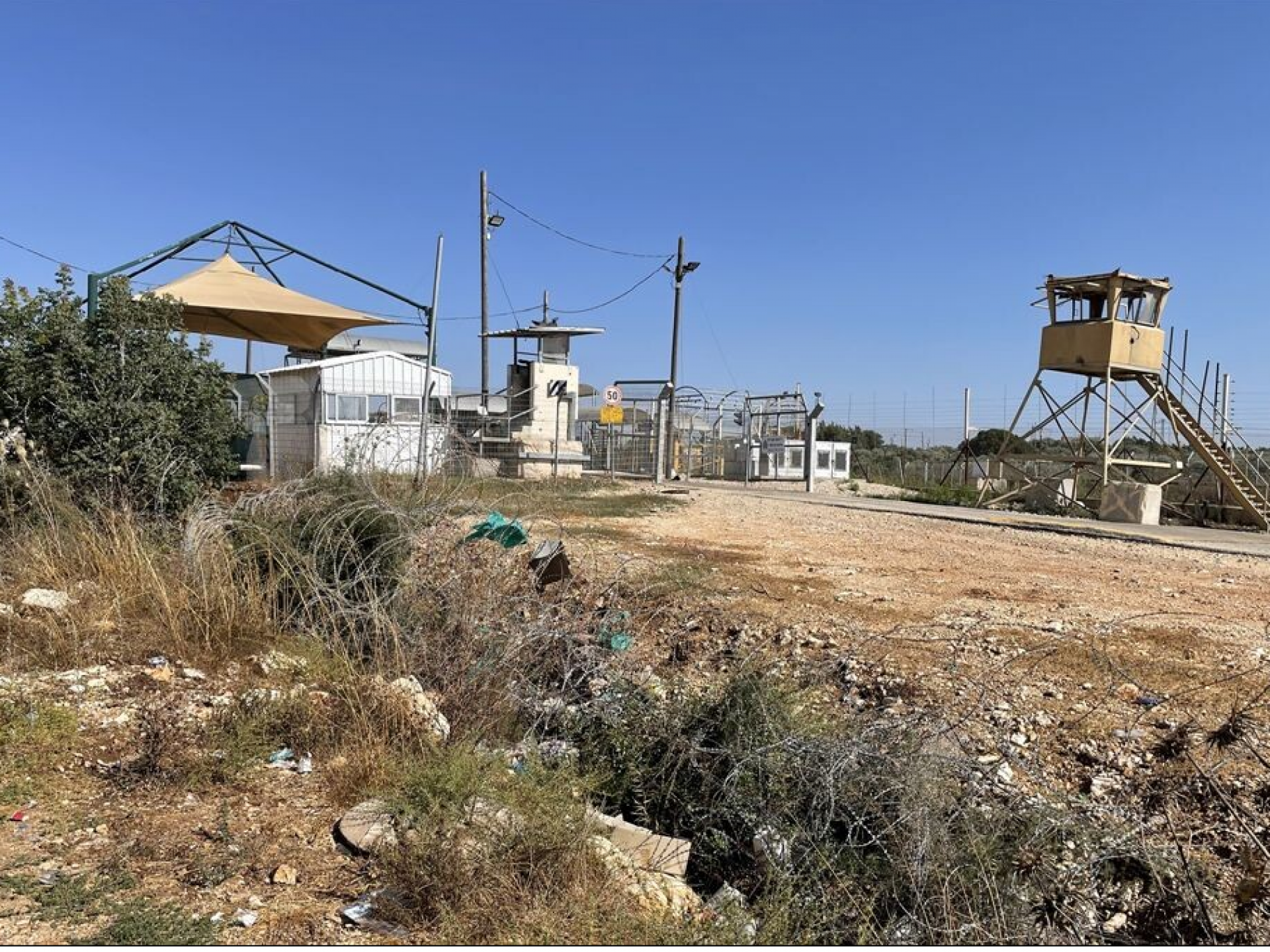 In the long sleeve

that leads down to the terminal on the way to the West Bank, we note a woman with a baby

carriage.  We wonder how she will succeed in passing through three short-armed turnstiles that await her. We hurried to the second, Palestinian passage, and discovered that she has a daughter, about eight years old who, resourcefully, helps her to cross between the turnstiles.

The truck parking lot is full of trucks waiting for inspection.  Among them are especially large ones, like those that generally cross at Jalama Checkpoint.

We park on the road, directly next to the full parking lot, and walk to visit with the drivers who are waiting for passengers.  “Everyone today has a car,” they say.  A new water station was installed in memory of Haulla, along with a verse from the Koran.

For about 45 minutes, we tried to scratch off a large sign, “Last Warning,” that was pasted on the windshield of Rachel’s car, on purpose, on the driver’s side, because she parked outside the parking lot. We received help from a passerby. .

Just as in Tura Checkpoint, here also, close to the Checkpoint, there is a slowly developing garbage heap.  A garbage cart is banged up, and it appears that it has not been moved from its place for a long time. Vigilant traffic is conducted on the road by skipping over all sorts of pits, but with no delay.  A soldier watches us from up in his pillbox: “It is dangerous here,” he shouts to us.

On our way to Tura Checkpoint, we pass Barta’a Checkpoint again.  At the exit, next to the shed, stands Ron, the veteran assistant director, always ready to exchange a few words. Along with him are two others, inspecting what looks like maps.  We are interested to know what else is planned for this checkpoint, but we receive only a smile, and no answer.

Two women cross via the additional sleeve to the Seamline Zone, each one separately, via cars that arrive from the West Bank.  Three workers return to the West Bank from work in Daher al Malec.  The voice of the muezzin from the mosque in Tura is heard throughout the Seamline Zone.  Among the piles of garbage, wildflowers are growing next to the well cared-for and blooming tobacco field.  And the mynah birds are screeching from above over everything.

On the road from Barta'a to the West Bank.