Northern checkpoints: Palestinians pass freely through loopholes in the fence to get to work in Israel | Machsomwatch
Skip to main content
Back to reports search page

Northern checkpoints: Palestinians pass freely through loopholes in the fence to get to work in Israel 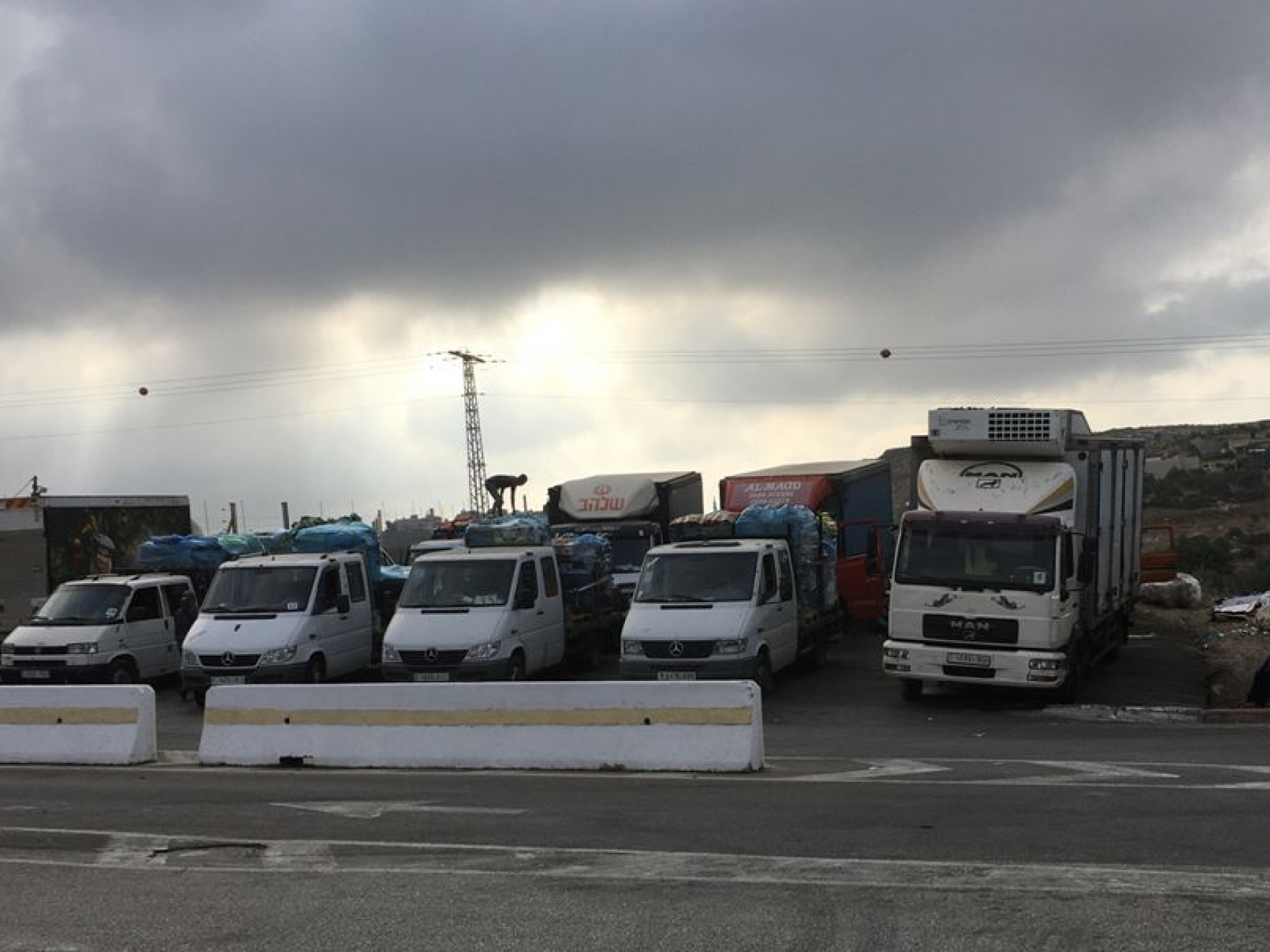 Barta'a checkpoint: Trucks with goods from the West Bank are awaiting inspection 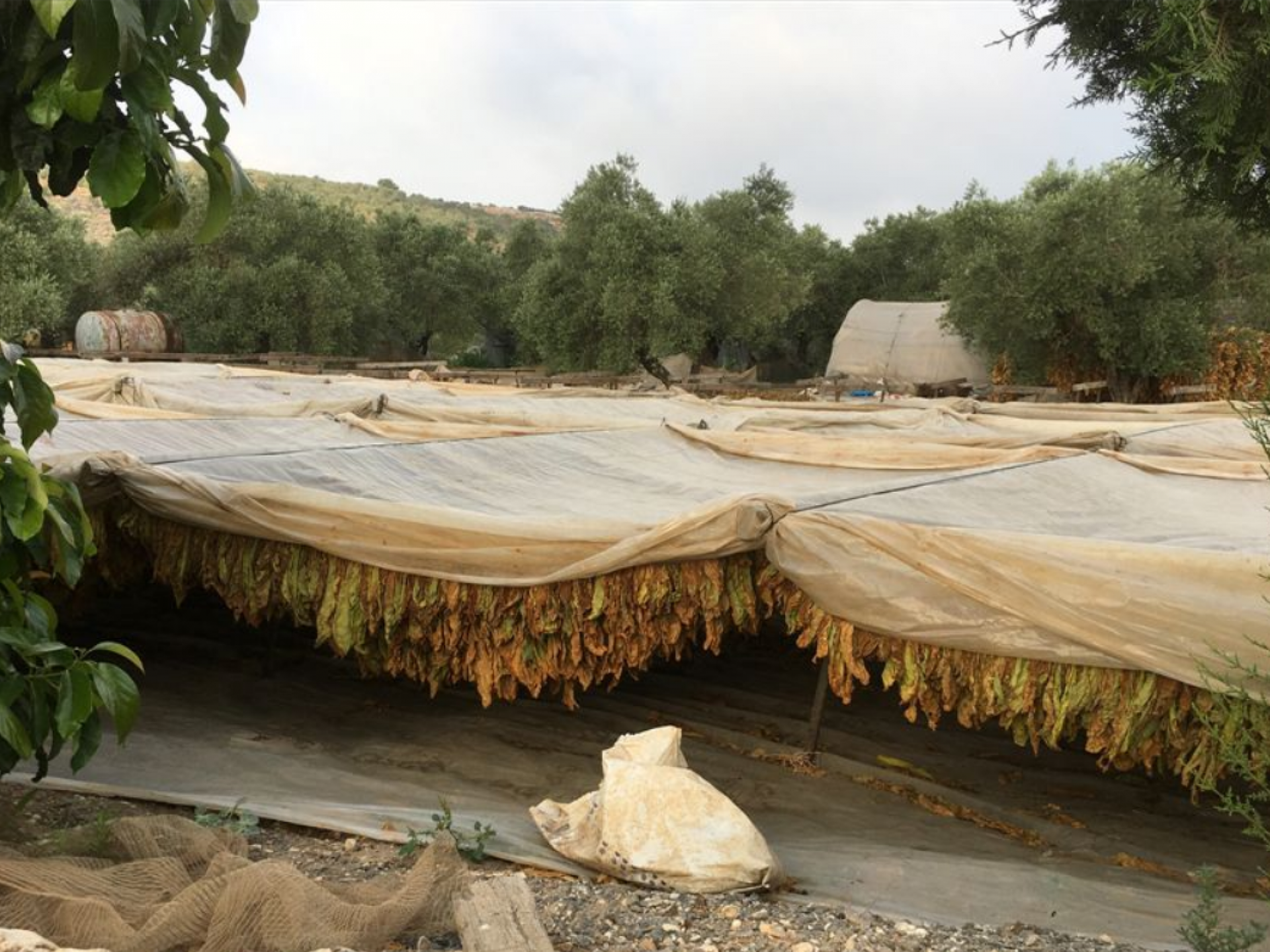 At around 06:30, on the road between Harish and Barta’a Checkpoint, we saw a lot of workers who came in the direction of the West from the West Bank, and who crossed the separation fence through large gaps. We would never have foreseen such a phenomenon. They explained to us that at the Barta’a Checkpoint, they allow passage only to the Seamline zone, and forbid crossing into Israel, because of the recent Corona outbreak.  But the fence is open, and the workers in Harish pass through to work without bother.  The army knows.

We didn’t photograph this, so as not to embarrass them.

We crossed Barta’a Checkpoint.  At the automobile inspection, there were a number of parked vehicles and a security guard with a dog.  Above the sleeve

that was lately extended, (the enclosed passage from the parking lot to the terminal), many men and women passed through.

The checkpoint is not staffed with soldiers and cars that approach from Jenin, take advantage of the opportunity to by-pass the large cement blocks in the side dirt road.

A tender driver who arrives from the direction of Ya’bed, says that he works for a black man, a landowner, at the bottom of Mevo Dotan.  A car from Mevo Dotan suddenly stops next to us, diagonally in the middle of the road. The female driver, after she heard we were all right and were only observing the checkpoint, asked angrily if we saw how stones were thrown at her in road.  Happily, we did not see.  She then yelled at us that she and her family only do good for “them”:  her granddaughter employs 300 (!) Palestinians.

On the way back to Barta’a Checkpoint, we again visited the tobacco fields and we saw the drying leaves.  This time we met workers that loaded bundles of tobacco, which they transfer on the shortcut to Ya’bed.  For every package of 20 cigarettes, the grower/producer of the cigarettes, gets NIS 4.   At Barta’a Checkpoint, they are sold for NIS 5.

The truck parking lot is full, and the garbage spills over from the container.  The security guard approaches us and instructs us not to photograph.  We convince him that they are just artistic photos; we don’t see anything secret; he is placated with our answer.  He says the garbage is “theirs”.  He is not responsible for the small heap of garbage that grows beyond the gate.  The division of land really occurs before our eyes. We crossed the loaded parking lot.  Five people ask for our help in getting permits.  A couple that arrived with a baby

, appear in the end of the sleeve from the second passageway of the checkpoint.  The sleeve, is very long, and someone joked that in another four meters, “they would already arrive at Barta’a!” He checked and found that the sleeve is 380 meters (including the new addition of 150 meters) and it was all uphill.  According to him, that makes it difficult for older people and women. In truth, a man who was somewhat older, panted, saying he is dying to arrive in a car and then he cursed Israel in Arabic.

Again, sacks of garbage from the army were strewn around the area.  Polite soldiers send a driver on his way with these warm words:  “Have a good day,” and a soldier who passed next to us in a car, stopped and told us, “Take care of yourselves.”