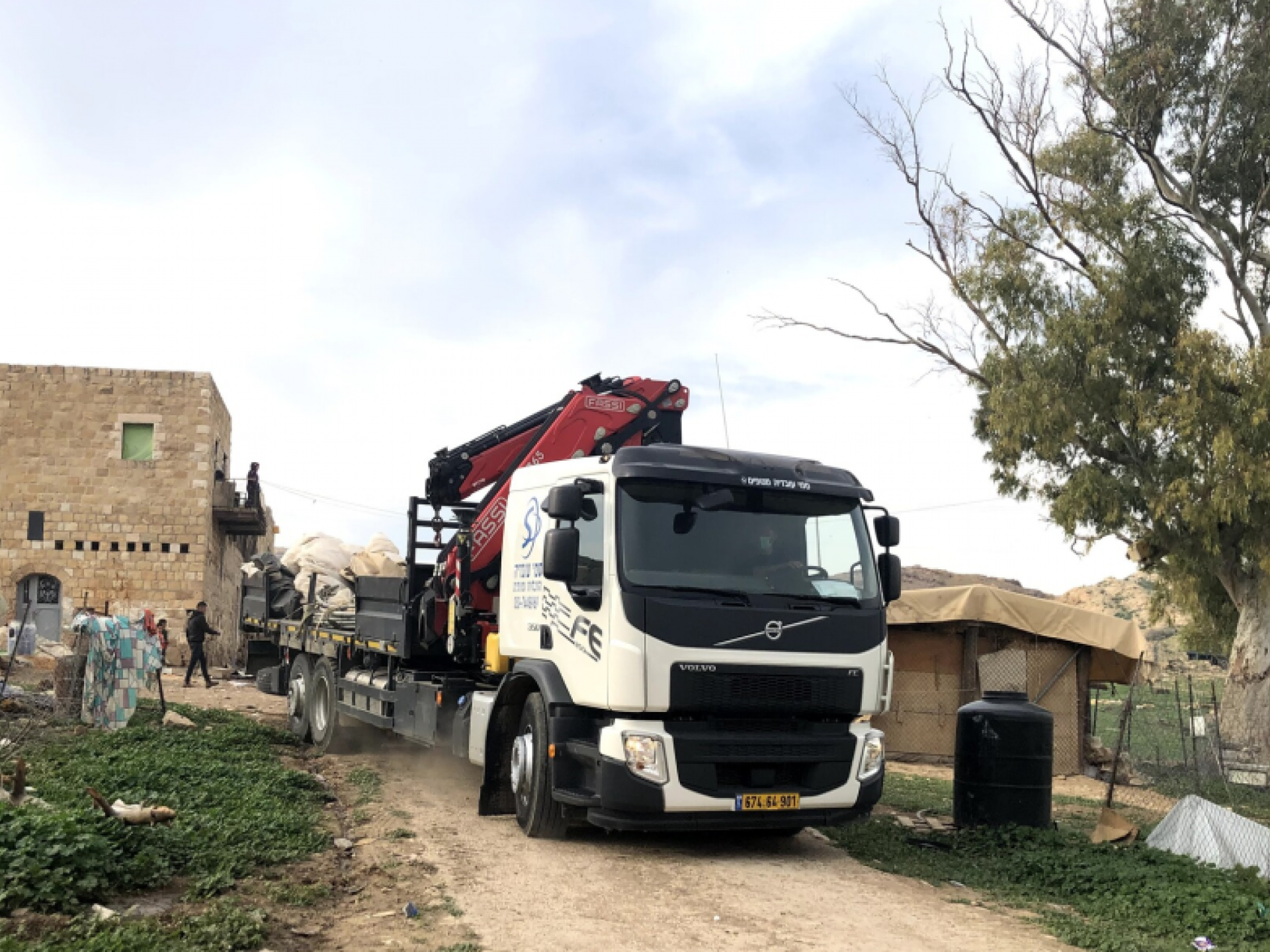 Hammam al-Malih: The army destroys and takes the sheep sheds

Photographer:
Rachel Afek
A large truck for clearing the sheep sheds in the al-Maliham hammam 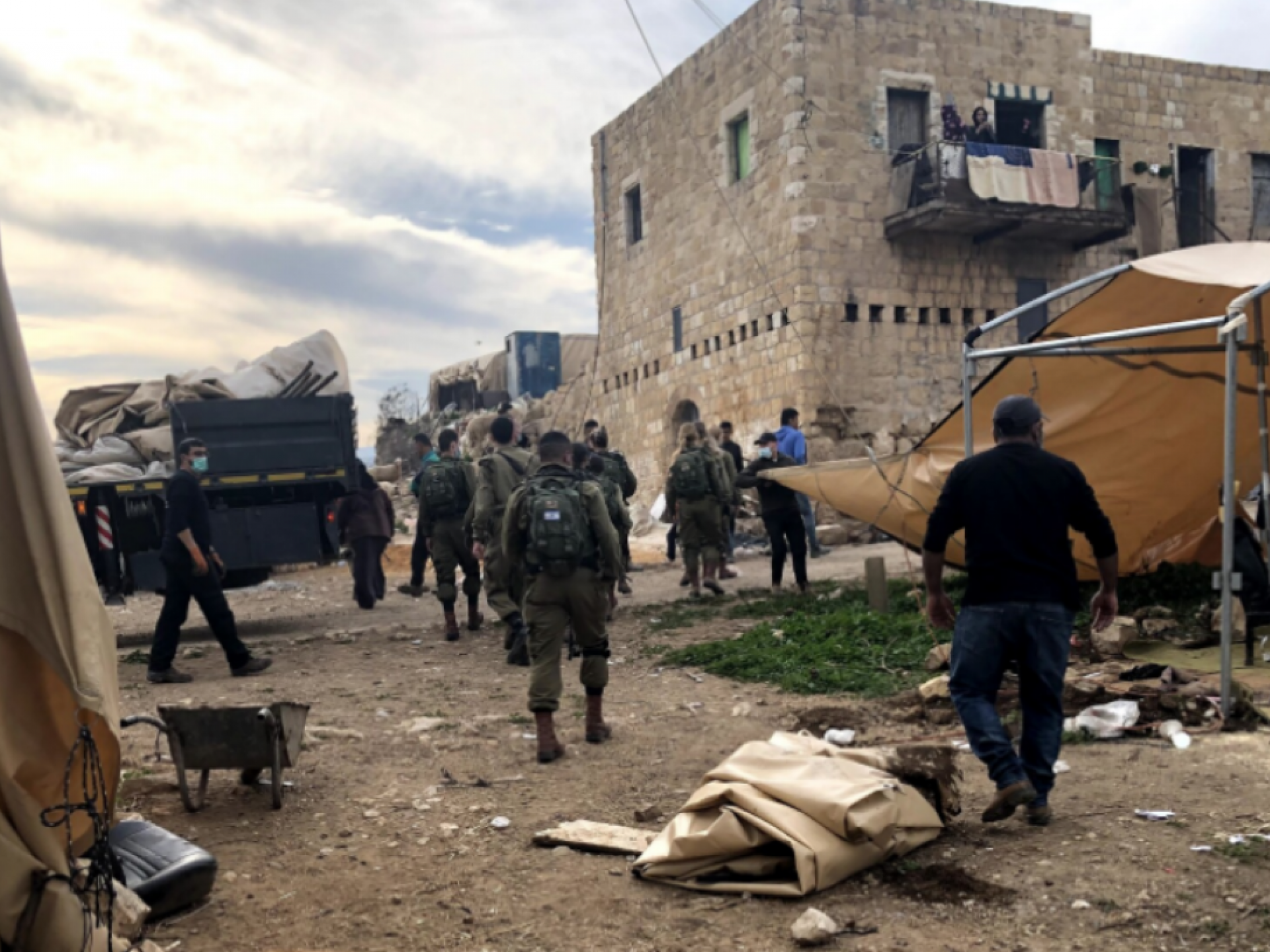 Hammam al-Malih, looting in broad daylight: According to Israeli "law", sheep sheds are not allowed

Photographer:
Rachel Afek
A group of robbers dismantle and take the sheep's shed according to "law" 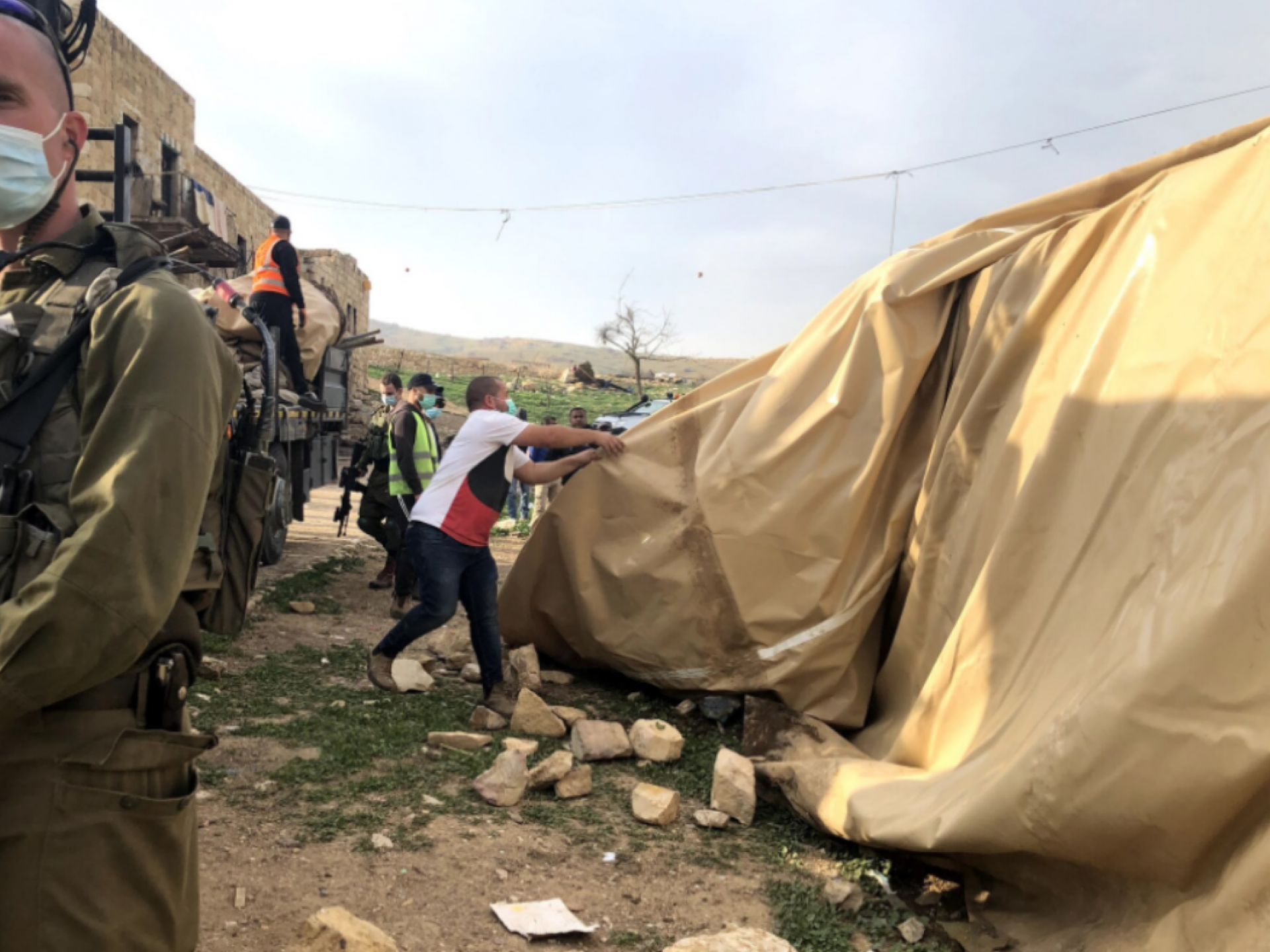 Hamam al-Malih: Collaborators are helping the army to confiscate the cover for a sheep shed

Photographer:
Rachel Afek
Collaborators disassemble and take the cover over the sheep shed

A bunch of licensed thieves – from the rank of major and below - followed by a group of paid collaborators, accompanied by fancy vehicles, a bulldozer, and other instruments of destruction - are stealing in broad daylight the meager possessions of the poorest of the poor one could imagine, in the most beaten-up area one could find, on a bright winter day, Tuesday (twice good, according to Jewish tradition). They are backed up by the ‘strongest army in the world’ and the laws of the ‘most democratic state in the Middle East.' They got up that morning for another day of work. Until the day is over, they will have finished carrying out the most shameful work one could imagine, and nothing will show in their faces.

What did concern the major was that the strange people facing him would not disrupt the work. He went from family to family making sure they empty their sheep pens and leave then spick and span. That they neatly fold their tarpaulins and carry them all over to the huge truck waiting by the side, and then take apart the metal rods that held the tarpaulins in place and carry those too to the truck. He went quietly from tent to tent with his bunch of collaborators, while the eyes of the locals followed him, and he did not pause for a second.

He stood with his back to the looting, with his weapon, asking me gently for my ID and examining it as if there was anything there to examine. H gave it back and said “don’t keep us from doing our job”, and I say I wish I could keep him from doing his ‘job.' From family to family, they took down, folded, destroyed, leaving the area clean so that when the goats returned from grazing, they would not understand why their shelter has disappeared. They will not know that the strongest army in the Middle East has made its initial rounds. Tomorrow or the day after the major will return to do the same for the owners of the goats. He will come and take down their tents and fold them as though this is his mother’s laundry, this good boy.

And this dirty work is taking place in a vacuum. No one will hear about in Balfour (Israel’s Prime Ministerial residence) and at Balfour, votes will be counted and calculated to figure out how this glorious deed has contributed to their chances of getting elected, without shedding a drop of sweat.

The bunch of thieves headed by the major will leave in a fancy convoy and go eastward down the road. The sun has not yet set; they will turn right and enter yet another community, and choose another tent at random from the scattered dwellings there, and show the locals how the work is done. They bring Israeli Arabs with them, paid to remove the stones from the tents’ rims, fold the covers and put them in the truck, take apart the metal frame and place everything there in perfect order. And, facing the thieves, are men and women and children, staring at them with wide-open eyes and whispering “Allah hu akbar!” (God is great) and tomorrow they will put up the pen anew and the day after the thieves will demolish everything and they will build and everything will be demolished again. 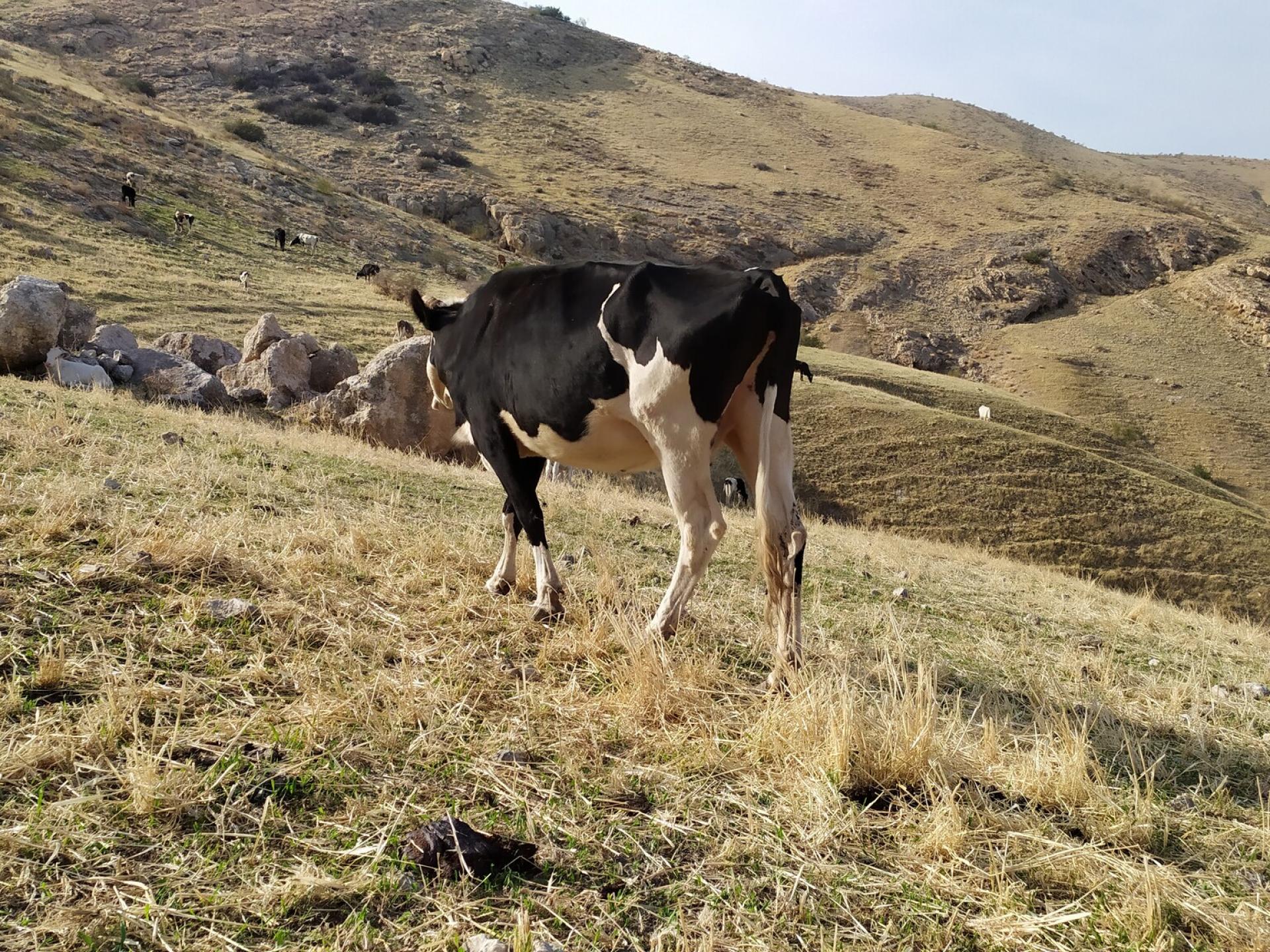 Hamra area: This cow (pregnant) has been hit by these, does not eat and drinks for a day