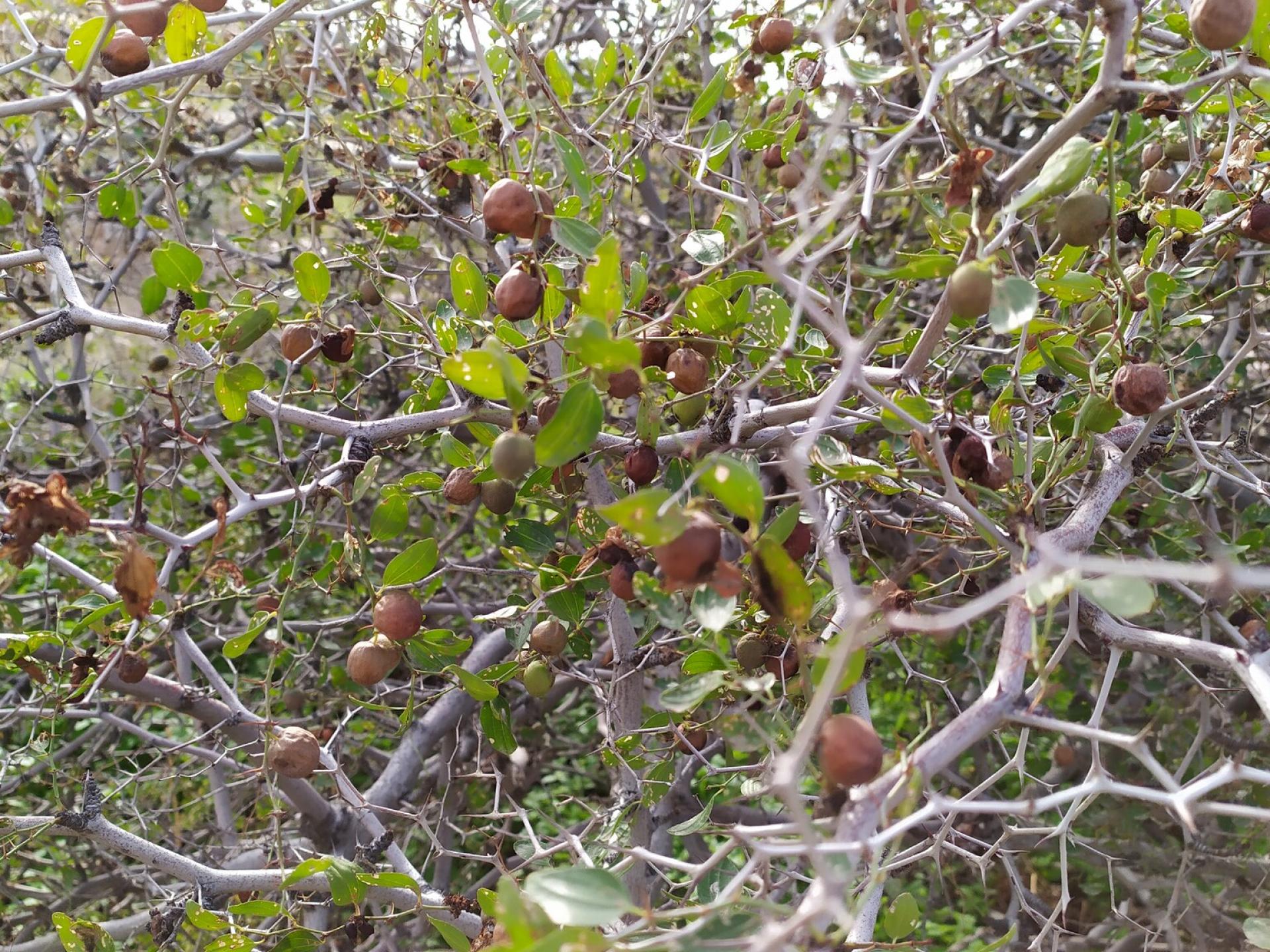 The common jujube tree in the Jordan Valley 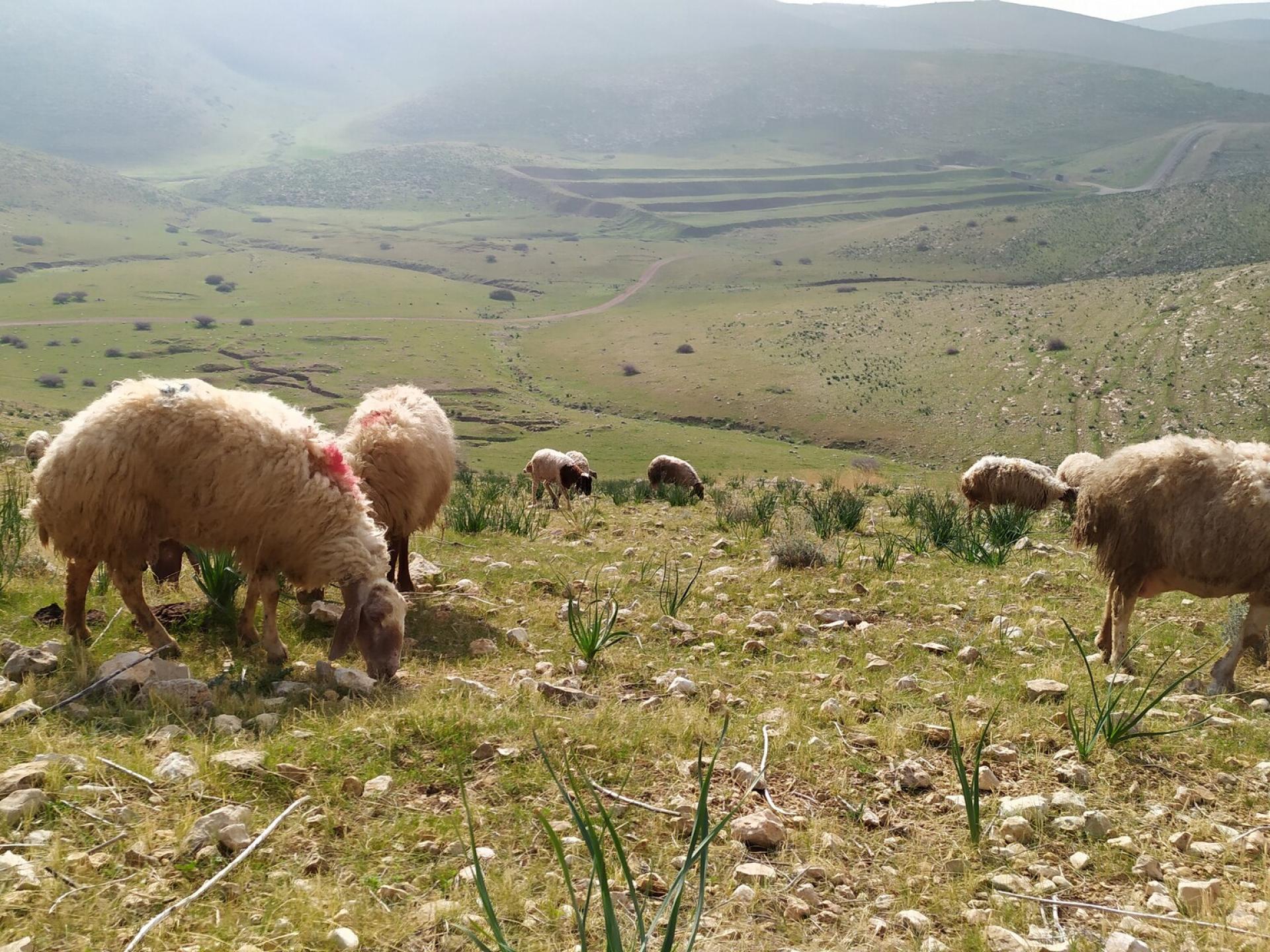 Sheep in the Jordan Valley

This was an unofficial shift, since we did not sign up, and yet Gil worked to install tarpaulin roofing for one of the livestock enclosures so there we were, two shepherdesses and an escort with the flock. The girls are young and instruct each other and me as to when to stop, continue, block ...

The flock runs from one sparse growth to another and after two hours or so they start running back to the pen, stopping at the dried and delicious fruit of the jujube bush (photo) eating plenty while being stuck with thorns aplenty.

The conversation with the young women turns to discussing the difference in independence between young married/unmarried women, while considering also the condition of the parents' consent to this or that activity, and the condition of the male spouse and his perception of his spouse's status. "Within two months she's dedicated to working in her spouse's household" ...  It all depends on him. We are using images and metaphors of men's perception of their preferred status .....

I remind them that the women who come to their environment, whom they perceive as very independent, may be in part captive to male perceptions or completely subordinate to their spouses.

How amazing to imagine  the external image being internalized ..... the talk between us refers to universality and locality and how we are not as different from each other as one might think.  So there you go, shepherdess-shepherd accompaniment is not only an act of accompaniment. We will  expand on this issue later.

We continued on to more missions north of there. We visit, among others, A. Who was beaten last Saturday with his shepherding colleagues by the Rancher and his violent friends. As we recall, they were beaten, handcuffed, humiliated, the mobiles were smashed, and yet, hopefully, a thing or two of the photos that were extracted will help tell what really happened.

We sit with his wife, his children and his mother.

Many visitors come to support and empower him.