No such thing – Israel. Only Palestine | Machsomwatch
Skip to main content
Back to reports search page

No such thing – Israel. Only Palestine 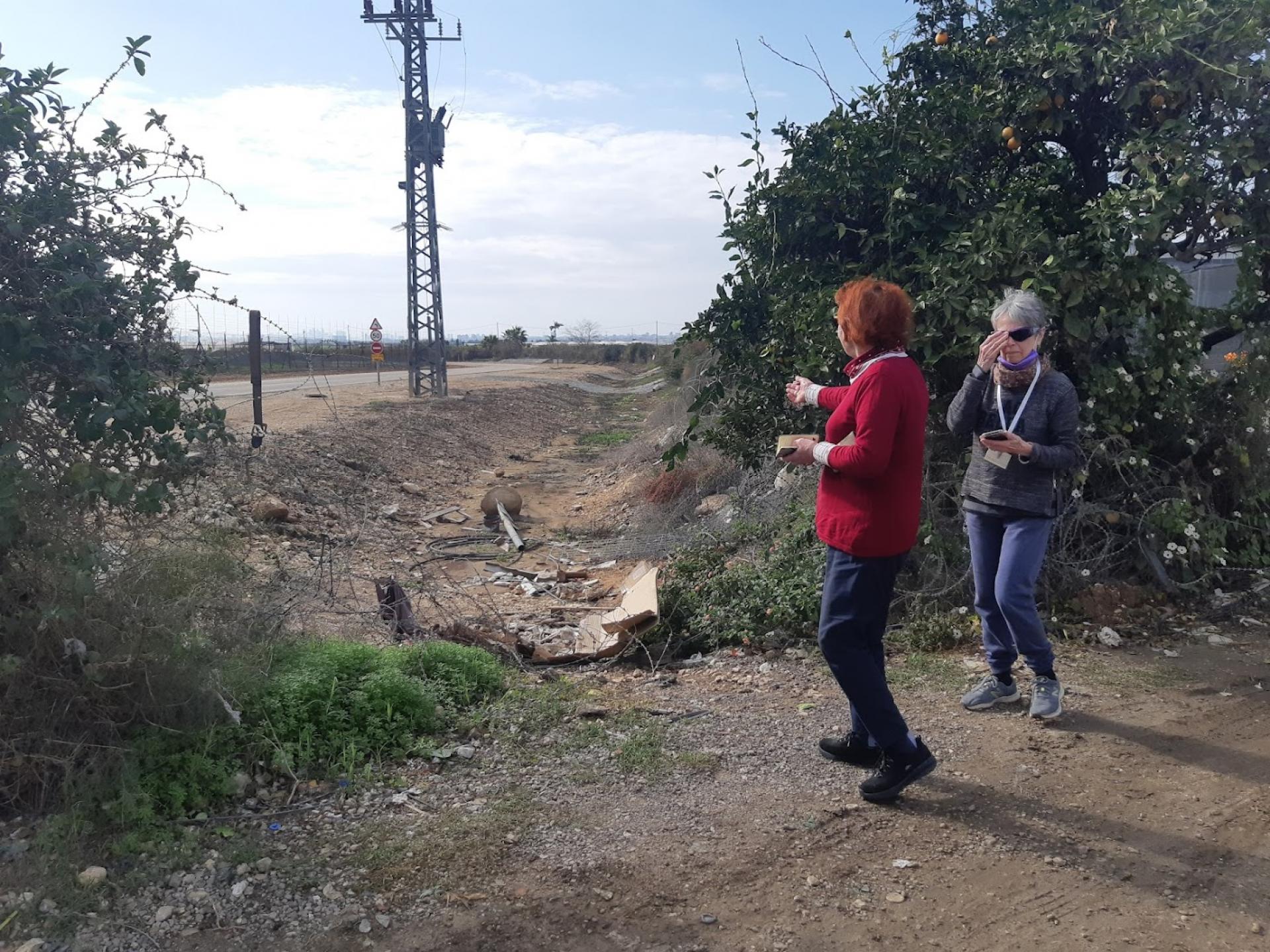 : A breach in the fence inside Habla checkpoint ... 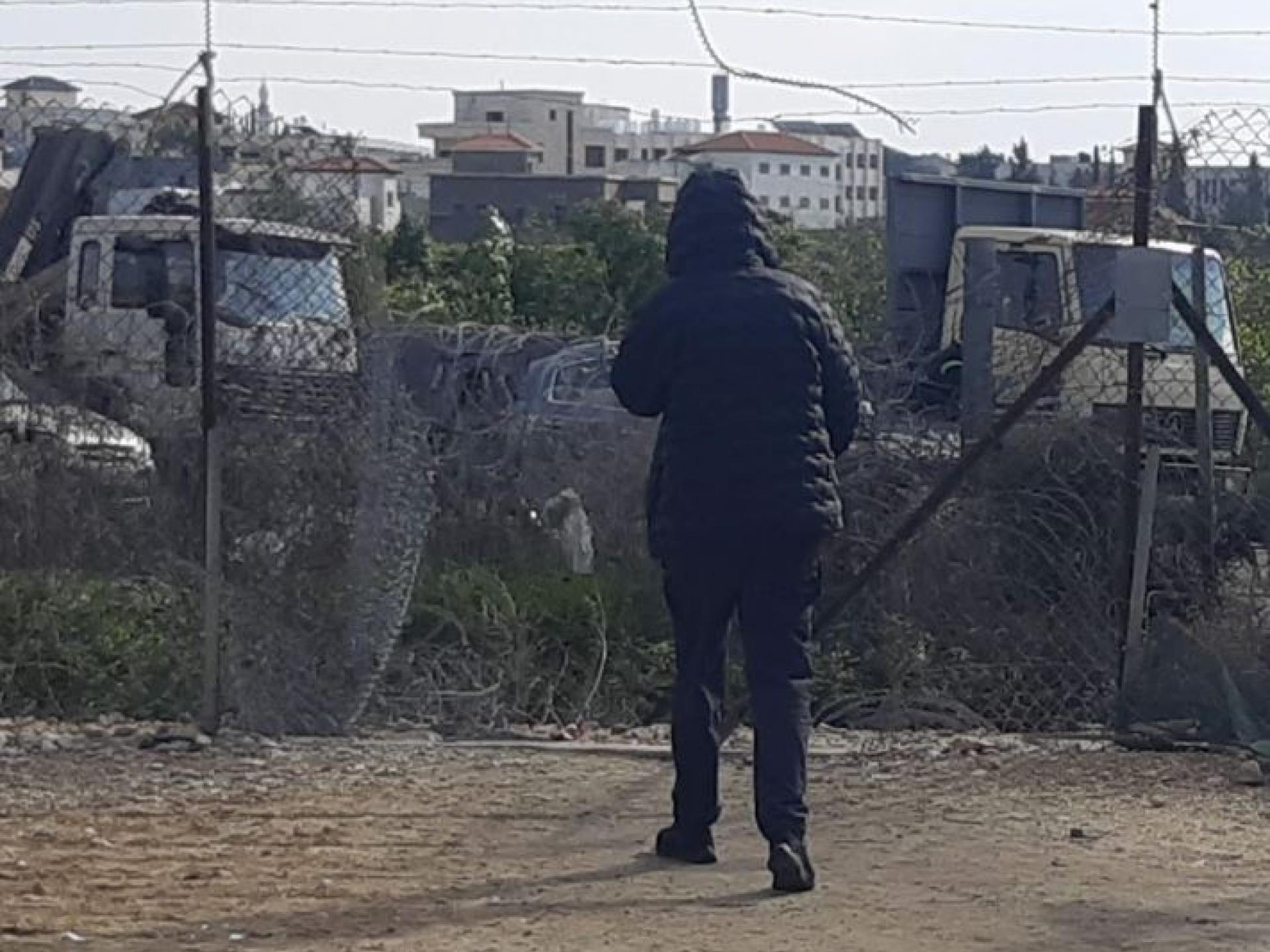 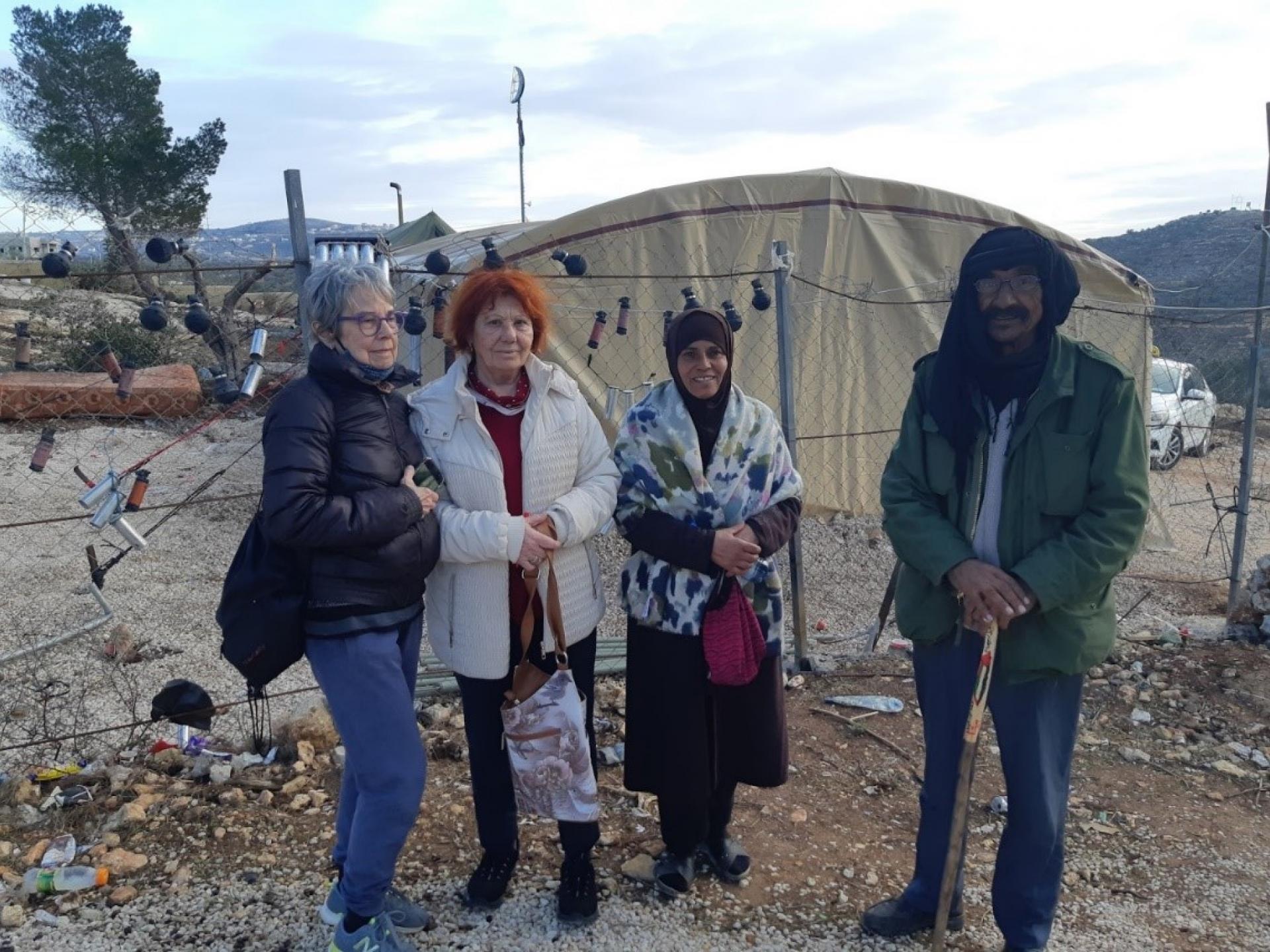 Beta: against the background of the protest tent

The pedestrian gate from the northern side of the nurseries was open; on the southern side, leading to Habla, the fence is breached and people get through unhampered, for the soldiers are not there yet. The gate for vehicles was closed, and from it towards Habla dragged a long line of cars waiting for the gates

to be opened on both sides of the checkpoint.

The inspection booth was empty.

13:40 The DCO vehicle arrived, as well as 2 soldiers in another vehicle, and they opened the gates. The DCO left, and a woman-soldier stood in the inspection booth and checked documents. Two young men who held a permit for the Eliyahu Checkpoint were not allowed to cross here.

14:30 The Huwwara and Beit Furiq Checkpoint were unmanned.

On our way to the protest tent, we entered Bourin village and picked up our friend Doha, who always comes with us. On our way to her home several small children saw us in the cab, and began to chase us, yelling Ajnabiin (foreigners). We parked and they surrounded the cab, curious. Shuli went out to speak with them. Where are you from? They asked. From Israel. They yelled in alarm: “There’s no such thing, Israel. Only Palestine!”

A local man accompanied us. His son was wounded in the eye from soldiers’ bullets during a protest demonstration against Evyatar settler-colonist outpost. Some of the olive groves on the slopes of Sabih Mountain below Evyatyar belong to him, and this year he was naturally not allowed to approach them and harvest the olives.

The dirt tracks in Beita leading to the protest tent on the hilltop opposite Sabih Mountain have been re-plowed by the Israeli army, in order to prevent ambulances from evacuating the wounded. This happened after the locals straightened and repaired the tracks after the disruptions of the previous Friday. The protest tent, demolished by the army, was also replaced by 3 new tents erected by the villagers. These ‘games’ add security to the State of Israel, and if one is attentive one can realize that the next Intifada (uprising) is already on its way…

The ground on which Evyatar was erected belongs to the villages of Beita and Yatma. Young villagers from these villages sit in the protest tent during weekdays, guarding the place. On Fridays, they are joined by masses of people from all the neighboring villages. And the clashes with the Israeli army do not tarry. On Friday, December 24, during the weekly protest, 54 villagers were hurt, some by fire directed at their legs, others in the eyes. Since May 2021, 700 people have been wounded, 5 persons killed.

As we sit and observe Evyatar with the young men, a Beita villager arrived – S-H, a bereaved father whose 16-year-old son was killed by the soldiers’ direct fire. The bullet shot at him at a range of about 26 meters hit his chest and the boy was instantly dead. We were told of another child killed by a direct bullet at his forehead.

S. spoke heatedly, angrily. He said they want only peace, they are not interested in clashes, but will not give up their stolen fields and olive groves under any circumstances. Next to us stood a 10-year-old boy, practicing hurling stones at great distances with a slingshot, perhaps preparing for tomorrow’s clash with the Israeli soldiers.

I spoke with the local mayor Moussa Hmayal, who told me that on Friday, January 1, 2022 (a day after our vigil), again a violent clash with the army occurred. Two villagers were seriously injured in the legs.
Leaving at 16:45, on the uphill track towards the protest tent, we saw a jeep with armed soldiers standing by it, their weapons drawn. Later we saw soldiers stopping a Palestinian vehicle, and another two manned posts.

Yesterday I called Doha, our friend from Bourin. She broke out weeping bitterly, and said that on Friday, Yitzhar settler-colonists cut down olive trees in her own grove, not for the first time, and apparently not for the last time either.

Beta is a town of 12,000 people, high unemployment rate. Many work in Israel, others in agriculture. Neat ornamental system. Unemployment is high. Young people, even the educated, are forced to look for work in Israel. Medical services are available once a week.
Settlers from Yitzhar and Itamar harass residents frequently and prevent them from cultivating their fields: Permits are required from the DCO to go to work.