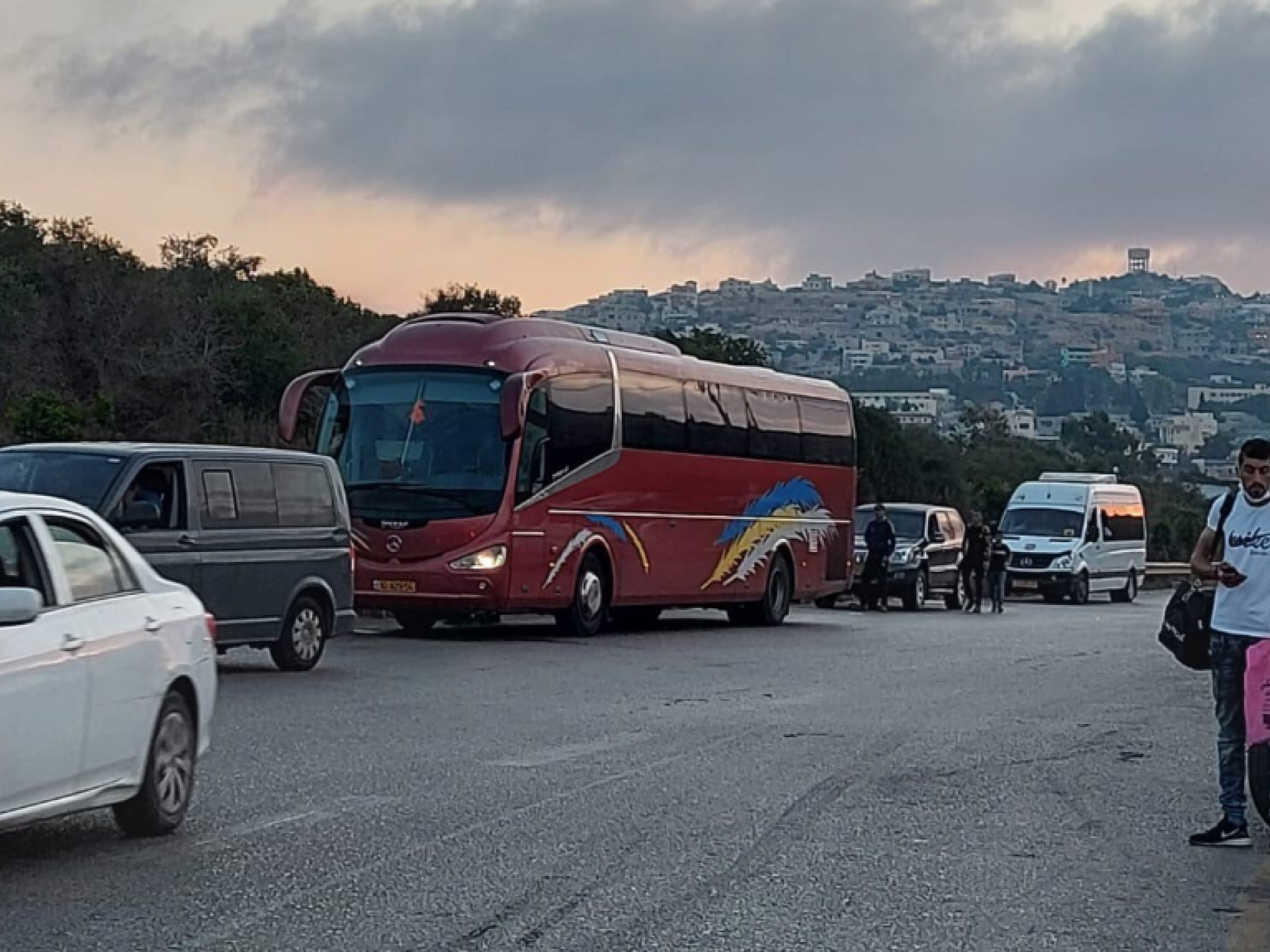 Barta'a Junction: Due to the free passage through the separation fence, an unofficial shuttle depo grew here. 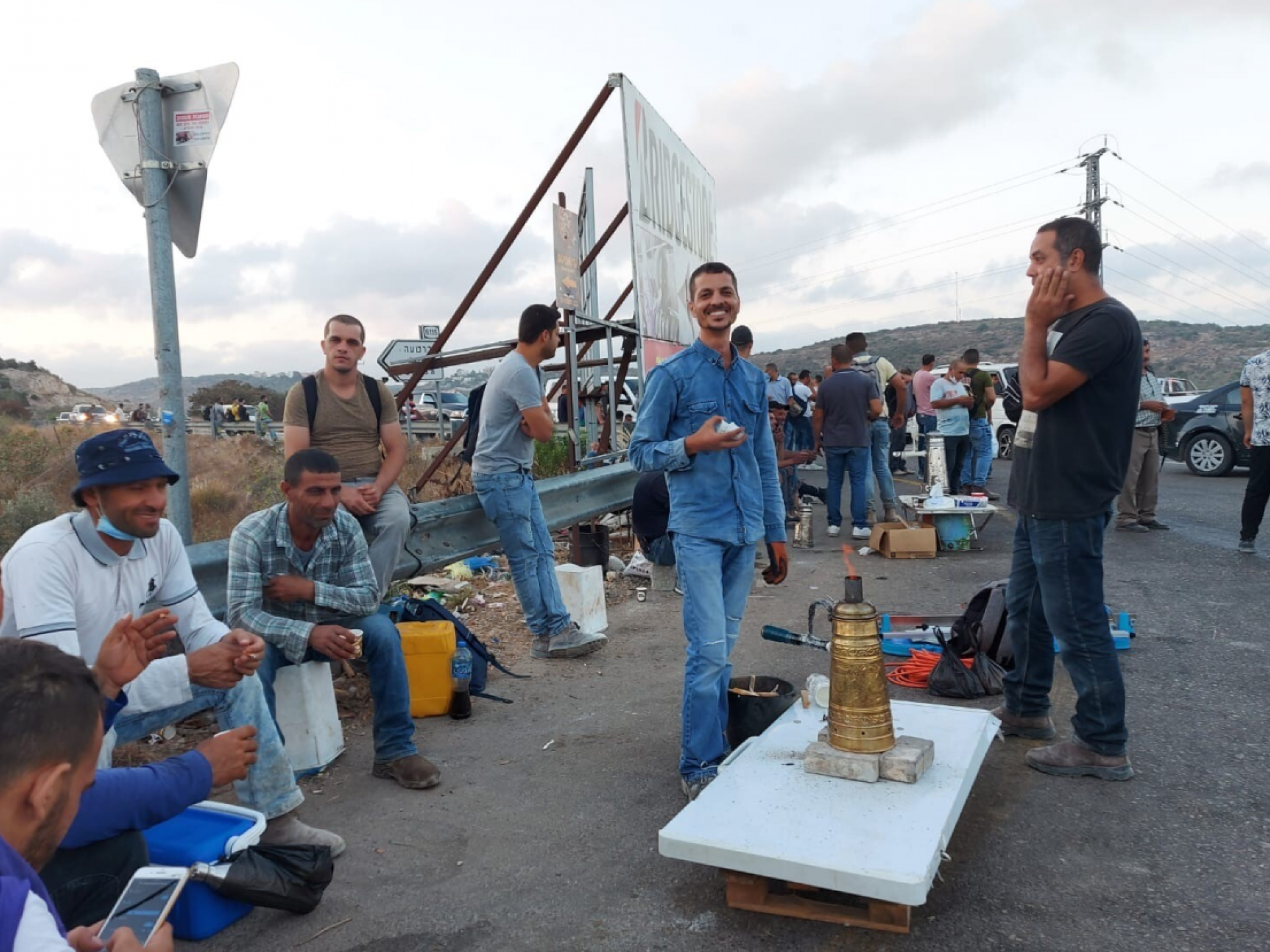 East Bartaa Junction: A small coffee stabd on the way to work in Israel. Do you see masks? 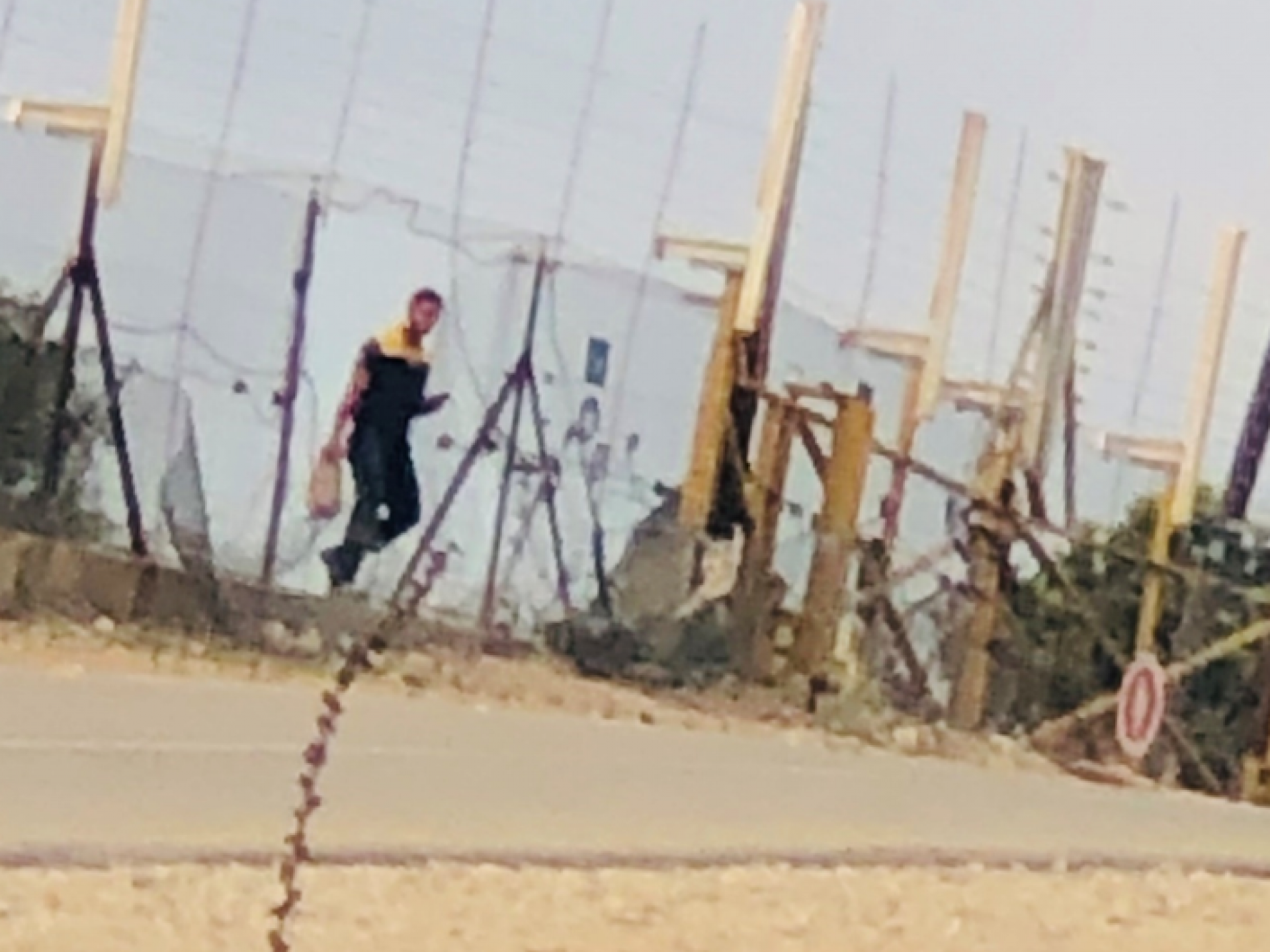 Opposite the junction of eastern Barta'a: the gate is locked, a gap next to it is open

Barta’a Checkpoint: “If you don’t have a permit for the baby

, go cross through a hole in the fence.”  (Soldier to Palestinian)

On our way to the checkpoints our driver told us that last week during the Muslim festival of Eid al Adha many Palestinian families crossed through holes in the fence and went to the beach in Haifa. He had driven a couple who had a permit, but not one for their baby yet.  A soldier at Barta’a – Reihan checkpoint directed them to a hole in the fence.

The junction has become a major stopping point and workers were arriving in taxis, after crossing through holes in the fence. Some boarded buses and vans that were waiting to take them to work in Israel.  Most were holding cups of coffee.  We also saw a lot of traffic on the Palestinian side, where taxis picked people up near the holes in the fence.

Older people, who do not need permits,  complained that their crossing hours at the checkpoints were limited.

Along the road leading from Barta’a junction to Barta’a Checkpoint  there were two other points where people who had crossed through holes in the fence were being dropped off and picked up. The drivers had reorganized the roadside so that they could stop there safely.  There were signs of burning at one of these places.  Is this the remains of gas grenades that the army had thrown there?

At Barta’a Checkpoint only Palestinians who live in East Barta’a or work in the seamline zone can cross because of COVID–19.  This is the reason for the strange phenomenon of crossings through holes in the fence.

06:40 – Four seamstresses, who work in the industrial zone near the settlement of Shaked, were waiting under the shed, and 20 workers in the night shift at Shahak were returning to the West Bank.

There were only a few cars in the parking lot and the kiosk was not yet busy. The crossing for workers in Barta’a and residents only starts later. The checkpoint has been remodeled and expanded recently, but the number of people who cross here in the morning is small.

The checkpoint was open and soldiers were on duty.  We saw cars and people on the Palestinian side , who were not crossing, and a car on the seamline zone side which was waiting.  It appeared that we had arrived when the soldiers were performing a simulation of a situation where a Palestinian attacked with a knife and injured a soldier, and the soldier was being evacuated.  Why would someone with a knife cross at the checkpoint when they can go through a hole n the fence?

As soon as the drill ended 10 people and five cars quickly crossed.

We met the coffee seller who had worked at Reihan – Barta’a checkpoint. He wants the holes in the fence closed up because people no longer cross at the checkpoint and he does not sell coffee.