East Barta'a Junction: Free passage from the West Bank to Israel without restrictions | Machsomwatch
Skip to main content
Back to reports search page

East Barta'a Junction: Free passage from the West Bank to Israel without restrictions 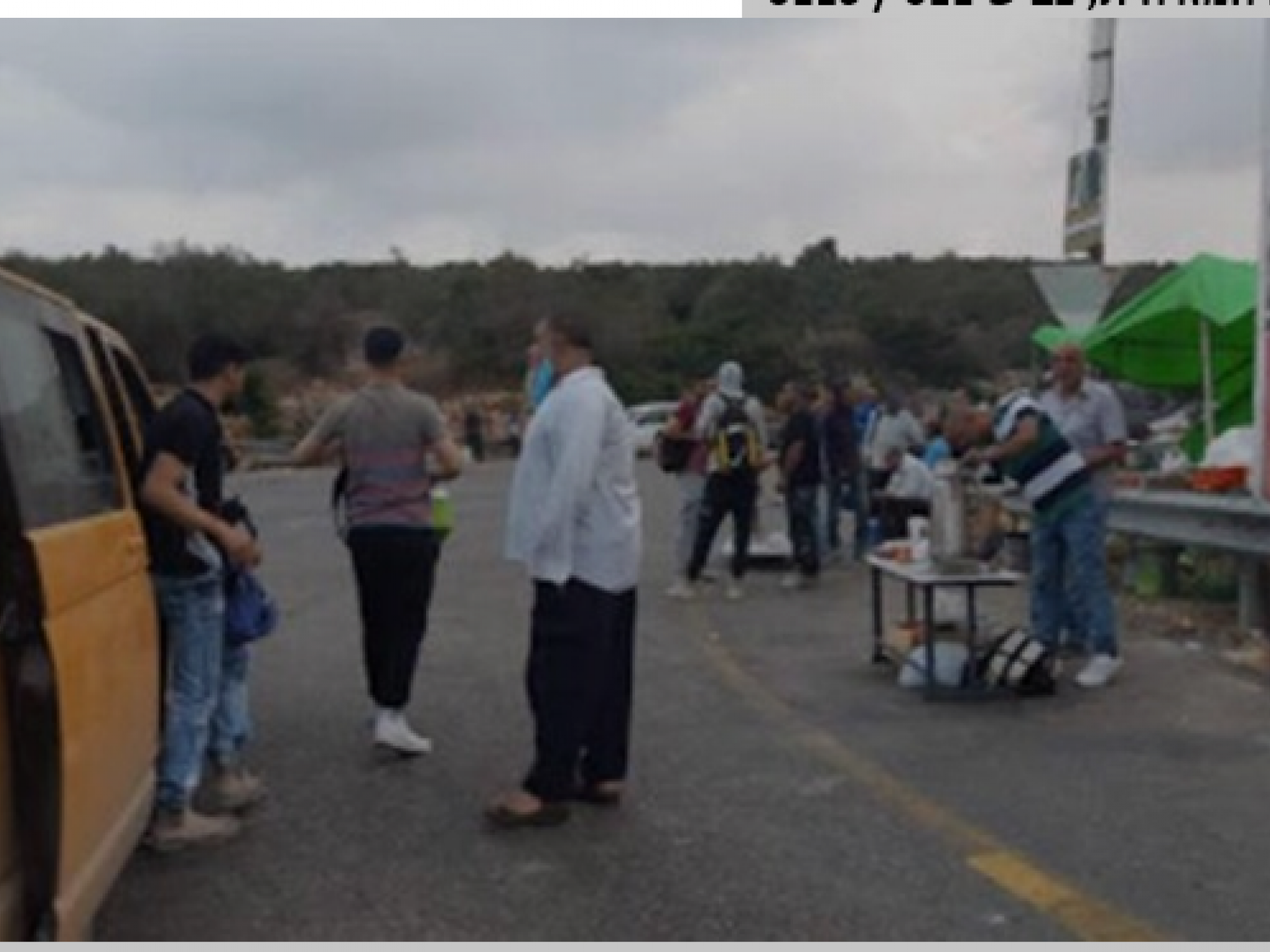 East Barta'a Junction: The main crossing from the West Bank to Israel has moved here. There are no restrictions

As we anticipated, it was refreshing to see the area that’s so familiar to us through the eyes of Vivi, this morning’s notable guest.

From the Barta`a checkpoint south along Highway 611 groups of Palestinians can occasionally be seen along the roadside.  They’ve crossed from the West Bank (for work in Israel or to seek work in Israel) through gaps in the separation fence.  Sometimes soldiers also stand there.  The Palestinians may simply be waiting for taxis to bring them to the east Barta’a junction where a central bus depot has come into being, crowded with people, buses, contractors’ minibuses and taxis with Israeli plates.  The separation fence is equipped with checkpoints and cameras, and perhaps additional electronic devices, as well as securely locked yellow iron gates

, but all along its length are gaps, both small and large, which allow tens of thousands of Palestinians to come and go from the West Bank to Israel.  Corona?  Security authorizations?  Nothing.

Military presence at this hour is neither serious nor extensive.  From time to time an army vehicle drives along the road and returns…as if playing a game like Pokemon Go based on a multi-layered phenomenon part of which is physically real and another portion enables the players to obtain additional, real-time information about where they are.  Who operates it?  Why?  Until when?

In recent weeks there have been reports of tear gas fired in the areas of the gaps at people out in the open.  The orders aren’t clear.  Part of the game?

Individuals and groups dribble down the hillslopes of Area A, on foot and by taxi, their flow merging toward the junction where sellers of coffee and cigarettes await them.  People know the festival will soon end.  How?  They feel it.  They agree that all this confusion is intended to permit as many people as possible to go work in Israel.  Few wear masks.  “The Palestinian Authority isn’t a party to this disorder.”  Really?

Two tractors and about five people on foot cross.  Others crossed here earlier through a very sizeable gap in the fence, that’s large enough for a tractor, next to the locked metal gate.  People complain – agricultural crossing permits aren’t being renewed.  My son must help me harvest olives and they don’t give him a permit even though he has the necessary documents.

People receive permits that specify the number of times they’re permitted to cross to the seam zone.  Owners of less than one dunum of olive trees may cross only 120 times during three years.  Owners of larger areas may work under the usual arrangement, twice a week.  The number of permits will double for the olive harvest, but only for the duration of the harvest.

A tractor and a man on foot cross without being delayed.  There’s a gap next to the locked gate, the first we saw six months ago.

,” which has recently been lengthened to reach the parking lot.  The idea behind the innovation:  to divert to the parking lot the heavy traffic from the main road at the checkpoint entrance.

Not many people at the checkpoint now, but many cars.

Hermesh checkpoint – we arrived, looked around, returned toward Yabed junction.

Yabed checkpoint – soldiers in the tower, cars travel to and from Jenin without delays. 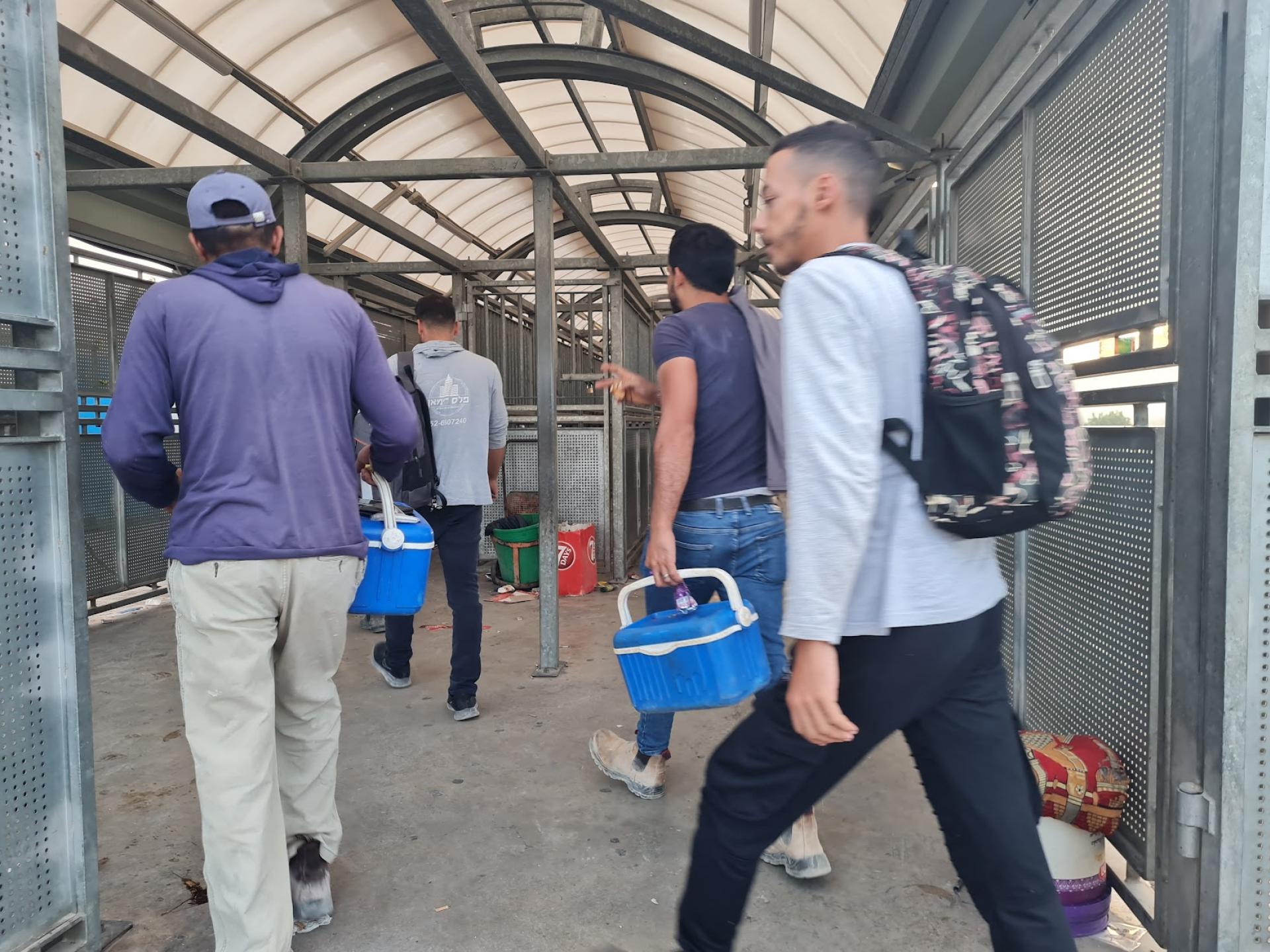 Barta`a Checkpoint: the passage in the shed is fast