Qalandiya - Crossing of some Palestinians prevented due to "Corona closure"

A Smooth, Fluid Morning with One Important Exception

We arrived at 6:00 a.m. and stood at the bottom of the steps leading to the three entrances to the checkpoint for an hour, during which the procession into the building was quick, smooth, and devoid of queues.

However, for the first time after many months, perhaps since the opening of the new checkpoint two years ago, we were approached by three men asking for our help with an acute issue. And their problem relates to us all because it is likely to crop up at other checkpoints as part of what appears to be a new policy.

The three men have valid entry permits and a document showing that they have received the first shot of the Covid vaccine (and the date for the second). One of them said that he had passed through the Qalandiya checkpoint the previous morning with no problem. But this morning when he placed his entry permit on the scanner of the machine that enables automatic entry, the machine responded with a red X and blocked him from passing through the turnstile. The same happened with the other two. They approached the soldier in the nearby booth in the hope that an attempt to enter through him would succeed. But it didn't, and the soldier told them that the reason for their being blocked was "Corona Lockdown." Meaning what (as there is no lockdown in Israel now)? He didn't say.

We likewise had no idea what "Corona Lockdown" meant in this context. So we began brainstorming with them. Where were they coming from? Perhaps they lived in a "red zone" or locked-down area of the West Bank and that was blocking their entry into Israel (according to the wealth of information built into their biometric permit). They said they came from Bethlehem, which is neither red nor locked down. Perhaps their employer summarily canceled their permit for reasons unknown to them (not uncommon). Only one had a permanent employer, whom he had informed this morning and asked for help (which he did not receive) but did not suspect him of such a rude maneuver. The other two were per diem workers and also had no reason to believe that their permits had been canceled. And so on.

We rang Hannah Barag to see if she had any insight into this development, and at the end of the conversation, we told them we would enter the checkpoint together with them at 7:00 (as everything else was going smoothly) and see if we could help them inside. In any case (as we were careful not to build up their hope that our efforts would necessarily succeed) we suggested that at 8:30, when it opens, they go to the Qalandia DCO (which issues permits) to clarify what the new category "Corona Lockdown" entails, especially as there is no lockdown in Israel or in the part of the West Bank from which they hail and they have begun the vaccination process.

Once, inside, their attempt to go through the turnstile again failed. We waited to speak with a policeman standing nearby and when he freed up to address us we asked to clarify what the term "Corona Lockdown" actually means. "You will not interfere in this!" he barked at us. "Get out of here!" (How quickly we forgot how nasty the police at Qalandiya can be.)

Fortunately, standing nearby was a security guard who witnessed the "incident" with the policeman. And when the latter soon departed, he took it upon himself to explain, patiently and in detail—first to us in Hebrew and then to the three Palestinians standing with us in Arabic—his understanding of the term "Corona Lockdown" in this context. This is what he told us:

Prohibiting entry into Israel due to "Corona Lockdown" can derive from three things:

(A) that a member of one's nuclear or extended family is currently suffering from Covid-19 or has been exposed to it and is in quarantine. How broad is the definition of "extended family"? An uncle or cousin? The cousin of a cousin? Anyone with the same family name? The answer is not clear. But it's possible to clarify this on a personal basis (see below).

(B) That the permit holder has been blocked from entering Israel because he comes from an area in the West Bank that is considered Red (Covid-ridden), in Israeli terms.

(C) That the Palestinian Authority has characterized the permit holder as a danger to public health for one reason or another, presumably related to the Covid pandemic.

As we had likewise advised earlier, the security guard recommended to the three men that they apply to the DCO (once it opened at 8:30) for an explanation of why they, in particular, had been placed in the Corona Lockdown category—and with any luck to be exempted from it.

We expressed our heartfelt thanks to the security guard for his help. We parted from the three men who had asked for our help with our best wishes for a good outcome at the D.C.O. And we promised to inform the members of MachsomWatch of what we had learned about this new policy, which suddenly appeared this morning without prior warning or explanation—as things have a way of doing in these parts with regard to the Palestinians. 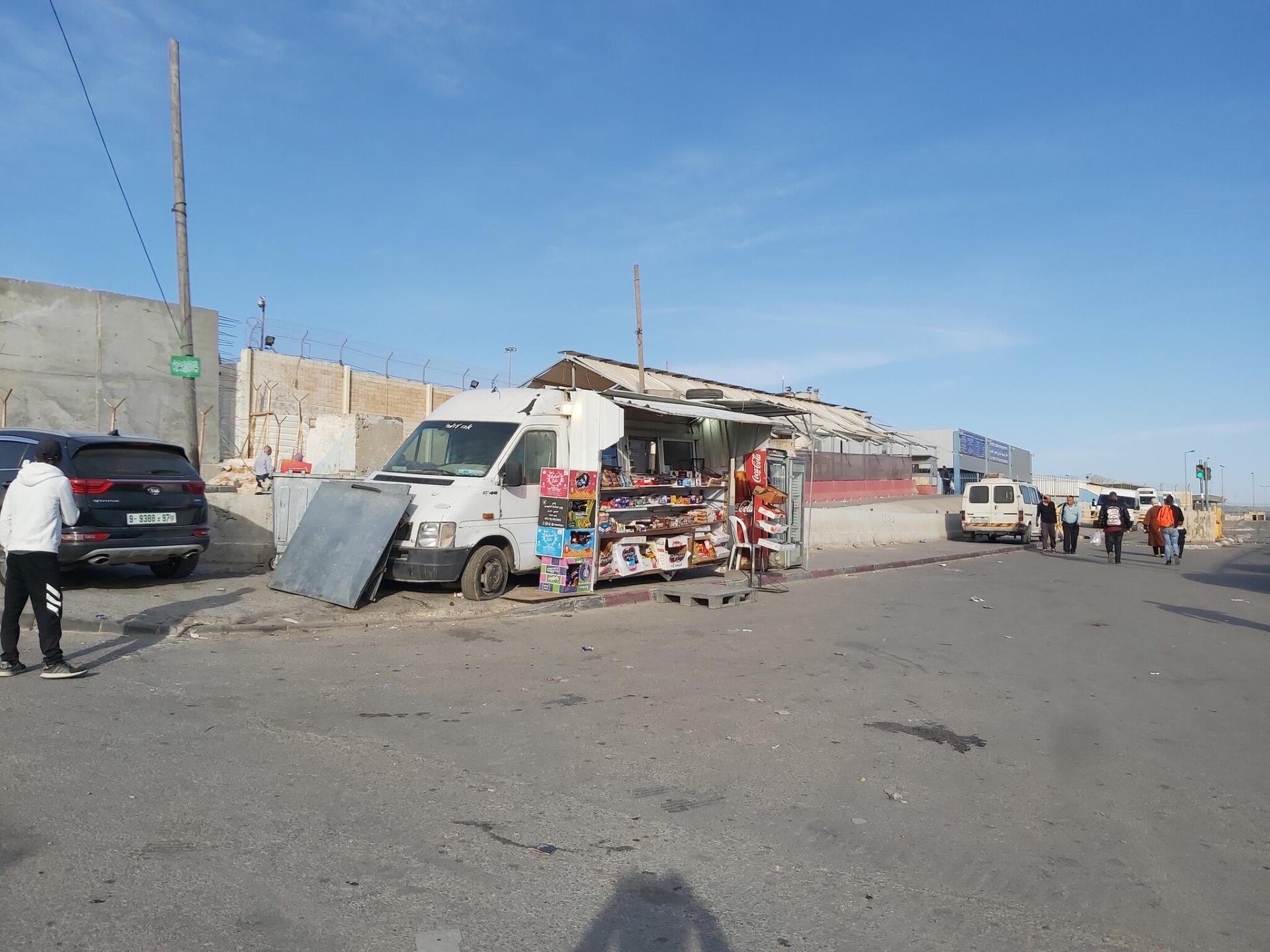